If you can’t make it to Paris but still long for a rich buttery croissant, you don’t have to look far in Chicago.

That wasn’t always the case. For decades, we suffered a terrible deficit of decent French bakeries. But in recent years and months, Chicago has seen the opening of Eclair Patisserie in Andersonville,  La Boulangerie in Lakeview, Cellar Door Provisions in Avondale, Vanille Patisserie in Lincoln Park and most recently, Beurrage in Pilsen. A Chicago location of Le Pain Quotidien is also set to open any day now in the Gold Coast.

Even Starbucks got in on French bakery act when it launched its own not-so-shabby line of croissants here last fall.

So what does this mean for Chicago croissant lovers? That depends on whom you talk to.

My Chewing the Fat co-host Louisa Chu is not impressed by the Chicago offerings, which she deems just “OK.” As Louisa OFTEN reminds me, she lived and cooked in Paris for years, and is consequently, “spoiled.”

When I suggested that she lighten up and join me on a quest to find five really delicious croissants in the city, she scoffed and said something like “c’est impossible!.”

So, after we finished interviewing Beurrage baker Jeffrey Hallenback (whose croissants Louisa likes) on a recent Saturday, I set off with my 10-year-old daughter to find buttery bliss.

I started with a list of recommendations from foodies, colleagues and Facebook friends and quickly nibbled it down to 10 that I could munch in the next week. Facebook commenters suggested some that I didn’t get to including those from Ely’s Pancake House (four locations), Bon Jour Bakery in Hyde Park and St. Roger Abbey in Vernon Hills.

When all was said and done, we had a tie for No. 1 because Louisa only voted for one. I found four more that I would proudly serve on my table. They ran between $2.50 and $3.50 and all are worth it for the occasional decadent morning meal. Here they are: 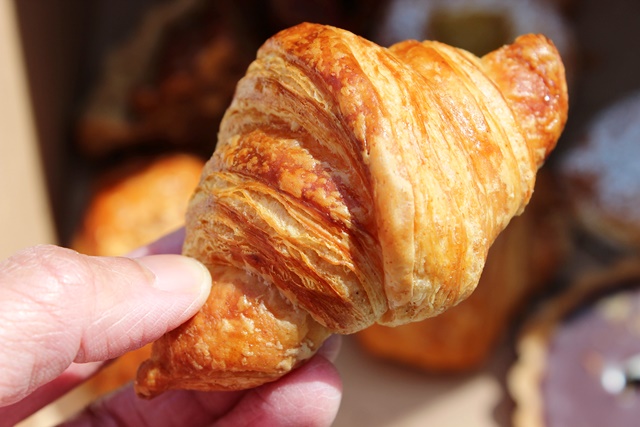 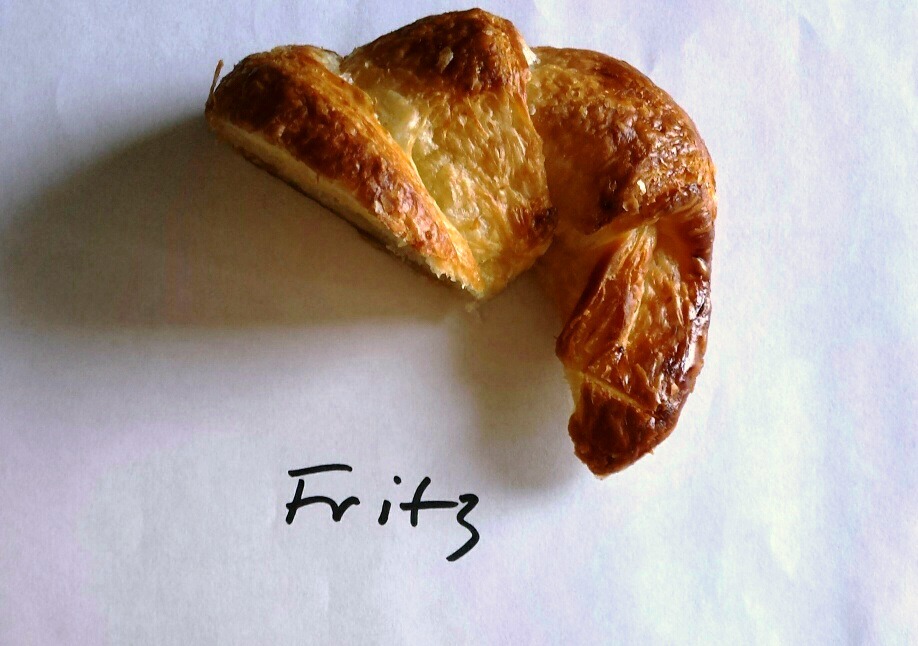 Fritz Pastry: Well-browned, complexly flavored croissants that are so criminally rich and buttery that you’ll look around for the cops as you eat them. We think the ham and cheese version are THE best handheld breakfast in Chicago. 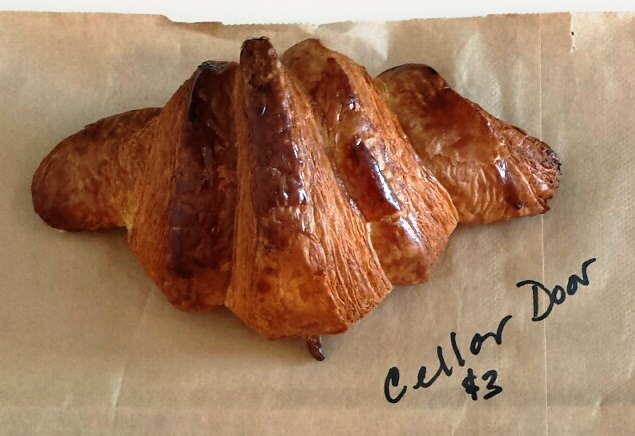 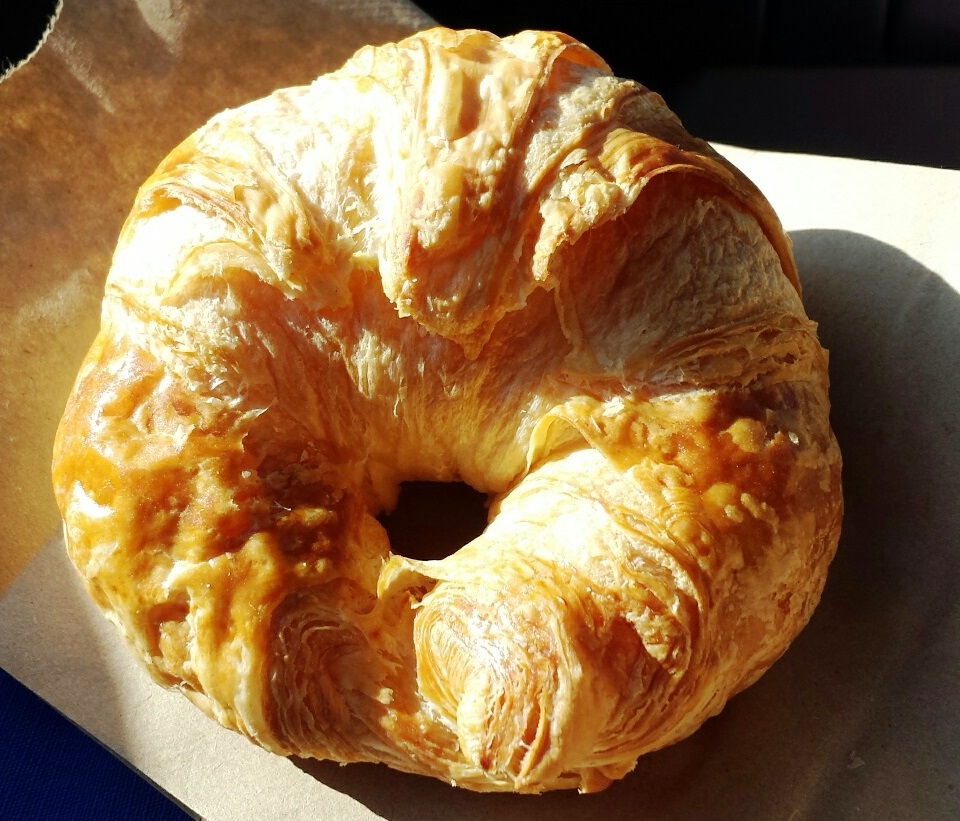 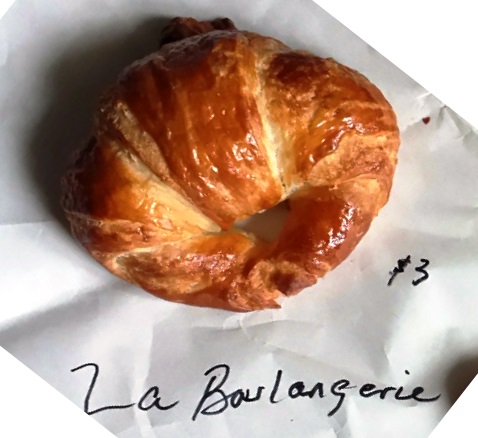 4.La Boulangerie: Not gorgeous but full of a flakey but dense and flavorful dough. 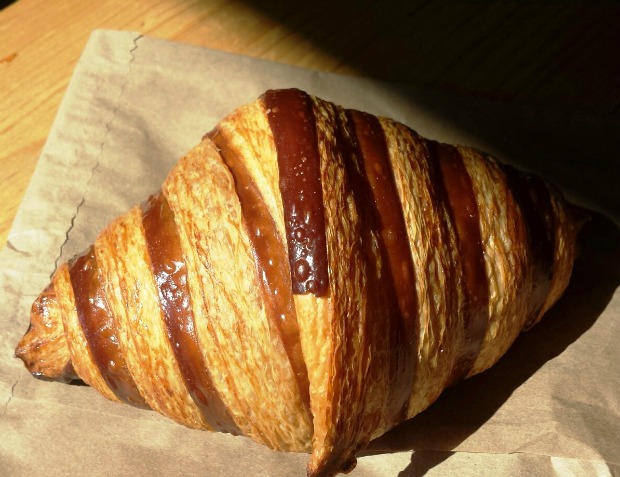 5. Éclair Patisserie: Delicate and buttery and we love the striping on the pain au chocolat and the little bag of 5 to go.