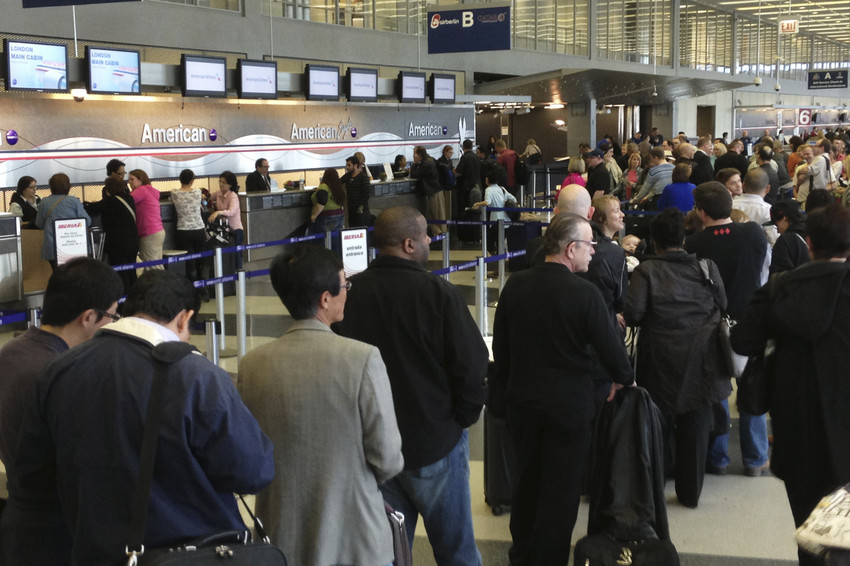 Not that Democrats have ever been particularly good negotiators, but it’s possible President Barack Obama’s namby pamby adjudicating may have rubbed off on them, to bad effect.

Just last Friday, finally given a chance to show their courage in the sequester battle, the Democrats blinked — hard. by agreeing to a bill that allows the Federal Aviation Administration to bypass, at least for now, sequester-mandated cuts, the Democrats actually agreed to a strategy that basically hands the budget battle victory to the Republicans.

Do you remember the sequester? It was supposed to be so damn bad both sides in Washington were going to be forced back to the negotiating table, bipartisanship would have no choice but to emerge from the bitter pill of automatic cuts to the federal budget, without regard to need or politics: Head Start, the military — every favorite program was going to be guillotined.

When the Republicans didn’t fall for that and allowed the sequester to go into effect, the White House — which unconvincingly disavows the sequester as its idea — went on a campaign to warn about the hardships the cuts would cause. Things were going to get so bad, we were all going to be really sorry. And, in fact, things were going to get so terribly bad, the people would rise up and blame the GOP and then the Dems would have the upper hand and things would get fixed, probably.

There’s still a White House page with many dire warnings such as this: “Harmful automatic budget cuts — known as the sequester — threaten hundreds of thousands of jobs, and cut vital services for children, seniors, people with mental illness and our men and women in uniform. These cuts will make it harder to grow our economy and create jobs by affecting our ability to invest in important priorities like education, research and innovation, public safety, and military readiness.”

Except it hasn’t happened that way. Not that the sequester isn’t slicing and dicing: It is. But the very nature of the cuts means the pain is being administered slowly, over a huge swath of programs, and most people haven’t seen a big change in their lives post-sequester.

So you’d think once the cuts actually started to squeeze people in a noticeable way — like say, hours long delays at the nation’s airports because of furloughed air traffic controllers — that the Dems would turn around and say, “See? This is what we mean. And it’s going to get worse.”

And then, you know, maybe the Republicans would at least have to explain their position.

But no. In fact, not at all. The Democrats completed caved. The vote wasn’t even close: unanimous in the Senate and 361 to 41 in the House.

The Dems agreed to a Republican bill that allows the FAA to shift funds to keep air traffic controllers working, and to keep travelers from being inconvenienced. And in doing so, the Democrats have given the GOP a blueprint on how to get around any other cuts to favored programs they’d like to alleviate.

In other words, the Democrats have given away whatever leverage they might have had had — especially because Obama has agreed to sign this bill, as is his wont, without concessions (like, say, Head Start in exchange for the air traffic controllers).

Let me be even clearer: The Republicans have figured out how to save programs important to their relatively privileged constituencies. The Democrats have completely sold their constituencies — especially the poor, young people, and women — down the river.

Obama and the Democrats are back out there now talking about ending the sequester, how it’s unfair to this and that program, and that the Republicans need to come back to the negotiating table. But why would be the GOP ever do that?