Weather forecasts play an important role in our lives; we rely on them to decide what to wear, when to plan a family barbecue, or even whether to evacuate our home.

Good thing weather prediction has been improving. There have been major advances in satellite tech, computer models and super-computer hardware, and we’ve also gotten better at interpreting data. So much so that today’s seven-day forecast is better than three-day forecasts were during the early 1980s, according to Victor Gensini, a professor of meteorology at Northern Illinois University.

Let’s take them at their word: Weather prediction has gotten better. But despite increased accuracy, some parts of America still feel unpredictable relative to others. At least, that’s how Connecticut-native Tony Reynes feels about it.

“I’ve always lived in places that were pretty easy to predict,” he says. Then he moved to Chicago, where it can be 70 degrees, and then the fog rolls in and it drops to 50, he says.

He’s especially sensitive to this, given that he loves weather photography and sailing.

His question for Curious City: Is it harder to predict the weather in Chicago than in other places?

For an answer, we turned to several experts: Gensini; Angela Fritz, a meteorologist with The Washington Post; and Eric Lenning, a veteran meteorologist with the National Weather Service. None of them were eager to boil this down to a simple yes or no answer, but they generally agree where Chicago would lie on a “weather predictability scale.” (If there were such a thing!) But like with forecasting in general, they certainly don’t agree on everything.

Below are some highlights from our interviews with these three weather experts. These interviews have been edited for brevity and clarity.

Is it more difficult to predict the weather in Chicago than in other parts of the country?

Eric Lenning: No matter where you are as a local forecaster, you always think your area is the most challenging. I think it's because you understand those local challenges better than someone might if they're not faced with those challenges on a daily basis. But I would put [Chicago] in the upper half of difficult areas to forecast.

Angela Fritz: Chicago is less predictable than, say, the Southwest. Detroit is pretty close, so you’d expect them to be around the same [as Chicago], but in Detroit they know what’s going to happen a little bit better than in Chicago. But you have it a lot better than, say, the Dakotas. But unpredictability is kind of a scale. It’s not either unpredictable or predictable; it just gets a little more difficult to forecast.

Victor Gensini: There are some cities that are harder to predict than others. Chicago would certainly be in that upper end of the difficulty range in predictability.

So what makes it somewhat more difficult to predict the weather in Chicago?

Gensini: So it depends on the time of year and what you are trying to forecast. ... The lake can play a huge role in making it difficult to forecast, but I will come back to the idea, still, that this depends on the season. There are certain seasons, for example spring, where the lake could have a huge impact on the forecast. In the summertime, the lake doesn't really have a large impact. Also, the closer you are to the lake, the larger you will see that modification. [But] our weather models we use to help us forecast do incorporate Lake Michigan.

Lenning: So it’s in part because of the range of conditions we see in Chicago, between severe weather, violent tornadoes, dangerous blizzards, bitterly cold temperatures, and heat waves. But we also have a big lake there next to us that can throw a big question mark into a lot of forecasts. You could have a certain winter storm move through the area and if that exact same storm happened to be 300 miles west [of here], it would be a much more straightforward forecast than one which includes a warm body of water in the middle of it. Lake Michigan also stays warmer than some of the other [Great Lakes] because it extends farther south, and in the winter time that can be significant.

Name a place that’s harder to predict than Chicago

Fritz: Tornado alley [in particular, the portion from North Texas up through Nebraska] because severe weather tends to be harder to predict and that is where much of the severe weather is concentrated.

Lenning: The Eastern Seaboard, where they get nor’easters [which are very unpredictable]. This is a massive metropolitan corridor of the United States. Throw into that you have some terrain out there with the Eastern Appalachians and the Adirondacks, you have transportation challenges, you have shipping and marine challenges. You have just so many people in an area where the weather can be challenging. I think all of those factors combined make that an extremely tricky situation.

So if we’ve gotten better at predicting the weather, why does it always feel like the forecast is wrong?

Lenning: I think a big part of the reason why people often feel like the weather forecast is unreliable is that they're not necessarily paying close attention to the source of their forecast. You see more and more activity from amateur bloggers. What some of the apps are showing also bears no resemblance to the forecasts I know are coming from the National Weather Service. I also think it's hard to communicate sometimes. ... When we're talking about a range of snowfall for a given event, do people understand that we're talking about the range across the entire Chicago metropolitan area, where some areas are likely to see more and some are likely to see much less snow?

Fritz: People notice when the forecast is wrong. You know, if we say it is going to be sunny and warm and it ends up, like, drizzling that day, you will notice. But when the forecast is right, no one notices. So we actually are really good at forecasting. But the problem is we do get it wrong and it impacts people's lives in a very meaningful and direct way. So we often take the heat for it.

Where should people get their forecast?

Gensini: I would suggest that folks go to the source, so the National Weather Service. That's what your taxes are paying for, and that information is freely available to you through the website. But I will say that I have a soft spot for Tom Skilling [WGN-TV]. I think he's one of the best on-camera meteorologists, and we're so lucky to have him in Chicago.

Fritz: Tom Skilling is a legend in Chicago forecasting. I tend to look to see what Tom is saying because the amount of time that a forecaster has been in an area, it matters. The 30-year forecaster in Chicago is also going to outperform just looking straight at the model data, because he or she will be able to apply their knowledge of the bias [in the models] and of all the very special weather patterns of Chicago.

Lenning: Naturally, I have to say the National Weather Service. [Recall, he works there!]

More about our experts 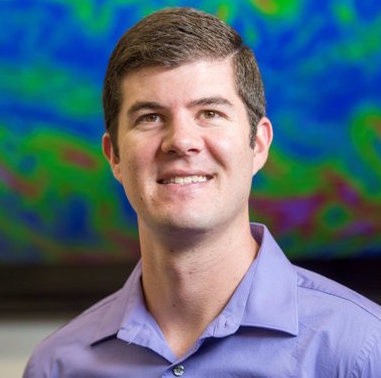 Victor Gensini is a professor of meteorology at Northern Illinois University in DeKalb. He became interested in the weather in high school, when a tornado struck his hometown of Putnam County, Illinois. “Unfortunately, it killed eight people. It wasn't a particularly good forecast, and I started asking questions,” he says. (Photo courtesy of Victor Gensini) 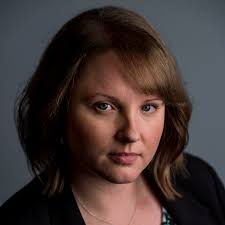 Angela Fritz is a meteorologist with The Washington Post. “I've always been into weather, ever since I was a little kid. I grew up in Ohio, so we had wide-ranging seasons, and you know we'd get severe weather in the summer, and I love thunderstorms. And then, in the winter we get, you know, 70 inches of lake-effect snow,” she says. (Photo courtesy of ‘The Washington Post’) 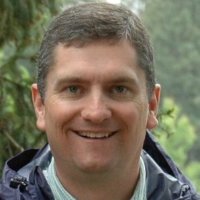 Eric Lenning is a meteorologist with the National Weather Service in Romeoville, Illinois, where they make forecasts for Lake Michigan, 18 Illinois counties, and five counties in Northwest Indiana. He has worked for the NWS for 20 years. “My dad would take me outside, sometimes when the weather was changing, and he talked about how the winds are now out of the South and pretty soon they'll be out of the Northwest. I had an upstairs bedroom with a cloud chart next to my window,” Lenning says. (Photo courtesy of Eric Lenning) 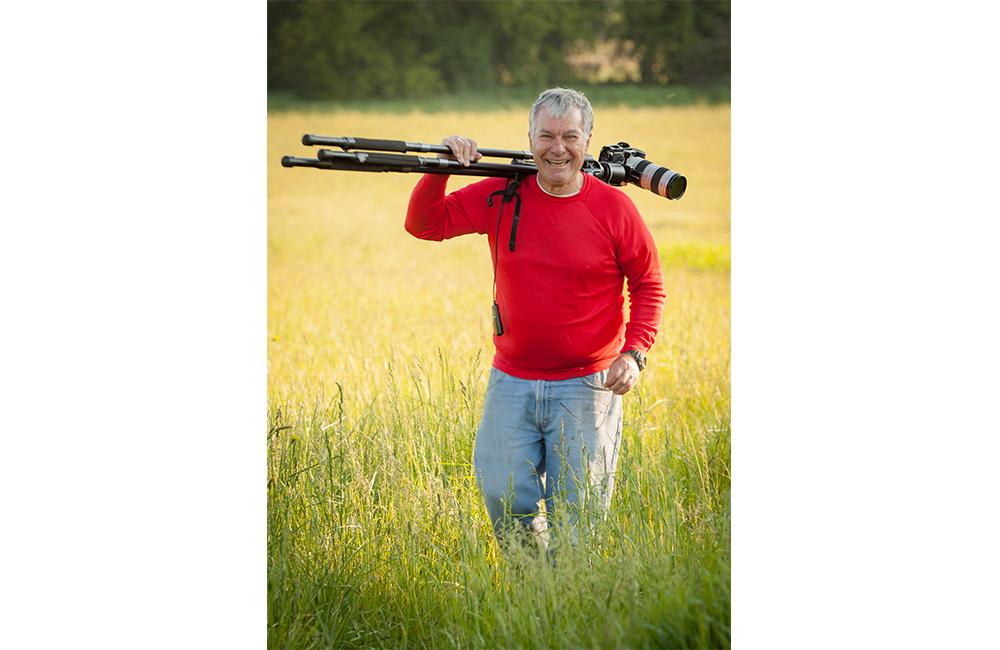 Tony Reynes is originally from Fairfield County, Connecticut, where he says it felt like you always knew what to expect from the weather.

In Chicago, that’s not the case.

“It seems to me out in Chicago, God knows where it’s coming from next,” Tony says.

A self-described “weather geek,” Tony says he tunes into Tom Skilling’s evening forecast on WGN. His brother-in-law is a commercial pilot and he also swears by Skilling’s forecasts, Tony says.

When he’s not checking Skilling’s weather reports, Tony is looking at his favorite weather apps: Weatherunderground, Weather.com, and Hi-Def Radar.

Tony says after learning more about how the weather in Chicago gets forecasted, he’s kind of “a little bit in awe of a number of variables that I never think about that go into making this amazing stew that we live in.”

He’s not likely to ease up on his consumption of weather reports.

Alexandra Salomon is the editor for Curious City. Follow her @AlexandraSalomo.