“If I were mayor of Chicago, it’s one of the things I would destroy immediately,” Wood said of his budding political platform.

This single stoplight has inspired a number of questions from Curious City fans who, like Wood, were presumably trapped in traffic thanks to this light. Those questions included: Does the light at LSD and Chicago Ave. cause or prevent more traffic? Others, like Wood, wanted to know why the stoplight operates during the evening rush hour and not during the morning rush hour. 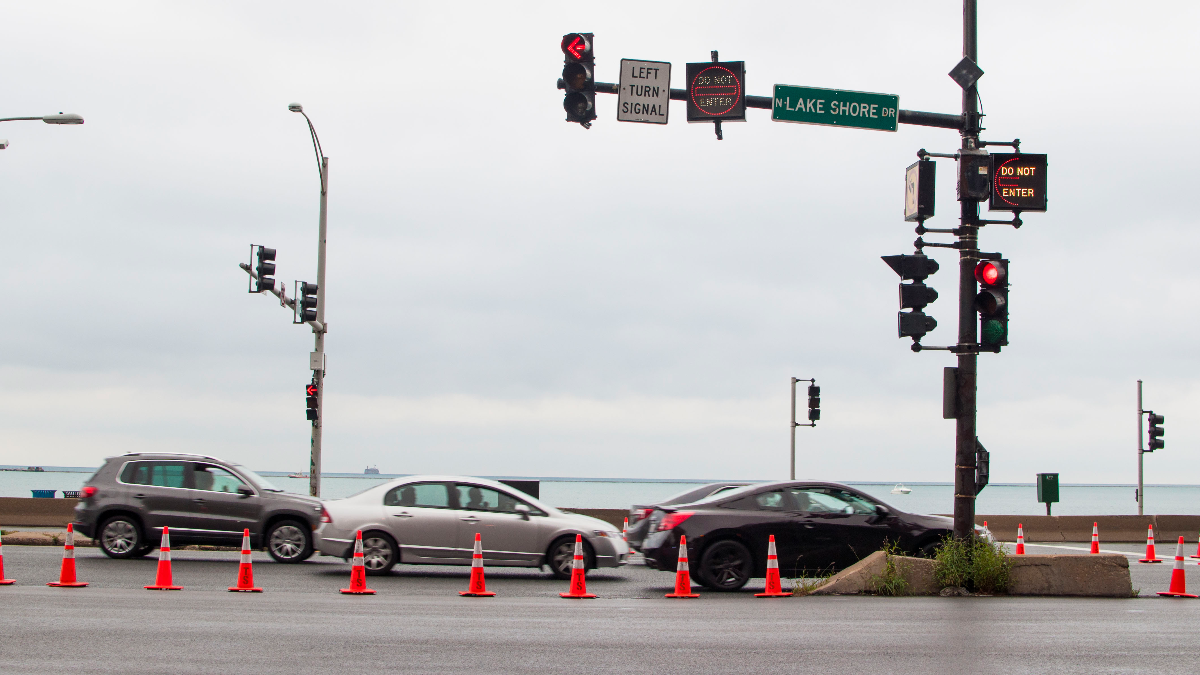 Funny enough, city officials have asked their own questions about the stoplight. They’ve come up with proposed changes, but you might be waiting in traffic for a while.

Perhaps unsurprisingly, the intersection at Lake Shore Drive and Chicago Avenue snagged an “F” grade for the “level of service” it provides during the evening rush hour, according to a 2014 report by state and city officials. This grade refers to drivers’ access on and off the drive but shows how difficult it is for both those already on the drive and those trying to leave or enter it.

City officials say that while the stoplight causes headaches for evening commuters on North Lake Shore Drive, it helps people drive to and from nearby universities and hospitals, which you can see in the map below. City officials say access for ambulances is not a factor in keeping the exit open, but these organizations face traffic problems when the stoplight remains green throughout the morning rush, the 2014 report found.

The stoplight also helps people who work in the Streeterville area get home, says Jeffrey Sriver, who heads planning and programming for the Chicago Department of Transportation.

But if the city can essentially close the intersection in the morning and keep traffic flowing on North Lake Shore Drive, why not do the same during the evening rush hour?

Nearly 900 vehicles use the Chicago Avenue intersection on weekdays between 5 p.m. and 6 p.m., so shutting it down means nearby entrances and exits at Grand and Michigan avenues would see more traffic, Sriver says.

City transportation officials have proposed eliminating the stoplight by creating a flyover and ramps at Chicago Avenue, the kind of ramps seen at most exits and entrances off of Lake Shore Drive. The proposal, called Redefine the Drive, would require an expansion of the area with landfill to make room for the ramps and a park.

But completing this project will take some time. The planning process is expected to finish in 2020, and the actual construction might not wrap up until 2040, Sriver says.

When we brought these answers to Erik Wood, he seemed less than thrilled.

“Oh great, so by the time we have flying cars and teleportation, the city will have fixed the Chicago Avenue problem on Lake Shore Drive, which we won’t have to use anymore,” he said.

Wood said the city’s rationale for the stoplight — that it helps universities, hospitals, and people who work and live downtown — doesn’t make a lot of sense in a broader context.

“The city is sacrificing people who live and work in neighborhoods, from Old Town to Evanston, for a very small population that lives and works in Streeterville,” he said.

More about our questioners 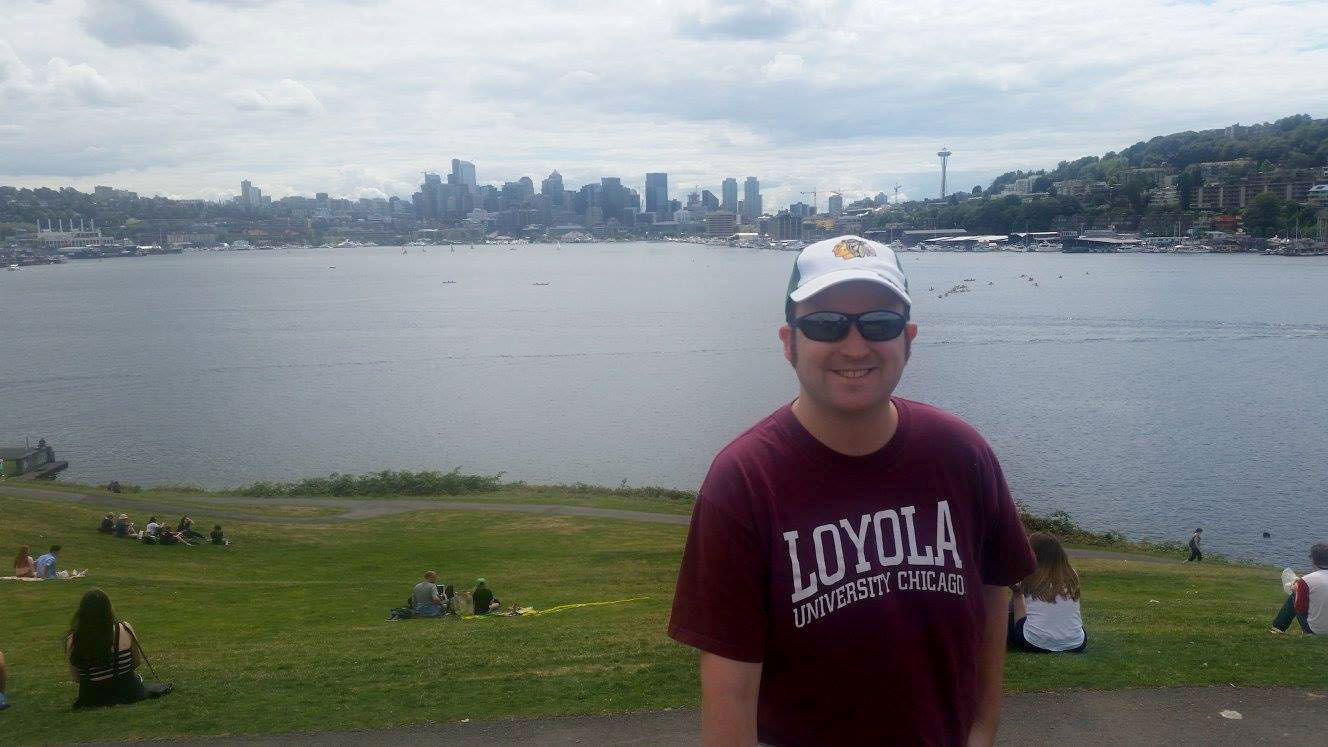 Erik Wood, who is an auditor for a public accounting firm, grew up in west suburban Villa Park, which he likes to remind people is “home of the Ovaltine factory and Portillo's.”

When he lived in Chicago, he frequently traveled on Lake Shore Drive for work. He now lives in Des Moines, Iowa, where he says “the traffic is much better.” 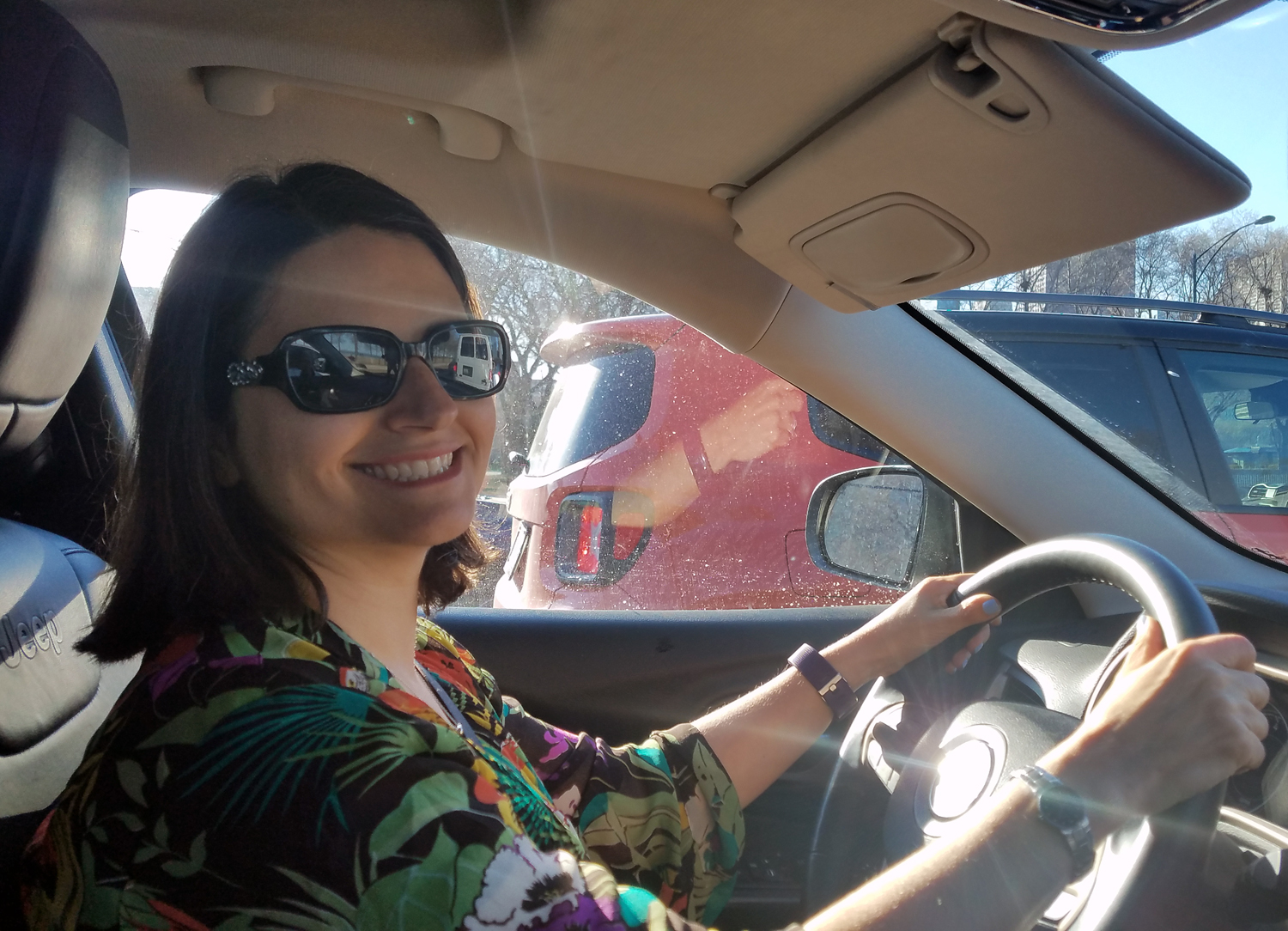 Elissa Gitlow works at the University of Chicago’s Chapin Hall, where she researches and evaluates programs for at-risk youth and families. She moved to city 20 years ago and lives with her husband, son, and rescue dog. On most weekdays, Elissa’s commute takes her from the North Side to the South Side along Lake Shore Drive, a route that raised her awareness of the Chicago Avenue stoplight.

She says she loves Chicago’s lakefront, the local theater scene, and all of the great places for biking and dog walking. But she says there’s one thing she’d change to make the city more enjoyable.

“That would be to turn off the light at Lake Shore Drive and Chicago Avenue.”

Monica Eng is a reporter at WBEZ. Write to her at meng@wbez.org or follow her on Twitter @monicaeng.