The Medinah Temple, one of the most fanciful buildings in the Downtown shopping district, is up for sale for the first time since an extensive restoration transformed the former auditorium into a massive Bloomingdale’s home store.

The building was originally built as a 4,200-seat theater for the Shriners, a social organization established in New York in the 1870s. Today, the stage that was once part of circuses and dances is concealed by large curtains in the 130,000-square-foot furniture and housewares store.

Whoever buys the building will get a beautiful city landmark — and a controversial exercise in cultural appropriation.

The Shriners organization, which was started by white men, appropriated many motifs and design elements from Middle Eastern architecture, including mosques. Those influences are visible throughout the building, which the organization said was located in the “Desert of Illinois; Oasis of Chicago.” 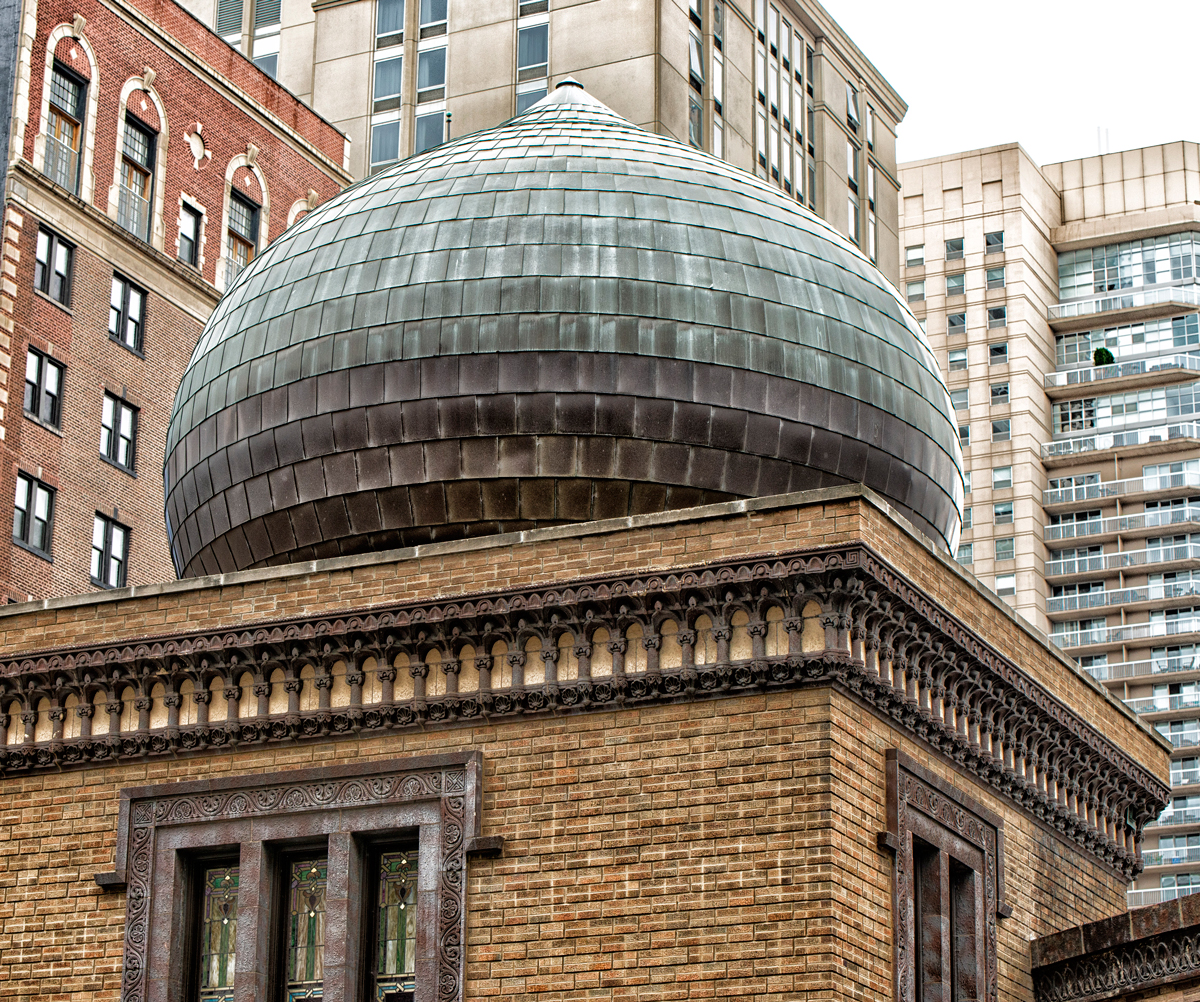 Built in 1912, the domes, pointed arches, and colorful interiors of the Medinah Temple were part of a style known as Moorish Revival.

Here’s a look at temple’s structure and why it was built.

Who are the Shriners?

The Shriners were founded as an offshoot of the Freemasons. The group, known as the Ancient Arabic Order of the Nobles of the Mystic Shrine for North America, was supposed to be an outlet for “mirth” and relaxation among male friends.

The group borrowed from the era’s images of indulgent Middle Eastern men relaxing in exotic desert oases. That borrowing is why Shriners wear a red fez — and why their temples share a similar architectural style all over the country. 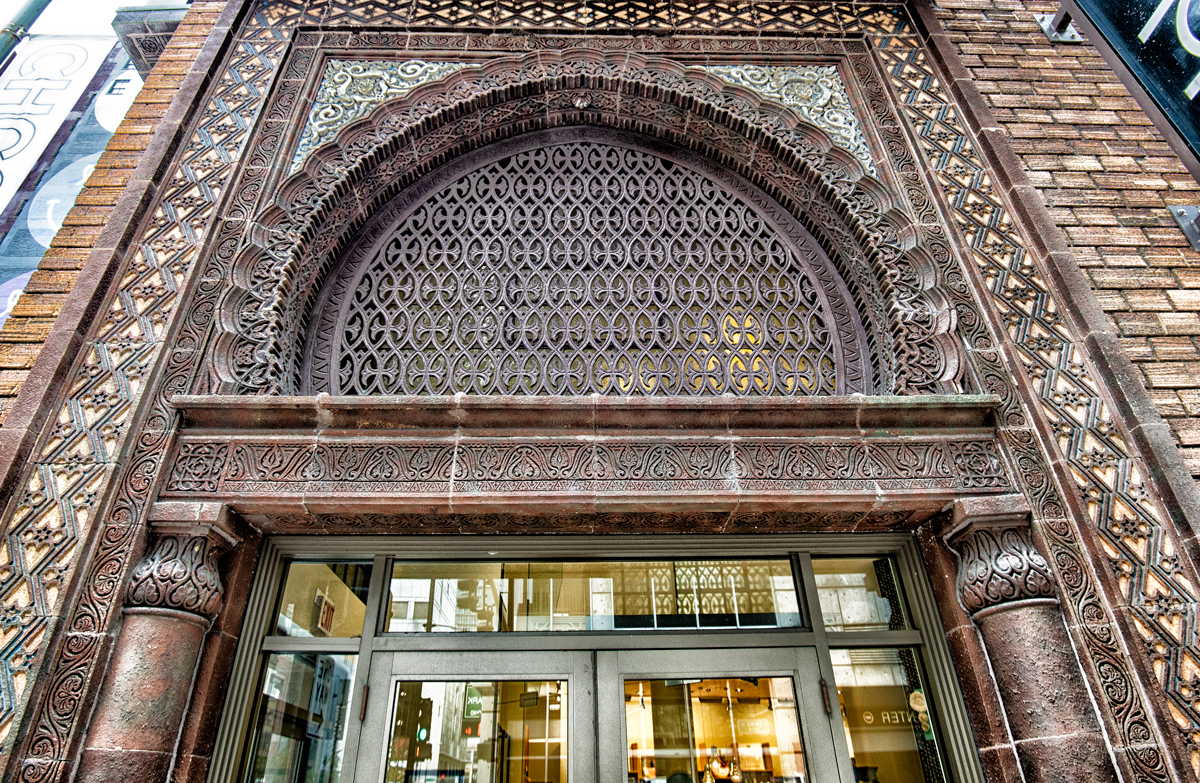 The Shriners even called New York “Mecca” after Islam's holiest city, where the Prophet Muhammad was born and where an archangel made the revelations that would eventually become the Quran.

In the 1870s, the Shriners spread to Chicago, where the group officially organized in 1882. The Second City became known as Medinah, named after Medina, the second holiest city of Islam where Muhammad's empire began and he was later buried.

Membership in Chicago was about 11,000 when the Shriners tapped the architecture firm of Huehl and Schmid to design a four-story temple with an auditorium and basement-level banquet hall that could seat 2,300.

Harris Huehl and Gustave Schmid, who were both Shriners, designed the stunning building at 600 N. Wabash Ave. with oversized bricks, dozens of stained-glass windows, ornamentation, and arched windows and doorways. The main dome is 80 feet wide and modeled after a dome at the Hagia Sophia, a historic mosque and former church in Istanbul. 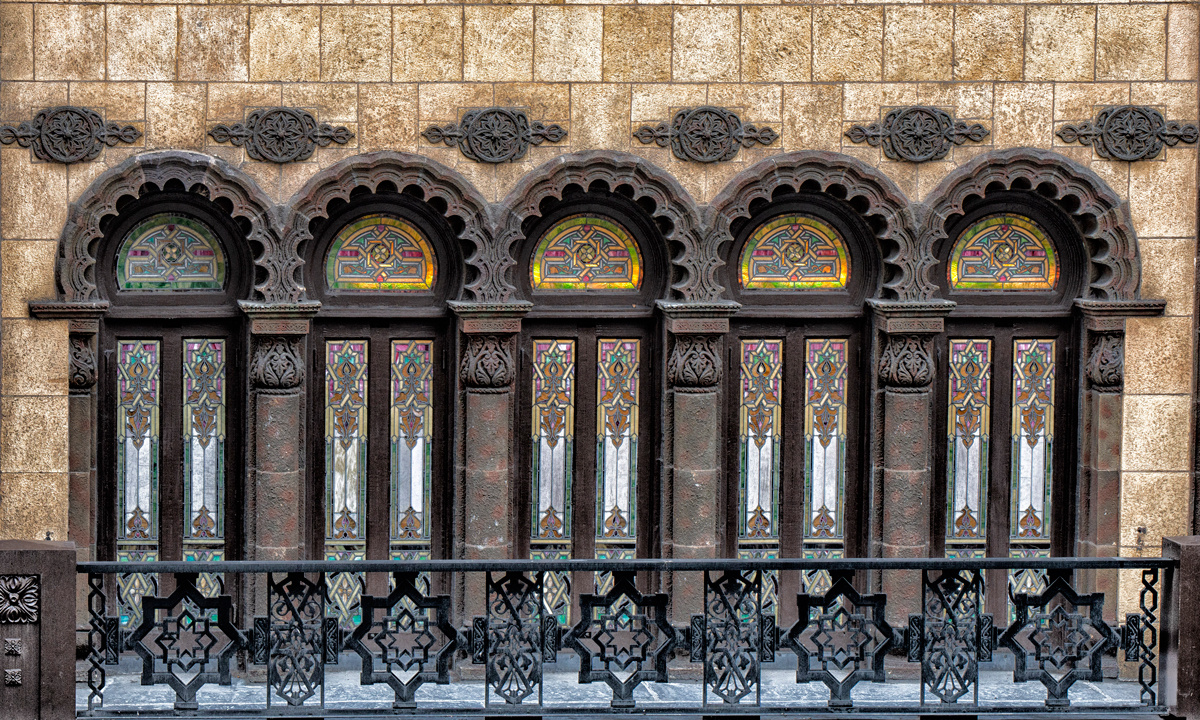 The most egregious example of cultural appropriation is written all over a decorative frame that wraps the main entrance. The innermost layer of the frame, on what looks like white lace on a brown background, is Arabic script of the phrase “There is no God but Allah.”

The phrase, which is repeated on the building numerous times, is the first declaration of faith for all Muslims. The creed is often carved on the entrance to mosques. 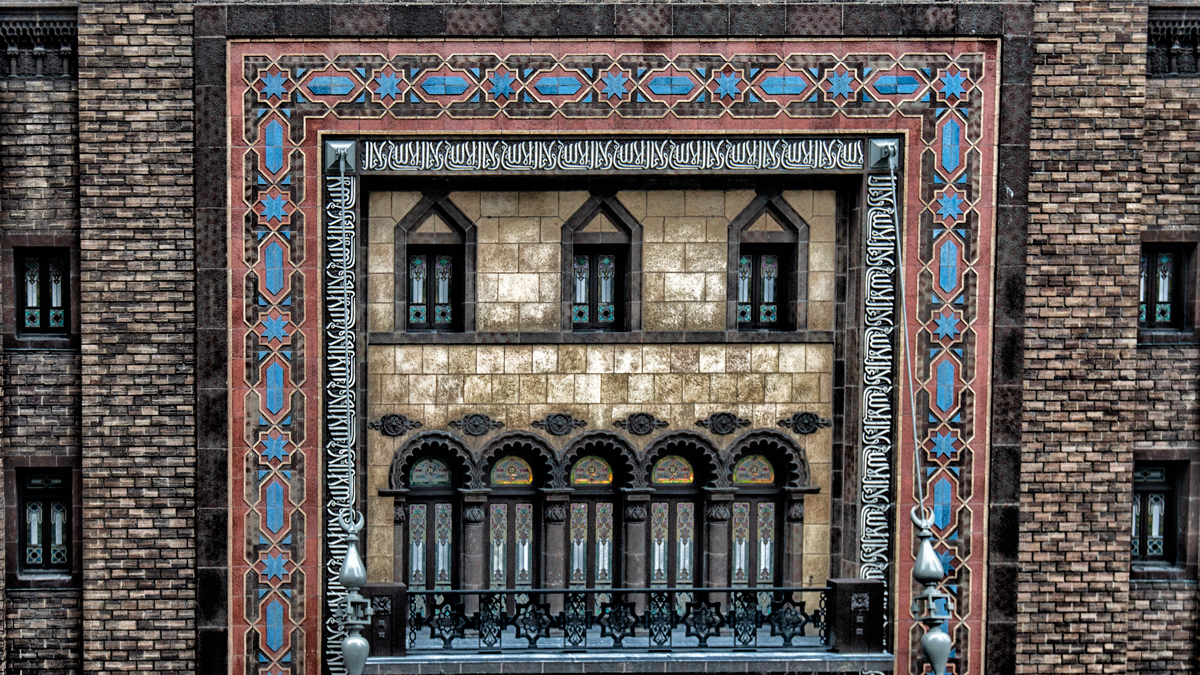 The choices made by an all-white social organization in 1912 are not likely to sit well in the more inclusive 21st Century.

The swastikas in the tile floors, which were used for their ancient connection to Hindu tradition, have been covered by carpet for more than 20 years because of the association with Germany's Nazi era. But it will be more difficult to cover up the writing that goes three stories high around the front door.

Where are the Shriners today?

The Chicago Shriners sold the Downtown building in the 1990s and are now based in a fake-Moorish style building in west suburban Addison. They still call themselves the Medinah Shriners, and their website says they are “dedicated to fun and fellowship but with a serious purpose.”