Cook County Board President Toni Preckwinkle on Thursday was forced to defend a new campaign ad in which she takes credit for helping expose the truth about the Chicago police killing of Laquan McDonald.

In the commercial — her first as a candidate for mayor of Chicago — a voiceover reads: “Sixteen shots, nine in the back. Facts that the police and city officials tried to bury. Facts that Toni Preckwinkle brought to light.”

Community activists and her fellow candidates blasted the commercial as insensitive, inaccurate, and an obvious ploy to distract from the controversy surrounding Preckwinkle’s ties to federally indicted Ald. Ed Burke.

“This ad that she puts out, it just re-opens the wounds all over again. Sixteen shots, nine to the back. We don’t want to relive that situation all over again. It was very opportunistic of her, it was very distasteful. And to us, it was a complete, utter, slap to the face,” said activist Will Calloway. “She’s not going to utilize Laquan, that’s what she’s not going to do. She’s not. We don’t play about that.”

Calloway helped get the dashcam video of McDonald’s death released to the public and has been the face of the so-called “justice for Laquan” movement.

“She never reached out to us for 2 1/2 years, but now that she’s in hot water because of this … Ed Burke situation, she chose to take this route. It’s understandable, but it’s not acceptable,” Calloway said.

Calloway was flanked at a press conference Thursday by a handful of other activists, including Lamon Reccord, Camiella Williams, and Jedidiah Brown. 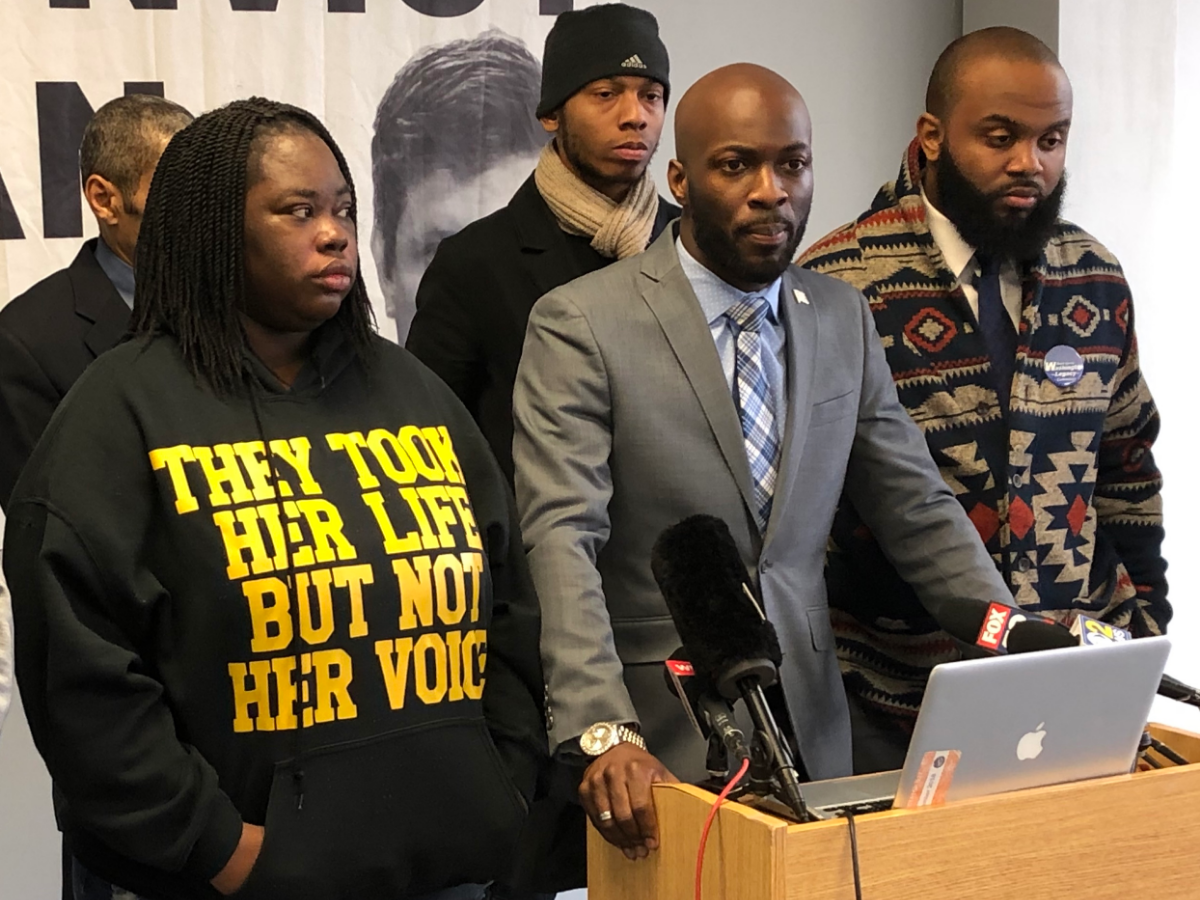 Brown said they had spoken with “countless” other activists who were offended by Preckwinkle’s commercial, which Brown called “manipulative.”

“Its intent is to show her as a champion when she was barely a partner or an ally,” Brown said.

Preckwinkle was a source for journalist Jamie Kalven, who was the first to report on what really happened the night Van Dyke killed McDonald.

At her own press conference Thursday, Preckwinkle said activists deserve credit for their efforts, but said she stands by her role in bringing the truth to light.

“As Cook County president, I used my power to expose that Laquan McDonald was shot 16 times, nine times in the back. At the same time, the mayor, the police superintendent, and the state’s attorney were actively covering up his murder,” Preckwinkle said. “When I’m mayor, there will be no cover-ups, only accountability.”

Preckwinkle refused to answer questions about whether the McDonald ad was an attempt to distract from the Burke controversy.