On May 24, 1920 the Chicago police staged their biggest gambling raid in years. Forty-seven people were arrested at a single location—the bleachers at Cubs’ Park.

Club officials had been aware of the problem for some time. The gamblers had staked out their own section of the stands. Anybody in the park who wanted to place a bet knew exactly where to find the action. 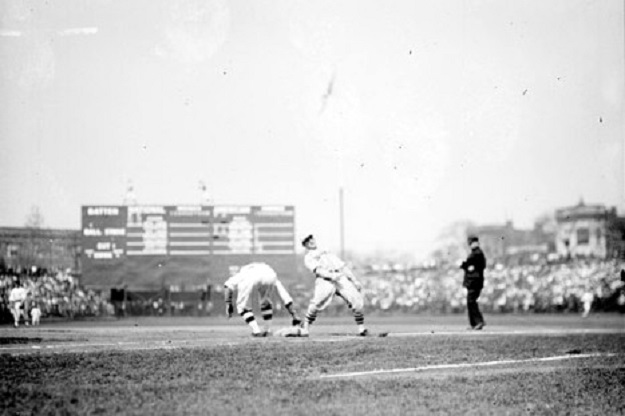 The Cubs were playing the Phillies. Once the gamblers knew who was pitching, they could calculate the odds and accept wagers on the outcome of the game.

When play got underway, the action in the bleachers was even more intense. Now there was betting on each pitch.

"A dollar the pitcher changes his windup on the next one!"

"Two bits they send in a pinch-hitter the next time around!"

"Who wants ten dollars on the runner? Ten dollars says he streaks down to second!"

At the end of the first inning, the undercover cops all stood up. In one voice, they announced: "You’re all under arrest!" 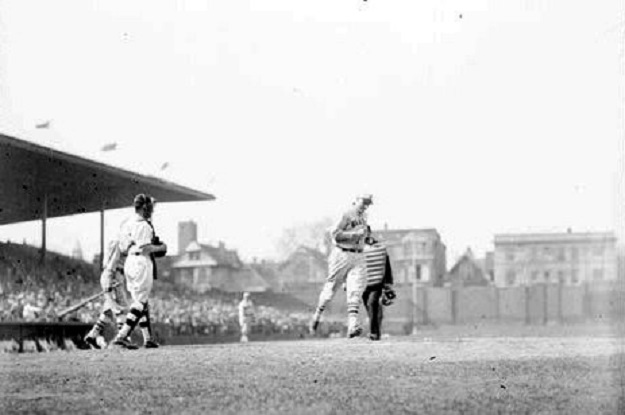 The gamblers went meekly. One of them tried the sympathy angle. "Do you want to break up a home?" he pleaded to the nearest officer. "My wife will get a divorce if she finds out about this."

The cop was unmoved. "Six bits says she finds out," was his answer.

At the Town Hall Station, the 47 gamblers were charged. They were each released on $25 bond. Four of them didn’t have enough money. They’d have to spend the night in jail, and probably lose their night-shift jobs.

Then one of the other accused men stepped forward and posted bond for the four. He didn’t know any of them, but that made no difference. "I have faith in human nature," the Good Samaritan said. "I’m betting they show up in court."

What happened next? The papers lost interest in the story, and nothing more was reported. The final decisions are buried somewhere in a set of musty court files.

Cubs’ Park is now called Wrigley Field. Is there still gambling in the bleachers?

Wanna make a bet on it?