Carolina Gaete’s life as an activist clashed last year with her life as a mom when she learned her son Nico, a quiet kid who stays out of trouble, was erroneously labeled by police as a member of a gang.

And then there was this: Gaete came to suspect that Chicago police stationed at her son’s former school, known as school resource officers, are the ones who identified him as a gang member.

Since then, she’s been on a crusade.

“Nico is one story, but there are many stories I hear from the youth that we work with,” said Gaete,  who runs Blocks Together, a Humboldt Park organization that fights for better schools and against the over-criminalization of teenagers. “We want to make sure we can prove 100 percent that these school resource officers are a source of some of our kids being put in the gang database.”

While the Chicago police don’t call it a database, they have had a system in place for about 20 years that allows them to type in a name and find out whether a person has ever been identified in a police record as a gang member and their gang affiliation.

Gaete’s quest exposes problems activists have been highlighting for years. They charge that among the several hundred thousand people in the database, many don’t know they are on it, how they got there and they don’t know how to get off it. And, most important, they say it’s often wrong.

This week, the city’s inspector general is planning to release a long-awaited report on the gang database. It is expected to take the Police Department to task for the lack of transparency and guidelines concerning who is put in the database.

Gaete said it would be terrible if students going to school to be educated are leaving with a harmful label that follows them for the rest of their lives. What’s more, she said, it would show one of the worst consequences of stationing police in schools.

Others think Gaete is on to something. Vanessa del Valle, an attorney with the MacArthur Justice Center at Northwestern University, said it is possible that school resource officers are entering young people into the gang database.

Del Valle included Nico’s case in a civil action lawsuit about the gang database. It charges that false designations can prevent people from finding work and getting licenses, immigration relief and housing, as well as lead to higher bonds and longer paroles if they are convicted of a crime.

Chicago Public Schools officials declined to comment for this story. In the past, they have said they do not want school-based police officers or other officers who may interact with students at school to include students in a gang database. They insist that is not what the police are in the schools to do.

But a previous report by the city inspector general criticized the school district for not having any written agreement with the Police Department. The inspector general noted its investigators could not even get an accurate list of which police officers were in schools, making it impossible to track what reports they were generating or whether they were accused of misconduct.

Many of the issues detailed in the inspector general’s report will be addressed under the federal consent decree signed by the city after the Laquan McDonald murder, according to the school district. Next year, CPS will work with the Police Department to spell out the roles and responsibilities of the school-based police officers.

In addition, under the consent decree, the school district will create a policy that will include what data the police can collect and how it can be used.

Gaete’s story begins when she learned from Nico’s school that police detectives were looking for him.

She was confused. Her then-17-year-old son was known for music and meditation, not getting in trouble. But she decided to bring her son to the station herself. She was nervous about police officers confronting him without her there.

“Not even a minute later, I felt that they kidnapped him,” Gaete said. Police said they were charging him with aggravated battery with a firearm. His bail was set at $750,000. He would need $75,000 to go home.

“I did not have that kind of money,” she said. 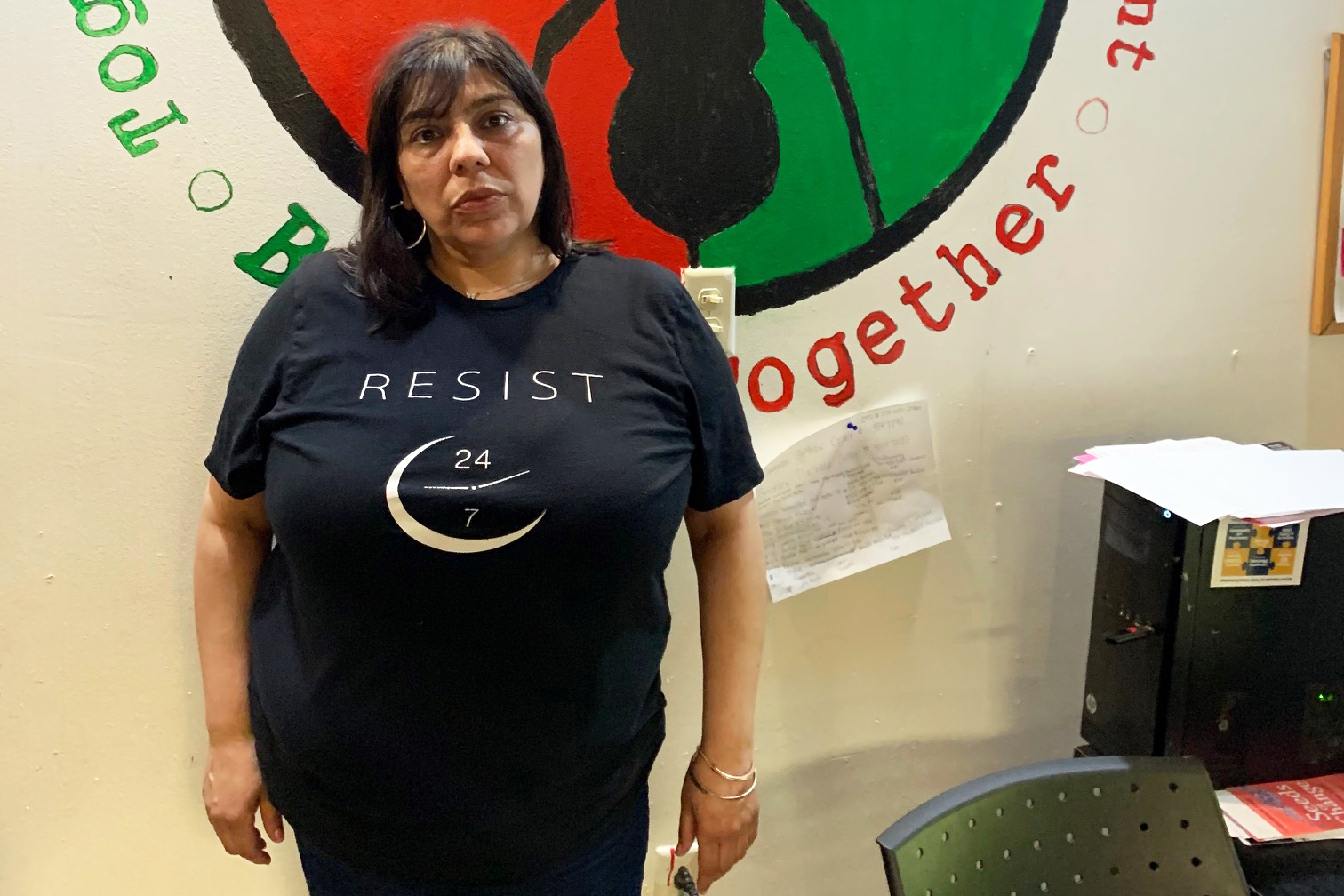 Nico was accused of shooting a member of the Latin King gang. Police thought he was part of a rival gang called the Two Six. That’s part of the reason they homed in on him.

To Gaete and Nico, this was absurd.

“We were laughing,” Gaete said. “He never once got into a fight in elementary school or high school. He was a nonviolent kid.”

Plus, Nico never would have survived in his neighborhood if he had been a Two Six gang member. She and Nico lived in an area dominated by the Latin Kings.

Then it dawned on her. The high school Nico had attended, Little Village High School, was known as a Two Six school.

She sent him there, even though it wasn’t their neighborhood school, because the school meant a lot to her. Gaete was part of a group that went on a hunger strike in 2001 to push for its construction.

One day, during his sophomore year, Nico came home to tell her the school resource officer had filled out paperwork on him because he had been late. At the time, she was furious and talked to the principal, but then forgot about it.

Fast forward two years and Nico was sitting in the juvenile detention center, charged with a serious crime. For weeks, Gaete was stressed out and couldn’t sleep.

Then, suddenly, the charges were dropped. It was a huge relief.

But Gaete only allowed herself a brief rest.

Since then, Gaete has become obsessed. She wants to prove her son was identified as a gang member by school-based police officers.

According to a copy of Nico’s arrest record obtained by Gaete, he “self-admitted” to being a Two Six gang member. Del Valle said that’s common. Police, she said, “check [that] box a lot, claiming that someone self-admitted because they didn’t have another independent criteria to label them as a gang member.”

Gaete filed a public records request to get the paperwork by the school resource officer but was denied. She was told the documents were withheld because her son was a juvenile at the time.

But Gaete is not giving up — for Nico’s sake and for other young people who may be unfairly labeled by school resource officers.

She has heard from other teens at her community organization, Blocks Together, about their interactions with police at Chicago public schools. They tell her police often fill out paperwork on them, even for school discipline issues.

She has brought in lawyers to help students submit public records requests to the Police Department, asking whether they are in the gang database. She said they deserve to know if they are part of it and, if so, how they got on it.

Gaete said the experience was rude awakening for her and Nico. She tried to shelter him at home and at school. She sent him to a North Side magnet elementary school and often drove him to and from high school.

“We had lived in the neighborhood all his life, and [I tried] to keep him safe and out of gangs,” she said. “It was really traumatic for him.”