A tornado with winds of 160 mph tore through Coal City one year ago today.

Reno Vignocchi, a resident of the community Southwest of Chicago, remembers that night. It was around 10 p.m. on June 22. He was about to go to bed.

That’s when he took his daughter and their pets to a crawl space. Vignocchi shut the door and held it. It took just a moment to lose the place he had called home for two decades.

“About 15 seconds,” Vignocchi said. “And it was major devastation at that point.” 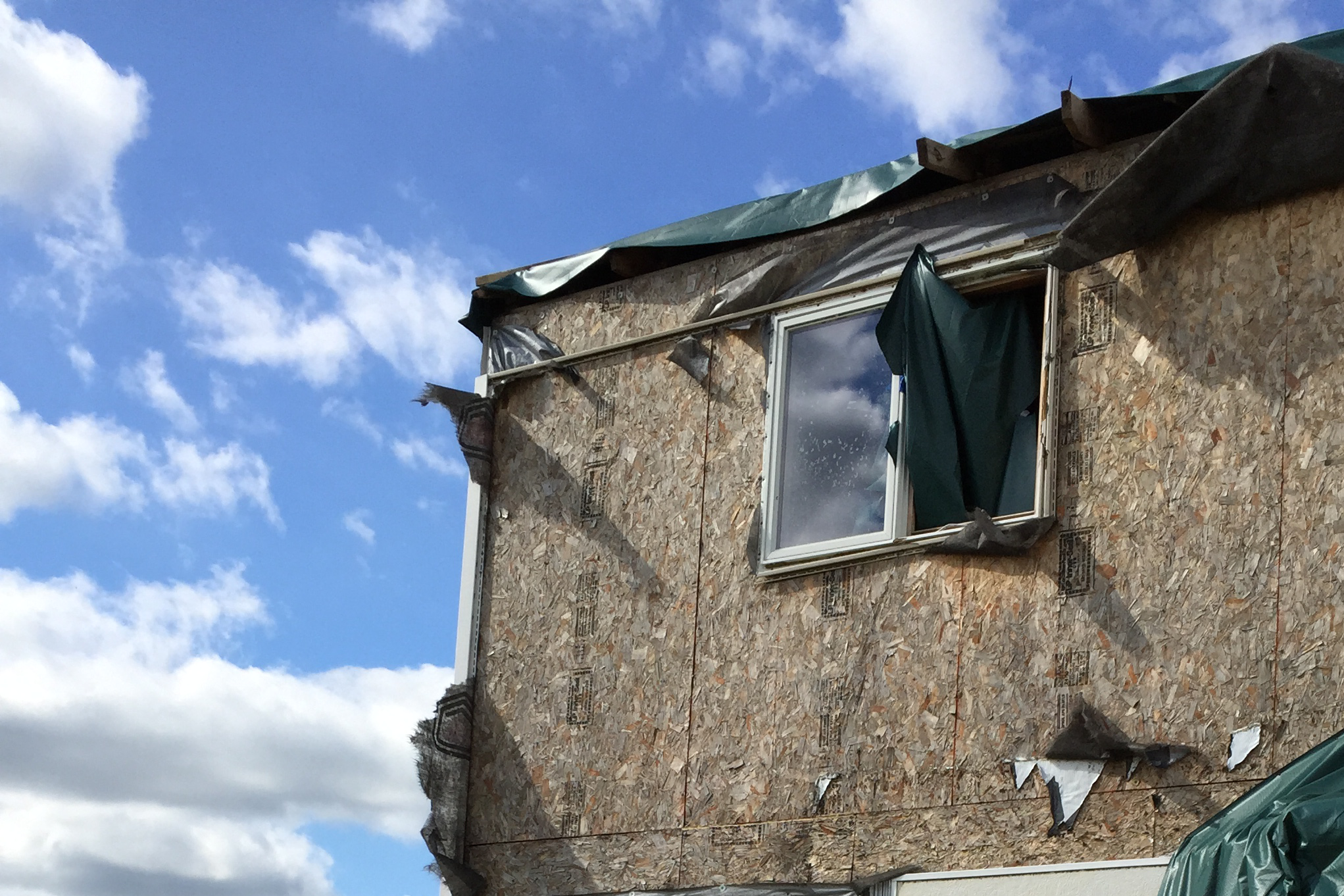 Days later, as people picked up the pieces, they also tried to pick up each other’s spirits. Throughout the town, words of hope and humor were spray-painted on buildings destined to be demolished. On one building someone wrote in huge letters, “It’s only stuff, we’re fine.” Another house had lyrics of a Rick Astley song: “Never Gonna Give You Up, Never Gonna Let You Down.”

On Vignocchi’s boarded up garage, he spray-painted a playful plea for The Stanley Cup to visit Coal City after the Blackhawks won the NHL championship. 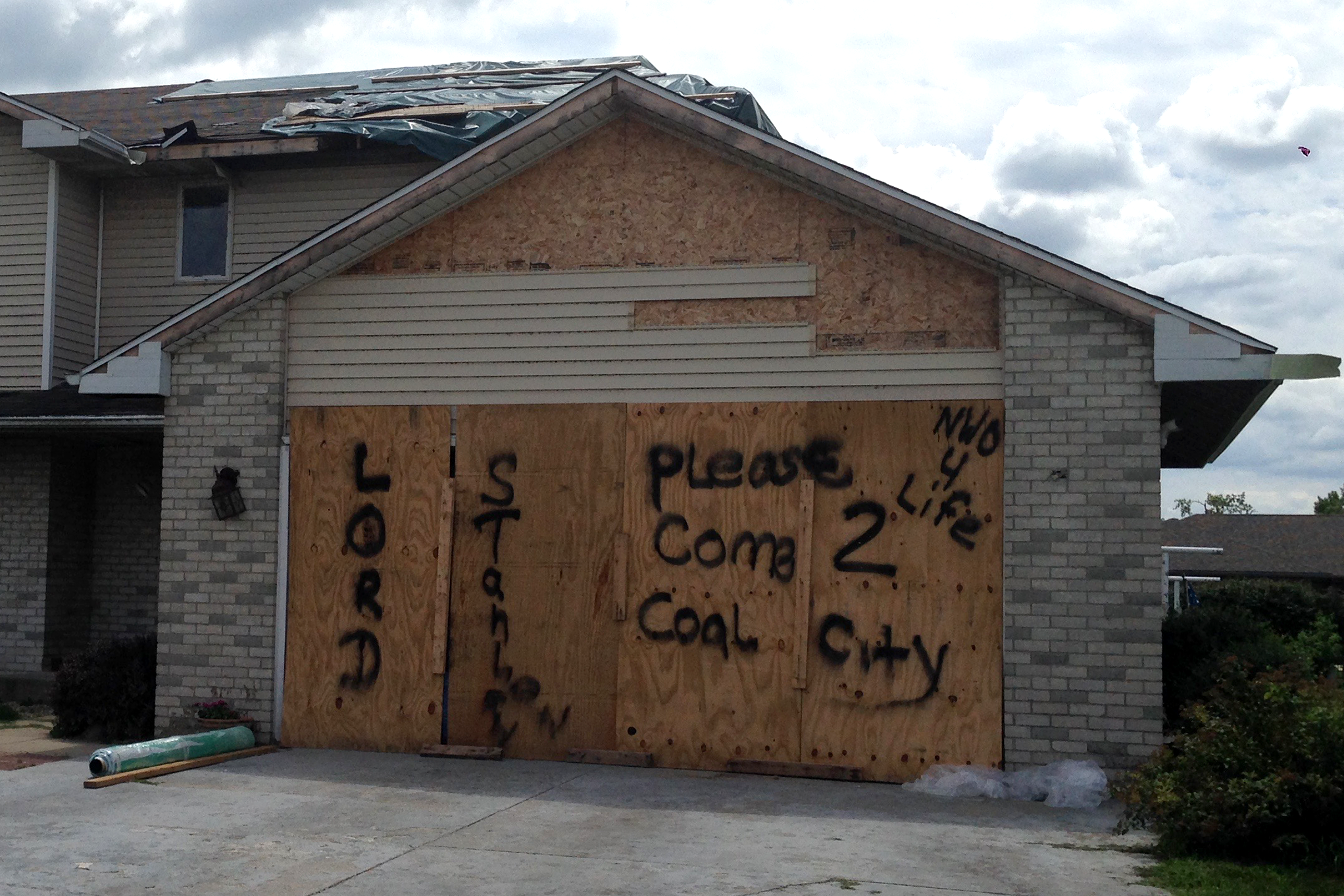 Despite damage to his home that required a complete rebuild, Vignocchi thought it could’ve been worse.

“I was pretty much like ‘I’m alive, I’m talking’, said Vignocchi. “We just gotta rebuild, start over, you know?” 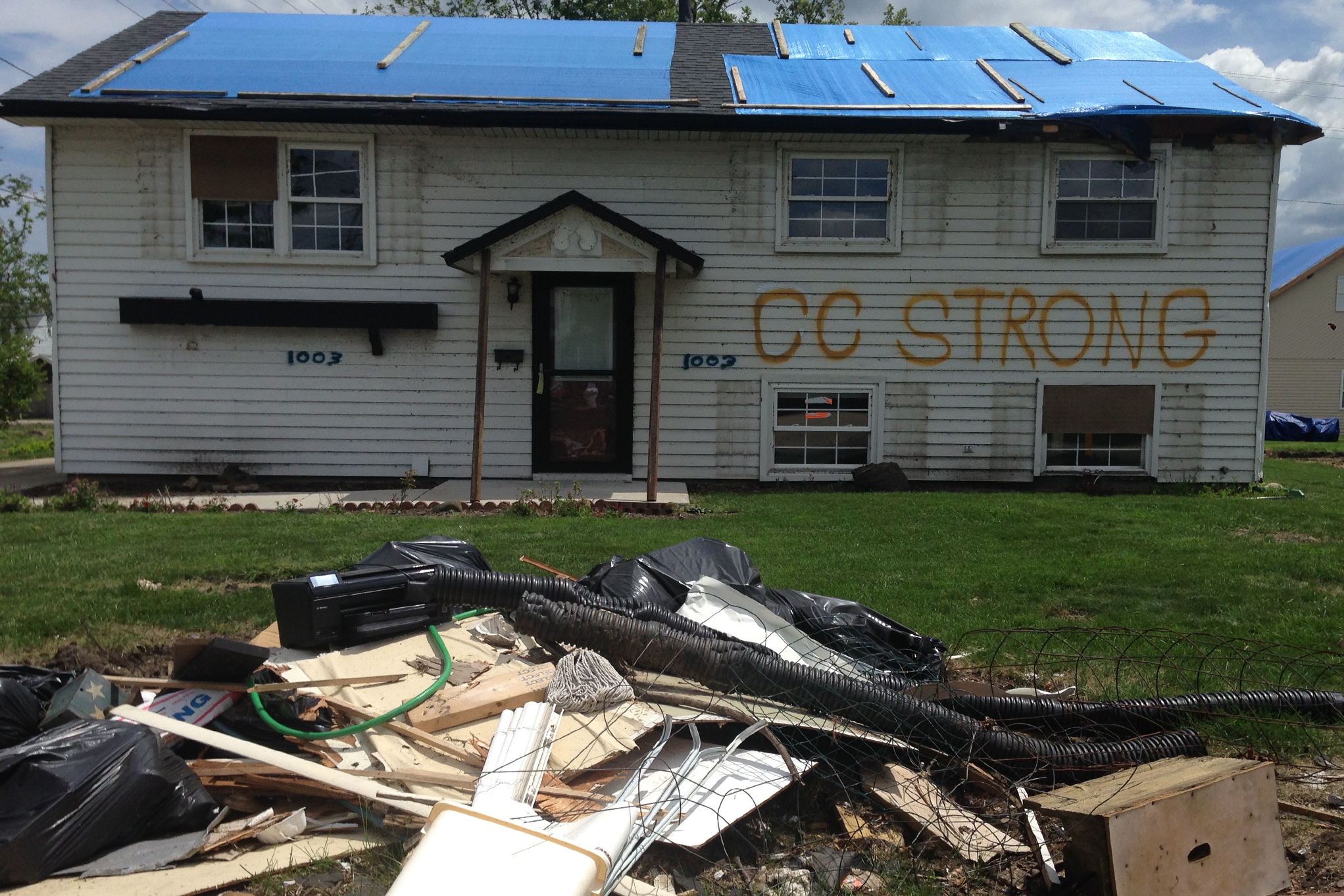 One popular phrase written on many homes was CC STRONG, for ‘Coal City Strong.’ That was spray-painted on John and Suzanne Lissy’s siding just before their two story house was demolished.

The village administrator for Coal City says out of 2,400 homes, close to 900 were damaged by the tornado, including the Suzanne Lissys called home for more than 50 years.

“There’s no way to explain it,” John Lissy said. “You just pick up the pieces and march on. 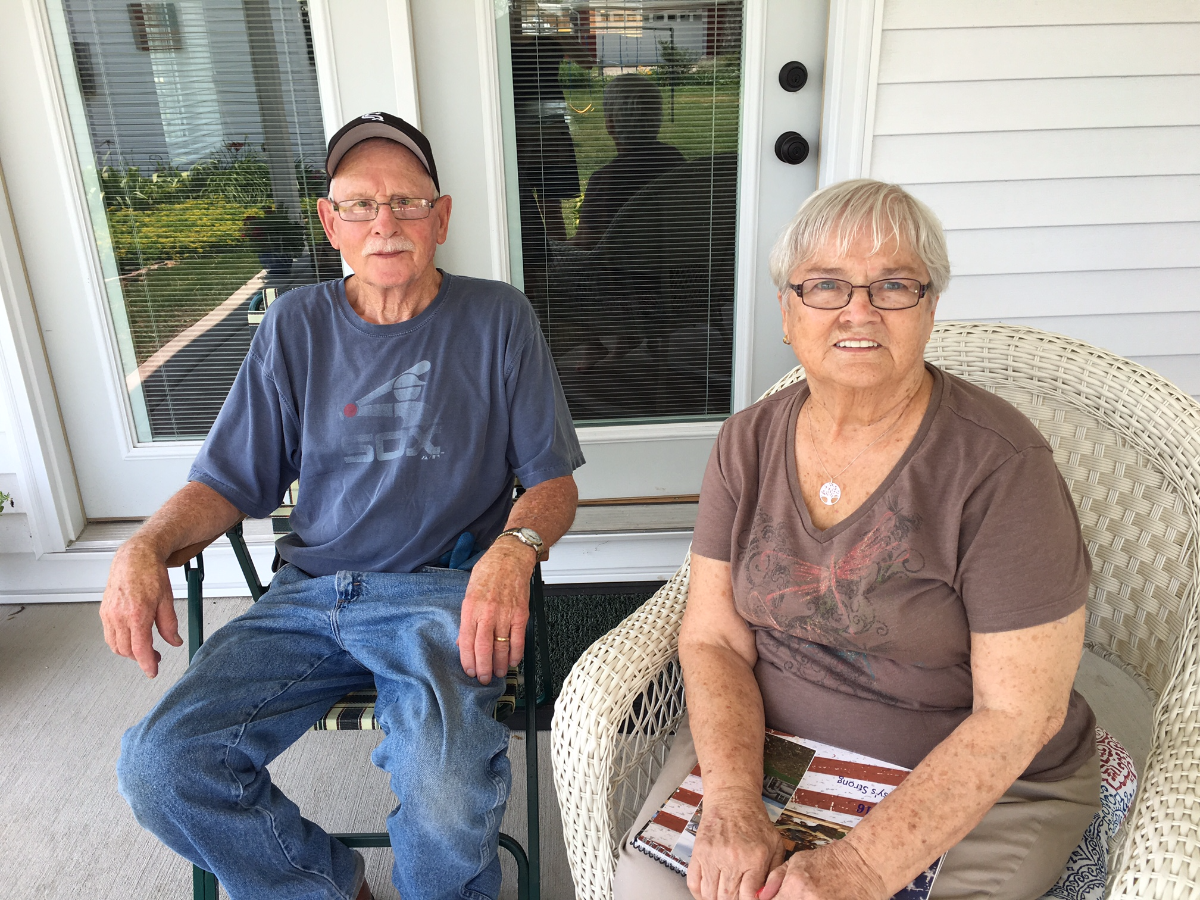 “I will never forget June 22, 2015 for as long as I live. It’s one of those ‘Do you know where you were when? [moments],” Phillips said. “People always talk about it and I think they always will. And they need to.”

Tonight, the village of Coal City will unveil a bronze plaque commemorating the 2015 tornado. It sits on a stump of one of the thousands of trees destroyed by the tornado.