Every day, the Chicago Transit Authority, or CTA, moves about 1.5 million people, a number equivalent to the population of Philadelphia. The CTA operates 1,864 buses and almost 1,500 train cars that run on more than 224 miles of track. The “Chicago Elevated” is recognized as an icon of this city all over the world.

The people at the controls of the trains in Chicago are officially called “rail operators,” and if you have ever gotten on a CTA train, you may have noticed the rail operator poke their head out of a side window at the front to make sure everybody gets on. Then, the “doors closing” announcement plays, the operator shoots back inside like a human prairie dog, and you’re off.

That’s probably the last that you’ll see of that person the whole ride. Yet, we depend on rail operators every day, sometimes even multiple times a day, to take us to work, and to school, and to visit our friends. So it’s fitting that here at Curious City, we’ve gotten several questions about the people that run those trains, including one from Curious City listener Anna Harris.

What is it like to be a CTA rail operator?

To find out, we talked with former rail operators about their experience on the job. The CTA would not allow us to interview any current operators.

For anybody who dreams about being at the helm of an ‘L’ train, here’s a guide. It’s a good job — all of the people we spoke with had worked for CTA for decades. But like any job, they say, there are hazards and challenges on the track ahead.

If you love trains, this is a job for you

Many former rail operators say they have a deep, honest-to-goodness love of trains that goes back to their childhoods. Retired operator Irwin Davis grew up in East Rogers Park, near the Morse station. He actually worked as a rail operator for 26 years on the Red Line, the same line that ran past his childhood home.

Like Davis, former rail operator Deborah Lane fell in love with trains early. She grew up in East St. Louis, Illinois, near some freight car tracks.

“We used to just sit there sometimes at night and just watch them go by,” she remembers, “As a kid, we were just so happy to hear the train come, and they would blow the engine. I was fascinated by it.”

Some former rail operators at CTA say they even consider themselves “rail fans.” Rail fans are a subculture of people obsessed with trains who share memorabilia, get together to show each other photos they’ve taken of rail equipment, and visit other cities just to ride the trains. One retired operator, Michael Powell, even has an elaborate miniature train set in his basement, which includes a model of a CTA train. 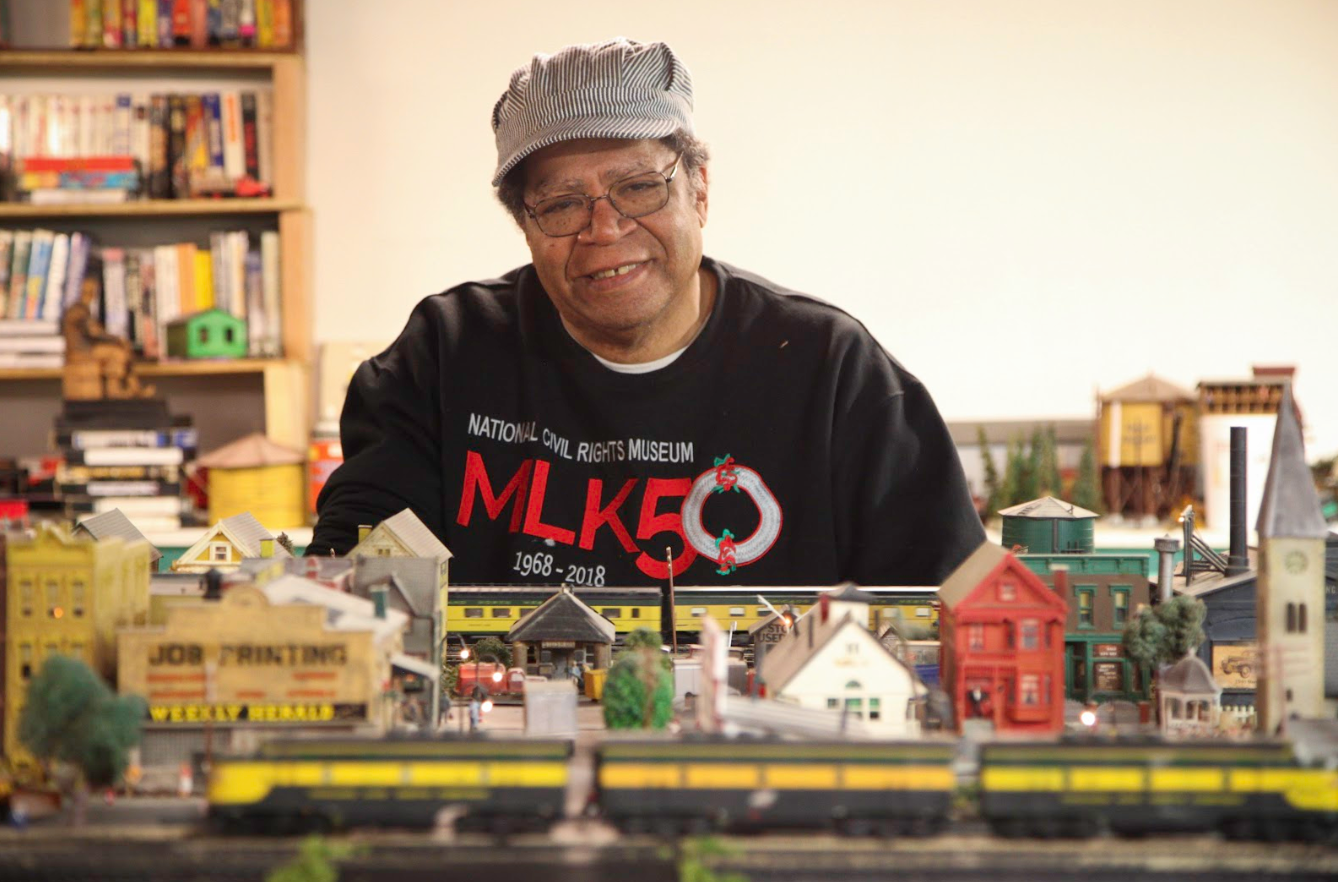 But after years at the controls, retired operator Irwin Davis says, “It’s like driving a car.” He says he has no regrets about his career choice. “It’s something that I always wanted to do. I lived my dream; I loved it.”

The job can be physically challenging

Though many operators share Davis’ love of the job, they say working on a CTA train can be exhausting. You have to be on your feet all day, sometimes for more than eight hours. Occasionally, you have to go down to track level and troubleshoot, too, says Lane, who now works for the Amalgamated Transit Union Local 308, but operated CTA trains for nearly a decade.

Aside from the long hours, many former rail operators will tell you that boredom is another one of the hazards of this job. They say they either fell asleep on the job or knew people who did.

“It’s a major issue,” says Walter Collins, who ran CTA trains for over 36 years. “The job can be very fatiguing.”

That’s dangerous because rail operators need to stay alert. It only takes a split second for an uneventful train ride to turn into a disaster. In 2014, when the operator of a Blue Line train dozed off as the train headed into the terminal at O’Hare, 30 people were injured, and the accident caused over 11 million dollars worth of damage.

Fatigue is a huge issue in transit, not just for the CTA but for all transit systems. Almost 20 percent of the rail accidents investigated by the National Transportation Safety Board in recent years have been caused by fatigue.

CTA rail operators say they are largely left to their own devices to stave off the tiredness. For example, Irwin Davis says he had his own tricks.

“I would stand up, have those windows open, force myself to keep awake,” he says. “I just wouldn’t be complacent.”

But Chicago’s transit system is actually designed to protect against fatigue-related accidents. An investigation into the 2014 crash at O’Hare found design flaws in the terminal’s emergency braking system. The investigation concluded that the train should have stopped, regardless of whether or not the operator fell asleep. So after the accident, the O’Hare terminal was re-designed to make it safer.

The CTA also tried to change their scheduling policies to combat fatigue, but the union objected to the way they were implemented and filed a grievance that did away with many of these changes. 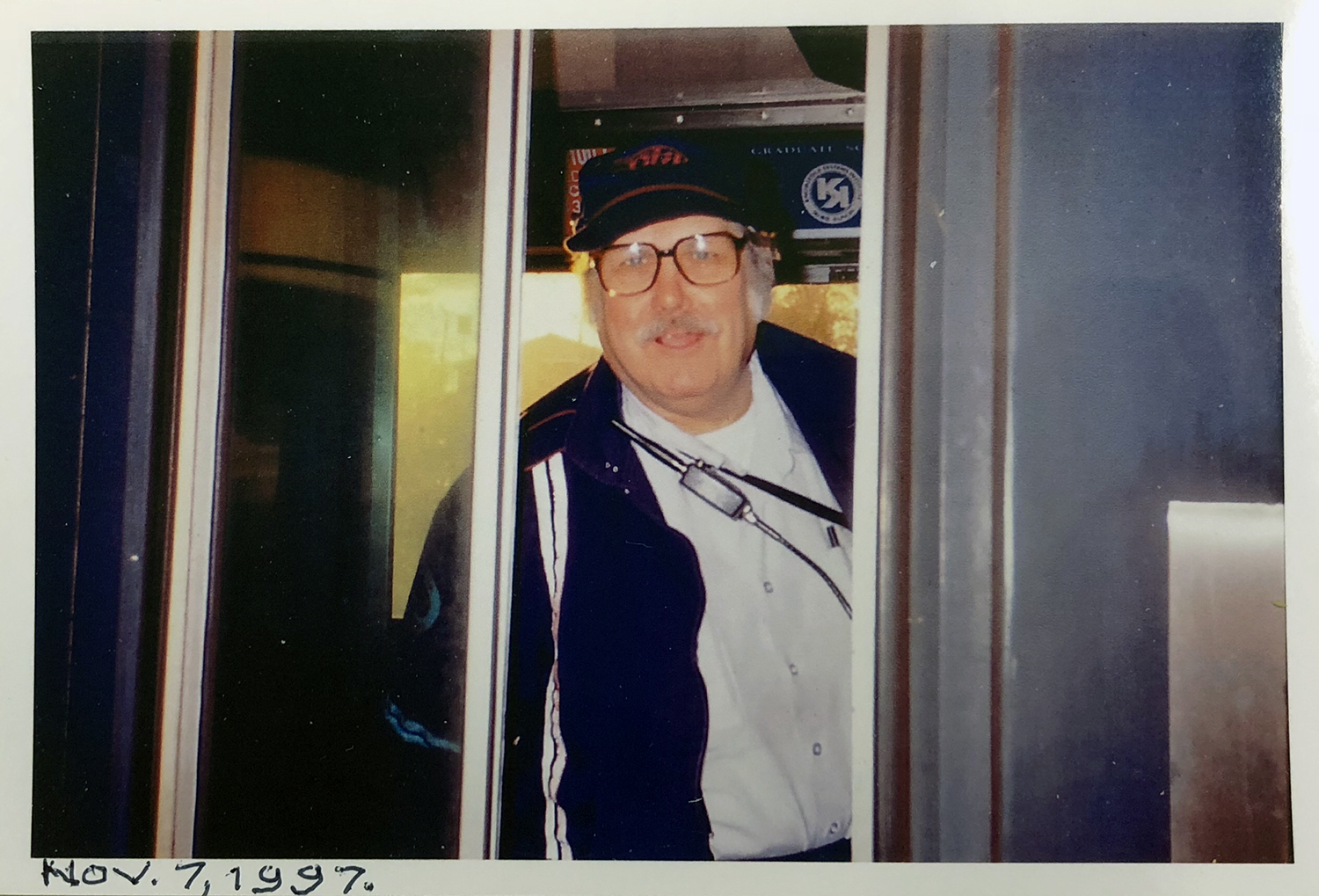 The job can be lonely

There is another constant concern for rail operators that has to do with the boredom and monotony mentioned earlier.

Until that fateful day, CTA trains used to have conductors, in addition to the operator. Conductors walked the length of the train taking tickets, making sure everyone got on board, dealing with any passenger issues, and at the end of the run, they made sure passengers disembarked. But after experimenting with a one-person operation on a few different lines, the CTA decided to eliminate conductors, and all that work fell to the operator.

“It’s a terrible job now!” complains retired operator Walter Collins. Davis agrees. “It went from being fun to just a job, a means to an end,” he says.

Conductors not only provided some limited camaraderie, it was also a way for CTA workers who wanted to become rail operators to learn how the job worked. Now, all that’s gone, and operators say they are left alone to do their work, including when accidents happen. 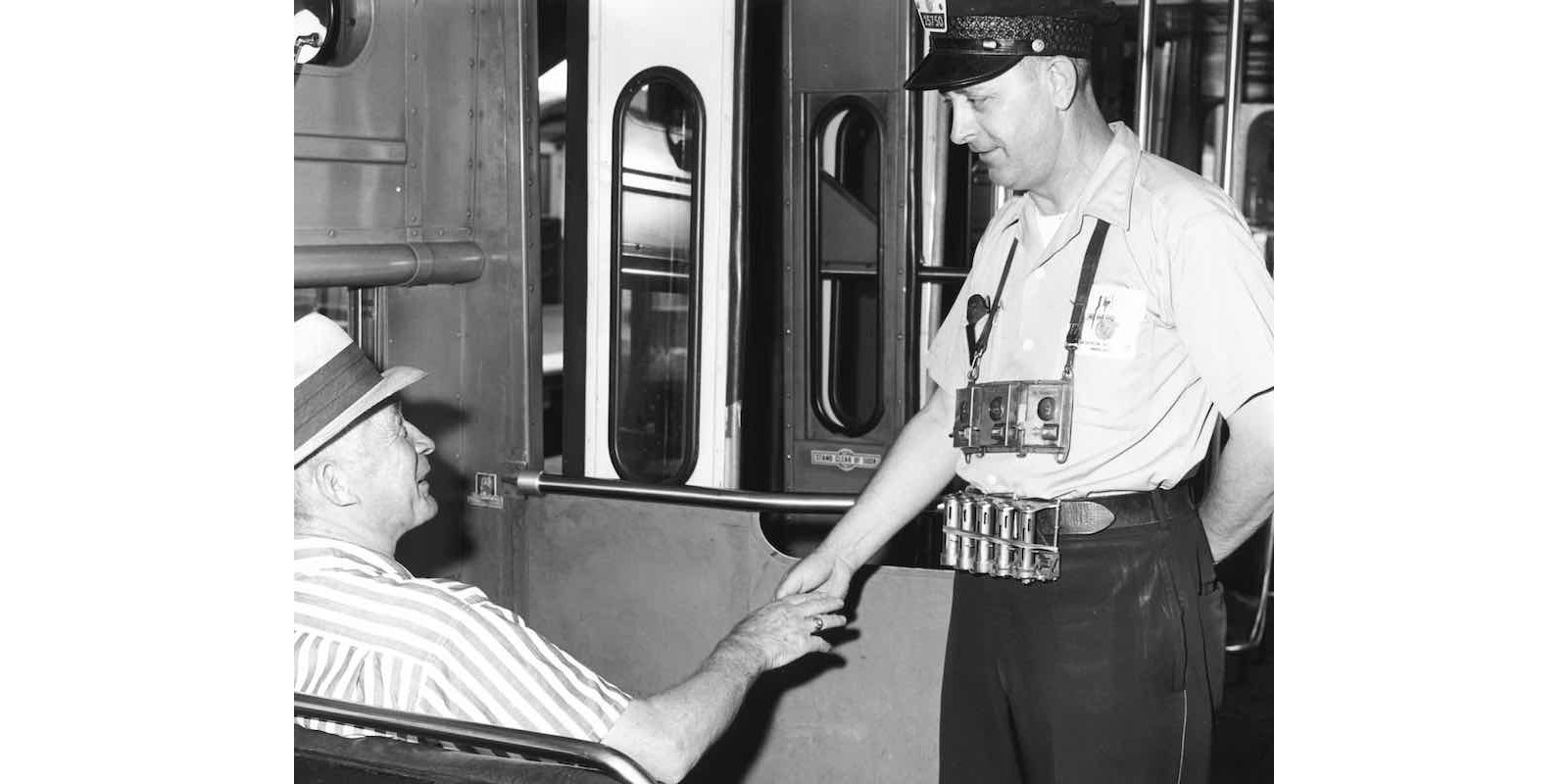 The job has some great perks

While the job can be physically and emotionally demanding, there’s a reason why people like Walter Collins stayed on the job for 36 years or Irwin Davis for 26. Aside from what Davis calls the CTA’s “excellent pension system,” the job offers a chance to connect with the city in a way that not all of us get to do.

“You go south of Armitage and you see that skyline. I never got tired of that view,” Davis says. “Going over the river, leaving the Merchandise Mart, I just feel like I’m the captain of a ship. It’s a neat feeling.”

For former rail operator Deborah Lane, who used to run the Red Line to Chicago’s South Side, those views, and that alone time, provided something else. She found peace in the chaos of the Dan Ryan Expressway.

“You can see the cars go up and down; you see the truck drivers. It kind of takes your mind off a lot of things that was going on internally. In that motorcab was my serenity.” 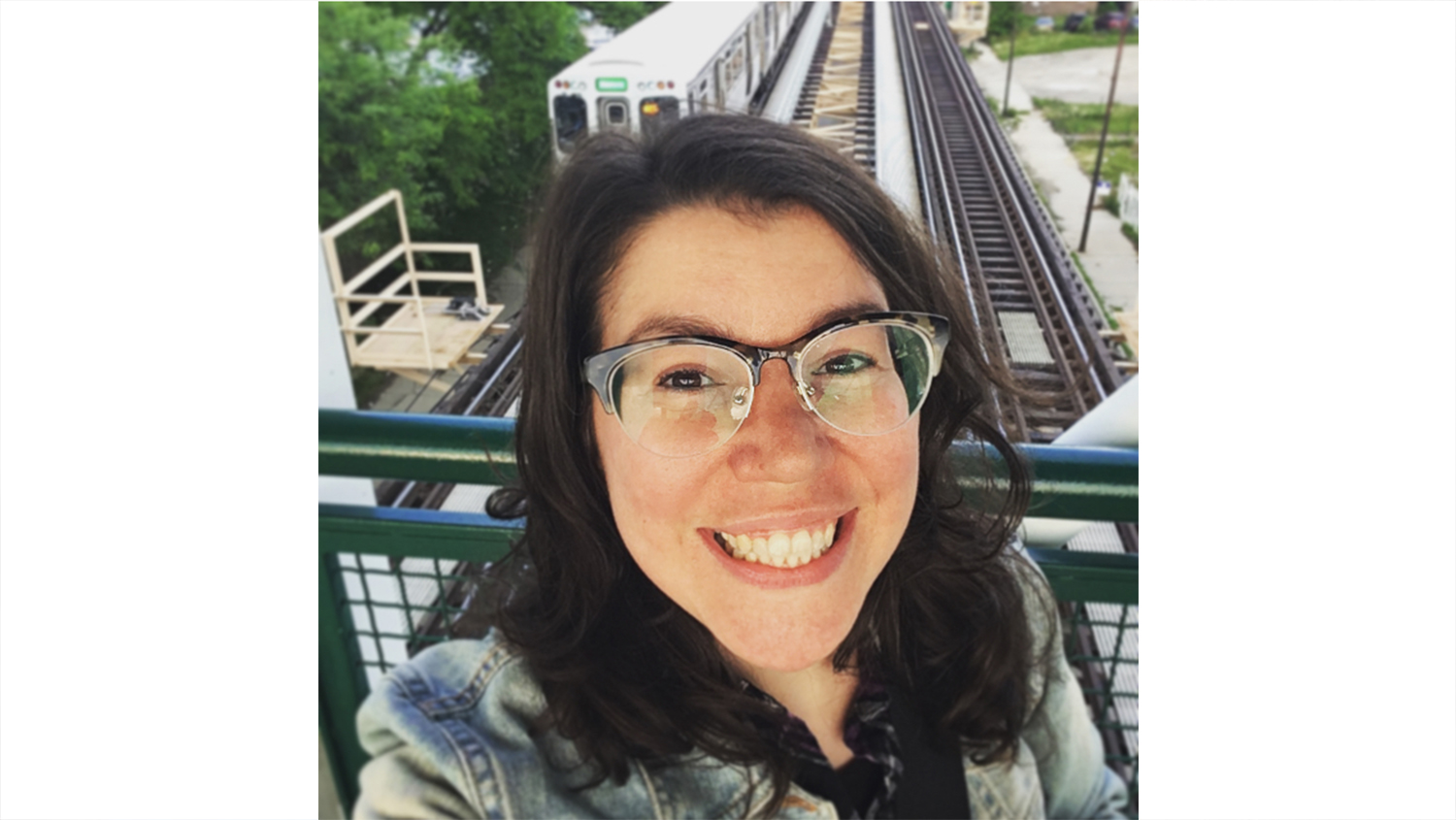 Anna Harris lives in East Garfield Park and commutes on the Green Line to her job downtown every day.

Occasionally, when her train is delayed, she’ll sit there and wonder how the trains work. “It’s just a thought that I couldn’t shake. It doesn’t seem like it would be that tough, but I actually have no idea,” she says.

Anna was startled to learn about some of the challenges of being a rail operator. “You don’t really think about how long their hours can be,” she told me. “How sort of just draining and stressful and yet excruciatingly boring it can be at the same time. I don’t think I could handle it!”

Still, she was encouraged that so many operators are passionate about trains. “They really genuinely love their job. So that’s nice to know, especially when you get on the train every day.” Anna really related to that passion and interest. “Maybe I’m secretly a rail fan, too!” she says.

John Fecile is an award-winning audio producer now working with WNYC’s Snap Judgment. Follow him @JohnFecile and see more of his work at johnfecile.com.