Collection of the Smithsonian National Museum of African American History and Culture, Gift of Aneita Gates, on behalf of her son, Kameron Gates, and all the Descendants of Captain William A. Prickitt

Each of the photos in Capt. William A. Prickitt’s album could fit in a locket: headshots of 17 black soldiers who served under the Union Army officer during the Civil War, most of their names handwritten on the mat surrounding the images.

Just two inches tall, the square, leather-bound album itself could be easily misplaced among the more than 35,000 artifacts it will join at the Smithsonian’s new National Museum of African American History and Culture when it opens next week.

Its size belies its historical importance: It’s a rare instance of original photographs of African-American soldiers whose identity is documented.

“That’s pretty rare,” says Michele Gates Moresi, a curator at the museum. “And to have a group from the same regiment with that information. There are images of African-American soldiers with their troops that are available. Some of them are panoramic. We have a couple in our collection, but you don’t always know who’s who.”

Mission Of African-American Museum Writ Large In Its Very Design

The photo album stayed in the Prickitt family for generations — it was passed down to the youngest child in the family. Prickitt’s great-grandaughter Aneita Atwood Gates says she heard the stories about the captain — that he was born in 1839 in New Jersey and was a teacher before he joined the army and eventually came to serve as a captain in Union Army’s newly formed U.S. Colored Troops.

By most estimates, about 200,000 black soldiers served in the Union Army. All of the commanders of the U.S. Colored Troops, or USCT, were white. 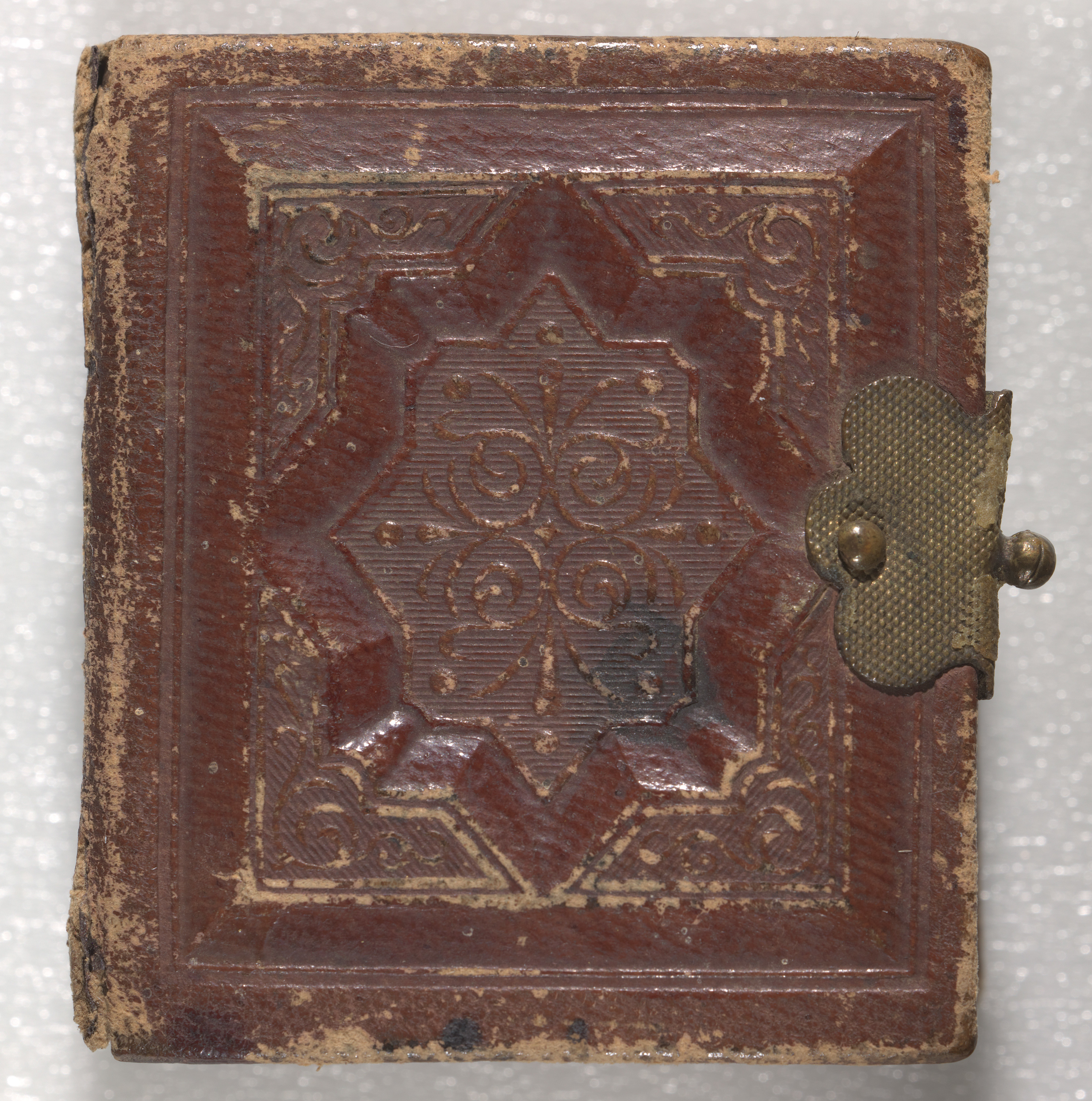 The pocket-sized photo album of Capt. William A. Prickitt contains four albumen prints and 14 tintypes of 17 African-American Union soldiers from the 25th Regiment, United States Colored Troops (USCT), Company G. Collection of the Smithsonian National Museum of African American History and Culture, Gift of Aneita Gates, on behalf of her son, Kameron Gates, and all the Descendants of Captain William A. Prickitt

Gates rarely saw the album while growing up, but it eventually was passed down to her. When she started taking care of it, she kept it tucked away in a box on a laundry room shelf.

So Gates says she and other family members were stunned when a military magazine published a story about it and they discovered the significance of their miniature family heirloom.

“We just assumed that there were other of these albums out there. Up to then, it was just this wonderful little treasure we had,” she recalls. “But then it was like, oh my gosh, I’ve got a responsibility, a major responsibility.”

Gates says there was good reason why her great-grandfather wanted the photos of the black soldiers in his company. In 1864, Prickitt and his troops were sent to defend two forts in Florida. There, he became extremely ill with dysentery — the camps were unsanitary — and some of the soldiers took care of him.

Gates says she and other descendants are happy that the soldiers saved her great-grandfather — who was in his 20s, unmarried and childless at the time. But that they don’t know much beyond that.

“It’s like the biblical stories,” the 72-year-old Gates says. “They don’t have time to go through all of the details, they just give you the essence.” 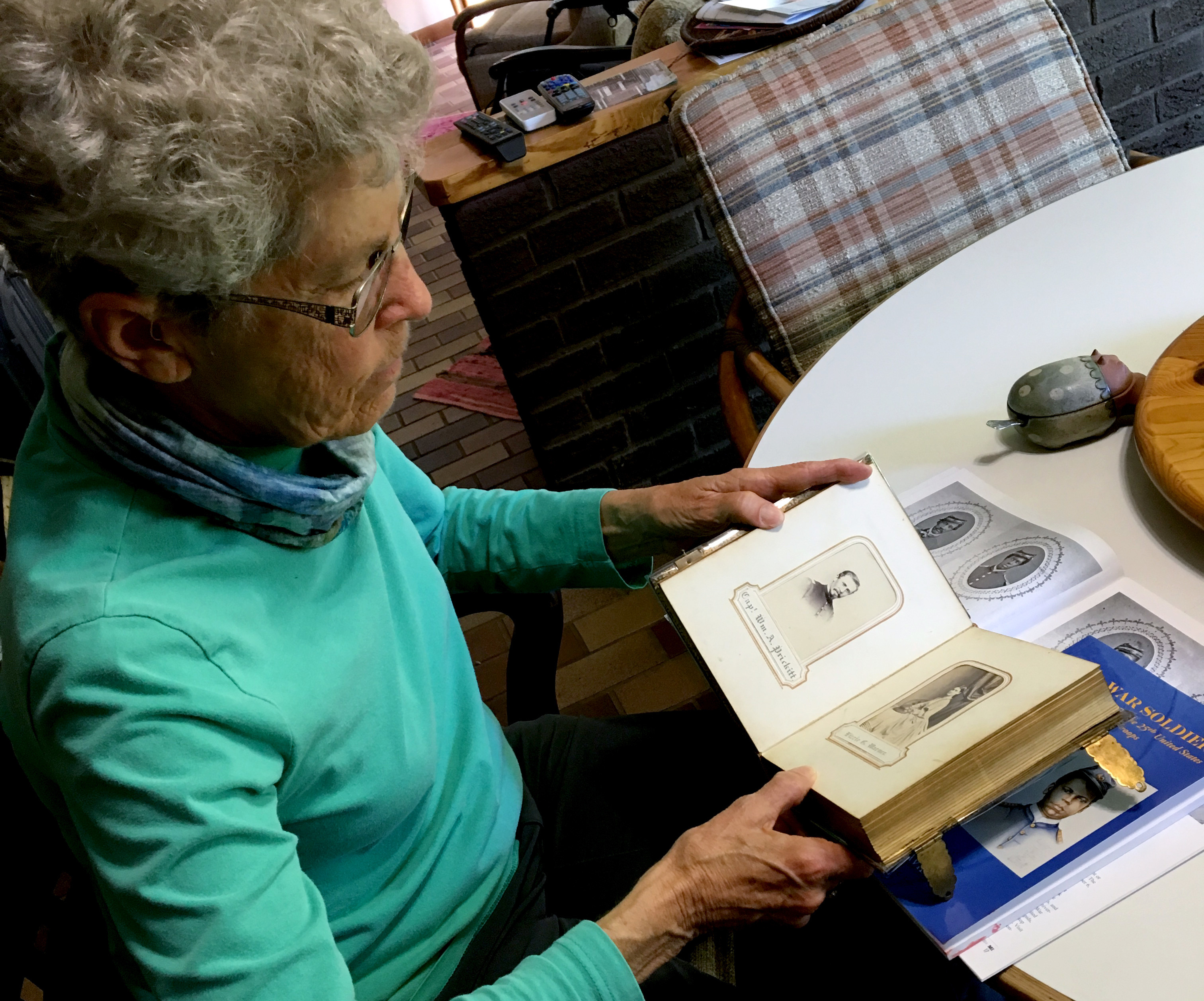 Aneita Atwood Gates looks through an album of her great- grandmother’s side of the family, which includes a picture of her great-grandfather William A. Prickitt, seen here. Cheryl Corley/NPR

Gates, who lives in Petersburg, Ill., says her family was torn at first about donating the Prickitt album to the Smithsonian. They feared it would be lost in a museum so large, and another museum closer to home wanted it, too. And the family finally realized it was precious to the captain, who carried it in his pocket.

“I know all the men had to think a lot about him, and he of them, or he wouldn’t have had this little album of them, with all their pictures, and he wouldn’t have carefully written their names in it, and that’s what makes it so special,” Gates says.

There are 18 photos in the album, both paper prints and tintypes, of the 17 soldiers who served in Company G. One of the soldiers is pictured twice: He carries a gun in one photo, but not in the other. All are in uniform. Some wear hats with the insignia of a bugle — the designation for infantry. The names and ranks of all but one soldier accompany the photos, written presumably by Prickitt.

A friend of the Gates family first contacted the Smithsonian. Shayne Davidson is an artist and amateur genealogist who’s drawn portraits of the soldiers and written a book about them.

First, she began researching the Gates family tree and then dug up information about the black soldiers using military records and census information. The youngest was about 15; the oldest was nearly 50, Davidson discovered.

Some of the men were born free, some were slaves. Two of the men were enlisted by their slaveholder. Slaveholders could be paid as much as $300 for enlisting men, and the slaves won their freedom, if they survived.

Not only did Davidson find out about the background of the soldiers, she actually found some of their descendants, like Vanessa Tall Bryant of Nashville, Tenn.

A photo of James Tall is among the images in the Civil War album. He is Bryant’s grandfather — not great-grandfather.

Bryant, who is in her early 50s, says Tall lived a long life, married three times and had 16 children, fathering some, like her dad, at an elderly age. James Tall was 77 when her father, Sigel, was born in 1922.

When he enlisted during the Civil War, James Tall was very young, Bryant says.

“He was a slave near Murfeesboro, Tenn., and as a teenager he was sent by his slave owner to actually shoe a horse at a neighboring farm,” she says. “While he was there, the person that was shoeing the horse talked to him about the Union troops that were around the area and told him he may want to take that opportunity to ride out.”

He took the opportunity and joined the Union Army.

Portraits of George W. Davis (left) and Sergeant Stephen Johnson. Collection of the Smithsonian National Museum of African American History and Culture, Gift of Aneita Gates, on behalf of her son, Kameron Gates, and all the Descendants of Captain William A. Prickitt

Bryant first heard of Prickitt when her family’s search of military and pension records listed him as one of her grandfather’s commanding officers. She found out about her grandfather’s photo in the Prickitt album a year after her father — and James Tall’s youngest child — died at age 91.

“I think he recalled a photo being on the fireplace on the mantel in his house, a small tintype. When he was a child, that house burned so that picture didn’t survive,” Bryant says. “So it was a very emotional moment thinking that, wow, you wish your Dad could have been here to see it.”

Bryant says she plans to travel to Washington to see the album. Aneita Gates, Prickitt’s great-granddaughter, says now everyone will be able to see the members of the 25th regiment of the USCT.

“Gives me goose bumps,” Gates says, “to share this little story of an officer and his men.”