It was another testy week for politicians across Illinois and Chicago:

WBEZ’s politics team broke all of that down during our weekly Illinois Elections 2018 podcast. You can get the podcast delivered to you every week by subscribing here. Below are highlights.

State politics reporter Tony Arnold: There are just so many differences between these two candidates. It was really something to watch them debate in front of the Chicago Tribune editorial board in what’s likely to be their only meeting together.

Arnold: In terms of differences between the two, if I’m a Republican primary voter I’m probably looking at how the two say they’re going to deal with House Speaker Michael Madigan. Rauner says Madigan is a crook. Jeanne Ives says that she can work with Madigan.

Another difference is in how the two of them measure success in the next four years if they were to win. Rauner says look at job growth in the state. Ives says look at pensions and how they’re underfunded. Jeanne Ives is a supporter of Donald Trump. Bruce Rauner rarely says Trump’s name.

Another one: how they approach social issues, particularly abortion. Bruce Rauner says he supports a woman’s right to decide. Jeanne Ives opposed a bill that Rauner ended up signing that would allow Medicaid to cover abortion.

Jeannie Ives has a reputation as a state representative as one of the most conservative members of the house of representatives of Springfield. Democrats will sometimes boo her or groan at her comments. But she did get some help this week. She got $500,000 from a very wealthy conservative donor, Dick Uihlein. That’s going to help her get on TV. But on the other hand, she just had to cancel a fundraiser with a commentator because he has said racist things in the past, including that African-Americans are inferior to white people.

The race to replace U.S. Rep. Luis Gutierrez is tightening

Reporter Michael Puente: The 4th congressional seat is a very important seat for two reasons. One is a local one. It encompasses two large areas of Latinos in Chicago — Puerto Ricans in Humboldt Park and Mexicans in Little Village. 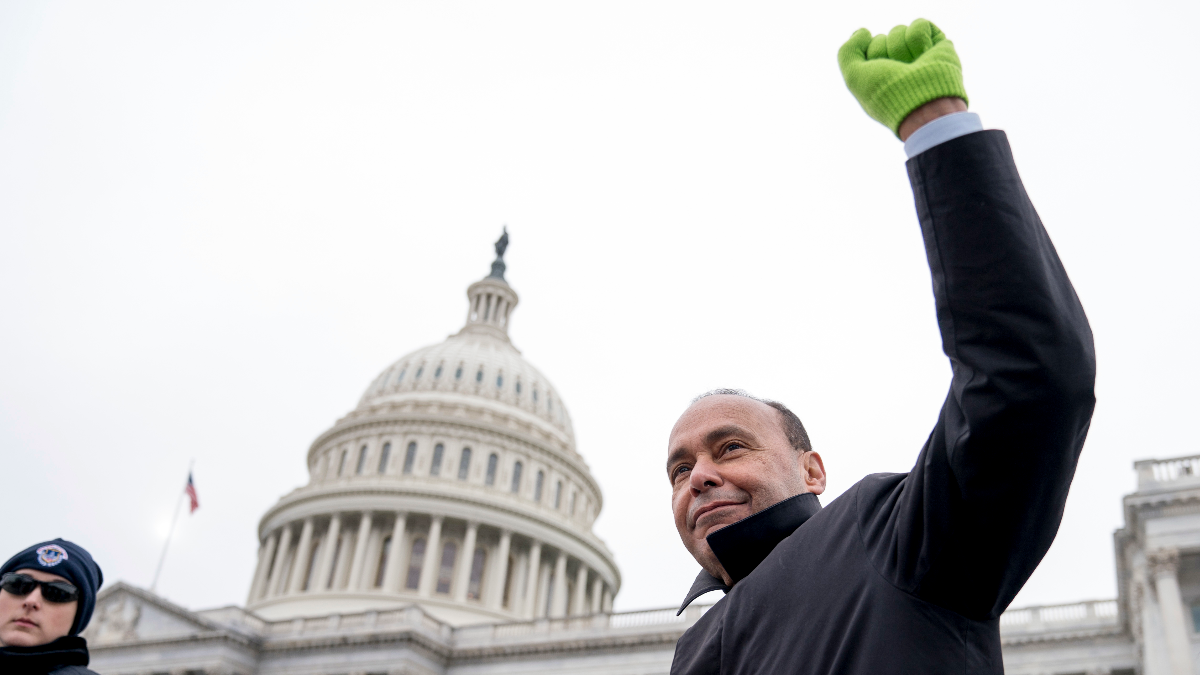 Inside a basement room in the Chicago Pedway is where the wonky process of reviewing petition signatures takes place. A man flanked by attorneys inspects a piece of paper with a magnifying glass. He’s analyzing a page of signatures — which number in the thousands — to determine whether each one is real or fake. 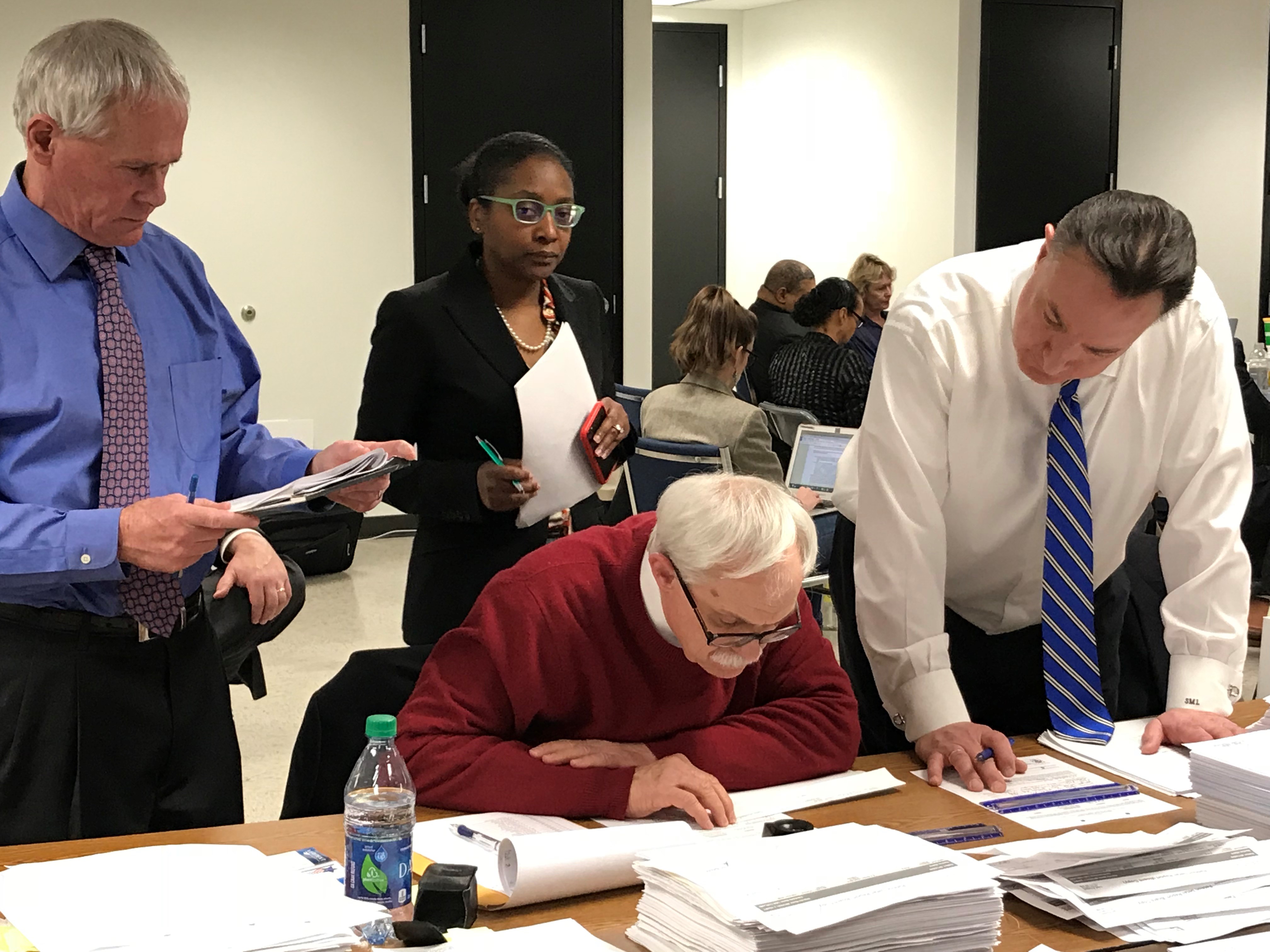 The attorneys beside him are participating in the objection process, looking for any reason to strike a name. It’s a tool some establishment politicians use to get rid of rivals by sucking up their time and resources.

Newcomers to politics bemoan the process as an underhanded way to eliminate ballot competition. But its defenders (many of them establishment politicians) argue it’s an important first test of whether a candidate is organized enough to run a campaign.

“I need to be out there campaigning, and I need to be raising money and fundraising,” said Andrea Raila, a Democratic candidate for Cook County Assessor who’s been through 17 days of hearings. Raila maintains the system is designed to favor incumbents with deep pockets, election attorneys on retainer, and an army of campaign staffers to find inconsistencies wherever possible.

But the process is necessary to separate those who are serious about running for office from those who are not, said election attorney Ross Secler, with the Chicago firm Odelson & Sterk.

Vallas built a career as a financial fixer and has a long resume, which includes a decade working for former Chicago Mayor Richard M. Daley as both schools chief and city budget director.

Emanuel has long shied away from criticizing Daley and his administration. But on Friday, he called Vallas the “architect of kicking the can down the road.”

“It took the city seven long, hard years to fix what he broke,” Emanuel said. “We’re not going back. … We’re not going to have Groundhog Day again here in Chicago.” 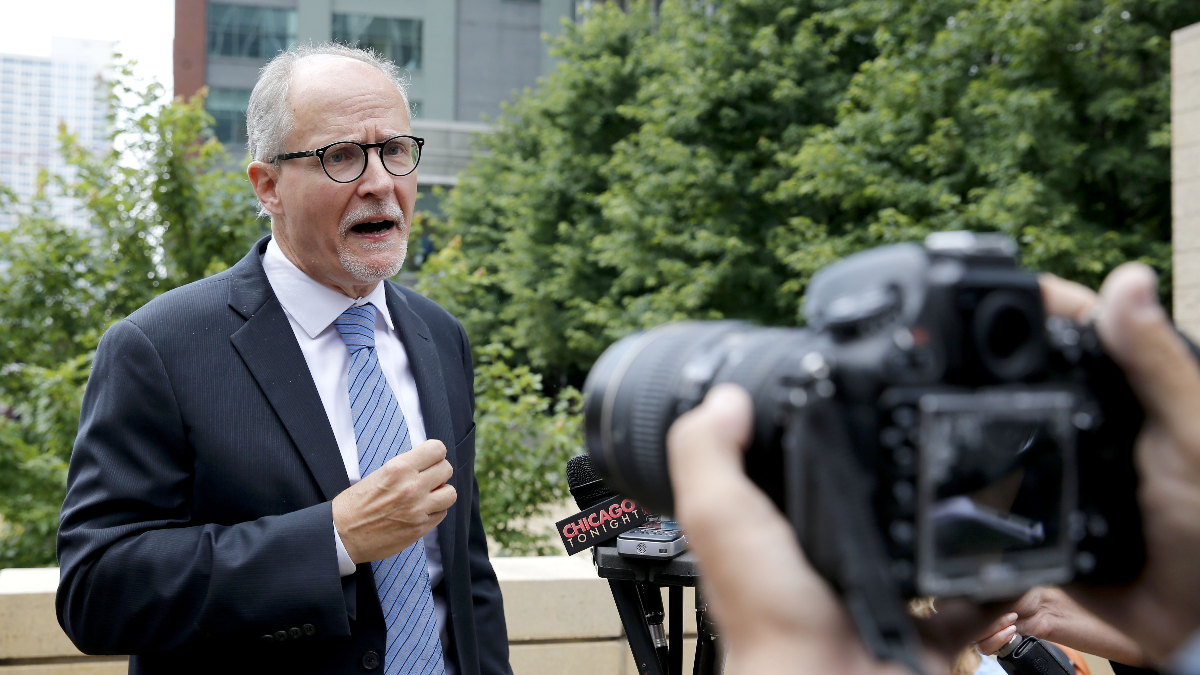 But Vallas defended his record.

“That’s just Rahm’s rhetoric. He believes if he says it enough, people will start to believe it.” Vallas said. “The bottom line is, you don’t get 12 bond rating upgrades if you’re borrowing excessively, if you’re not funding your pensions, and if you’re kicking the can down the road.”

Vallas told WBEZ he will make an official decision about running for mayor by the end of March.

This episode has been edited for brevity and clarity. Click the “play” button to listen to the entire conversation.