Editor's Note: This story, first published in July 2018, answers the second part of Curious Citizen Michael Dotson's question about the 1893 World's Fair. You can read the first story here. The presentation's audio story was added on May 18, 2019.

Whether you’re drinking a beer or eating pancakes, your food could have roots in a 125-year-old Chicago fair.

The 1893 World’s Fair in Chicago, also known as the World’s Columbian Exposition, was a six-month spectacle that attracted 27 million paid guests. The exhibitions spanned from ostrich farms to the world’s first Ferris Wheel, which prompted Michael Dotson to ask Curious City:

What relics of the World’s Fair still exist today?

Several buildings were constructed for the fair — including the Palace of Fine Arts, which now houses the Museum of Science and Industry — but most have since been razed. However, there are still plenty of items that claim to have been at the fair in your local grocery aisle.

But sorting fact from clever marketing isn’t easy. While some products are listed in the fair directory, one of the few documents still around from 1893, others have no physical official proof. That hasn’t stopped companies from attributing their success to the World’s Fair.

We talked to World’s Fair researchers, novelists, and historians to piece together these culinary origin stories. 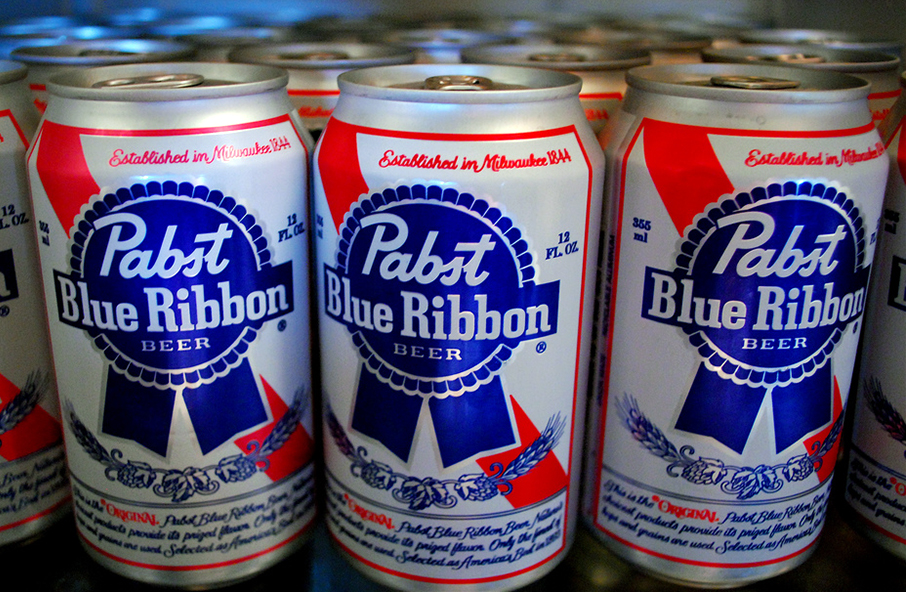 If you look closely at a can of Pabst Blue Ribbon, which sold 2.5 million barrels last year, you’ll see the phrase “Selected as America’s best in 1893.”

Chicago historian Paul Durica says this line, combined with the prominent blue ribbon, is misleading. There was no blue ribbon prize at the 1893 World’s Fair. In fact, Pabst Brewing Company started putting the blue ribbon logo on beer bottles a decade earlier to add “a touch of class,” Durica says.

But beer historian Liz Garibay says Pabst still deserves a toast. The brewery did take home an award — but it wasn’t without controversy.

In the competition for best beer, Pabst Select and Budweiser rose to the top. Garibay says the judges took bribes and eventually declared Budweiser the winner, but that choice was nullified when one judge claimed Budweiser had “chemical impurities.” After months of arguing, the decision rested with a judge from Germany — who declared Pabst the winner by one point.

In an effort to drum up sales in the 1950s, a struggling Pabst Brewing Company added the line “Selected as America’s Best in 1893,” says John Eastberg, executive director of the Pabst Mansion. “The World’s Fair committee never meant for these awards to be hotly contested … but clearly nobody thought about the marketing legs of something like this, and just how important being selected as the best at the World’s Fair would be,” he says. 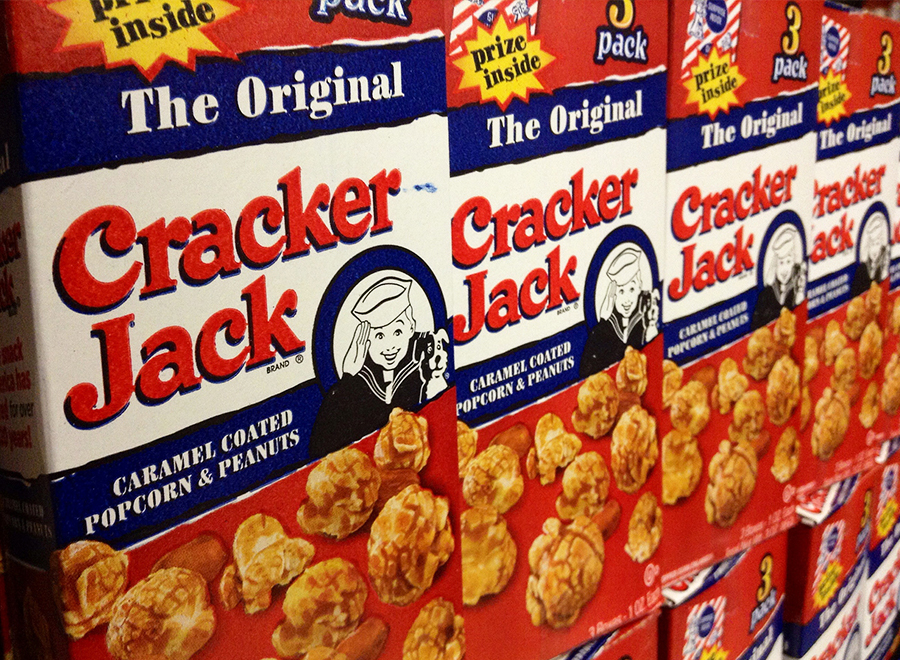 PepsiCo, which now owns Cracker Jack, says German brothers Frederick and Louis Rueckheim introduced an early version of the caramel-coated popcorn at the 1893 World’s Fair. But Bill Savage, Associate Professor in English at Northwestern University, says he’s found no proof Cracker Jack was ever at the event.

How could Cracker Jack and Savage have such different stories? Cracker Jack isn’t in the official registry, but that doesn’t mean they weren’t there. Many vendors set up pop-up stands throughout the fair.

Despite the fuzzy history, several articles claim the fair gave the snack international acclaim. But Savage believes there is another reason the treat became an American favorite.

“Cracker Jack is pretty damn good, but is it really any better or worse than any other popcorn with caramel, sugar, and peanuts?” Savage says. “Why did Cracker Jack become the dominant one? It might be about the fair or it might be about a song from 1908, ‘Take Me Out To The Ball Game.’”

The song, written by Jack Norworth, features the line, “Buy me some peanuts and Cracker Jack, I don’t care if I ever get back!”

Savage says the song enshrined Cracker Jack (along with peanuts) as “something you have to have if you go to the ballgame.” But he says the mythology surrounding the fair often outruns the reality.

“The World’s Fair is this monumental textual city that everyone wants to write little tiny chapters of,” he says. “They might be true, they might be false, they might be half right, a third right — but we always want to connect it to the big story.” 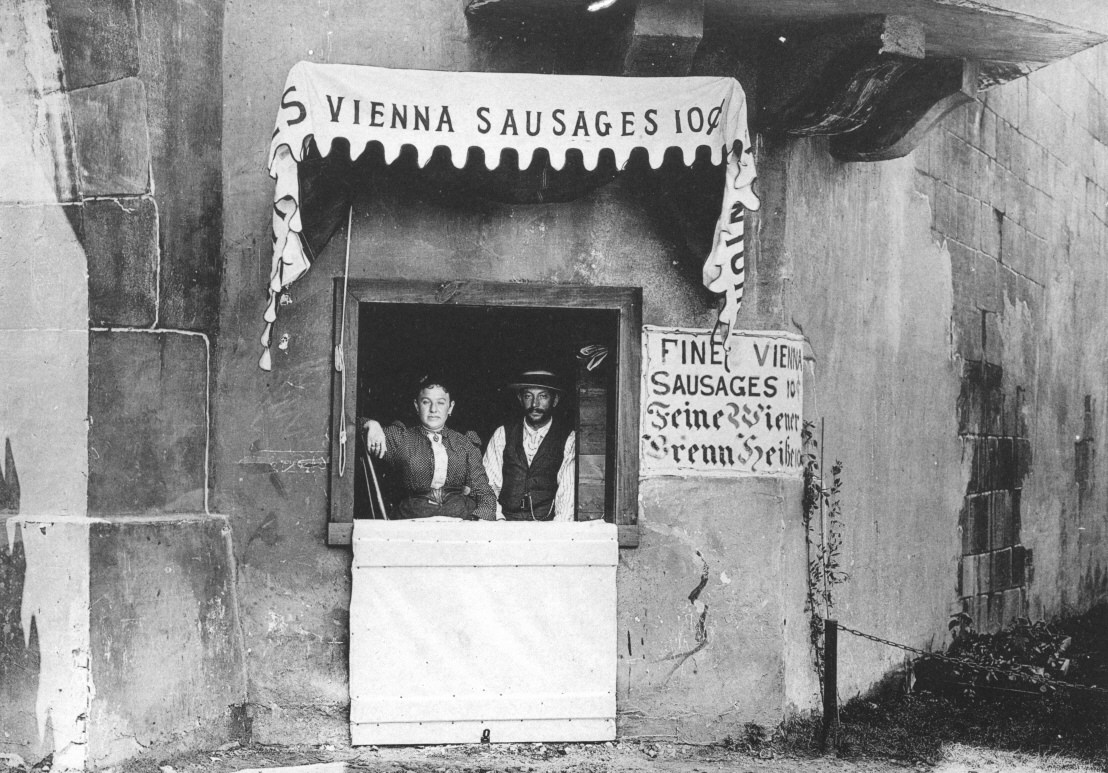 If you visit one of the more than 1,000 hot dog stands in Chicago, there’s a 90 percent chance they sell Vienna Beef sausages, says Vienna Beef VP of Marketing Tom McGlade. The brand even calls itself “home of the Chicago-style hot dog.”

The Chicago staple started when Austrian-Hungarian brothers-in-law Emil Reichel and Samuel Ladany came to Chicago in 1893 to sell homemade beef sausages topped with mustard and onions at a stand in “Old Vienna,” part of the fair’s mile-long Midway Plaisance.

The sausages were a sensation, so Reichel and Ladany stayed in Chicago to open a small sausage factory and storefront on Halsted Street. They called it the Vienna Sausage Company.

While Vienna Beef attributes its initial success to the World’s Fair, McGlade says other factors led to the colorful dog we know today. These include a demand for cheap meals during the Great Depression, the rise of local beef production in the Union Stockyards, and a diverse immigrant community that added their favorite condiments, such as tomatoes.

“The showcase at the World’s Fair is what got us our start,” he says. “I’m not sure many people heard or knew the name in 1893 … But it was the launching pad that got us going.” 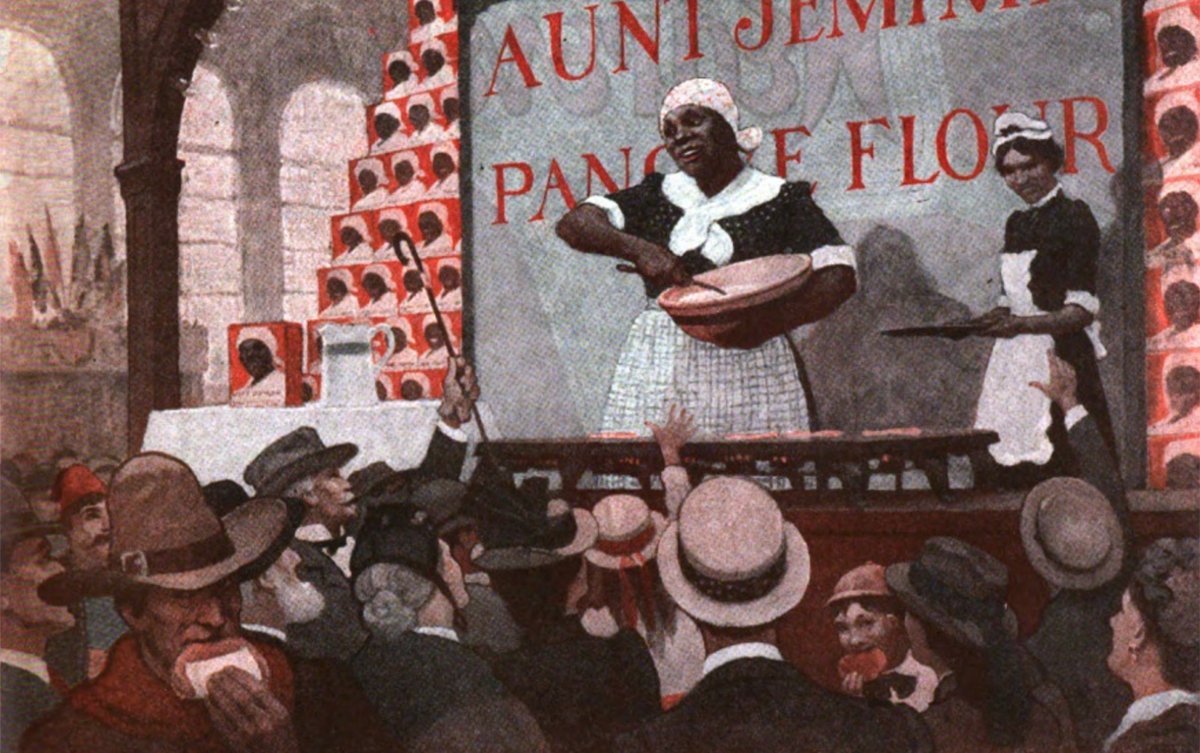 If you walk down the breakfast aisle at most grocery stores, you’ll see her face smiling at you from between boxes of oatmeal and Pop Tarts. Aunt Jemima pancake mix was purchased by more than 97 million Americans in 2017, according to a Simmons National Consumer survey.

The company’s mascot, which came to fruition at the World’s Fair, was a key ingredient in Aunt Jemima’s success — but it has also long been criticized as racist.

Businessman R.T. Davis purchased Aunt Jemima pancake mix recipe in 1890 and made it one of the first ready-mix food products to be sold commercially, according to Arthur Marquette’s 1967 book Brands, Trademarks and Good Will: The Story of the Quaker Oats Company.

The name and image of Aunt Jemima was based on an African-American “mammy” character from a popular minstrel show at the time.

According to Marquette, Davis brought the trademark to life when he hired former slave Nancy Green to dress up as Aunt Jemima at cooking demonstrations and exhibitions, including the 1893 World’s Fair.

Green made pancakes, sang, and told romanticized stories about her days as a slave, Marquette wrote. A 1921 story in the Saturday Evening Post noted the exhibit was so popular that police had to control the crowds around the booth.

Green’s obituary in the Chicago Defender says she continued to play the role of Aunt Jemima until her death in 1923, traveling the country giving cooking demonstrations and attending all the World’s Fair exhibitions except for Paris in 1900.

Romi Crawford, a visual and critical studies professor at the School of the Art Institute of Chicago, says the job gave Green a mobility few African-American women had, despite the fact that it was to play a racist caricature.

“She did have resources after a certain point, and she had a type of pull in the black community and a type of celebrity, and that was all used and leveraged and mobilized for her work with [Olivet Baptist Church],” Crawford says.

Soon after Green’s death, the Quaker Oats company purchased the Aunt Jemima Mills company and hired Anna Robinson and later Aylene Lewis to travel the country and promote the Aunt Jemima brand, including greeting guests and posing for photos in the Aunt Jemima Pancake House restaurant in Disneyland. Quaker Oats did not respond to interview requests. 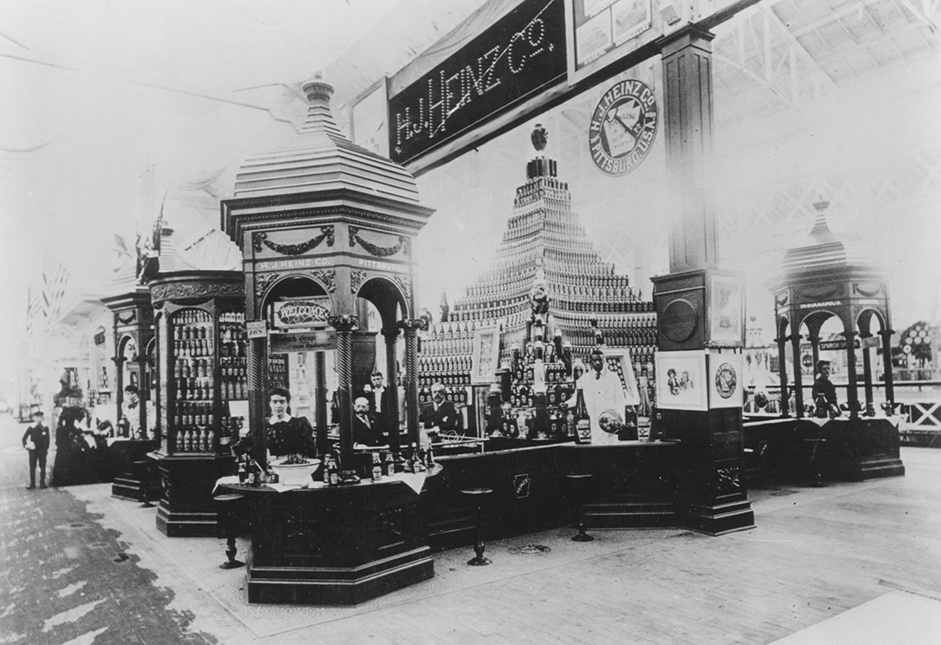 Kraft Heinz ketchup and mustard, which saw $6.4 billion in sales last year, are staples at picnics and backyard cookouts. Their ketchup is so popular there are now two single-serve packets for every person on the planet, says Andy Masich, president of the Senator John Heinz History Center.

But back in 1893, company founder H.J. Heinz was in a pickle, Masich says. Heinz was assigned a second floor booth in the main exhibit hall for the World’s Fair, but “nobody was taking the 100 or so steps to get to the second floor” to try his condiments.

So Heinz hired boys to spread gold tags around the first floor that said, “Bring to the Heinz booth on the second floor for a free prize.” More than a million people eventually found their way to the booth — and claimed a small green pickle pin bearing the Heinz logo. The crowds were so large that a New York Times reporter wrote that the floor sagged in the area around the pickle display.

Arthur Baum, an editor for the Saturday Evening Post, called the pin “one of the most famous giveaways in merchandising history.”

Masich says Heinz’ success at the World’s Fair launched the company onto the world’s stage. “This gave him national and international stature, which he parlayed into the largest food empire in the world at that time,” he says.

Katherine Nagasawa is the multimedia producer for Curious City. You can contact her at knagasawa@wbez.org.

Correction: An earlier version of this story misidentified Bill Savage. He is an Associate Professor in English at Northwestern University and co-edited an annotated version of Chicago by Day and Night.