Editor's note: This story, first published in the summer of 2016, has an audio piece produced and reported by John Fecile and Eve Ewing.

David Lapello grew up in the suburbs of Chicago, but moved to the city last summer. Since then he’s fallen in love with it.

The 36-year-old now lives in the Edgewater neighborhood, and is thinking of having kids soon. Now that he’s here, Lapello wants to stay in Chicago, but find a good neighborhood to raise his family in.

“I have a feeling that a lot of people with means, when they get to that stage and want to have a kid, move to the suburbs,” he says.

He’s looked into lists of Chicago’s most kid-friendly neighborhoods, but says the criteria are too subjective, and don’t match up to his experience in the city.

“I was living in Hyde Park at the time I sent that question in,” he says. “Even though I saw it on a lot of lists of the best neighborhoods to raise a kid in, there really isn’t anyone else there with kids, at least it seems like there are very few.”

And he wanted Curious City’s take on the question: What neighborhoods have the most kids? I would like to raise kids in a neighborhood that has a lot of other families with kids.

David says he’s more interested in locating parts of the city with the highest density of families with kids. He wants families within door-knocking distance, so time spent with friends — for his kids and him — won’t require formal playdates or car trips.

“In my neighborhood when I was a kid ... there was a whole group of us near the same age that all lived within a block of each other,” David said. “I think that would be good for my kids.”

To help David with future, mission-critical life choices, we mapped all the families with kids in Chicago and identified the neighborhoods with the most per square mile. We also tracked how neighborhoods fared over the past decade.

While we found the areas with the largest concentrations of families with kids sit on Chicago’s far North Side, we found other parts of town are seeing significant slides in their child-age populations.

If you find yourself in our questioner’s shoes (or suspect you might someday), take a tour of Chicago’s Baby Belt in the map below.

Where Chicago’s families with kids are

One reason the Northwest Side’s Albany Park neighborhood appeals to so many families with kids is because of its housing stock, according to Janet Smith, Associate Professor of  Urban Planning and co-director of the Voorhees Center at University of Illinois-Chicago. 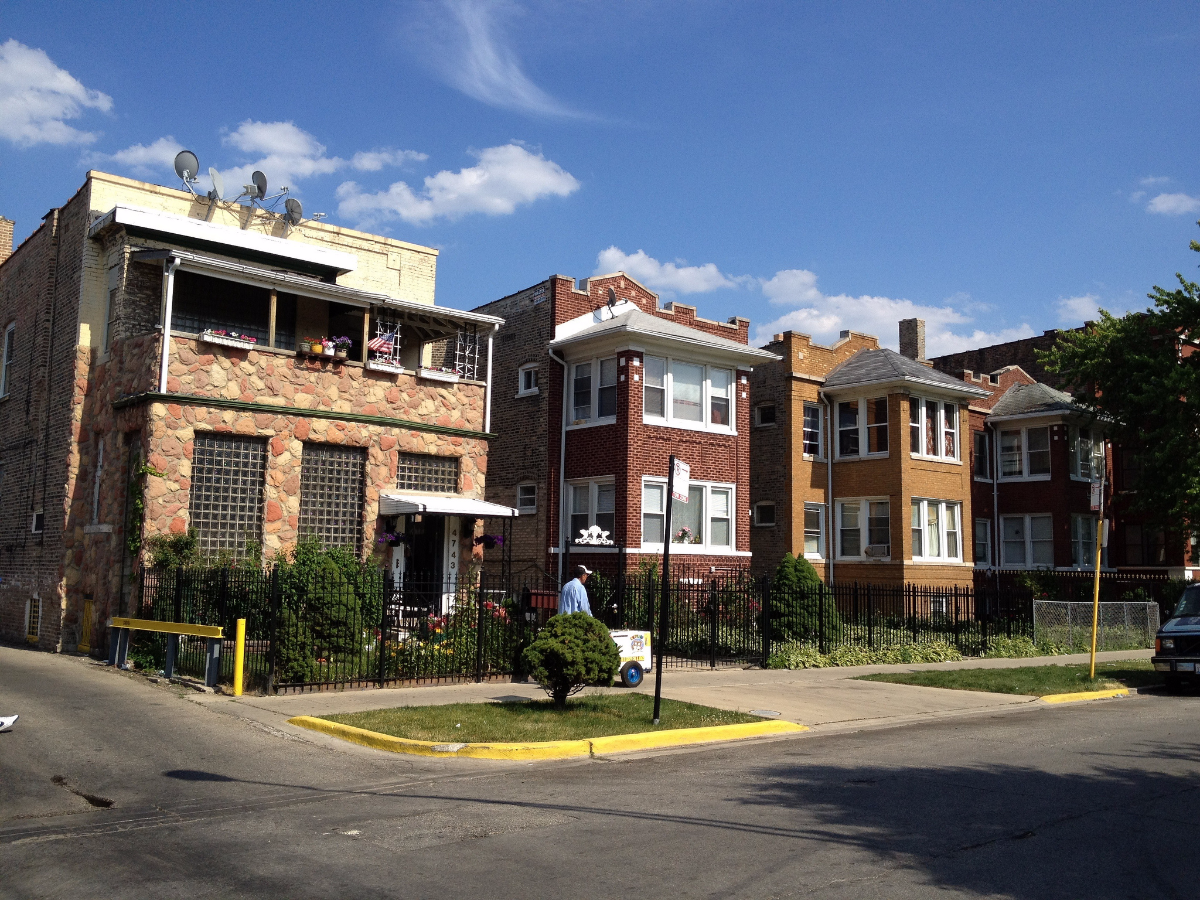 “The single-family homes are big and the rental property that’s there accommodates it,” she says. “They have 3-4 bedroom apartments. You go to Uptown and you won’t find that anymore.”

Smith says most new residential construction in Chicago consists of studios and one-bedroom units, so families are more likely to move to neighborhoods with older rental buildings or single-family homes.

“When we look at the housing being built in Chicago, the new housing — with the exception of some neighborhoods where you’re seeing huge, expensive homes — the new housing replacements aren’t built for families,” she says. “So you find Albany Park, Belmont Cragin, Jefferson Park. The Bungalow Belt especially, too, although that’s aging.”

While Albany Park has the highest density of families with kids now,  that may not be the case when David’s prospective kids age a bit. It’s important to note demographic trends affecting where families with kids will be in the future.

“We saw an almost one-for-one replacement in the number of family households with non-family households,” Smith said. “The loss of population reflected a decrease in children. And that’s happening throughout the country.”

One reason behind the change: Millennials are waiting longer to have kids, which pushes down birth rates. In Chicago specifically, that’s compounded by a decrease in immigration, which had helped boost the city’s population since the 1990s.

“The story where school population is most dense is largely one of Latino immigration,” says Jimm Dispensa, manager of school demographics and planning for Chicago Public Schools. “Little Village households are aging. It’s a matter of time before we see a decline in density.”

Still, the neighborhoods that are densest with families now are more likely to be heavily Hispanic. In addition to Albany Park, neighborhoods such as Belmont Cragin, Hermosa and Gage Park have high densities of families with children; those neighborhoods are majority Hispanic.

Another major factor is the exit of black families from Chicago. The Austin, Douglas and the Greater Englewood areas have seen huge losses of population, many of them families with children. Austin alone has lost more than 11,000 children since 2000.

On the other hand, higher-income and largely white North Side neighborhoods such as Lake View, North Center and Lincoln Park are starting to see big increases in families with kids. Since 2000 those three areas lost more than 8,000 total households, but gained more than 3,500 families with kids. 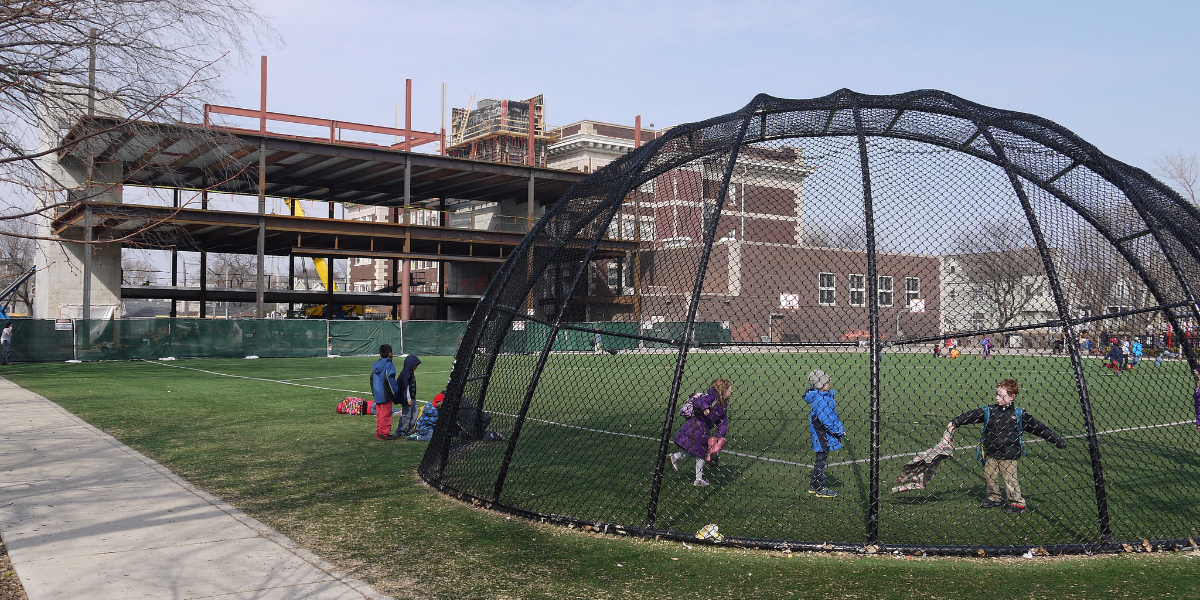 While those neighborhoods have gained more children than anywhere else in the city, they’re still well below areas like Albany Park.

“The fastest-growing square miles are in Lincoln Park and the South Loop,” Dispensa said. “But they’ve got a long way to go to reach the density of Belmont Cragin or West Elsdon.”

And as for David, one of the reasons for his question was whether he should move from where he is now in Edgewater. It ranks 11th out of Chicago’s 77 community areas in density of families with kids.

Chris Hagan is a data reporter at WBEZ. Follow him @chrishagan