Editor's Note: This story was originally reported in 2017.

Chicago is not normally a city associated with romance. We are the people of big shoulders, not fluttering hearts. Of hardball machine politics, not milkshakes with two straws. When a Chicagoan hears about a meat market, they may just expect a nice slab of ribs. But even Chicagoans want to find love. And this quest is at the heart of Curious Citizen Yvette Ambert’s question: How is the dating scene in Chicago?

The question of how conducive a city is for romance looms large. Each year, a flock of “Best Cities for Dating” and “Best Cities for Singles” lists hit the internet. People sometimes even consider a city’s dating scene when deciding where to live.

We began our investigation of the dating scene by comparing Chicago’s dating data to other cities’. We looked at census demographics and statistics from the online dating site OkCupid. But that data was not particularly revealing. Despite slight variations, dating-by-the-numbers in Chicago is very much on par with dating in other large U.S. cities.

Numbers, of course, cannot capture everything. We wanted to learn specific qualities of dating in Chicago that feel, well, particularly Chicago-y. So, we turned to you and opened a hotline to take your calls about Chicago’s dating scene. We also interrupted dates at bars on the North and South Sides.

We heard all kinds of stories. Tales from men and women, straight people and gay people, and daters of all ages. One of you told us about three separate occasions where you dated men you met on the ‘L’ — all of them named Dave. You told us about first dates at hot dog stands, and you told stories about falling in love at Chicago landmarks like the Billy Goat or a Neo-Futurists performance. We heard your horror stories, proposal stories, and stories about Cubs and Cardinals fans trying their best to make a marriage work. 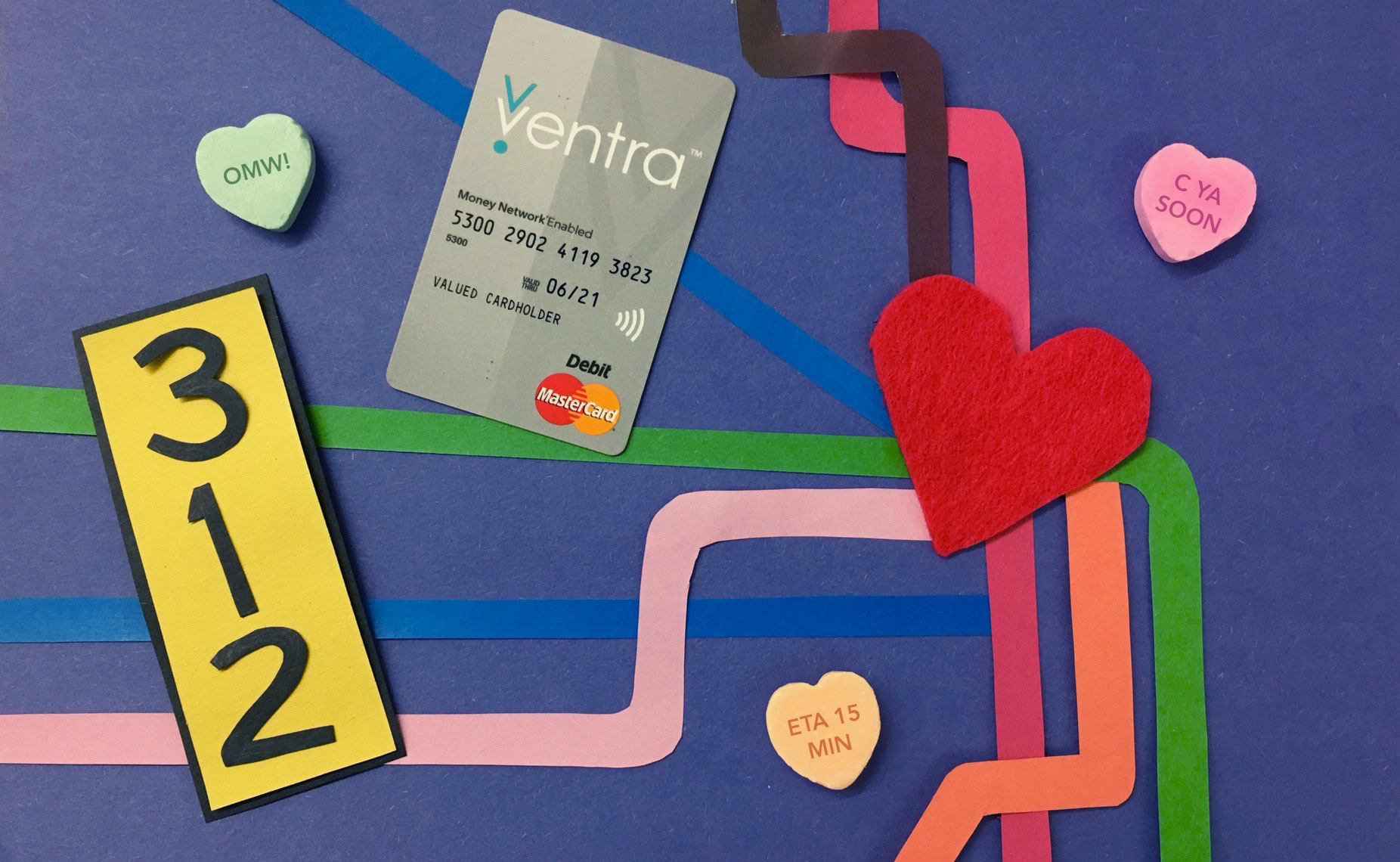 Chicago Dating Theme #1: Lend me some sugar, I am your neighbor

WBEZ listener Liz Meenan shared a text message exchange between her and a potential date. The meter’s a little off, but you might call it a Chicago dating haiku:

Where do you live?

I'm over in Logan.

I’m in Uptown. This is never going to work.

The text prophecy was right; Meenan and this person never met up. Chicago daters told us again and again that they prefer not to stray far from their neighborhoods for romance, or to date someone who lives along a different CTA line.

We analyzed data provided by OkCupid and learned that Chicago daters do indeed send more messages to daters who live nearby, and along the nearest CTA ‘L’ line. In areas with high density of OkCupid users (say, Logan Square) this trend is more pronounced. In areas with a lower density of users (say, South Shore) the pattern exists, but less so.

Race is a likely factor in these neighborhood messaging patterns. Chicago neighborhoods are segregated by race and research shows that race has a strong influence on dating choices. This racial bias, of course, exists across the country and is not exclusive to Chicago. (If you want to read more about it, this post from OkCupid founder Christian Rudder is a good place to start.)

Beyond demographic issues, our hotline received several stories of star-crossed lovers living on different train lines. One Chicago couple told a story of overcoming the inter-neighborhood odds. When Chris and Elizabeth Biddle first met, at a burlesque show, Chris was living near the lake in Edgewater and Elizabeth was living on the border of Norridge, on the far Northwest side. To visit Elizabeth, Chris would make the two-hour trip from the Red Line to the Blue Line to the Harlem Stop to the bus. They laugh about it now, but Chris and Elizabeth say that the distance caused arguments early in their relationship, which stopped only after Elizabeth moved further into the city. Chris and Elizabeth are now married and live together in Edgewater. “It takes 30 second to go from one room to another,” Elizabeth says.

Daters we spoke with cited not only convenience as a reason for their reluctance to leave their neighborhoods for dates, but also a strong sense of Chicago neighborhood bias.

Mitch Heffernan told Curious City that he has difficulty convincing gay men who live in the LGBTQ hubs of Boystown and Andersonville to meet him for a date in his “straight neighborhood,” Bucktown. Mitch reports that potential dates tell him that Bucktown, though only three miles from Lakeview, is “too far.” For Mitch, this hesitancy provides him with crucial information; if a potential partner is afraid to explore new neighborhoods or venture out of a particular “scene,” it’s a romantic dealbreaker. 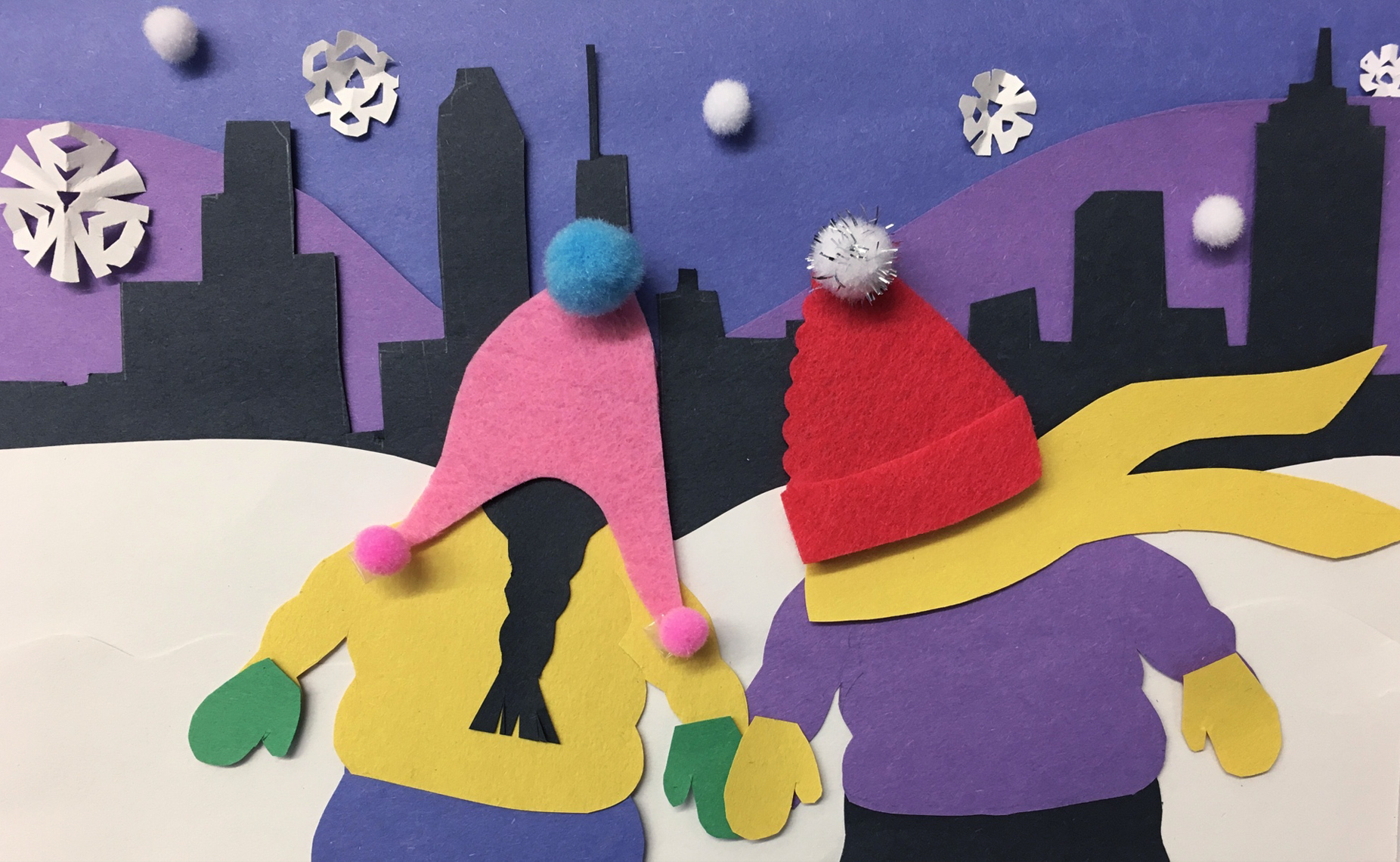 While asking people about their Chicago dating experiences, we came across the phrase “cuffing season” multiple times. Tecarra Carmack, 29, is originally from North Carolina and learned the phrase when she arrived in Chicago. Cuffing, she explains, is when, “in the winter months you have your main boo, but in the summer months you have multiple boos.”

While the phrase “cuffing season” is only a few years old, the concept is not. Daters in their 30s and 40s who we spoke with had other names for it, including “nesting,” “harvest season,” “catching a boyfriend or girlfriend” or, “a warm stone in the bed.” All of these phrases to get at the same thing: a tendency to find a partner to keep you warm in the winter and then abandon that person when spring arrives and you want to have a fun fling.

And there is some data to show that cuffing, et al, is not just urban legend. An analysis of Facebook relationship statuses showed that yearly peaks for break-ups occur May-June, post-cuffing-season.

Chicago’s wintry weather also sometimes expedited how quickly people stayed over at each other’s houses. Leyla Royale and her now-boyfriend Nicholas Spence went on their first official date on Valentine’s Day, 2014 (though they played it cool and neither acknowledged the holiday). That date turned into a surprise overnight when his car got stuck in the snow outside of her Logan Square apartment. This phenomenon, of “snowpocalypse sleepovers,” was mentioned by other daters as well.

Those who haven’t locked down a cuffing partner in time for winter are reluctant to venture out for dates. Imani Hill told us about a recent fling in Los Angeles. “It was sunny, there were beaches, and that could make anyone feel like they’re in love,” she said. But as for Chicago, “Honestly? I don’t want to go on dates in zero-degree weather.”

You have to really like someone to go out on a first date in Chicago in February. 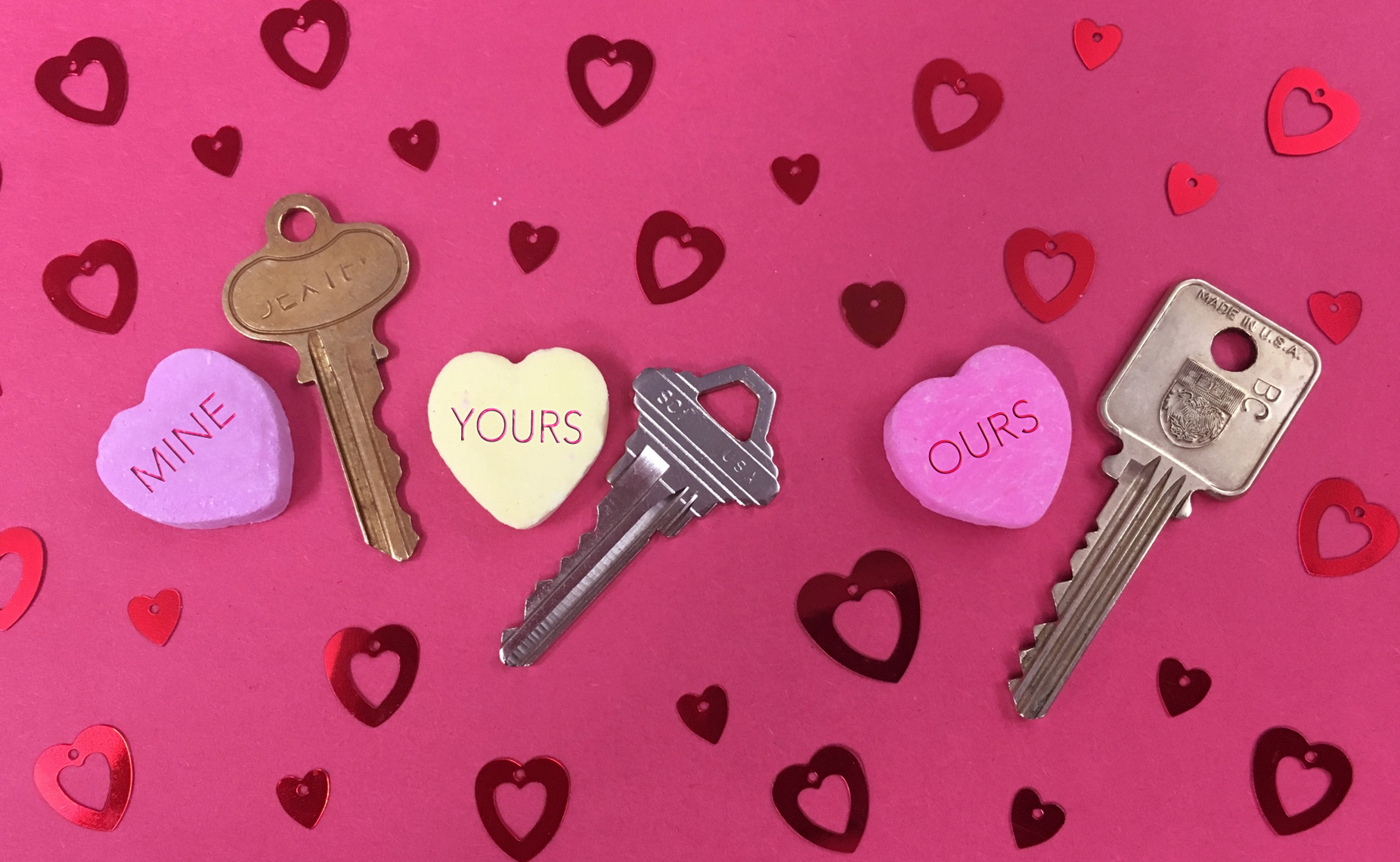 After talking with so many daters, we wanted insight from a professional. So we visited dating coach Bela Gandhi of Chicago’s Smart Dating Academy on the 82nd floor of the John Hancock Building.

Gandhi speaks with a mix of corporate jargon and best friend-like reassurance. An integral part of her coaching process is her “360-review,” where she and her team interview a client’s friends, family members, and sometimes even exes, to learn what makes the person tick. The process helps her identify dating patterns the client may be repeating and give the client ideas for new strategies.

We told Gandhi the results of our own 360-ish review of dating in Chicago. She sighed. She said she too has noticed Chicagoans’ desire to stay in their neighborhoods and their reluctance to venture into the cold. Clients have even told her that they would prefer to date someone who lives in their very same apartment building!

In dating, Gandhi said, people tend to defer to what is easiest for them, instead of privileging what makes them happy. And this, according to her, is exactly what hinders us from finding what we’re looking for. Gandhi said that many daters expect that they will fall in love with a person “who [they] meet eyes with at Whole Foods over mangos and lives three blocks away.” And, while a cute meet-up over fruit would be convenient, it certainly limits the dating pool.

If the city of Chicago were Gandhi’s client, here’s what we imagine she would say: Get over your preconceptions about neighborhoods. Put on your winter coat and go outside. Consider what qualities in another person make you really happy, and make a list of them. Then, broaden your search radius to 30 miles.

Huge thanks to the 48 people who helped us understand Chicago’s dating scene by contributing their dating stories and observations. Some highlights from them include:

Shunda M., who (from experience) warned us to ask, before getting picked up for a date, “Is there anything in your car I might get arrested for?”

Kelly B., who made us nostalgic for 1970s dates at Man-Jo-Vin’s hot dog stand in North Center.

Laya R., who showed love is possible even on a sinking zombie ship on Navy Pier.

Isaiah B., who dates inside a two mile radius of his home.

Olivia A., who gave evidence that Chicago men swipe right for pastry chefs.

Keira S., who warned that Chicago food might be a little heavy for a third date.

Tom K., who brought the phrase “a warm stone in my bed” into our lives.

Erin M., who prefers to call it “harvest season.”

Rashiq R., who met his girlfriend while driving an Uber.

Noel, who met a date in the back of an Uber.

Megan M. who met all three of her dates with Daves on the CTA.

Gabriel, who, in a deeply unlikely scenario, found love snowboarding in Chicago.

Yanni B., who hasn’t dated in years but knows through friends that it’s horrible.

Breanne, who told us she wouldn’t mind dating in the snow. (Unless it’s slushy and gets her shoes dirty.)

Amanda S., who met her wife in an “old-fashioned speed dating situation.”

Terri, who found love while working at Whole Foods (but as far as we can tell, not over mangos)

Sarah Geis is an independent audio producer in Chicago. Follow her @sarahegeis