The Chicago Urban League releases today a 10-year plan to dismantle structural racism in the city by improving education, employment, and economic development for African Americans.

As she sat in Fuller Park, a park in a South Side neighborhood of the same name, Runner used the community as an example of those the league plans to help turn around.

South Side neighborhoods like this that stay segregated—both racially and economically—struggle with high poverty and high unemployment. Earlier this year, the Urban League highlighted 19 Chicago communities it said faced “persistent segregation.”

Those questions drive very specific goals, noted in the blueprint: 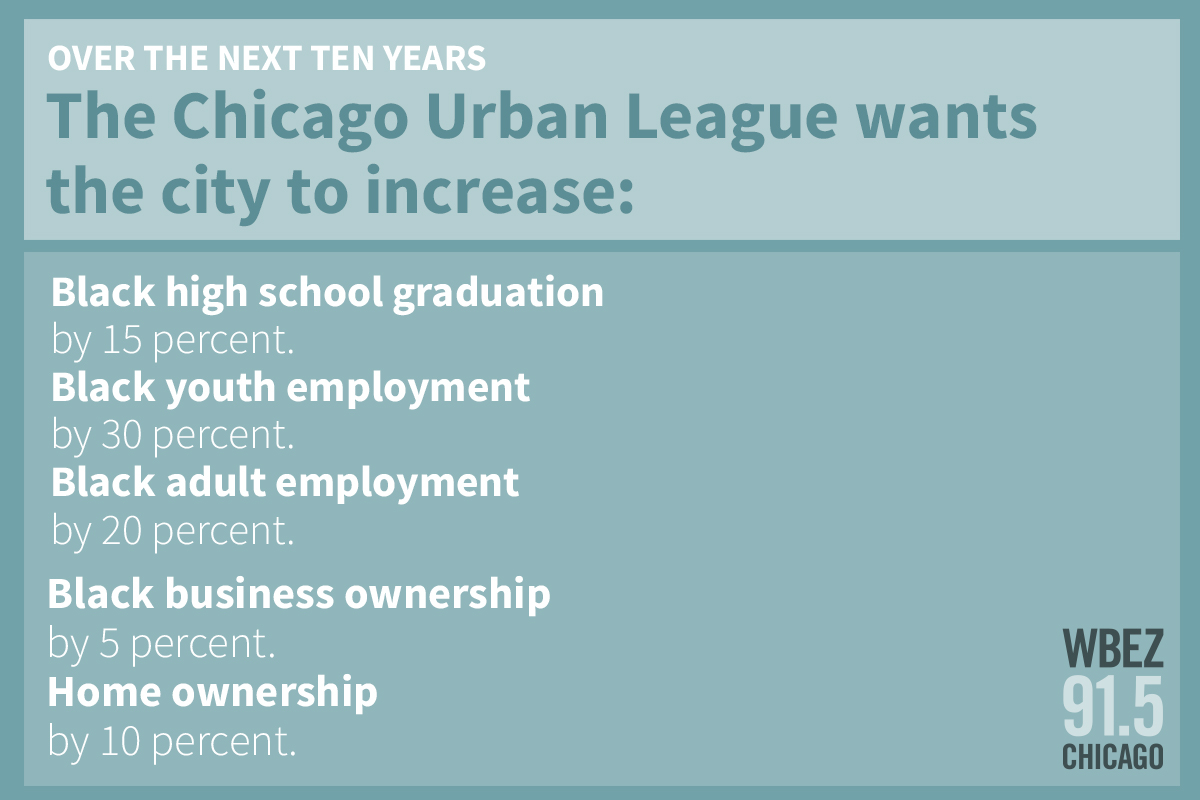 “It’s a travesty that in 1950 and 1960 we had segregated schools. Our schools are segregated like that now. Again. We haven’t done anything but let it happen,” Runner said.

It’s part of what she calls “structural racism”—a disinvestment and inaction in the face of inequality.

Runner said the Urban League is imposing a timeline to improve black neighborhoods.

“We’d like to say take ten years. It’s going to take some time. These problems didn’t occur overnight, but we’re going to have to take that time and really hold ourselves accountable,” Runner said.

The first year in the 10-year plan calls for partnering with community groups and building relationships to figure out ways to meet the goals. The blueprint calls for building a specific strategy and agenda by 2018. Corporate and civic support are necessary.

“The first step will really be to take this as a watershed moment in our community. This kind of discussion about race, about how that is impacting our community—not just the African-American community but the city of Chicago as a whole—has to be had. And we really need to start to think: Where are we?” Runner said.

Ultimately the Urban League wants to reshape battered communities. Turning them into thriving places with good schools, jobs, stores to shop in and wealth-building to negate decades of racism and neglect.

They see more resources for schools in poor communities, job training and opportunity for youth and adults.

The dominant narrative in black communities is gun violence. But Runner says the Urban League is focusing on causes of inequality—not the symptom. Gun violence, she says, is a symptom of poverty and inequality.

The blueprint becomes public Wednesday and Runner says she will start passing it out to anyone and everyone who will listen.

Natalie Moore is WBEZ's South Side Reporter. Follow her @natalieymoore.