David Jakubiak and his 6-year-old daughter, Anya, are fascinated by river otters.

Even if you’re not an animal lover, it’s easy to understand why they’re drawn to this particular mammal. They’re the epitome of adorable — as if someone crossed a dog with a heavily whiskered teddy bear and released it into the wild.

The Jakubiaks live close to the Brookfield Zoo, where they often visit the otters and their newborn pups. So they’ve had plenty of opportunities to see them in captivity. But they’re also fairly certain they’ve seen muddy otter tracks at the nearby Salt Creek Trail. David says he’s also heard rumors that more people have been reporting otter sightings in Chicago’s Loop, near his office.

So he asked Curious City: Are otters actually settling in the main stem of the Chicago River?

To clarify, David wants to know if the increasing number of otter sightings means that otters are creating permanent dens and breeding in the bustling parts of the river that pass right through downtown Chicago.

If otters are settling along the urban stretches of the Chicago River, that’s a big deal because 40 years ago, it would have been nearly impossible to find an otter in Illinois, nevermind Chicago. In the early 1980s, there were fewer than 100 North American river otters in the state. Thanks to a reintroduction program in the 1980s and 1990s and stricter environmental regulations, the population skyrocketed to nearly 20,000 by 2012.

Still, despite the increase in the otter population, David’s question about whether any of these otters are actually building dens and having pups near the Merchandise Mart or the Riverwalk isn’t easy to answer. It turns out, nobody knows — at least not yet. But it is something researchers in Chicago are trying to figure out. And one thing they do know is that in order for otters to thrive in the river downtown, they need clean water, access to food and the proper habitat. 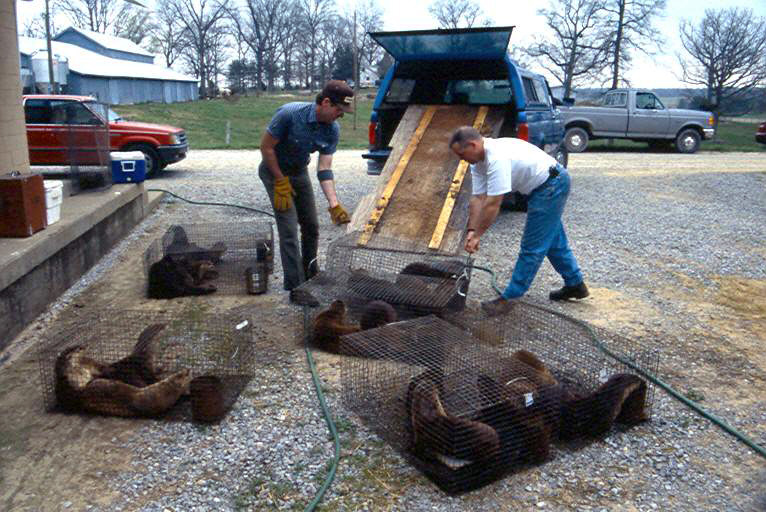 Last year, the Cook County Forest Preserve and Chicago Zoological Society launched the Urban Otter Project to answer a question similar to the one David and Anya have: Do otters actually like being around Cook County and Chicago?

Wildlife biologist Chuck Rizzo, who is part of the project and has been tracking otters with transmitters, says the closest they've recorded otters settling to Chicago is a pond in Barrington.

But that doesn't mean it's impossible for otters to reach the main stem of the Chicago River downtown. They can travel pretty long distances, up to 20 miles in a day,  during the summer months.

“They just get in the water and go,” Rizzo says.

By tracking the otters, Rizzo and his colleagues hope to learn more about what kinds of habitats they prefer for breeding, how far they’re willing to travel in order to find a suitable habitat and whether they’re spreading diseases.

But tracking otters in the river downtown can be more difficult than tracking them in other waterways,  Rizzo says. That’s because cell phones and other telecommunication devices can actually interfere with the tracking system. Still, Rizzo says he thinks it’s possible his team will eventually track an otter to the main stem.  The river has more food sources than it did before, and as far as cleanliness goes, there’s less industrial runoff and fewer people are dumping waste into the river, he says. 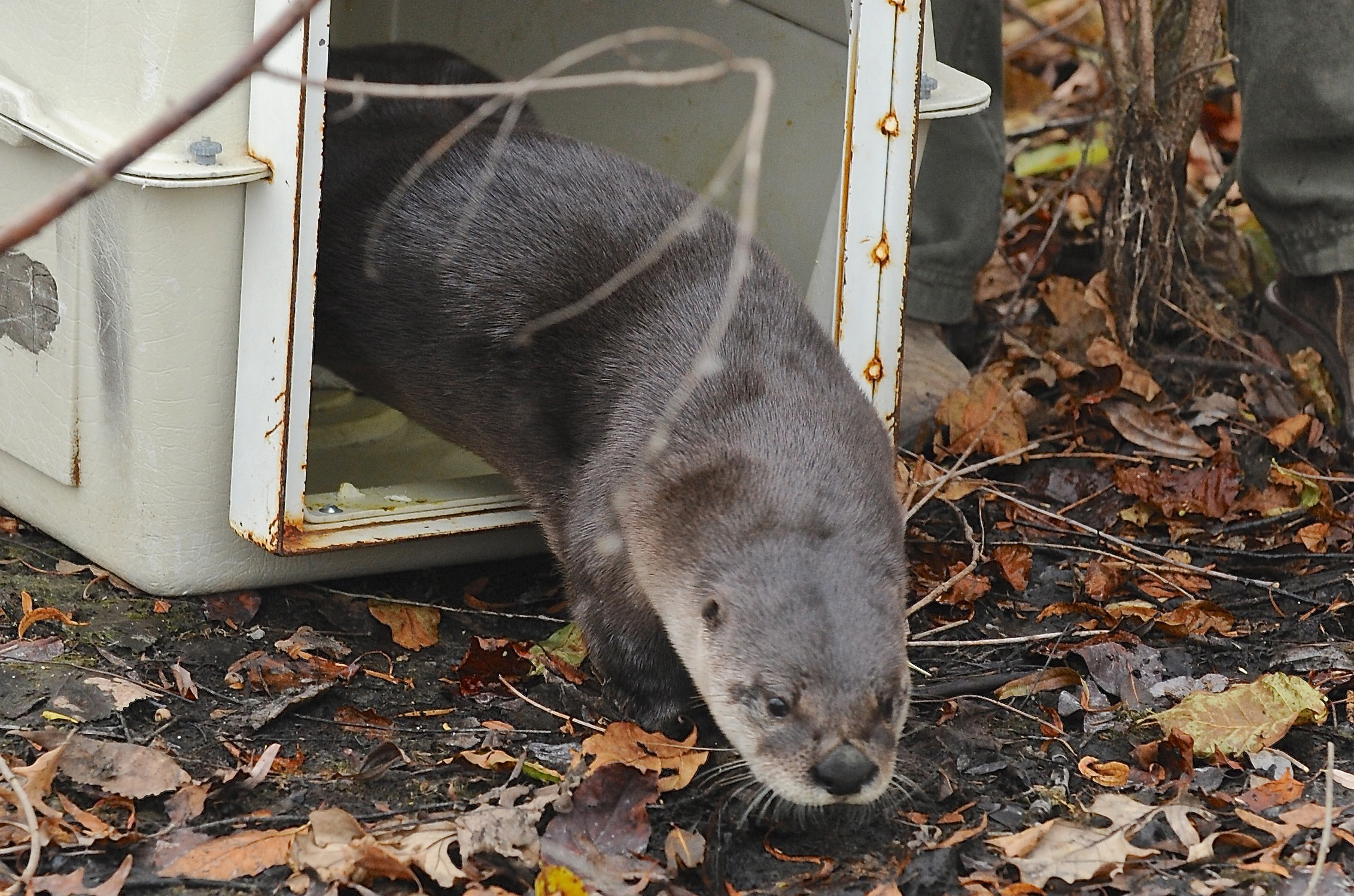 The Chicago River was once heavily polluted and not the kind of waterway that animals like otters might call home. But there have been local efforts to clean up the river, and government regulations have also had an impact on improving the water quality, says Bob Bluett, a wildlife biologist for the Illinois Department of Natural Resources.

"Before, there were only a few fish species [in the state] and the water wasn't very pleasant," Bluett says. "But that got better over time as regulations kicked into gear.”

Specifically, Bluett says the Clean Water Act of 1972 “did wonders” for cutting down industrial and city waste and, as a result, it helped boost biodiversity in the river.

With more biodiversity comes more food sources for otters. According to the Metropolitan Water Reclamation District of Greater Chicago, 59 different species of fish have been collected from the Chicago area waterways system since 2000. And it’s not just the type of fish that’s increasing. The MWRD report says the total number of fish caught along the Chicago River has also spiked, and it credits water treatment operations decreasing the level of harmful substances like ammonia. Cleaner water means more fish. More fish means more food for otters.

Plus, cleaner water attracts other animals, like beavers, that will build and, eventually, abandon habitats otters will use later on.

“You really want to make sure that multiple habitats are healthy,” says Claire Snyder, a conservation specialist at the nonprofit organization Friends of the Chicago River.

Snyder says clean water also attracts another key species: humans. In the past, she says people were put off by the river’s polluted reputation. But as the river gets cleaner, more people are seeing the environment thrive and want to help with environment-related projects.

“People are coming to the river for recreation and they're like, 'Oh I saw an otter. What can I do to help the river out?'” Snyder says.

Projects aimed at things like habitat restoration both directly and indirectly benefit otters. And eventually it could encourage them to settle in the Chicago River, Snyder says.

And that would offer people like our question asker David a chance to finally spot an otter and get a little bit closer to nature, even in the midst of downtown Chicago.

So, since we know it’s possible to spot an otter in the Chicago River, how do you do it? It’s really quite simple. All you need to do is quit your job, set up camp and keep an unbroken focus on the Chicago River 24 hours a day, 7 days a week.

Seeing an otter is quite rare. They’re fast, travel by water and don’t really like humans all that much. But it’s not impossible to catch a glimpse of one. Here are a few tips on how you might become an otter spotter and pointers on what you should do if one crosses your path.

More about our questioner: 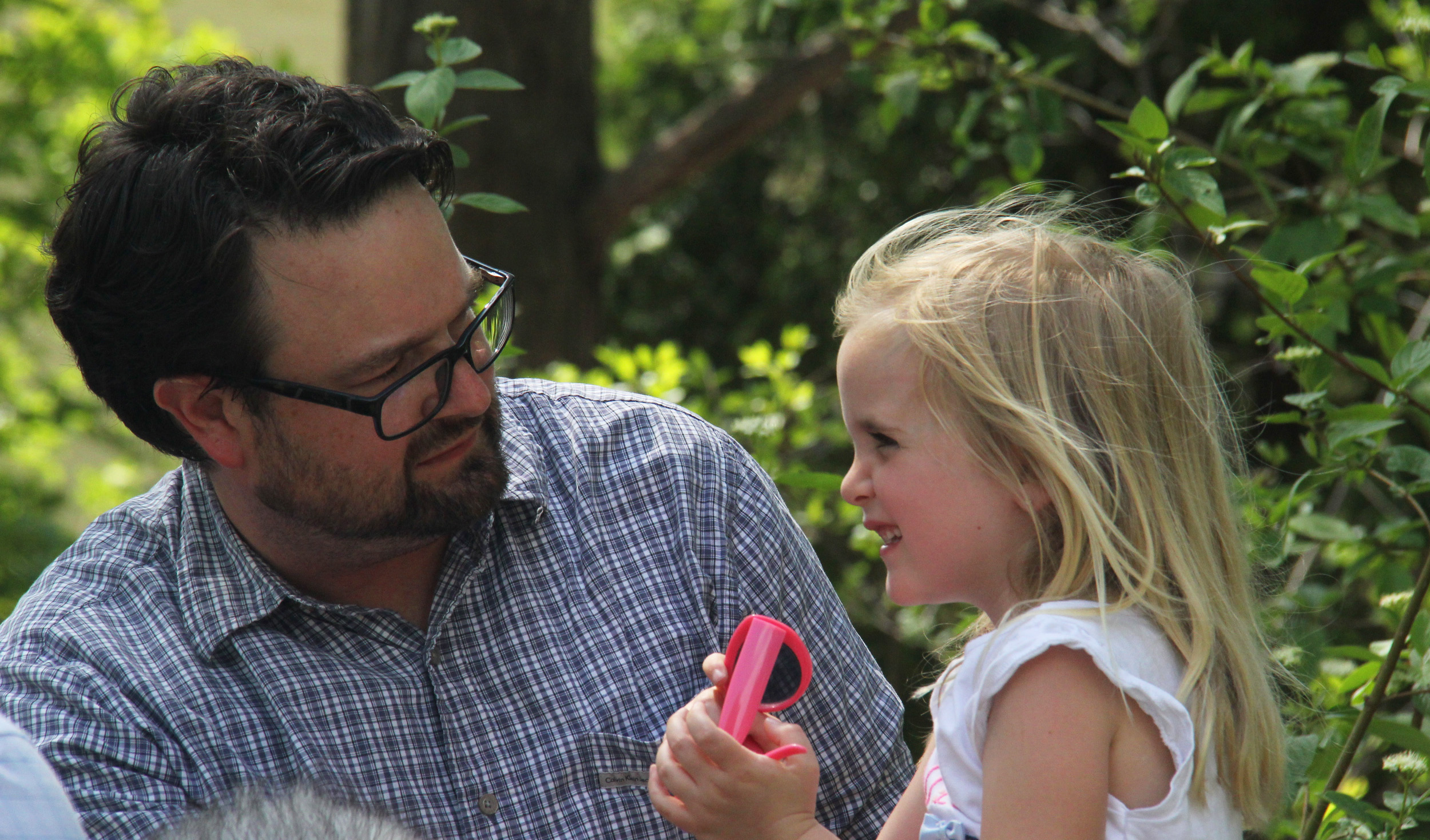 David Jakubiak is the director of media relations at the Environmental Law and Policy Center. His office is located on Wacker Drive, and he often takes clients out to fish on the Chicago River. His work, combined with his constant exposure to the river, only fed the flames to his otter question.

David says he’s happy to hear that the Chicago River could become home to otters and that he could have his own otter sighting sometime in the future. He said he hopes the city will continue to build a healthy, otter-friendly ecosystem and not revert to its reputation of having a dirty river.

David also says he’s encouraged by the research from the Urban Otter Project. It’s something he hopes continues as his daughter Anya gets older.

“If she decides [otters are] something she wants to pursue as she continues her education, maybe she can be a graduate student who works with Chuck on otters,” David says. “Or maybe she will change her mind, 6-year-olds are allowed to do that. But it’s a possibility and it would be pretty sweet.”

Marc Filippino is a Chicago-based freelance reporter. Hit him up on Twitter @mfilippino.