The Chicago Architecture Center will open a new museum-quality showcase of the city’s contributions to world architecture and tall buildings Friday in the building known as One Illinois Center.

The architecture center will move into the first two floors of the 30-story building at 111 E. Wacker Dr., which was designed by famed architect Ludwig Mies van der Rohe and was the first step in transforming an 85-acre tract of railroad land east of the Loop.

In the 1960s, the Chicago River was thought of as a polluted industrial waterway, so it's no surprise Mies van der Rohe’s design essentially turns its back on the river. When the building opened in 1970, the entrances were few — in some cases virtually hidden — and street-level stores were inside a maze-like concourse.

“Illinois Center was very internalized,” said architect Gordon Gill, whose firm Adrian Smith + Gordon Gill Architecture designed the space for the new Chicago Architecture Center. “But that was right for its time.”

The architecture center will occupy a 20,000-square-foot space on two levels where there was once a Houlihan's restaurant and mostly useless outdoor plaza. 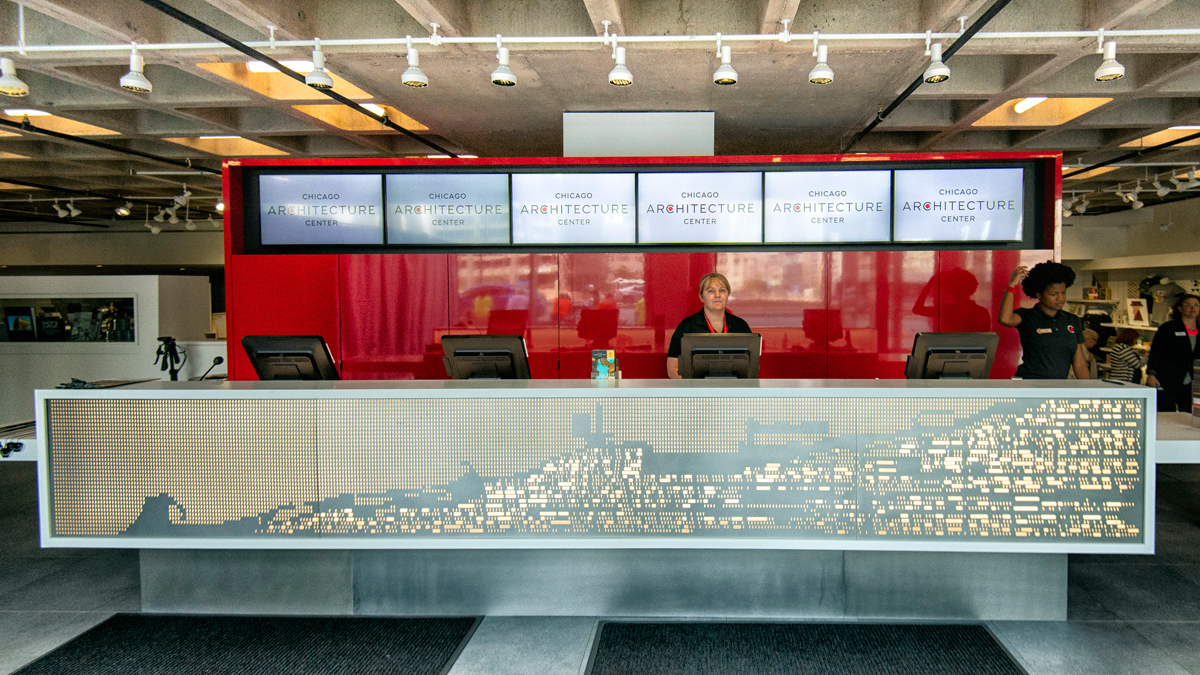 The opening is the latest evolution to several buildings near Michigan and Wacker. Together, they have changed the city’s riverfront from a modernist fortress into inviting spaces for people who aren't fearful of being downtown. Here’s a look at some of the other changes.

Next to Mies van der Rohe’s building is Michigan Plaza, which has been updated with an undulating red canopy, new landscaping, and new furnishings that made the once-windswept modernist slate into a colorful, inviting place to have lunch.

Walkway in the works

The Mies van der Rohe building and its neighbor at 233 S. Michigan Ave. will soon be connected with a pedestrian walkway that will make it possible to go directly from one building to the other without having to go through the maze-like concourse. Designed by the architecture firm Goettsch Partners, the glass-enclosed walkway will include (gasp) decorative lights running at angles overhead to break up the strict rectilinear grid.

Illinois Center will finally open toward the Chicago River with a soaring new Wacker Drive pedestrian entrance and a retail space with its own small river-facing plaza. 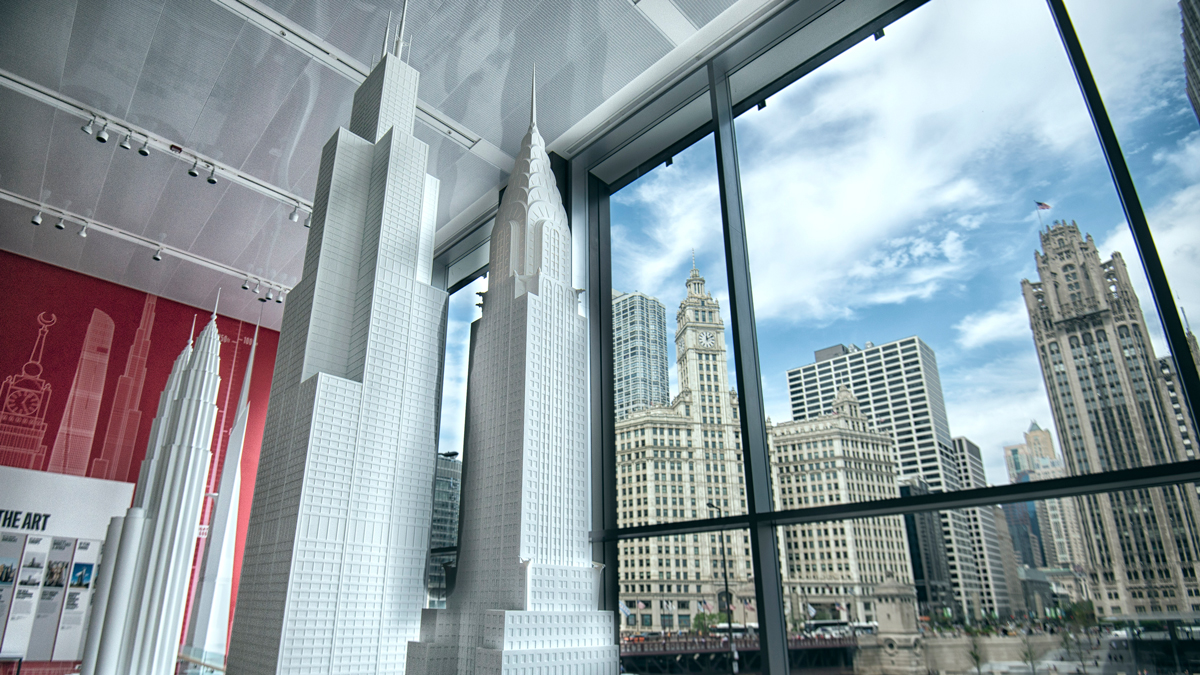 Along with the nearly transparent Apple Store across the river, the renovations will completely transform the attitude toward the river, which is more like a main street than a filthy back alley that buildings turn away from.