Devin Henderson was driving down Lake Shore Drive one morning and spotted what he thought was a dog at first. But then he looked closer.

So Devin pulled out his phone and looked up the Chicago Department of Animal Care and Control.

“And on their website, they said, ‘Don’t call us about coyotes.’”

I saw a coyote today and was surprised to learn Chicago protects and tracks urban populations of them. Why and how?

The Chicago area is home to an estimated 2,000 coyotes, according to the Urban Coyote Research Project. It’s one of the largest studies of its kind in the country. Researchers tag the coyotes and study their behavior in an urban environment.

“The ultimate goal of this project is to look at the fate of these animals,” says associate research scientist Shane McKenzie.

So Curious City took fate into its own hands and spent a day with researchers as they searched for coyote pups. You can check out how the day went (and see adorable baby coyotes) in the video below. 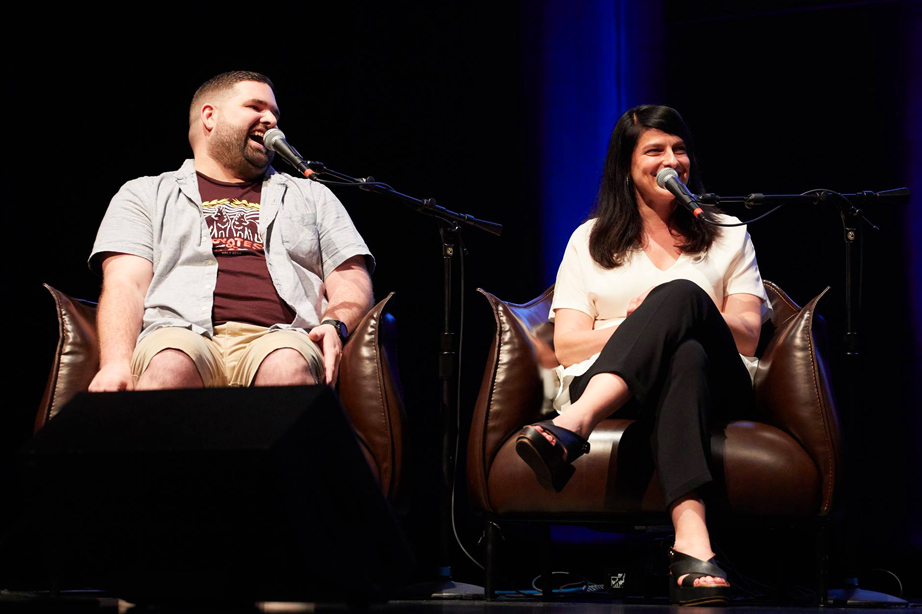 Devin Henderson lives in the Andersonville neighborhood and works as a technology consultant.

Before attending the Science Friday live show with Curious City, Devin says he didn’t know much about coyotes living in urban areas and was surprised to learn about their behavior.

“I know coyotes to be very solitary animals, so it amazes me that so many of them want to live in such close proximity to a dense population,” he says.

Devin was also amazed to learn that the urban coyote population living in and around Chicago is in the thousands.

“I thought the coyote I saw wandering the street was a lone exception, but I was surprised to learn that there were that many.”

Since the show, Devin has kept an extra eye out for coyote sightings, especially around the cemetery near his apartment.

“I’ve actually found myself taking a few walks there every now and then to see if I can spot one,” he says. “But otherwise I leave them alone and admire them from a distance."