An experimental court on Chicago’s West Side resolves cases with peace circles instead of judges and juries — and officials say it could expand into other communities.

The Restorative Justice Community Court brings young adults accused of nonviolent crimes, such as drug possession or vandalism, face-to-face with their victims and neighbors.

Here’s how it works: The Cook County State’s Attorney’s Office diverts qualifying nonviolent misdemeanor and felony cases from traditional court to the Restorative Justice Community Court at UCAN, a nonprofit youth development group in North Lawndale where the court operates on Thursdays.

Right now, the restorative justice court only takes residents from North Lawndale and Garfield Park between 18 and 26 years old who want to participate.

In exchange for an admission of guilt and a willingness to discuss what motivated the crime, participants are allowed to join the program. 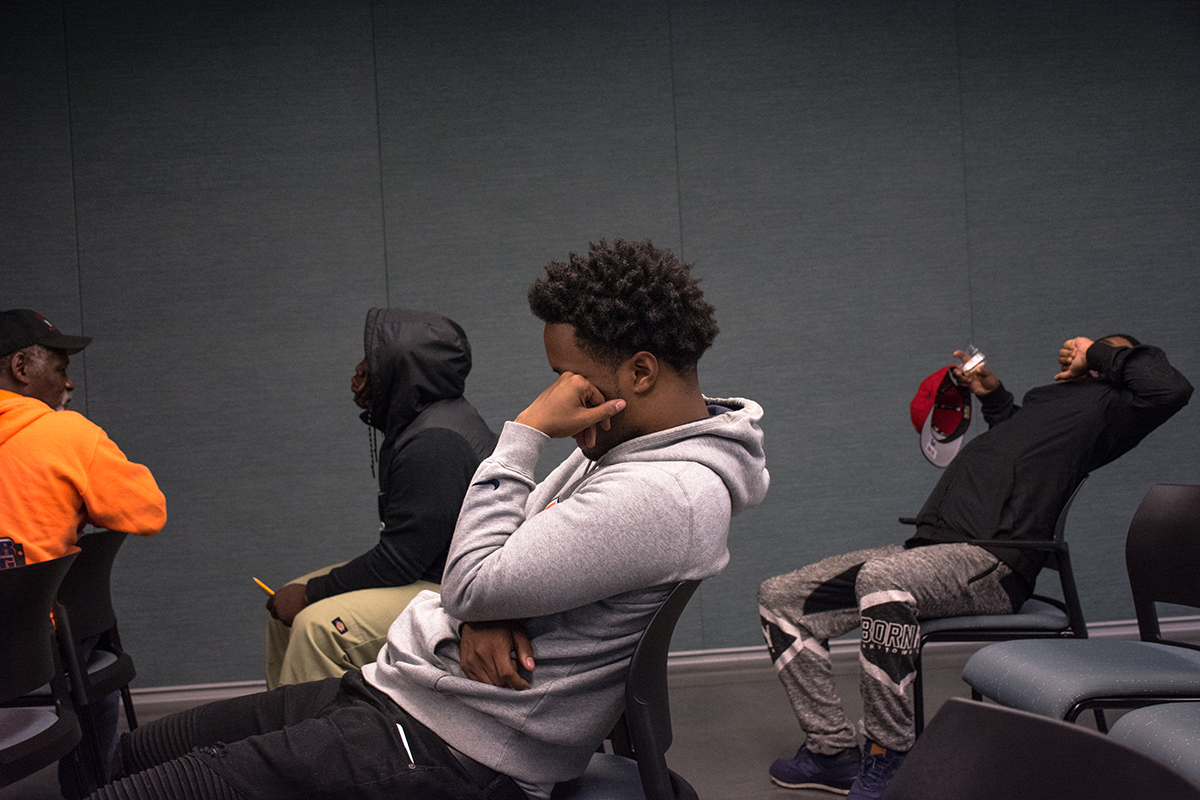 The participant, victim, community members, and court staff come together for a confidential conversation in a peace circle to talk about the crime. The community members — not the judge — then work out a legal agreement called a “repair of harm agreement.” For example, the victim may ask the participant to paint over graffiti or volunteer at a neighborhood food drive to make amends for a crime.

The participant is connected with social service agencies to help them take GED classes or find a job, and stay crime free. The repair of harm agreement usually takes six months to a year to complete, at which point the participant’s charges are formally dropped with the potential to have their record expunged. 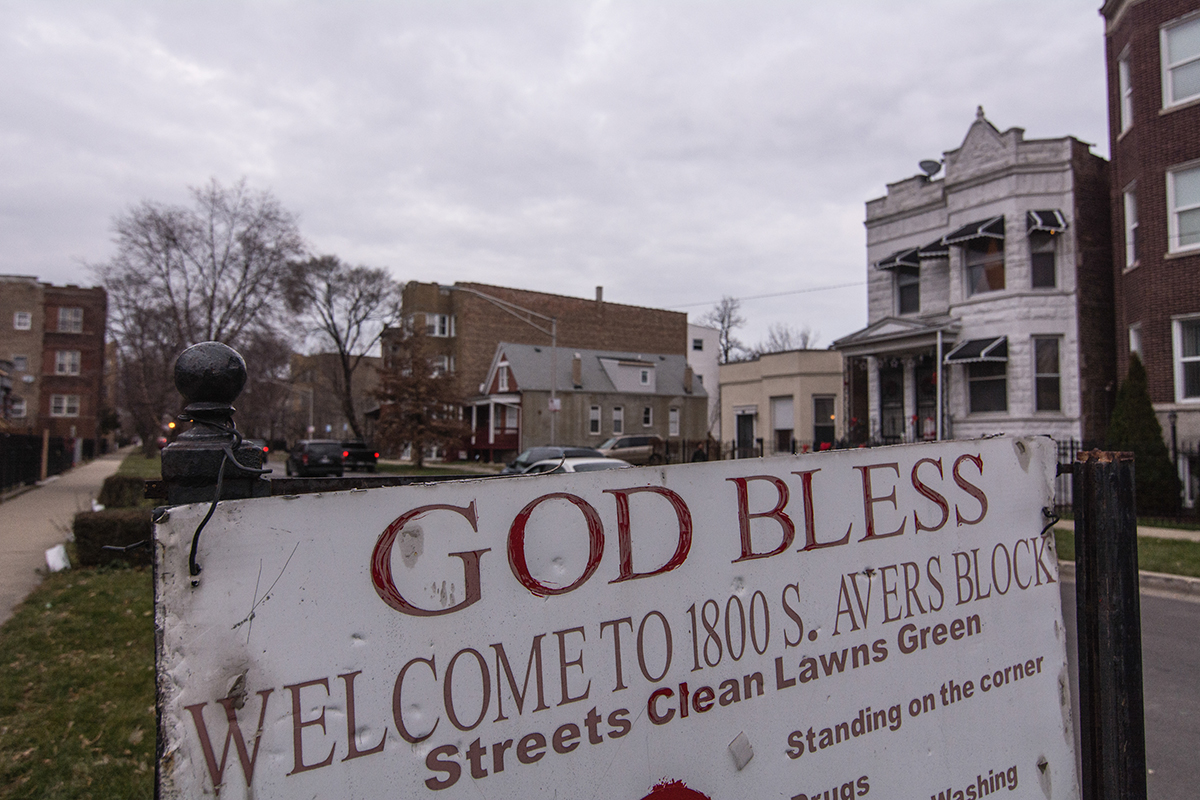 “What we intend to do here is have them become accountable in a new way,” said Cook County Chief Judge Timothy Evans. “Not where we are focusing on punishment, but on healing instead that happens through involving not just the perpetrators but the victims as well.”

Since last August, the court has seen 44 cases. Two participants have successfully completed their repair of harm agreement and had their cases dismissed. If a defendant can’t participate in the program, their case is referred back to a felony or a misdemeanor court.

The first person to complete the program was a 19-year-old man named Kenny, who only agreed to talk on the condition his last name not be used.

He said the community feel was tangible.

“It’s like everybody cares, even the sheriffs, they care about you and the case,” he said. “They want you to do better.”

Julius Lang, a senior adviser at the Center for Court Innovation, a New York-based nonprofit that aims to improve trust in the justice system, said the new court’s peace circles were unique nationwide.

And the structure has piqued interest far beyond Cook County. Representatives from Taiwan, South Carolina, and various U.S. cities have made trips to watch the proceedings in action.

How the court started 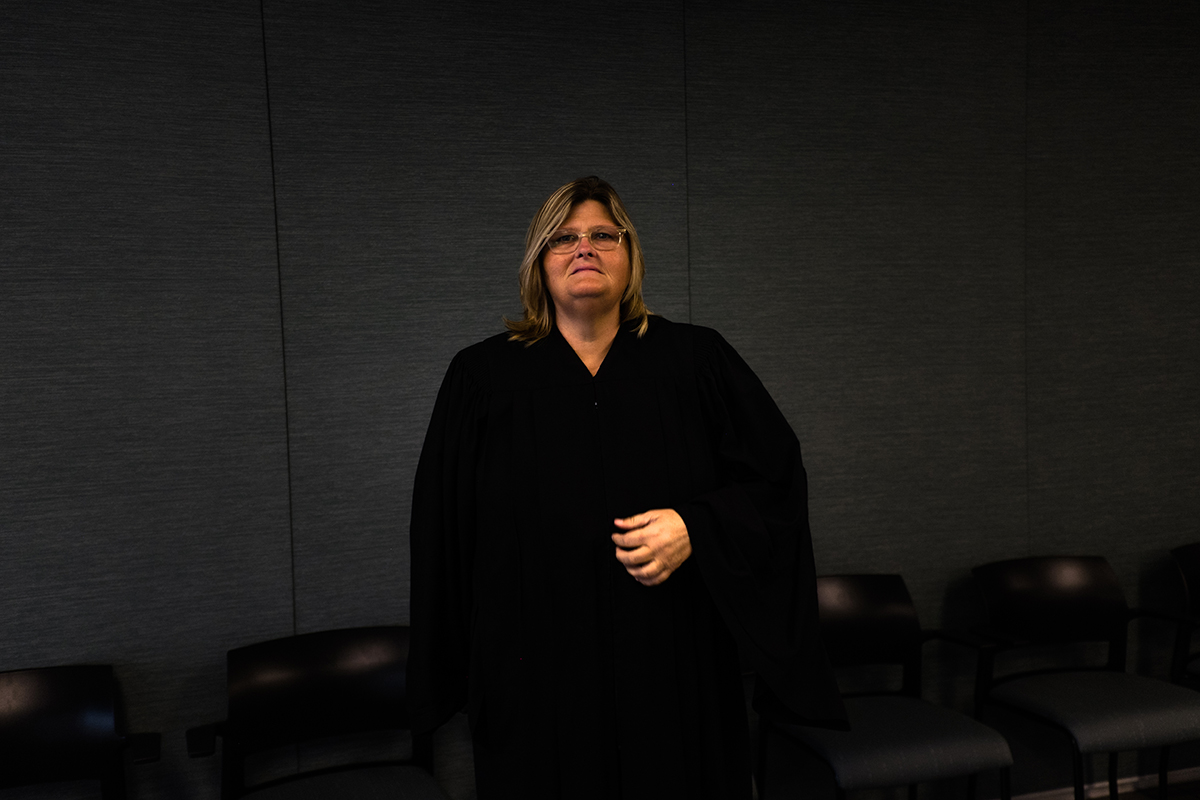 The Red Hook Court decreased the number of people who ended up back in prison and  reduced costs for taxpayers. The court’s existence also coincided with a drop in crime, according to a 2013 study by the National Center for State Courts.

In 2016, the U.S. Department of Justice gave Cook County a $200,000 grant to launch their own community court. According to documents, the total estimated cost of the Restorative Justice Community Court — including broader support services, rent, and staff — is more than $2 million.

What if there is no traditional victim?

The court works even if there isn’t a victim. Drug cases have made up a majority of the 44 cases held at the Restorative Justice Community Court in Chicago since it started nearly a year ago. In 14 of those cases, there was no specific victim. Therefore, the court staff used volunteers as “surrogate victims.” Surrogate victims participate in all cases where there is no true victim, Sheehan said.

Court personnel and supporters recruit community members as surrogate victims. These volunteers often fall into two categories: former victims of crimes or people with criminal backgrounds who now want to act as mentors.

“That’s the idea of a surrogate victim in general — to get a different perspective,” Sheehan said. “It's not just the police making arrests, it's other people in the community of North Lawndale that could be deeply impacted by selling drugs or the use of drugs.” 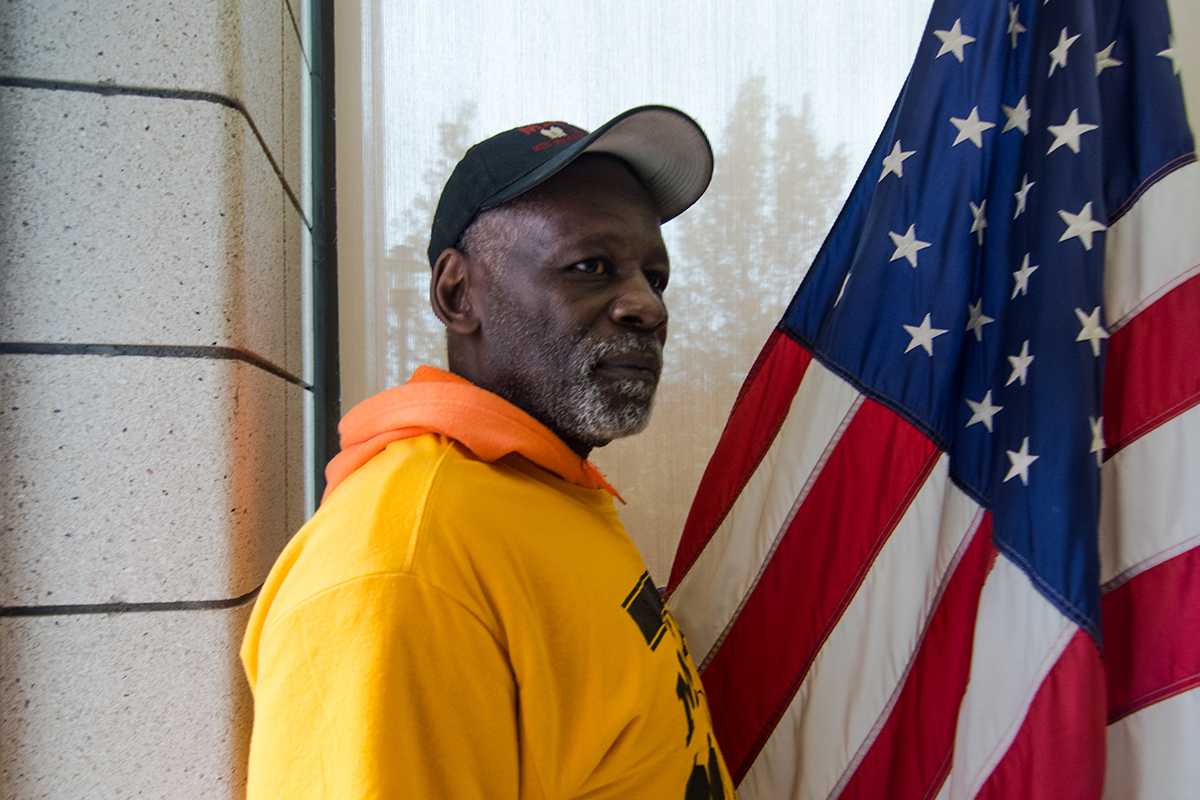 Robert “Rock” Calhoun Sr., 64, served as a surrogate victim to Kenny, the first person to complete the program. Calhoun said they stayed in touch after the peace circle. The two went on walks, ate breakfast together at Denny’s, and handed out turkeys on Thanksgiving, he said.

Who leads the peace circles?

Jeramey Winfield and Mashaun Hendricks prepare volunteers to be surrogate victims and facilitate, or “co-keep,” the peace circles. 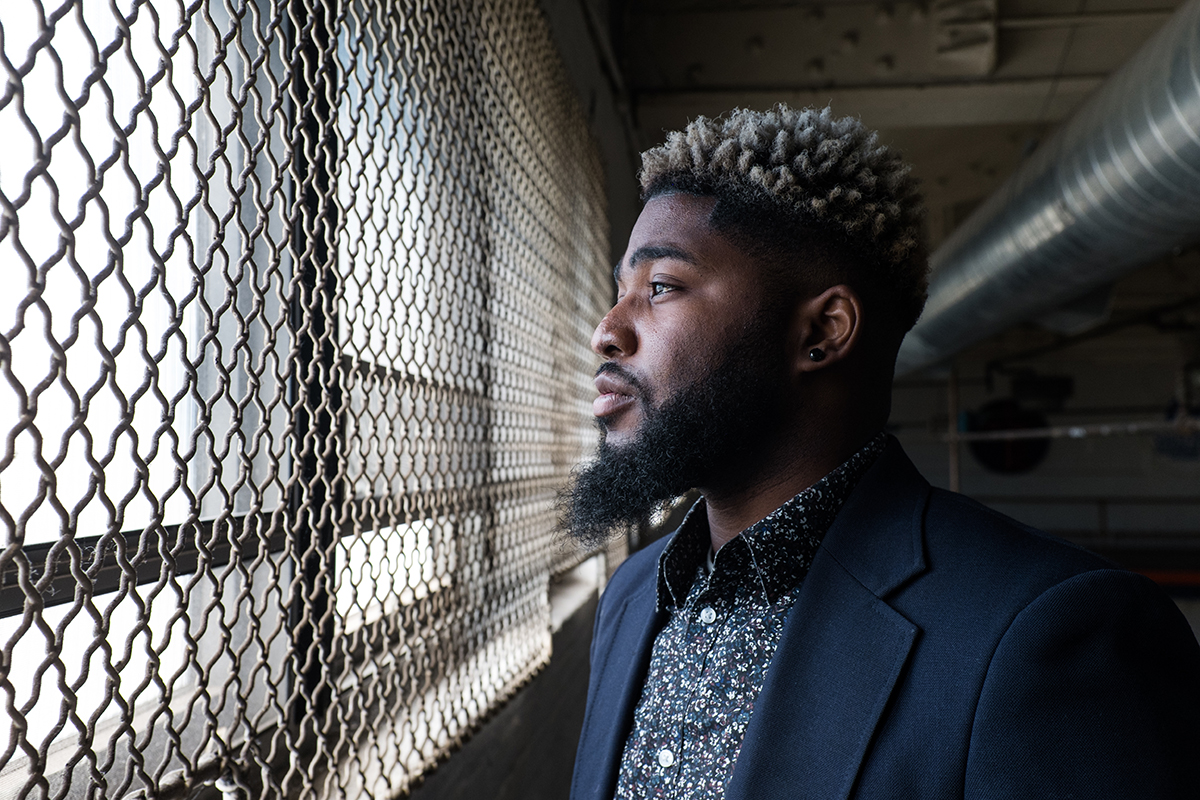 Hendricks, who is tasked with ensuring the court adheres to restorative justice principles, believes the court is in the beginning stages of shifting power away from a traditional court setting to community members to mediate conflicts.

“Is this 100 percent community-driven and -led? No. Is it set up to be? No. Does that make it less restorative? No. For me, restorative justice is all about building relationships,” Hendricks said.

Researchers at Adler University are leading an effort to measure the court’s success over a three-year period. Proposed metrics include a streamlined referral of cases and evidence that participants have both effectively resolved their case in the court and solved some of the root causes behind their crimes, according to court staff.

Evans said he would like the court to expand and that there are several options. It could increase the number of cases each year and broaden the range to possibly include resisting arrest and violent crime, which the current Department of Justice grant prohibits. It could also open similar courts in under-resourced, low-income neighborhoods like Roseland and Englewood.

“We are starting with the idea that what might work for North Lawndale may work in any one of the other 76 communities in the Chicagoland area,” Evans said.

Evans said the model has the potential to go national. Court organizers view the first juvenile court in the United States, established in Cook County in 1899, as an inspiration.

“It is very realistic to think that this could catch fire and become this idea that, just like there are juvenile court jurisdiction[s], that there could be a special jurisdiction for emerging adults and they are treated different,” said Cliff Nellis, Executive Director of the Lawndale Christian Legal Center.

This report was produced in collaboration with City Bureau, a Chicago-based journalism lab.