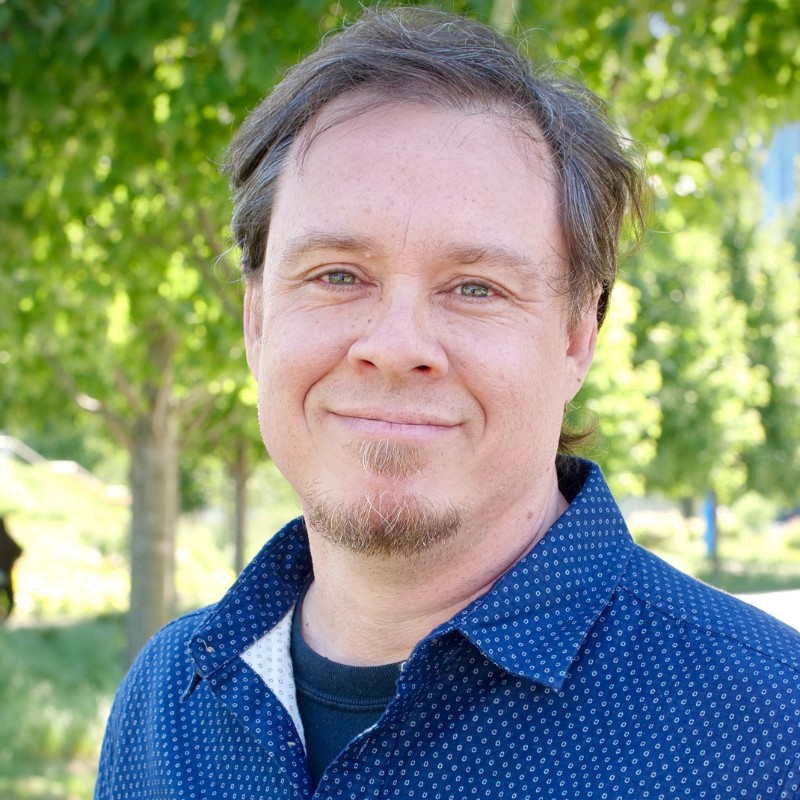 As Director of Training, Professional Development and Operations, Shawn works to make WBEZ’s journalists even better as they craft stories for multiple platforms. He also helps make a good many platforms, tools, and workflows work as smoothly as possible.

With help from editors, reporters, and other collaborators too numerous to mention, Shawn’s own work earned him top honors from the Illinois Associated Press, the Society of Environmental Journalists, the Illinois News Broadcasters Association and the Radio Television Digital News Association. He’s appeared on NPR’s All Things Considered, On The Media, This American Life, and Marketplace.

He earned a B.A. in anthropology and comparative religion from Cornell College, Iowa, as well as master’s degrees from The University of Chicago’s Divinity School and Northwestern University’s Medill School of Journalism. He regrets nothing.

Shawn digs taking photographs, especially of his wife, his cats and his Chicago neighborhood. They will, however, be kept off the internet. That is, until the time is just right.