Editor’s note: Patrick McBriarty posed this question to Curious City in 2015. We learned after publication that he had co-conducted five paid tours with one of our sources in this story, Liz Garibay, in the spring of 2016 through the fall of 2017. They have not conducted tours together since then.

Patrick McBriarty likes to try different bars in Chicago. So he was disappointed when he drove by Schaller’s Pump in Bridgeport, one of the oldest bars in the city, and saw it had closed. But Patrick says he’s gotten used to seeing these neighborhood taverns shut their doors.

“Some of the favorite bars that I had gone to in the past are not around,” he says.

He’s heard things used to be different — that there was once a bar or tavern on every corner in Chicago. But that’s clearly no longer the case, so he asked Curious City:

What happened to all the bars in Chicago?

In the early 1900s, Chicago had more than 8,000 saloons (an old-fashioned version of the modern tavern) — more than nine times the number today. Why they disappeared has to do with the city’s shifting demographics, a change in attitudes towards public drinking and the lasting influence of a Chicago political institution: the Daley family.

There was never actually a bar on every corner of the city, as Patrick heard. However, from the 1890s through the 1910s, the first heyday of Chicago taverns, there was definitely no shortage of barrooms.

But according to Liz Garibay, a historian who studies the role of alcohol in Chicago history, these saloons weren’t just watering holes. They were major social hubs, where people could make friends or find a job, and bartenders would cash paychecks and receive mail for their regular customers. Furthermore, many saloons catered to the predominant ethnic group in their neighborhood, making them critical spaces for new immigrants who were coming to Chicago around this time, and who often didn’t speak English. 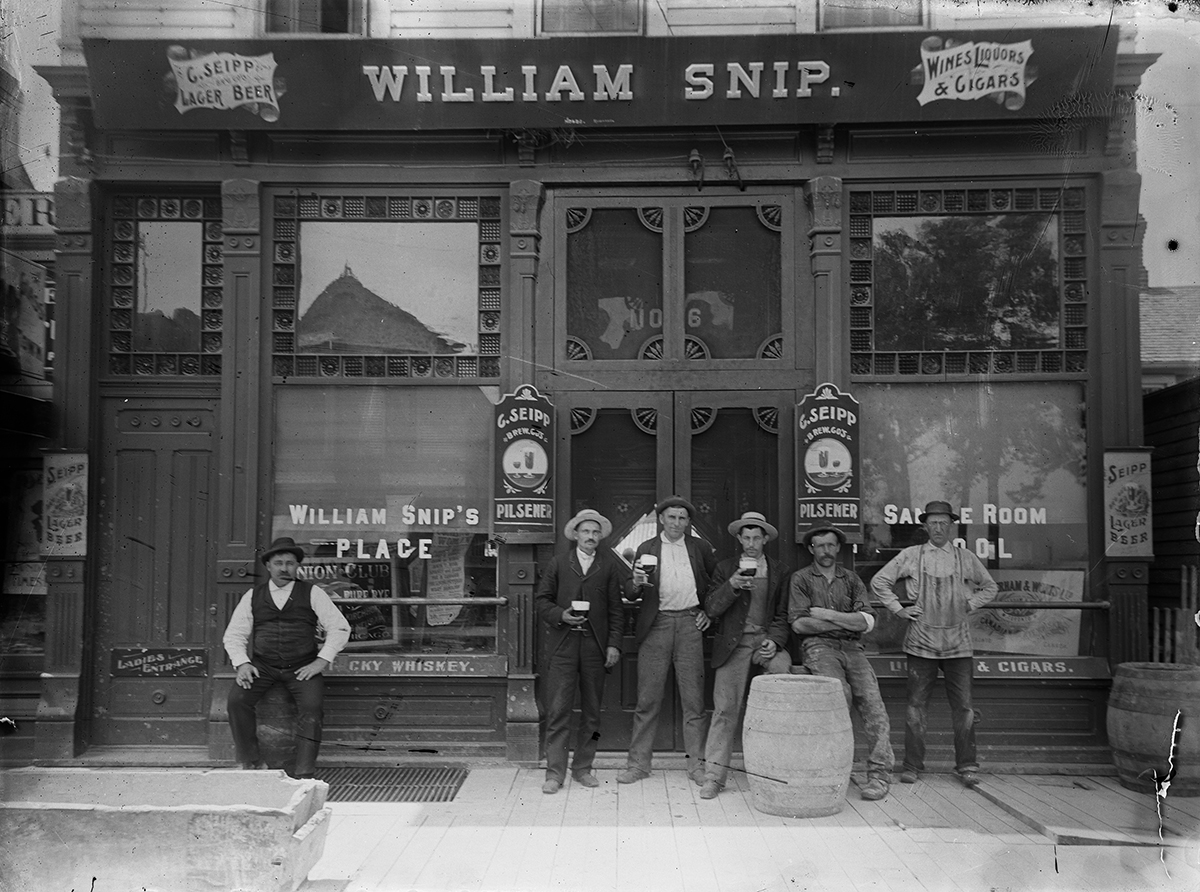 “At the end of the day, you want to be able to go to a bar where people speak like you, look like you, understand you,” Garibay says.

It was also relatively easy to open a new tavern: Liquor licenses were widely available, and a saloon-keeper needed to invest very little money because breweries would usually provide saloon-keepers with the storefront, alcohol, glassware, and furniture they needed.

But as these saloons were flourishing, the temperance movement, a social movement that advocated against the consumption of alcohol, was picking up momentum. In January 1920, Prohibition went into effect, banning the production, transport and sale of alcohol nationwide.

“We raised the saloon as a pet and then gave it the chloroform,” wrote Chicago journalist George Ade. But Chicago’s bar scene would come roaring back to life soon enough.

When Prohibition was repealed in 1933, Chicagoans wasted no time opening up taverns and going out to drink.

“There are stories of people going to breweries and hanging outside and shaking the fences,” Garibay says. 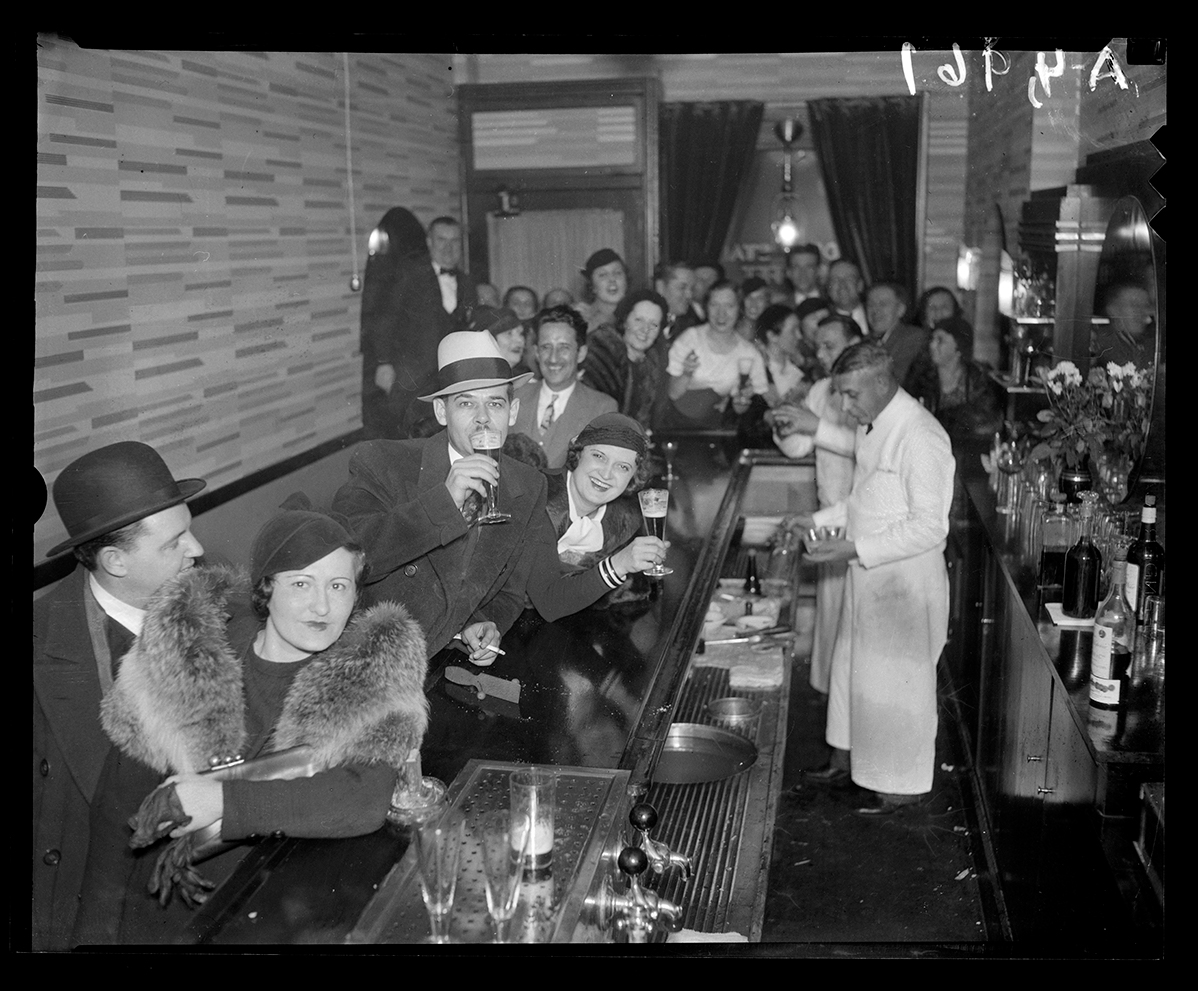 Enthusiasm for legal drinking after Prohibition helped drive this second boom in taverns, as did the growth of Chicago’s population and industrial sector throughout the 1940s.

Many new bars at this time catered to Chicago’s working class. One famously boozy area was the strip of Ashland Avenue between Pershing Road and 47th Street, on the western edge of the Union Stockyards. This stretch, lined with tavern after tavern, was known as “Whiskey Row.”

Stanley Kurek opened Stanley’s Tavern on Whiskey Row in 1935. His daughter, Wanda Kurek, now 95, remembers helping her parents clean the bar every morning as a child.

“It opened at seven in the morning and used to close at two in the evening, seven days a week,” she says.

The stockyards employed thousands of men, who kept Stanley’s and nearby bars flowing with customers all day long.

“There were three shifts in the stockyards,” Kurek says. “So at seven o’clock in the morning, the guys were leaving work because the others were starting.” 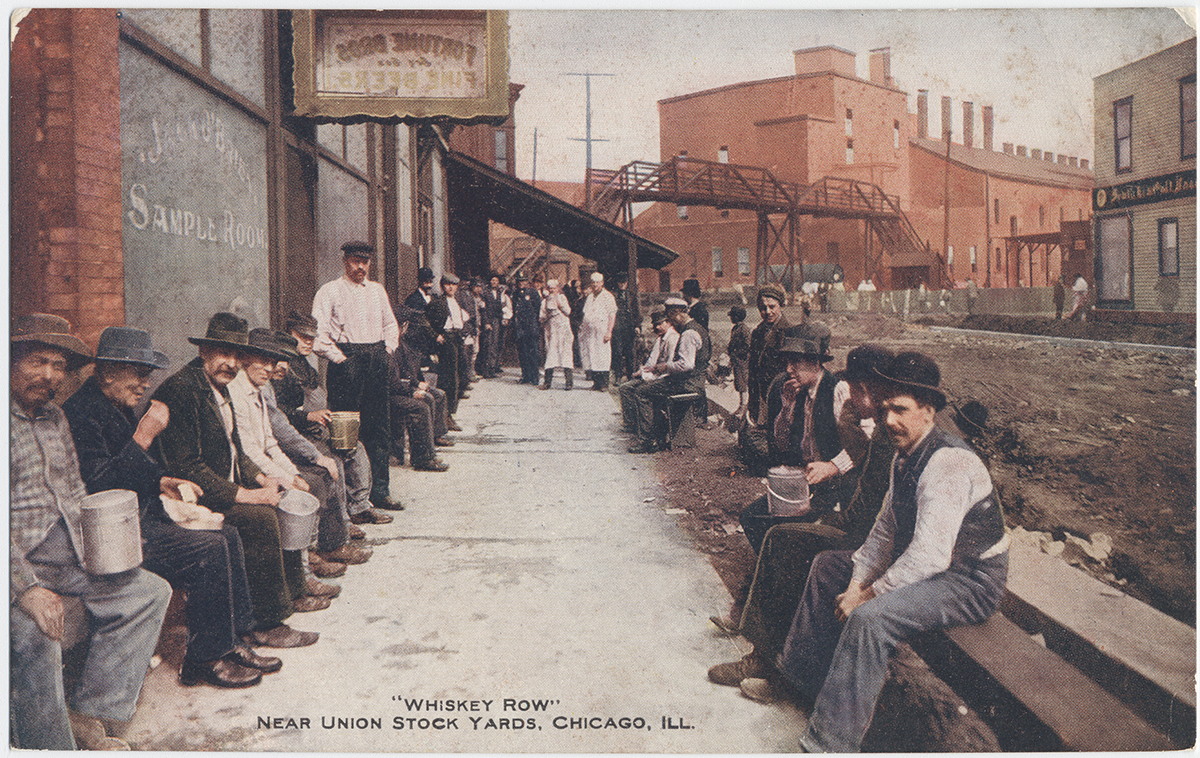 “There was enough people for everybody,” she says.

But this second heyday of Chicago taverns would not last.

In the ’50s, blue-collar industries like meat-packing began leaving Chicago. And fewer workers meant fewer customers for places like Stanley’s.

“Everything just demolished after the stockyards moved out,” Kurek says.

The city’s population was also beginning to shrink as people flocked to the suburbs. Meanwhile, refrigeration and air conditioning meant you could have a cold beer without having to go to the corner bar. Together, these factors dried up the customer base for many taverns across Chicago, especially in working-class areas. Today Stanley’s is the only old bar on Whiskey Row that’s still open.

Politics also figured heavily into the decline of Chicago taverns.

When Richard J. Daley was elected mayor in 1955, he sought to promote a law-and-order image. Among other things, that meant getting rid of any taverns that he believed were promoting drugs, prostitution or violence.

“When he saw some seedier places, even in his own neighborhood of Bridgeport, he automatically assumed that they might be all like that,” Garibay says. “And so you had to sort of nip that in the bud.”

In Daley’s 21 years as mayor, he revoked the liquor licenses of hundreds of bars. 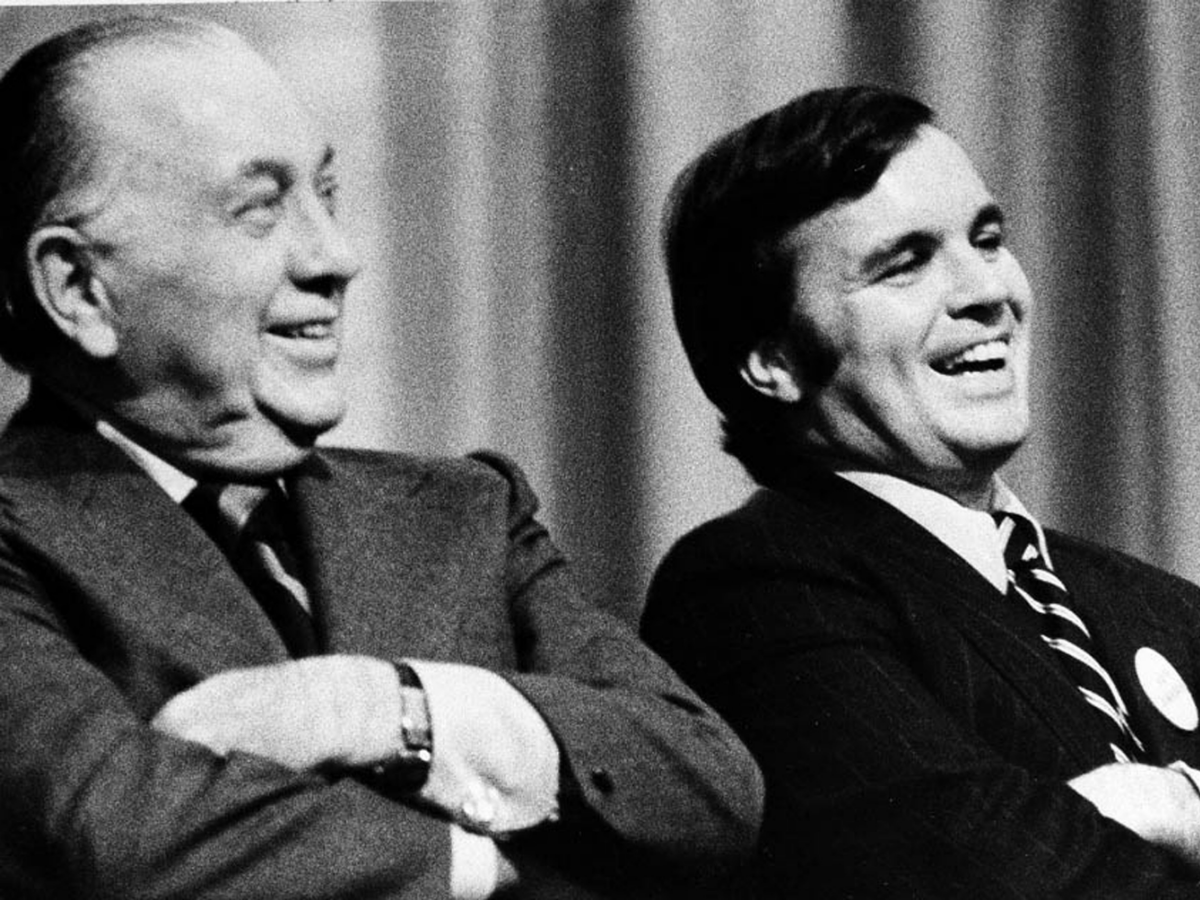 By the time his son Richard M Daley was elected in 1989, there were roughly half as many taverns as there had been in the ’40s. Still, the second Daley shared his father’s concern that certain taverns could bring down neighborhoods.

“It was all about just improving the quality of life,” says someone who worked closely with Daley who spoke to WBEZ on the condition of anonymity. “If you want people to live in a neighborhood, it can’t be a neighborhood with problematic businesses. That’s just the way he thought.”

It became much harder to maintain a tavern license under the second Mayor Daley. His liquor commissioner referred to the administration’s policy as a “crackdown.” The city developed a formal program to conduct stings where the police would send minors into bars. Owners who served them alcohol would have their liquor licenses suspended.

The city also printed brochures, held public meetings and produced a public access TV program called “Bad Liquor Establishments: What You Can Do!” with the goal of instructing residents how they could vote to ban alcohol sales in their precincts. Throughout the ’90s and 2000s, dozens of precincts across the city successfully did so. Bar and liquor store owners pushed back against these policies in court with limited results.

1989-today: Not everyone wants a neighborhood bar

Some of the most ambitious efforts to “dry out” precincts occurred on the city’s South Side, and they came directly from residents. Rev. James Meeks, a pastor and later Illinois state senator, led a successful drive to dry up dozens of precincts in the Roseland neighborhood in 1998, hoping to attract new businesses and remedy what he saw as an excess of liquor establishments. While Meeks was mainly concerned with liquor stores, many taverns also had to close as a result of the dry votes.

As old bars shuttered, the city made sure that new bars would not spring up in their place. In 1989, City Council began allowing aldermen to declare a moratorium on new liquor licenses being issued in their wards. Another ordinance that year required that neighbors be notified, and instructed on how to file an objection, whenever someone applied for a tavern license.

“It was very, very difficult to get a new liquor license because of the new rules,” says Mike Macharello, who opened the nightclub Circuit in the Boystown neighborhood in the 1990s.

When a local community group learned that he had applied for a liquor license, Macharello says they filed a complaint with the city arguing that having another bar in the area would bring down their quality of life. He had to hire a lawyer and spend two years fighting before he received a liquor license.

A map showing dry precincts and liquor moratoriums on taverns as of 2012. A dry precinct is a precinct where the sale of alcohol is banned. A moratorium on taverns means that new bars can not obtain a liquor license (though existing bars may renew theirs).

While Garibay doesn’t think the neighborhood bar will ever disappear completely, she believes that something is lost when the old corner taverns shutter.

“They’re just important contributors to what a real neighborhood was supposed to feel like,” she says. 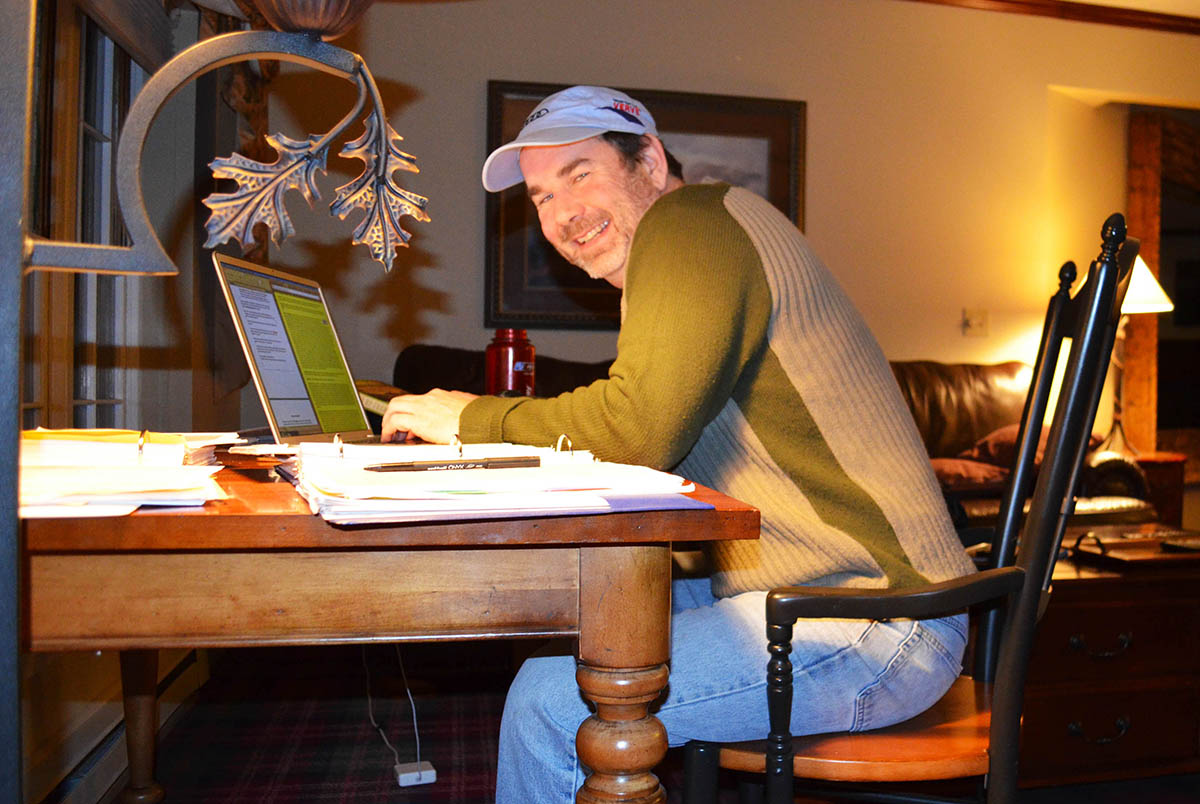 Patrick McBriarty is a writer and co-creator of the podcast Windy City Historians. As a former business consultant, he can see why people would be concerned about having too many taverns in their neighborhoods. But he says the policies enacted by the Daleys were "kind of an unfair way to crack down on it."

Despite the decline, Patrick is confident that Chicagoans will always have places to socialize over drinks — “And maybe it’s not gonna be the corner bar.”

Patrick is also the author of Chicago River Bridges and co-producer of the documentary Chicago Drawbridges. He can confirm another urban myth: The first bridge in Chicago was indeed built by a tavern owner looking to help customers reach his bar.

Special thanks to Patrick Reardon for sharing liquor license data.

Jake Smith writes and reports in Chicago. Follow him at @JakeJeromeSmith.