A new Chicago art exhibition explores problems in the city’s criminal justice system and brings artists and community groups together to come up with solutions.

“Envisioning Justice: An Exhibition” is part of a larger initiative by the nonprofit Illinois Humanities to engage communities across Chicago in a discussion about mass incarceration and how to think about justice in a new way.

Burge, who is a member of Chicago Torture Justice Memorials, is one of seven artists commissioned for the exhibition. Their task was to envision what justice would look like with inspiration from the neighborhoods that Illinois Humanities said are most affected by over-incarceration: Bronzeville, Back of the Yards, Little Village, North Lawndale and Rogers Park.

“What [justice] means to me is that we will have a system where if you commit a crime, we will use restorative practices to deal with that,” Burge said. “We will begin to address some of the root causes of crime: poverty, mental illness, lack of an education.”

Burge’s artwork in the exhibition is a monument to those who have experienced police torture, wrongful convictions and life without parole. Included in her piece is a quilt representation of 17-year old Laquan McDonald, who was fatally shot by then-Chicago Police Officer Jason Van Dyke in 2014. 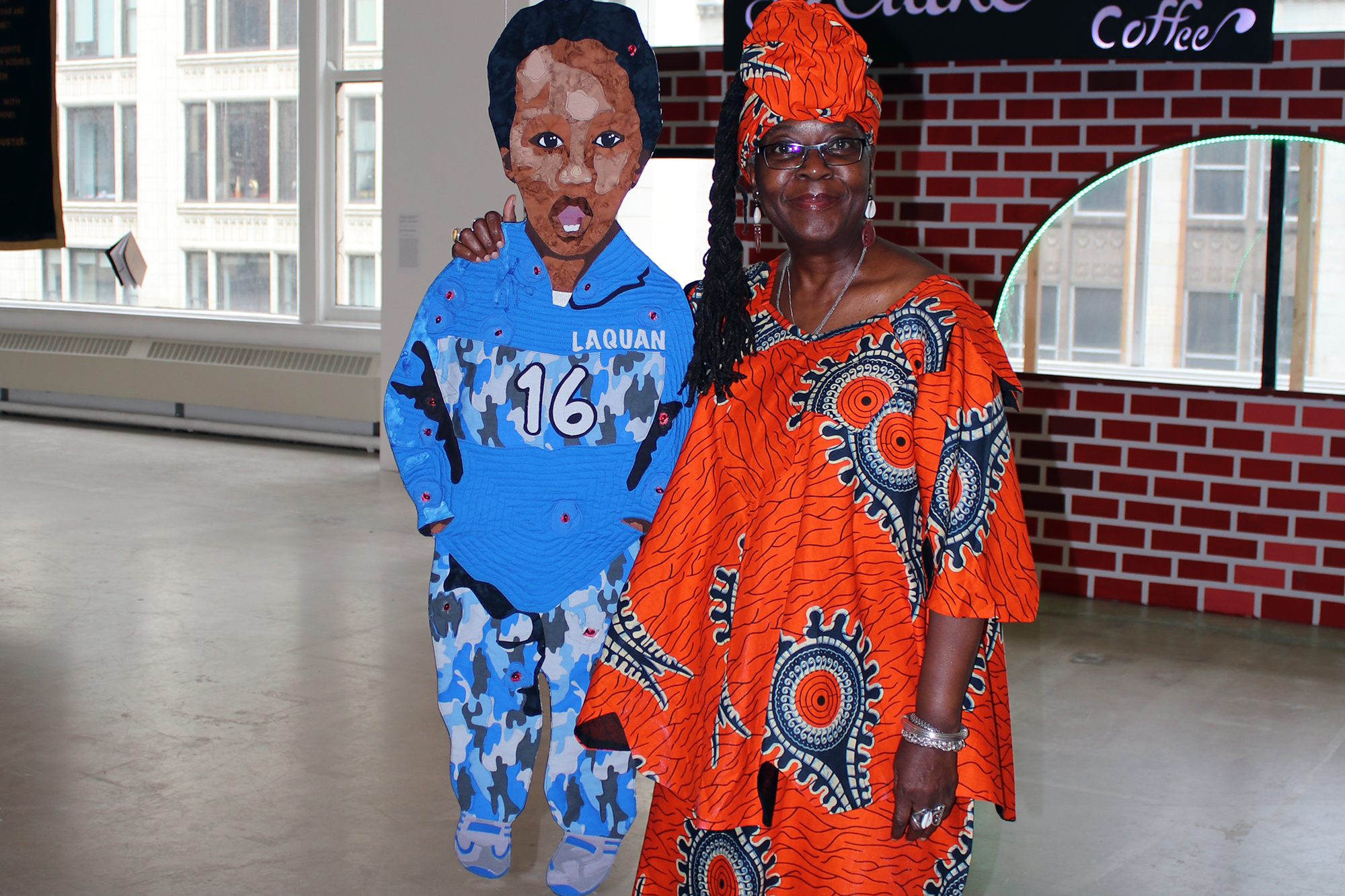 “I actually pulled the autopsy report and put the bullet holes in the quilt in exactly the places where he was shot,” Burge said. “And so, I'm hoping that … people will come, they will have meaningful conversations about these issues, and that it will spur them to have some kind of activism.”

Burge and the group of artists created their work not just to be seen, but to generate that kind of discussion. The exhibition is interactive and asks viewers to think about their own experiences with the prison system: Do you know anyone who is incarcerated? Have you heard about the impact of mass incarceration? Do these works of art feel familiar?

Those questions were discussed at organizations in key neighborhoods that serve as Envisioning Justice “community hubs.” There, arts education and other community programs continued the conversation on mass incarceration, leading to additional art installations throughout the exhibition. 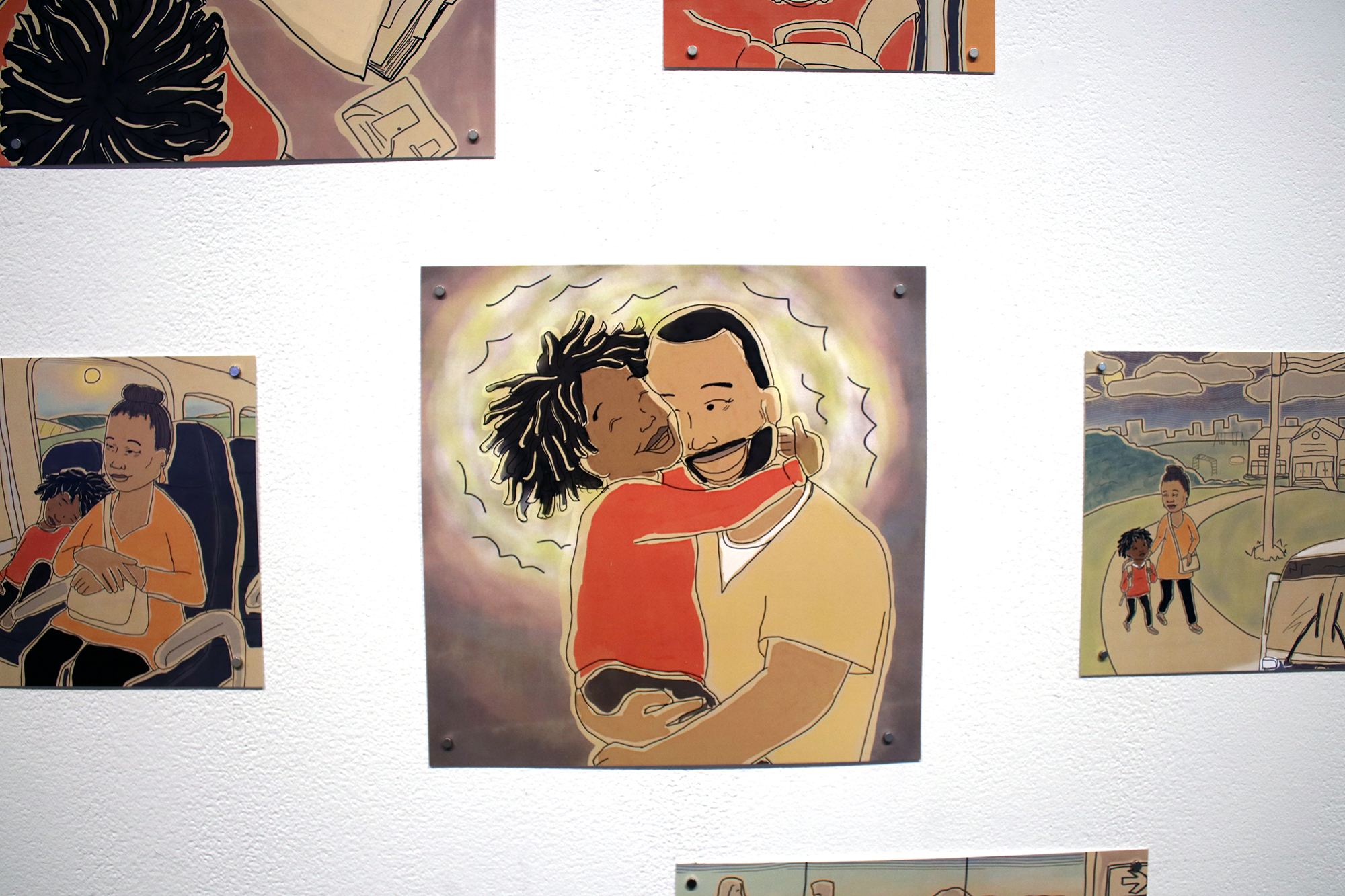 Community hub Free Write Arts & Literacy, which provides programming inside the Cook County Juvenile Temporary Detention Center, contributed written and audio works produced by the program’s youth and young adults. Their art is surrounded by a timeline of changes in legislation, policy and reforms that have occurred during the organization’s 19-year history.

“We wanted to have the exhibition center of the writing and art of our students, as published here in the middle of the gallery, but we also wanted to do so to be able to share the context in which this work was created,” Free Write founder Ryan Keesling said. “This story tells details about how policy has been, about how the community is organized against and around issues of youth incarceration, and other sort of violences against the community.” 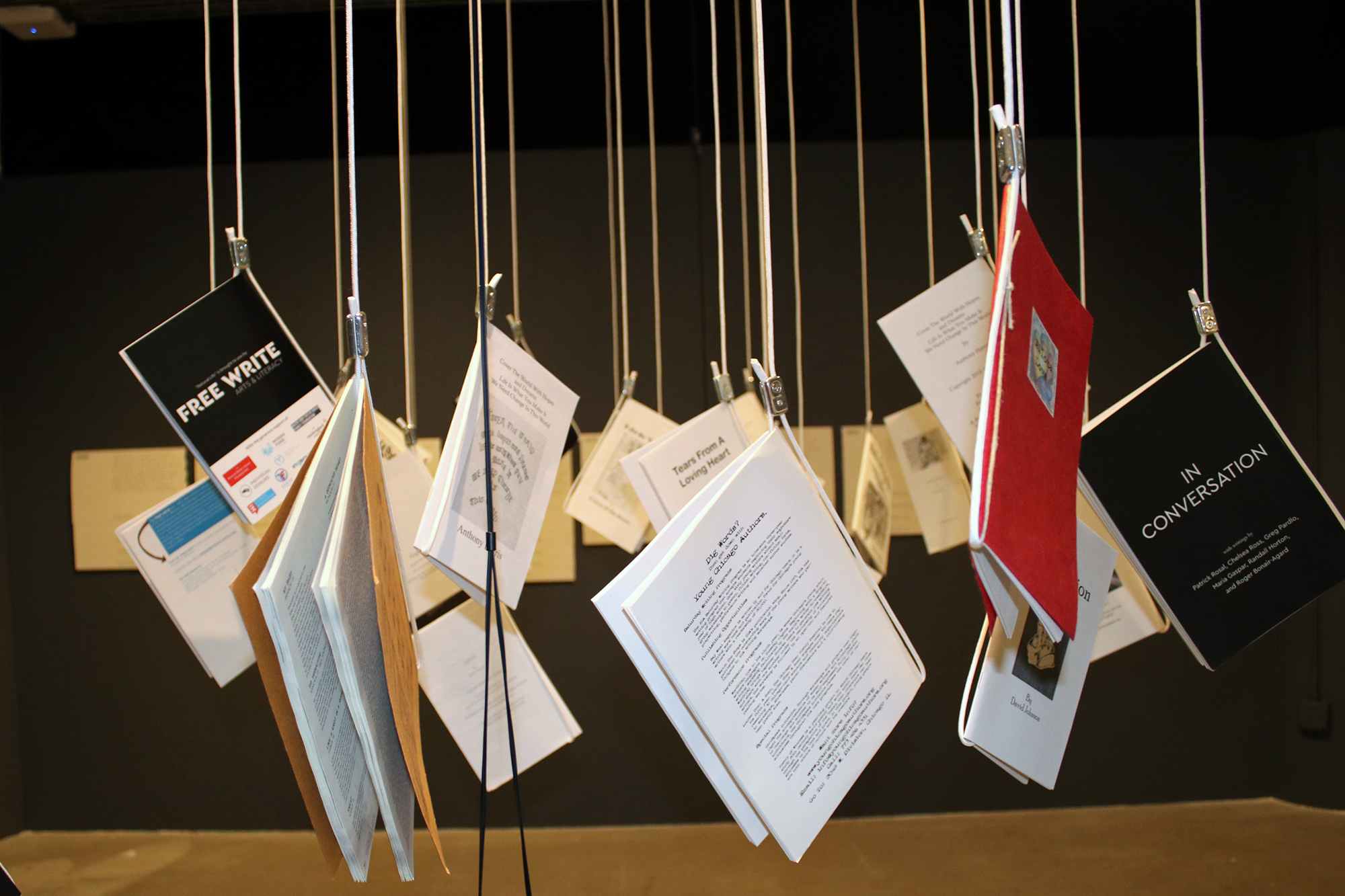 Working with community groups was an intentional means to continue the work of the commissioned artists.

A pyrotechnic performance based on traditions from Mexico will be the highlight of “The Last Judgment: Ritual Destruction as Aesthetic Disobedience” by artist Adela Goldbard. In it, large-scale structures that represent barriers against community concerns — like migration and environmental justice — will be destroyed. The script will be multilingual (in Spanish, English, and Nahuatl) and will be performed by Little Village residents as a protest to remember Día de la Raza (Indigenous Peoples’ Day).

“The work is much larger; this is kind of a snippet,” Goldbard said of all the pieces in the art exhibit. “The idea is that all of these fragments, when they come together, they embody different concerns … from the community in Little Village. So what we are going to do with the narrative and performance is to destroy what the community thinks needs to be destroyed because they embody evil. They become effigies.” 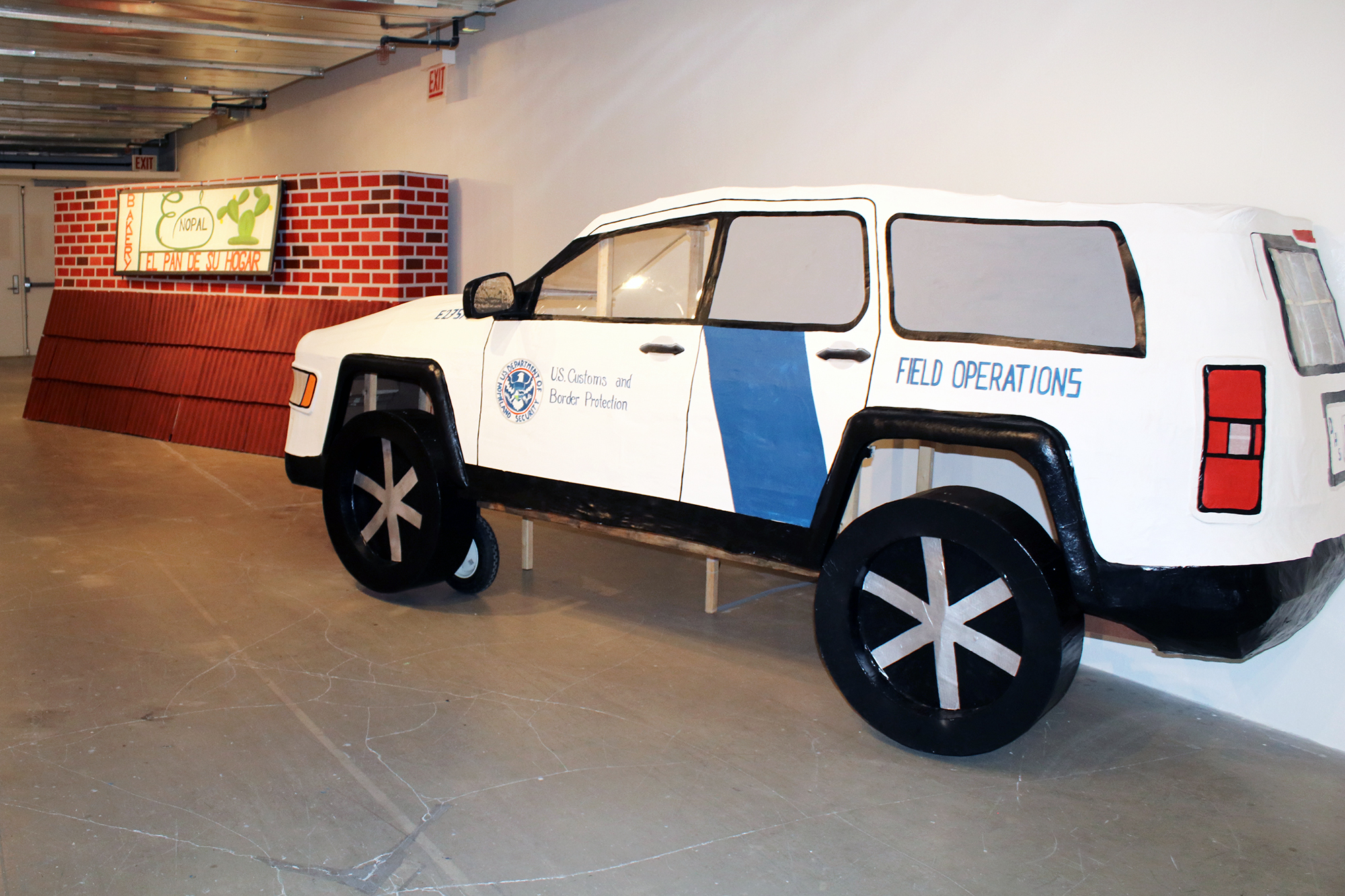 The Envisioning Justice public reception will be held Saturday, Aug. 17 at the School of the Art Institute of Chicago’s Sullivan Galleries at 33 S. State St. The exhibition is free and open to the public through Oct. 6.