This week, Francisca Lino marked her two-year anniversary of living inside a Humboldt Park church.

On Monday, she stood with her six children, husband and grandson to urge the Trump administration to grant her the leniency she received from the previous administration.

In 2017, Lino moved out of her Chicago home and sought sanctuary in the church to avoid deportation. She said living in the church for two years has affected her and her family.

“It’s been very difficult during these two years because I’ve missed the birth of my grandaughter, my daughter’s graduation. One of them had surgery, and I’m here without knowing what to do,” Lino said in Spanish.

Lino’s immigration case is complicated. The Mexican native has been trying to fix her immigration status for more than a decade.

Lino tried to enter the U.S. illegally in 1999. She was caught at the border, processed and given an expedited removal. Later, she entered the country again and settled in the Chicago area. In 2001, she married a U.S. citizen and started the process of obtaining her legal status. In 2004, she was interviewed for her green card. During that process, immigration authorities tagged her for expedited removal. She was arrested and placed in removal proceedings, according to her lawyer Christopher Bergin.

She’s been fighting her deportation ever since.

“She had another lawyer who fought her case up to the Seventh Circuit Court of appeals,” Bergin said. “The court of appeals actually said the law ties our hands. This is a compelling case, but there's nothing we can do because the laws are written against her.”

During the administration of former President Barack Obama, Lino’s case was considered low priority, and she was allowed to stay in the country. In 2017, once President Donald Trump had taken office, she was ordered to leave the country, and that’s when she sought sanctuary inside the Adalberto United Methodist Church. 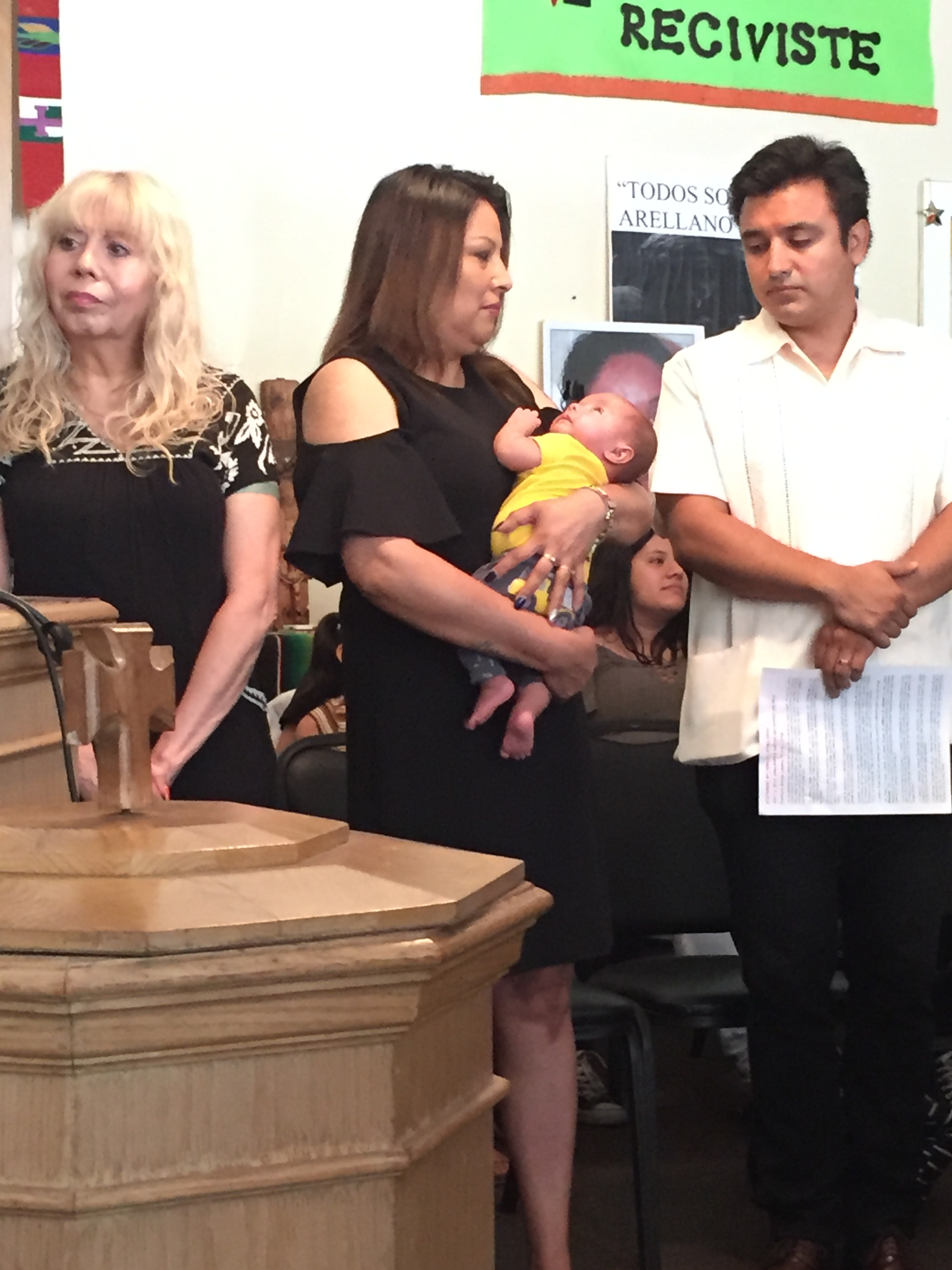 “Although this is a church, it’s still a place of confinement for her because she belongs in a place where she can be with her family, her husband and live a normal life,” said U.S. Rep. Jesus “Chuy” Garcia, one of several Democratic politicians who joined Lino and her family on Monday. “Instead of the immigration system working to help people like her reach a pathway to citizenship, it has turned into an instrument of oppression because it is broken and obsolete.”

For years, undocumented immigrants with few legal options to stay in the country have sought sanctuary inside churches. Last week, another mother sought sanctuary in a South Side church. Evelia Romero Luna has been living inside the Faith, Life and Hope Mission church located in the Chicago Lawn neighborhood.

Her attorney, Juan Soliz, said she’s been trying to find a legal way to stay in the country for decades.

“She has had no choice but to seek refuge because she’s been in the country for 30 years. She has U.S. citizen children. She has one that’s 23 years old that could actually petition for her,” Soliz said.

Seeking sanctuary inside a church is often the last line of defense for undocumented immigrants who want to stay in the country. According to U.S. Immigration and Customs Enforcement policy, the agency doesn’t make arrests in places of worship, such as churches, synagogues, mosques and temples. But the Trump administration is cracking down on this practice.

NPR reported last week that the Department of Homeland Security started sending letters to immigrants charging them thousands of dollars in fines for “failing to depart the U.S. as previously agreed.”

In one case, an immigrant living in sanctuary inside a church in Ohio was charged almost half a million dollars for failing to leave the country.