The Chicago Board of Education plans to vote Wednesday on a $250,000 contract to move to a single application for all of the city’s public high schools.

The move is designed to make applying to a vast number of high school options easier on families. Now, students must fill out separate applications for each type of school they are interested in, such as selective enrollment or military schools. All incoming freshmen, not just savvy families applying to specialty schools, will use the system, district officials told WBEZ.

“They’ll go to the web page, one portal, and rank order their preferences one to 20,” said Janice Jackson, the chief education officer for Chicago Public Schools. “This entire program is about equity and access.”

The contract is being awarded to a Silicon Valley startup called SchoolMint, which is used by several charter schools, including Chicago’s Noble Network, as well as Indianapolis Public Schools and the school district in Newark, NJ. School districts in New York City, Denver, and New Orleans have also moved to similar systems. CPS plans to roll out the new application for students applying to be freshmen in the fall of 2018.

But there are still a lot of details to be hammered out in Chicago, including whether or not public charter schools will be included. Jackson said the Chicago Community Trust has committed $1 million to community engagement around designing the new system and promoting its use.

For now, it will only be used at the high school level. Jackson told WBEZ she hopes putting all schools into one application system could give a boost to neighborhood schools that have been trying to market themselves.

“As soon as a parent identifies the 20 schools that they want to to go to, the principal sees that so the principal can start engaging with students who are interested immediately through email and inviting them to open houses,” Jackson said of the new software.

The district tried to move all schools to a single high school application about five years ago. After Mayor Rahm Emanuel was elected in 2011, the school board paid a company $390,000 to create a formula for assigning freshmen and to plan for the new application. But officials weren’t able to get everyone on board.

Since then, CPS has paid two companies about $200,000 annually for software to handle the patchwork of applications parents deal with right now. 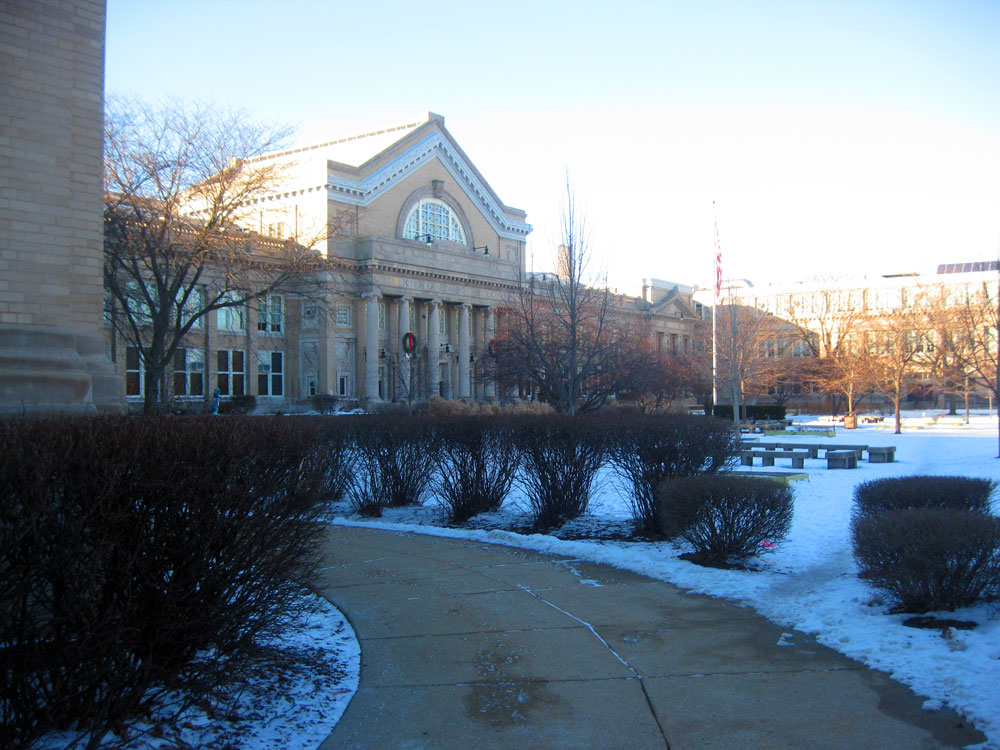 Julie Vassilatos has an eighth grade daughter applying to four different CPS high schools right now and she says it feels a little like someone put her brain in a blender and hit puree.

“I need a secretary for this,” she said. “We’re well-resourced, well-educated. This process is terrible. It’s too hard for parents, to say nothing of our eighth graders who have to go through all this testing and interviews.”

Vassilatos said she’s all for making the application process easier, but she’s not convinced it will lead to more equity. The top schools are still going to be the top schools and parents will always flock to places with the most resources.

“What’s going to happen in a neighborhood that doesn’t have desirable schools at all is that everyone is going to take their resources of every kind -- parent involvement and money -- and leave, leaving those schools in jeopardy,” Vassilatos said.

WBEZ has reported on dwindling enrollment in dozens of the city’s high schools over the last few years. A handful of schools have only attracted 20 or 30 freshmen, making it difficult, if not impossible, to pay for enough teachers to cover even basic graduation requirements.

A single application does raise a fundamental question in that environment: What if no one picks your school?

It’s been four years since the district closed 50 grammar schools and there’s talk about what will happen when a five-year moratorium on school closings promised by Mayor Emanuel ends next year.

Jackson says the new application is just one step in an effort to improve neighborhood schools. But if nothing changes for struggling schools, she admitted that something will need to happen.

“When you have a school where 27 freshman are enrolling, is it responsible for the district to ignore that?” Jackson said. “I think that we will have to take a look at that and work collaboratively with the community to figure out what the next step is.”