Pamela Anderson wishes she’d never picked up the phone to call 911 in September 2015. She thinks if she hadn’t tried to get mental health help from police for her son James Anderson, he’d still be alive.

By one estimate, about a quarter of all police shootings nationally involve a person in mental distress. After these police shootings happen, people have the same conversations over and over: What did the police officers do right? And what did they do wrong?

But as Chicago looks to the future of policing in the city, some mental health experts and advocates are also asking something more fundamental: How often do police need to be sent out? And what could the city do instead?

Anderson and her 33-year-old son, James Anderson, lived together in the Humboldt Park neighborhood. James had schizophrenia, and when he stopped taking his medication, he would become confused, according to his mom.

The situation got bad enough on September 25, 2015, that she felt he needed treatment. The only place Anderson knew to turn was 911 to ask for help getting him to the hospital.

The details of what happened when officers arrived at her house are hard to pin down. Neither Anderson nor the police department would talk on record about the specifics of the shooting, because of an open lawsuit.

Court documents filed by Anderson’s lawyer say her son was unarmed when he came out of his room and officers shot without warning. Police reports tell a different story: that James Anderson had two box cutters, or knives and that they told him to drop them, but he didn’t. Officers report they deployed a Taser, but it didn’t have an effect, and they shot.

“I don't have trust in them anymore,” Anderson said. “I know there's good ones and I know there's bad ones. But right now in my heart I don't [trust them].”

In 2018, 911 dispatchers in Chicago identified an average of about 150 mental health calls a day. Responding to those calls takes a lot of resources.

In the years since the infamous police killing of Laquan McDonald, the city has made reforms to policing and 911 dispatch. For example, dispatchers now get more specialized training on how to recognize mental health calls so they can dispatch officers trained to handle mental health responses through a program called Crisis Intervention Teams.

Amy Watson, a former probation officer and a researcher at the University of Illinois at Chicago, studies Crisis Intervention Teams and applauds the department for making improvements. But she said as the city talks about improving training and protocol for officers, there is something it should not miss: “Most of the time these calls don’t need a police officer, there just isn't anybody else.”

Watson said that most mental health calls could be handled by connecting someone to services, or by sending out a mobile crisis team. That team would include mental health professionals who could provide in-person assistance, or help transport the person to a triage center, where they could get urgent help.

There seems to be little public disagreement in Chicago that police officers should not be the primary response for mental health help.

Watson said she has talked with officers who say they are frustrated that they see the same people again and again. She said officers told her they wished the health system stepped up, but making that change would take big bureaucratic shifts and changes in funding.

Watson said that local governments have tried to fix mental health issues by making improvements in criminal justice — like better trained police officers, or better mental treatment programs in jails and prison — because that’s where the problems have appeared and funding has been allocated. She said while those programs may be good ideas, they don’t build resources where mental health actually belongs: in the health system.

Pamela Anderson said if she’d known about a way to help her son James, without calling 911 and involving police, she would have used it.

Maia is 25 years old and has a diagnosis of bipolar and schizoaffective disorder (she asked us to only use her first name to protect her privacy). Last summer, Maia said she had a delusion that she was in a virtual reality game and was searching for a long lost son.

She said she left her house and walked almost eight miles to Wilbur Wright College and began wandering the halls. She saw a fire alarm, with the word “pull” on it. So she pulled it.

“And I was just, in my head, following the directions” Maia said.

She said a security guard chased her. She said she doesn’t remember the details of their interaction, but said she knocked the keys out of his hand. Eventually the police arrived and took her to lock-up, where she was put in a cell with other women.

“I’m absolutely sure it just made it worse,” Maia said. “Because I was not really cognizant of where I was. I thought it was like some really boring Disneyland ride. I was taking my shoes off and splashing around in puddles, which were probably just piss on the ground.” 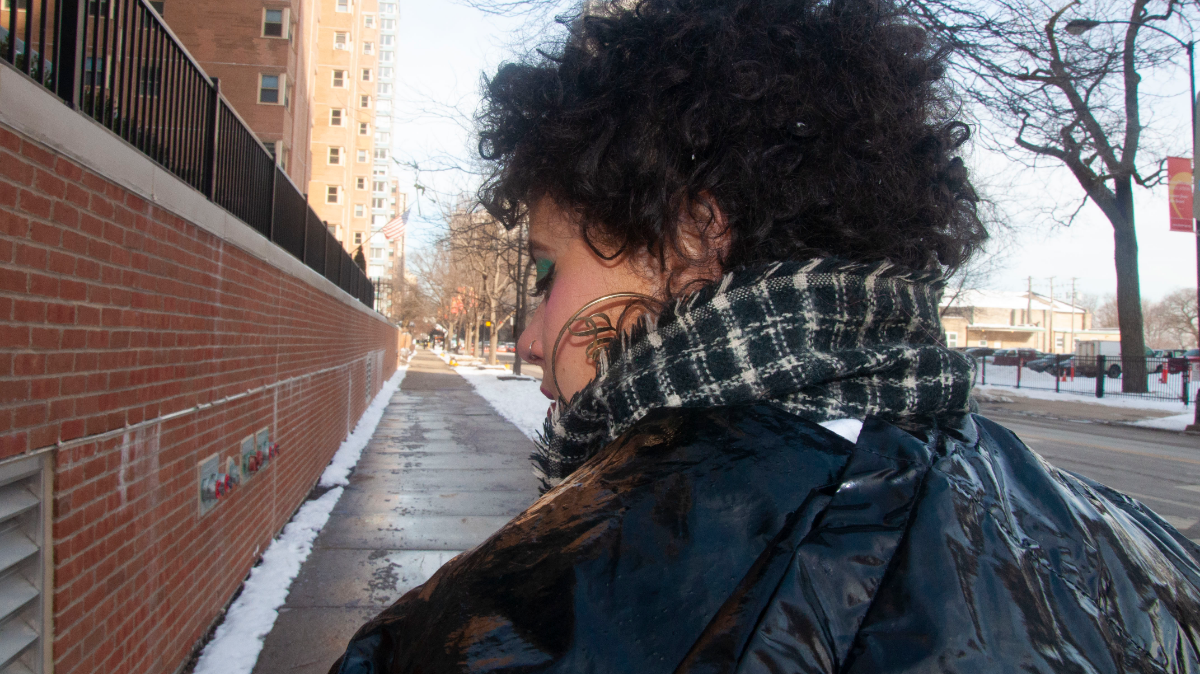 The next day police officers let her go. Maia said she was still confused and began wandering the streets and, again, someone called police. This time, she said the police were helpful and took her to a hospital, where she got treatment.

But the consequences of that day are still with her. The first time police let her go from lock-up, it was on bond, which meant she promised to show up for court. But because of her mental state, she didn't understand that. She said a warrant was issued for her arrest, and she’s been going to court for months to sort it out.

Many other cities and counties have taken action to change how they respond to mental health needs, including Los Angeles County, Washington D.C., Warren County, Iowa, and Milwaukee.

Mental health advocates said none of the models perfectly solve the problem, but in many ways a lot of other places are ahead of Chicago.

New York City, for example, has a citywide plan to address mental and behavioral health needs. It includes a mental health crisis line that’s available 24/7 and the ability to send out mobile crisis teams made up of mental health professionals.

A similar program exists in Salt Lake City, Utah (run by Salt Lake County). Police can still be deployed to situations where there is a weapon or threat of violence. Other cities, such as Minneapolis, are using a “co-responder” model, where social workers team up with police to respond to some mental health calls.

A representative from Chicago’s police department said it is working to improve how it responds to mental health crises, and police representatives have traveled to other cities and studied several models. But the department could not provide specifics on which, if any, models the city was considering.

NAMI Chicago is a mental health non-profit that already runs a helpline in Chicago. But the helpline is not open 24/7 and 911 doesn’t route calls to it. And experts say for a citywide helpline to be effective, there would have to be more mental health services to point people toward. But NAMI Chicago executive director Alexa James said, “It’s not pie in the sky.”

She said, in cooperation with state and federal governments and nonprofits, Chicago could get there.