Fulton Elementary School sits at the edge of what for decades has been a predominantly African-American neighborhood, just a couple blocks north of Garfield Boulevard on the city’s South Side.

But over the last 15 years, both the neighborhood and the school have slowly seen more Latinos arrive. And in the three years Lissette Rua has been Fulton’s principal, “it completely flip-flopped, from being majority African-American, to now being a majority Spanish speaking population.”

Rua had a new sign painted: “Bienvenidos a Fulton,” it says in Fulton’s school colors, blue and gold.

“You come to our school in the morning... the parents are waiting on the gate as they watch their children on the playground,” she said. “And every year, the makeup of that playground just shifts.”

What’s happening at Fulton is playing out in the school district as a whole. From the late 1960s to the early 2000s, CPS was majority African-American. But beginning in 2010, Latinos became the largest student group in CPS; they now make up nearly 47 percent of the student population while African-American students account for 38 percent. If trends stay the same, the district will be majority Latino in just a few years.

For schools like Fulton, the demographic shift is having profound implications. Fulton’s Latino kids, many of them Spanish speakers, used to be sprinkled throughout the school. But as the Spanish-speaking population has boomed, Fulton now has dedicated bilingual classrooms and an English as a second language teacher for upper grades. She also has needed more teachers with special bilingual certifications and textbooks in Spanish.

There are also significant implications districtwide as CPS adjusts to its new demographic reality — and many Latinos who work in the district said CPS’ response is lagging. They said the school district has been slow to adjust its institutions, programming and leadership.

“Currently, CPS is not structured to meet the needs of the Latino community,” said Karen Garibay-Mulattieri, manager of education policy and research at the Latino Policy Forum, and former head of Chicago Public Schools’ Office of Language and Cultural Education. 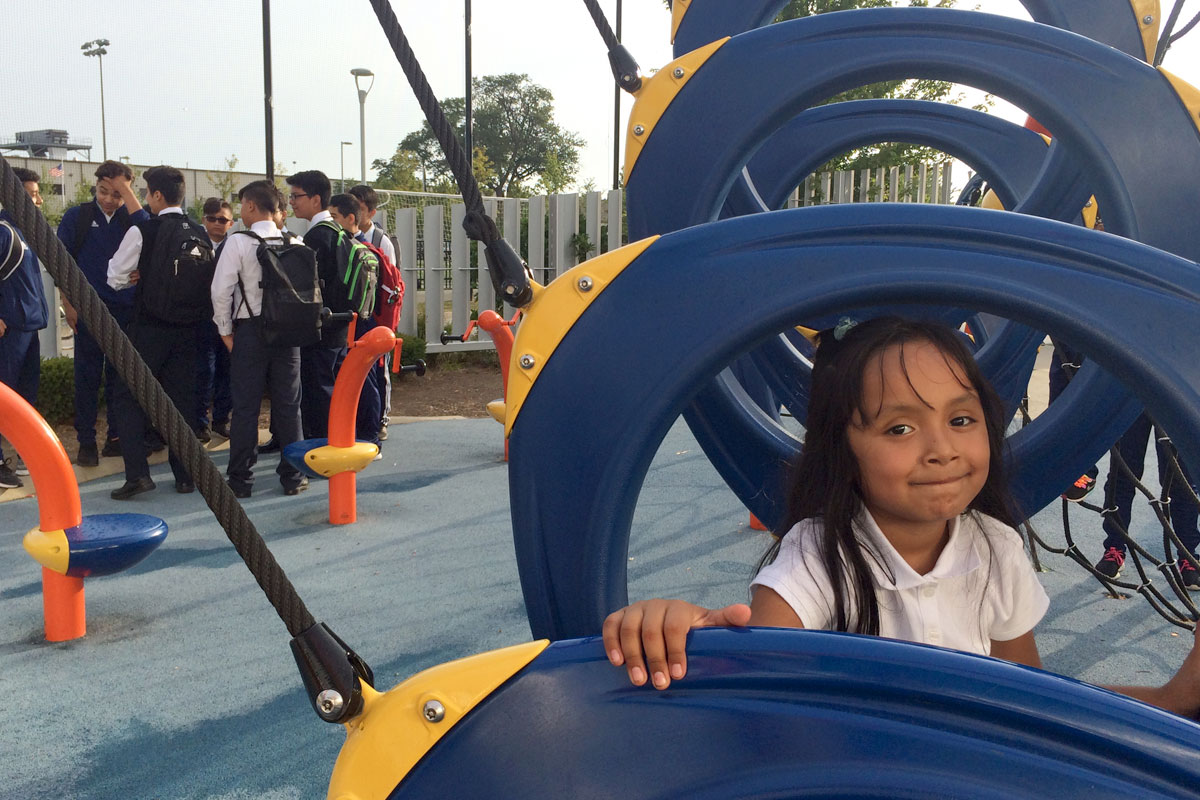 The percentage of Latino students is increasing not because there are more Latino children in the district — that number has actually held fairly constant in recent years. Instead, there has been an exodus of African-American students. The district had 82,751 fewer black students in 2016 than it did in 2000 — a loss of 36 percent.

“It’s consistent with what’s happening in other cities,“ said Gabriela Uro of the Washington D.C.-based Council of the Great City Schools.

“Latinos are becoming a greater percentage of many of the schools,” including in districts where African-Americans made up an important part of the school population, Uro said. “Places like Charlotte-Mecklenburg; Shelby County, Memphis; Little Rock, Arkansas; Birmingham, Alabama. A lot of these places are growing in terms of the students that are coming from a Latino background.” 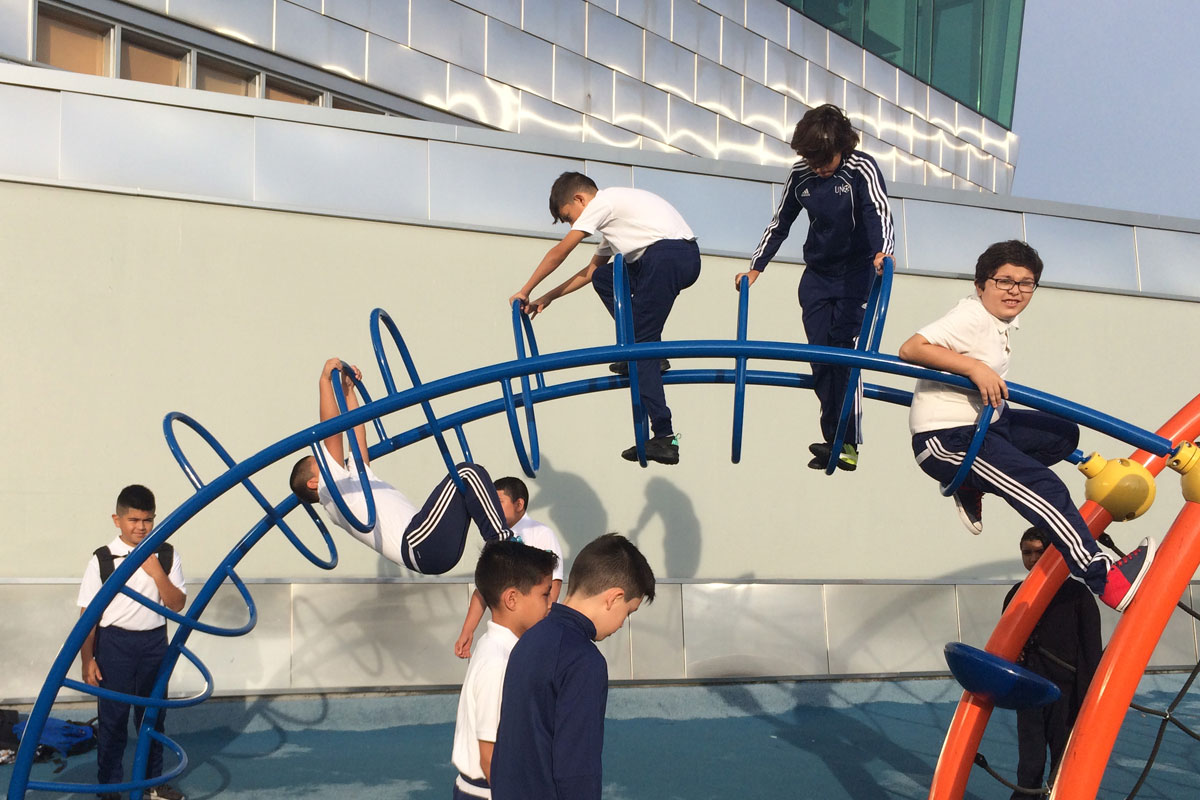 Chicago has had dozens of predominantly Latino schools for decades, so for many schools this shift presents little new. But Latino advocates and school leaders said even in that context, there is work to do.

Sandra Medina-Alba, principal at Idár Elementary in the Acero Schools charter network (formerly the Soccer Academy Elementary in the UNO Charter School Network), insists that her teachers — most of whom are not Latino — learn to pronounce students’ names properly; it’s part of embracing families’ home language and culture, she said.

“That [goes] a long way with our families,” Medina-Alba said. “We’re not going to go from Sandra to Sandy or from Jose to Joe.”

From 1966 to 2010, more than 50 percent of Chicago Public Schools students were African-American. And over time, the district’s infrastructure adapted to serve that majority, Garibay-Mulattieri said.

In some important ways, that focus has remained, even as Latinos have become the largest group in CPS, she argued.

The district, she said, often unconsciously swings initiatives and efforts toward the African- American community. Take something like community outreach, Garibay-Mulattieri said. Many district efforts are channeled through pastors and churches, but that strategy isn’t as effective for Latino communities, she said.

She also sees more STEM (Science, Technology, Engineering, and Math) programs in African-American communities and “many of the selective-enrollment high schools ended up in communities outside of Latino communities. ... A lot of this was unconscious. But you didn’t have people at the top levels of leadership guiding the way toward equity.” 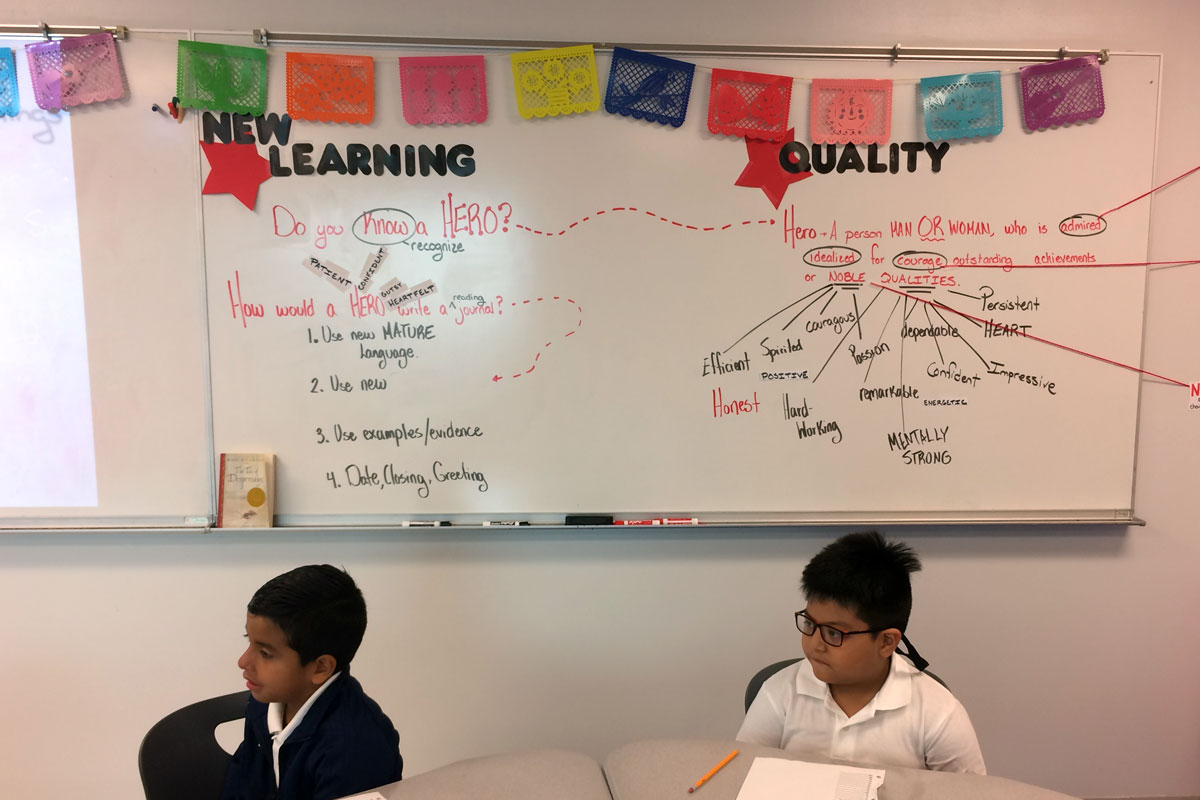 “You look at all of your programs of pride: Are African-Americans participating at a commensurate rate with their peers? Are English learners allowed to participate in those programs? To what degree are Latinos participating? Is this accessible to everybody? And if not, what are the barriers, and how can you help families overcome those barriers,” she said.

Despite the district being slow to catch up in some educational strategies, school leaders are bolstered by important achievement gains Latino students have shown in test scores and graduation rates.

“As the student composition is changing, hopefully the administration is changing with that,” said Ruiz, who briefly served as interim CPS CEO —  the only Latino who’s ever been at the helm of the district. “We’ve made some gains, but it does have some work to do.” 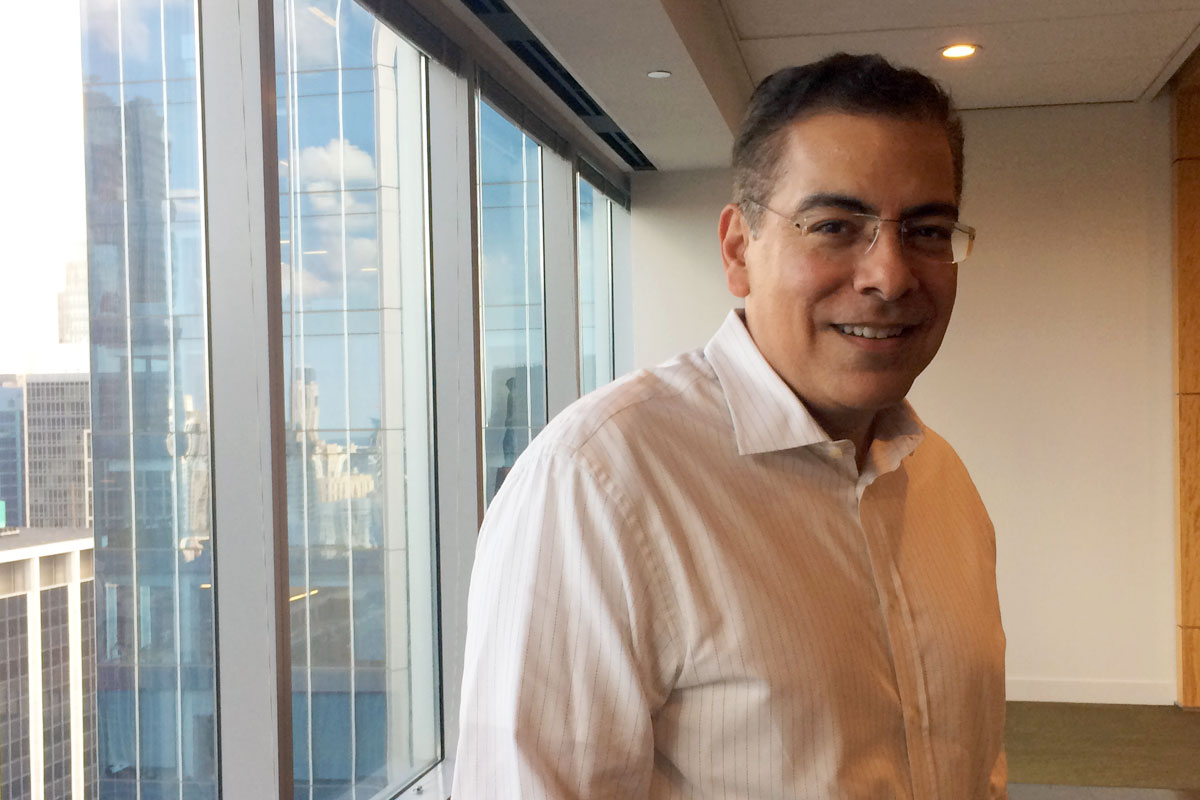 Having more Latinos in top leadership positions might have prevented those disproportionate cuts, Ruiz and Garibay-Mulattieri argued. When Ruiz joined the school board, for example, he discovered no one in the CEOs office spoke Spanish. And although his tenure as interim CEO was only three months long, Ruiz ordered a full audit of programs for English-language learners at both charter and district schools. It uncovered serious violations of laws meant to protect English learners.

As the district edges toward becoming a majority Latino district, look for more programs that emphasize language. Twenty-nine percent of all Latino students primarily speak Spanish and are considered “English learners”—  what used to be known as “bilingual education” students. Another 27 percent of Latinos are graduates of the English Learner program.

The district is expanding its dual language programs — where all core subjects are taught in both Spanish and English, and proficiency in both languages is the goal. 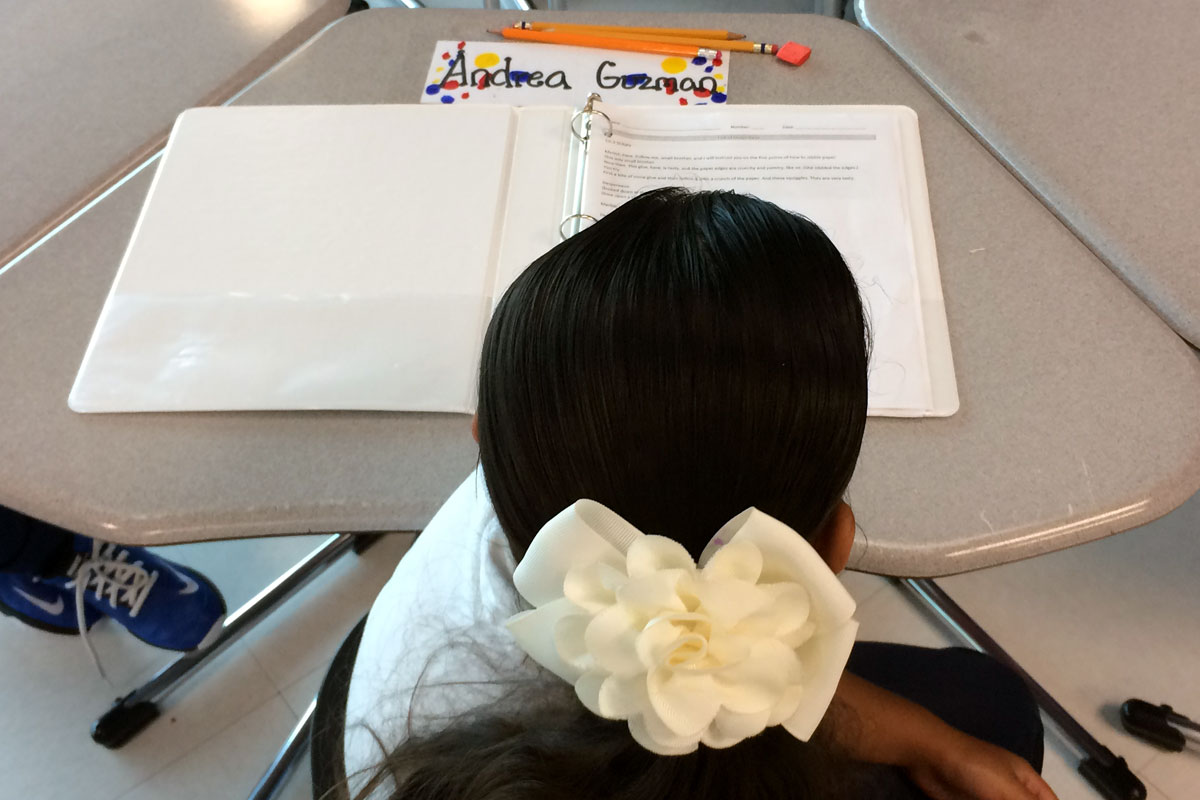 There are now 20 dual-language programs in the district — two of those are known as “two- way” immersion programs and include native English-speakers who want to learn Spanish And CPS plans to expand the dual language strategy to the high school level next year.

The district also has bought in strongly to the state’s new seal of biliteracy, which 1,300 graduating Chicago seniors earned in June.

In addition, Chief education officer Janice Jackson said she’s interested in resurrecting the district’s Latino advisory council. And she noted that the district is working to groom more Latino teachers and leaders.

“There is a shortage of both Latino and African-American teachers, and it’s not a CPS issue. It’s a national issue,” Jackson said.

Twenty-one percent of CPS teachers are Latino; 16 percent of principals are.

Five hundred more teachers in the district have bilingual certifications or ESL endorsements compared to two years ago. And when officials noticed a disparity in the number of Latino teachers passing the principal eligibility exam, they sent support and extra professional development to help aspiring Latino principal candidates get to the next level, Jackson added.

Linda Lutton reports on education for WBEZ. Follow her @WBEZeducation.