Despite Escaping To The U.S., These Brothers Are Still Terrorized By The MS-13 Gang

One by one, three teenage brothers left Guatemala on foot and made their way to the U.S., trying to escape La Mara Salvatrucha — the gang known as MS-13.

Now they’re together again, reunited in a rural part of Long Island with their mother, who came here years ago.

And they’re being terrorized by the same gang they fled.

A string of grisly murders has focused national attention on Long Island, and the gang known as MS-13. The brothers say the gang tried to recruit them in their high school. But they refused to join. Their friends refused, too. And that’s when they all became targets.

“They macheted my friends,” the oldest brother said in Spanish. NPR agreed not to use the names of the brothers and their mother because they fear for their safety.

Many of the undocumented children who came to the U.S. without their parents or a guardian — like these three brothers — say they feel cornered. They’re being terrorized by MS-13. At the same time, they have reason to worry that police and even school officials are looking at them as potential gang members.

More than 8,000 of the migrant children seeking refuge from violence in Central America have been resettled on Long Island, one of the largest communities of these kids anywhere in the country.

Two of the older brother’s friends were attacked with machetes in the woods near their high school. They both survived, but they’re covered in scars.

“They were slashed,” he said. “They have gashes on the back of his necks, legs, arms and heads. One has a really bad hand.”

Then, he says, MS-13 came after the brothers. Five gang members showed up at a soccer field driving a green Honda, carrying machetes. The brothers ran to their soccer coach, who drove them home.

“We were shaking and scared,” said the middle brother.

The three brothers’ situation reveals a lot about what these young people are facing.

“They’re coming from areas where Mara Salvatrucha wielded great power,” says Patrick Young, program director at CARECEN-NY, a non-profit group that assists Central American immigrants on Long Island. When these kids arrive in the U.S. and run into the gang again, he says, it can be terrifying.

“They come to the conclusion that this is just like a Honduras or just like Guatemala, where nobody in officialdom will do anything,” Young says. “They either ignore you because you’re poor, or they’re in collusion with the gangs.”

MS-13 started in Los Angeles in the 1980s. It spread through gang members who were deported to El Salvador, and then back across the border into the U.S., to cities and towns across the country.

The White House says the gang’s members have been sneaking across the border by blending in with the flow of unaccompanied migrant children from Central America.

“MS-13 surged into the country. And scoured and just absolutely destroyed so much in front of it,” President Trump said during a speech on Long Island last month.

The gang has been linked to 17 homicides since last year in Suffolk County, Long Island alone – including some by machete. That was about one-third of all of the killings there.

But there’s another way of looking at the numbers.

When these unaccompanied children arrive in the U.S., very few of them were confirmed or suspected members of MS-13. Federal officials counted just 56 — out of more than 200,000 young people apprehended by Customs and Border Protection since 2011.

On Long Island, police say the unaccompanied minors are more likely to be the gang’s victims.

After the three brothers were chased with machetes, the police gave the family a box. It looks like a toolbox: black, with an antenna, and an old yellowing remote-control with a single button.

“They said take this box, if something happens push this button and the police and detectives will come,” the older brother says.

The family keeps the remote in a jewelry box above a window by the mom’s bed. They’ve had it for six months.

But now, this family is accused of being affiliated with MS-13.

First, the youngest brother was suspended from high school for wearing a shirt with a Chicago Bulls logo on it. Bull horns are the symbol for MS-13.

The family is fighting the suspension. The mom says she had no idea about the gang connection when she bought the shirt. School officials did not respond to multiple requests for comment.

“It’s kind of racist,” the youngest brother said. “Only the Latino students are told they can’t wear certain clothes.”

Then, the New York Civil Liberties Union got in touch. The civil rights group informed the family that they believe the oldest brother is on a list of suspected MS-13 members kept by the Suffolk County Police Department.

“It’s something that I try to understand,” the mom said. “I think, how is it possible that they can accuse my son of being part of the gang when he went to police to protect him from the gang?”

We put that question to Suffolk County Police Commissioner Timothy Sini. He didn’t want to talk about specific cases. But he did say police are doing everything they can to protect these immigrants.

He’s also very clear: They want to dismantle MS-13. That’s why the department made a list of hundreds of suspected gang members. Police officers are assigned to follow them, watching and waiting until they commit an offense, no matter how minor.

“The fact that you’ve been confirmed as an MS-13 gang member, that doesn’t allow us to merely arrest you for a crime,” Sini says. “But it does put you on our radar. Where you will be targeted by Suffolk County police officers for arrest.” 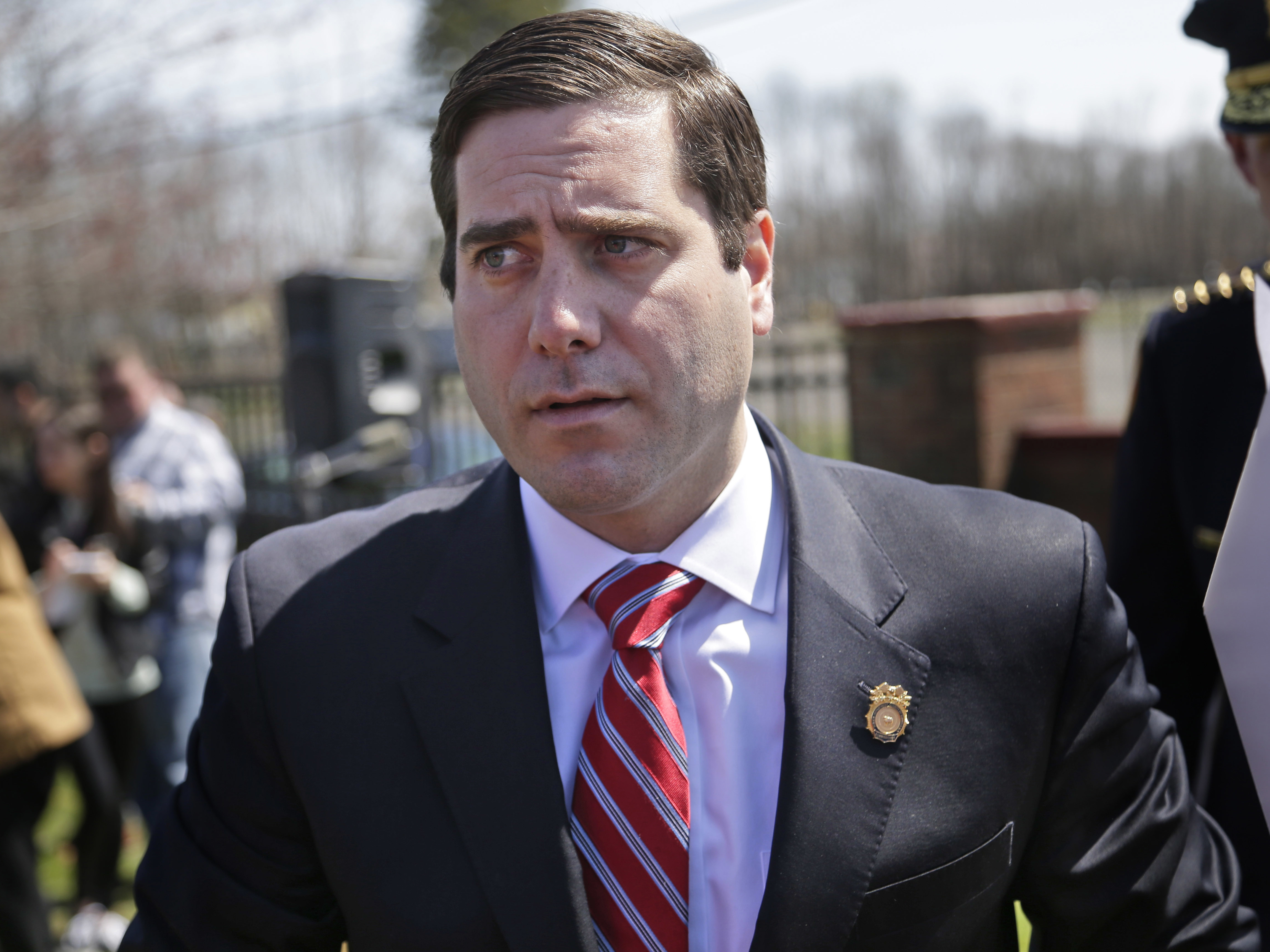 If suspected gang members don’t have permanent legal status in the U.S. — and many of these unaccompanied children do not — then police call federal immigration authorities. Those authorities can detain them and ask as a court to deport them, even if the kids haven’t been charged with a crime.

Sini acknowledges that only a small number of unaccompanied children are involved in MS-13. But he’s concerned the gang is trying to recruit more.

“They don’t speak English. They’ve never been to this country before,” Sini says. “It’s no wonder that many of these children are targets of MS-13 recruitment. And if we don’t provide the support that they need, MS-13 will.”

The three brothers and their mother are really grateful to police for giving them a panic button. Still, they’re worried.

The oldest brother recently became a legal permanent resident. That means he’d have to be charged with a crime in order to face deportation.

But his younger brothers are still seeking legal status here. And being accused of gang membership could jeopardize that.