Chicago police officers are poorly trained, misconduct investigations are largely biased toward cops and officers were not properly supervised, according to a blistering, long-awaited report released Friday by the U.S. Department of Justice on how the Chicago Police Department systematically violated the U.S. Constitution and federal laws.

“All of these issues are compounded by poor supervision and oversight, leading to low officer morale and an erosion in officer accountability. These are serious problems, and they bear serious consequences for all Chicagoans,” said U.S. Attorney General Loretta Lynch during a Friday press conference in Chicago.

Lynch said the Justice Department and the city will continue to negotiate over a court-enforced agreement to ensure further reforms will be implemented.

The report found that Chicago officers used “unreasonable” deadly force that was unconstitutional. The report said officers used “force to retaliate against and punish individuals,” failed to de-escalate situations, used tactics that unnecessarily endanger officers, and discipline of officers is “haphazard, unpredictable and does not deter misconduct.”

During her announcement of the findings, Lynch said the city has already taken steps to hold police more accountable, such as overhauling the city agency tasked with investigating police shootings, creating new policies mandating the release of videos and other police reports in misconduct investigations, and expanding the use of body cameras for officers.

“Misconduct not only harms the individuals affected, it damages the reputation of the Chicago Police Department,” Emanuel said. “At the same time – it is important to recognize that the incidents of misconduct cited in this report do not represent the values of the City of Chicago – and I believe firmly they do not represent the good work of the vast majority of the men and women of the Chicago Police Department – as the report itself cites. That is why I am confident that any wrongdoing cited in this report can be solved by what most Chicago police officers are doing right and doing right every day in very trying circumstances.”

Emanuel said his administration will negotiate in good faith toward a consent decree, which would set up federal court monitoring to make sure the city carries out the changes.

“Six months from now, if there’s no consent decree, I’d certainly want to sit at the table and see why we haven’t gotten there,” Foxx said Friday afternoon. “If the community doesn’t trust that we’re doing all that we can to have the best and most robust police department that is fair and just — and if we’re not protecting our officers, where they don’t feel supported — then we’re going to continue to see rises in crime.”

Lori Lightfoot, head of the Chicago Police Board, said the agreement could also be financially beneficial to the city and police officers.

As first reported by WBEZ, the federal report had been expected to come out Friday. Federal investigators hurried to conclude their investigation before President-elect Donald Trump is sworn into office because they worried the release of their findings would be delayed or buried, according to sources familiar with the probe but not authorized to comment publicly.

“Morale has been affected, and it’s impacted the crime rates in Baltimore and crime rates in Chicago. I don’t think there’s any doubt about it,” Sessions said during his confirmation hearing Tuesday.

Shari Runner, President and CEO at the Chicago Urban League, said she too is concerned about the follow through under the Trump administration.

“I’m pleased to know that there is somebody externally taking a look and saying that this is happening,” she said. “I’m not particularly clear on what the next steps will be, but I think that we have to keep pushing to make sure that there is substantive change in the way that the police department is managed.”

Shortly before the Justice Department unveiled its report, the president of the Chicago police officers’ union criticized federal officials for the “lightning speed” of the investigation.

“What also remains to be seen is whether or not the report might be considered compromised, or incomplete as a result of rushing to get it out before the Presidential Inauguration,” said Fraternal Order of Police Chicago Lodge 7 President Dean Angelo in the statement. “Everyone who reads this document should be as concerned about the timeliness of this Report as the FOP.”

“This is not a political process. This is in an investigative process,” she said.

Lynch launched the federal probe into the Chicago Police Department in December 2015 after a Cook County judge forced the city to release a video of a white Chicago police officer fatally shooting a black teenager.

Police originally said the 2014 shooting was justified because the teenager, Laquan McDonald, was walking toward officers with a knife. But video from a police dashboard camera showed McDonald veering away from police when Officer Jason Van Dyke shot him 16 times. 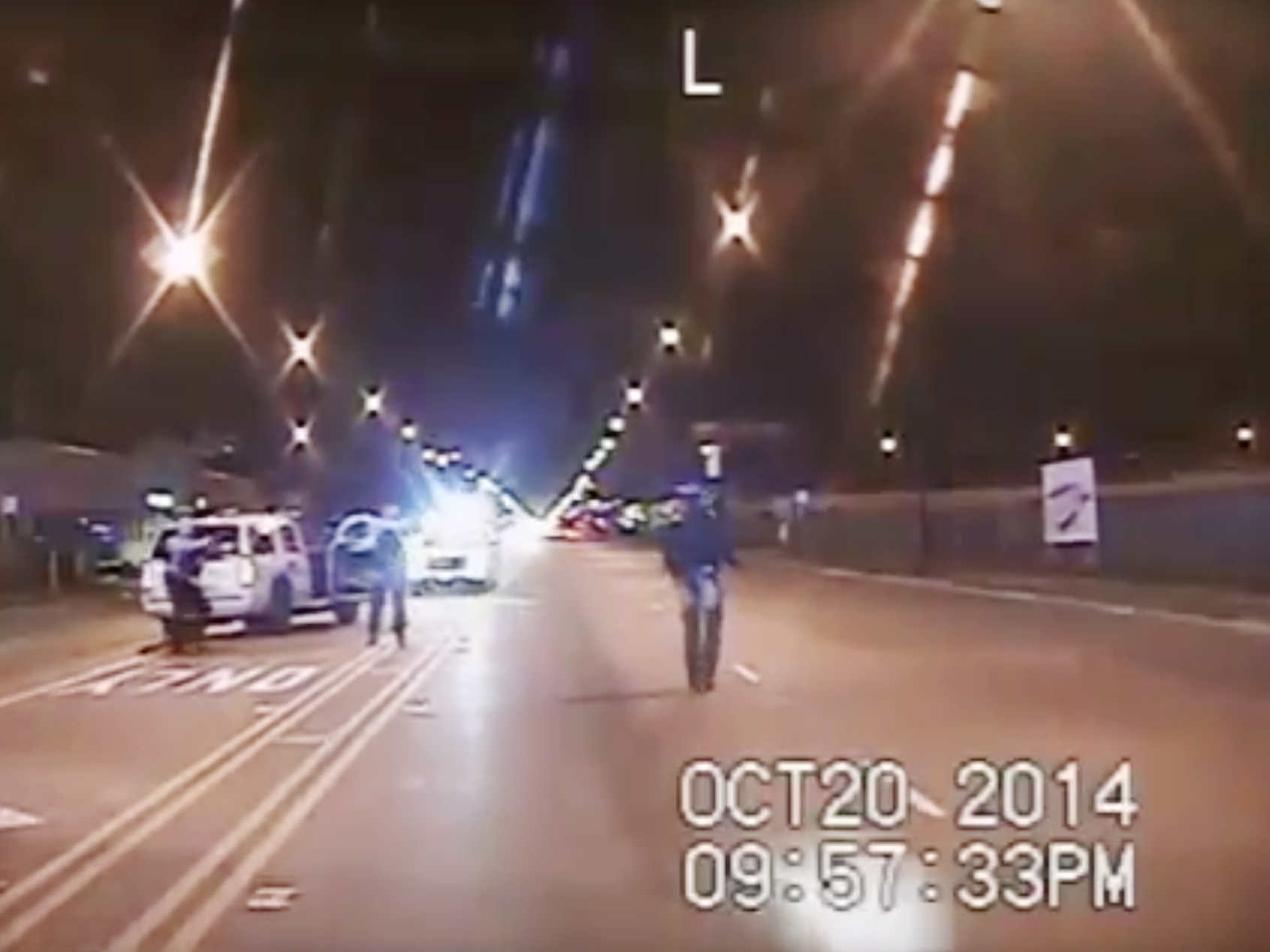 The release of the video sparked protests, intensified pressure on city officials to hold police officers more accountable, and led to calls for Emanuel and then-Police Supt. Garry McCarthy to step down.

Emanuel eventually fired McCarthy, saying he had become too much of a distraction. The mayor also created a task force charged with recommending changes to how police are disciplined, and he appointed former federal prosecutor Sharon Fairley as the head of the Independent Police Review Authority, which had long been criticized for its track record of investigating police shootings.

This is a breaking news story and will be updated with more information.

You can read the Justice Department’s report, a fact sheet and the agreement below.

Chicago Agreement in Principle by Chicago Public Media on Scribd