QUINCY, Ill. — When Steve French arrived this week in this west-central community 300 miles southwest of Chicago, he made a specific point to avoid driving past the Illinois Veterans Home.

That’s where his mother, Dolores, died during a 2015 Legionnaires’ disease outbreak.

“I struggled with coming to Quincy,” French said. “I haven’t been here since it all happened.”

But this week, French made the trip from Springfield to join a gathering of family members who lost loved ones during the initial outbreak at the home that killed 12 elderly residents.

His mother’s death is one of the most gut-wrenching of all the Quincy Legionnaires’ cases. The last time French saw his mother, she was healthy. Days later, she went missing — only to be found dead in her independent-living unit at the facility. The coroner estimated she’d been there for up to two days. 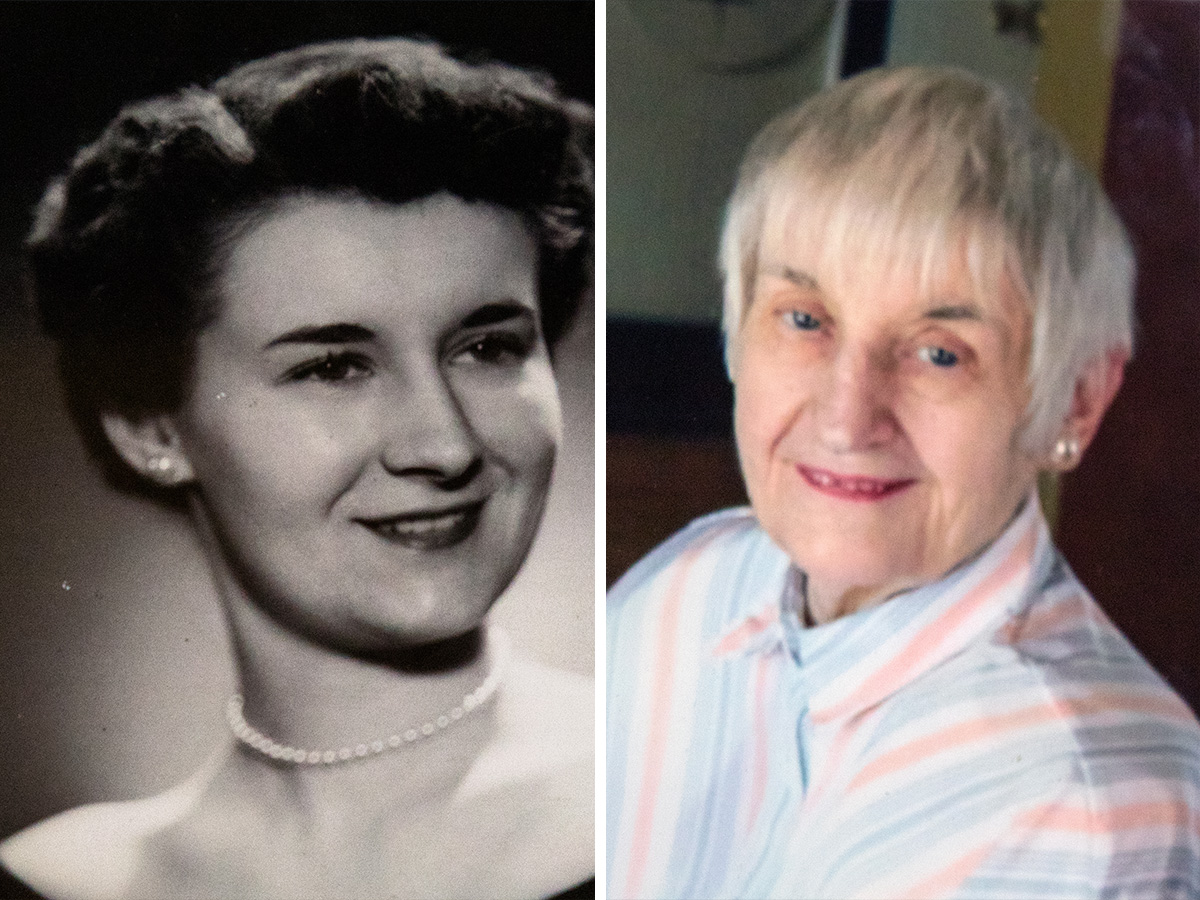 Five families deeply impacted by that August 2015 outbreak came together Tuesday evening, nearly a year after some of their stories were first told as part of a WBEZ investigation. This marked the first time they’d met one another despite seeing their loved ones suffer similarly hellish and avoidable deaths at Illinois’ largest state-run veterans’ home.

In a restaurant just a few blocks from the home, there were hugs, handshakes, a few tears and palpable, almost universal anger at Republican Gov. Bruce Rauner, whose administration oversaw the veterans’ home during outbreaks in 2015, 2016, and 2017. There was another spate of cases again this year. In all, the deaths of 14 elderly residents at the facility have been linked to Legionnaires’, and nearly 70 residents and staff have been sickened since 2015.

The gathering was organized by WBEZ just as Rauner and his Democratic rival, JB Pritzker, face off in Quincy Thursday for their third and final televised debate before the Nov. 6 general election.

Partly, the point of bringing everyone together was to gauge how these families have changed since last December. That was when WBEZ launched an ongoing investigation into how the Rauner administration mishandled the public health crisis, which has dogged the governor’s re-election bid for months.

It also was to see how these families thought Springfield had performed in passing eight pieces of legislation that arose after the investigation, whether the families were anywhere close to finding closure, and how they have responded to their tragedies playing out as campaign fodder in the gubernatorial race.

To some, coming together in one room for the first time seemed cathartic.

“I feel a great sense of relief and togetherness knowing I’m not standing there alone like I felt when my dad was passing away now that I’m seeing other family members who went through the same thing I did,” said Barb Kiefer, whose father was William Schrand, the sixth resident of the home to die from Legionnaires’ in 2015.

The family of Melvin Tucker, a World War II vet who survived a Nazi prison camp but died of Legionnaires’, also shared their reflections. They, like all of the others at the dinner, didn’t know that the state waited six days to tell the public about a Legionnaires’ epidemic that had taken root at the home in 2015 – until WBEZ reported that fact last year after unearthing an email from the state public health director, Nirav Shah.

“It’s heartbreaking there’s this many of us that they did the same to,” said Tucker’s daughter, Barb Harrison, gesturing to those seated around her. “They didn’t tell us. That’s sad. Our dads or moms were there a long time. You’d thought they’d have had a little more compassion for us.” 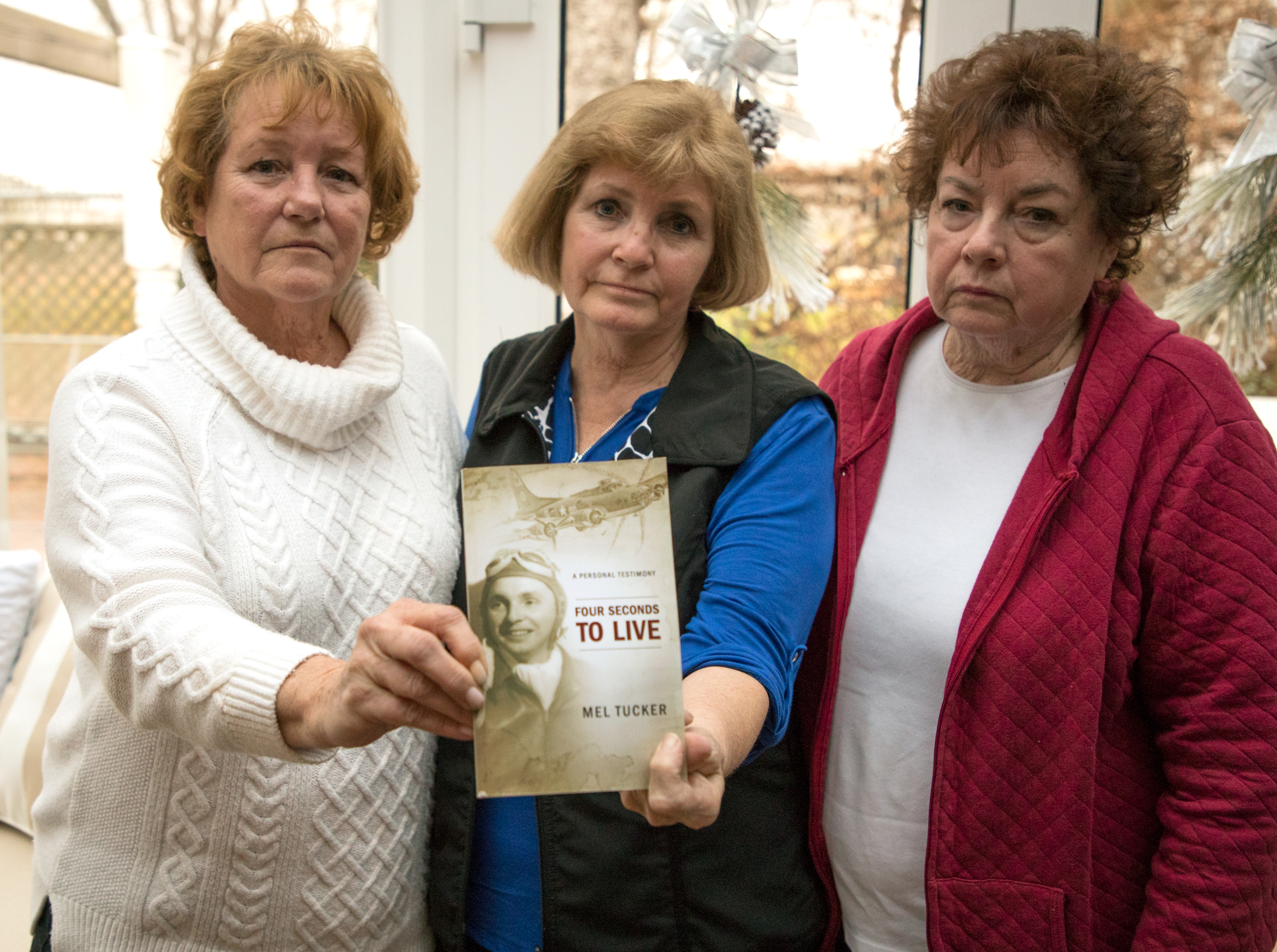 Another of his surviving daughters, Diane McHatton, was more blunt.

The behind-the-scenes chronology of the state’s response slowly has been extracted from roughly 50,000 emails WBEZ obtained from the Rauner administration through a series of open-records requests. A months-long battle with the governor’s office yielded the trove of documents, but many of the records were wholly or partially blacked out by Rauner’s lawyers.

Some of the records that WBEZ could see showed an administration seemingly caught flat-footed by the emergence of Legionnaires’ in 2015. The state went on to engage in a pattern of slow-walking and soft-pedaling news of later cases. Last week, WBEZ reported how the governor’s office itself slowed the release of any public notice of the 2015 outbreak by nearly 48 hours.

Rauner has maintained that his administration performed admirably in the face of a crisis and said as recently as last week, there was nothing improper in the way the state notified residents, their families and the public about Legionnaires’ outbreaks.

Each of the families present Wednesday are suing the state for negligence in connection with their loved ones’ deaths. Current law limits their potential awards at $100,000, which is the lowest cap of its kind in the country. Last summer, Rauner blocked legislation that would have increased potential payouts for litigants against the state to $2 million.

In the families’ cases and the seven other pending Legionnaires’ lawsuits against Illinois, Rauner’s administration refuses to acknowledge any negligence on its part in connection with any of the deaths.

“The thing I can’t get my head around is how the administration sticks to that story that they haven’t done anything wrong, that they would do it again,” French told the group. “I don’t understand, knowing that there were people who could have been saved, they wouldn’t do something different. [That] is tough for me to take.”

Family: During crisis, where was Rauner?

In January, hoping to mitigate fallout from WBEZ’s initial reporting about the families’ claims, the governor spent a week at the home to demonstrate it is safe and made return visits. One resident whom Rauner befriended and later asked to be a guest at his January State of the State address later contracted Legionnaires’ and died of other complications in May.

After Rauner’s administration had nixed any plans to move residents out of the Quincy facility, the governor in May had a change of heart and helped spearhead a request to spend roughly $250 million on a replacement facility. He also signed off on the purchase of a vacant nursing home in Quincy to temporarily house veterans while construction on the larger project is underway. And the governor enacted legislation requiring state veterans’ homes notify residents, families, and the public within 24 hours of two or more confirmed infectious disease diagnoses, including Legionnaires’.

But the families WBEZ interviewed this week in Quincy were almost universally reluctant to give the governor credit for those steps and ridiculed his visits to the home.

“Where was he when all of this was going on?” asked Brenda Sprague, daughter of Legionnaires’ victim Gerald Kuhn, referring to the August 2015 outbreak. “Why wasn’t he at the home then? 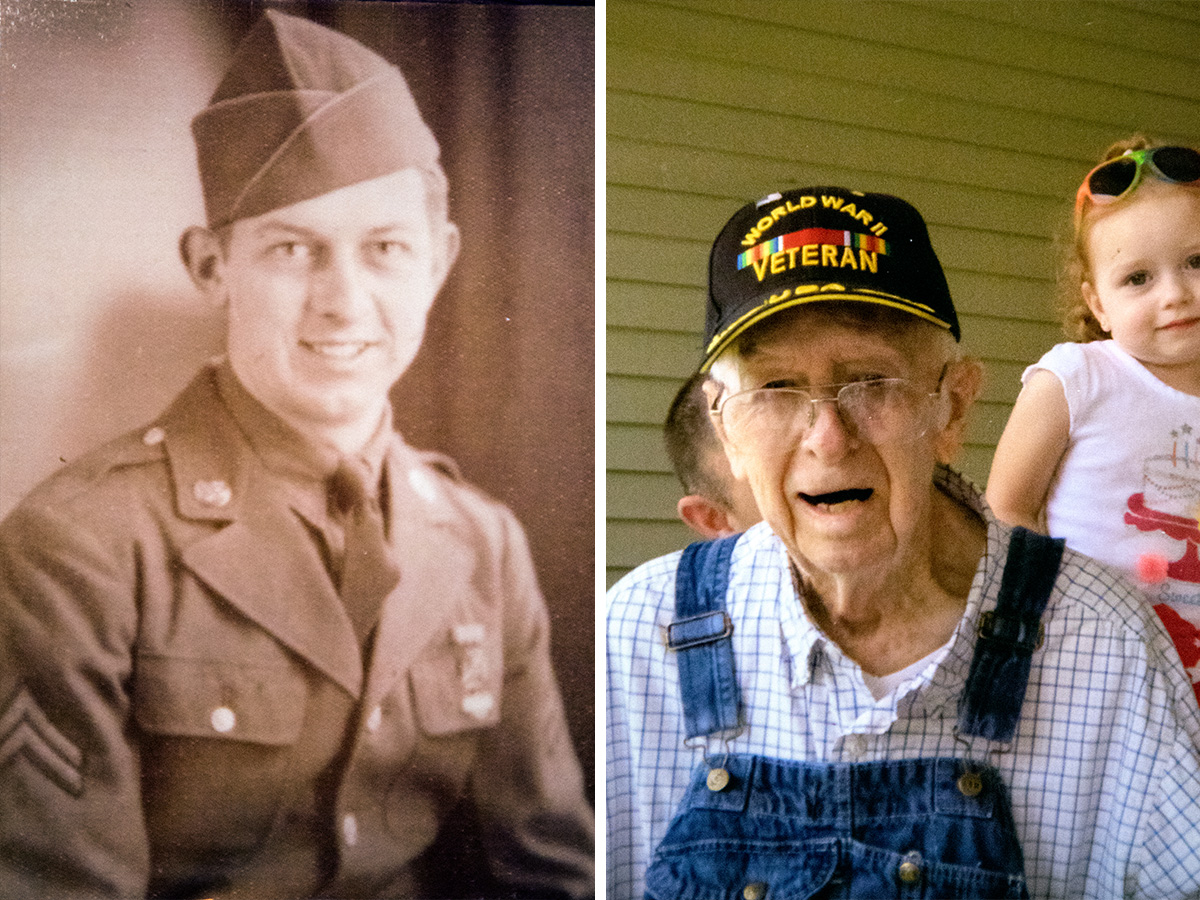 Tim Miller, whose father was Legionnaires’ victim Eugene Miller, was the first family member in 2015 to ask why they weren’t told earlier about Legionnaires’ at the facility. His question wound up being relayed to state Public Health Director Nirav Shah, who authored a dismissive reply to aides, noting how a positive story in the local newspaper about the state’s early response to Legionnaires’ rebutted Miller. Shah later apologized  for his remarks.

Miller has unleashed a torrent of bitter Twitter posts at the governor and uses his father’s tombstone as his Twitter profile image. He is appearing in a Pritzker campaign commercial that debuts statewide Thursday, blasting Rauner for his administration’s response in Quincy.

“To hear Gov. Rauner say, ‘I care about veterans. I believe in protecting our veterans,’ just makes me sick,” Miller told the group Wednesday night. “It just makes me angry to see that man say that.”

Multiple people at the table singled out WBEZ’s reporting since December as a more reliable source of information than what they learned from the state when their loved ones were dying.

“If it wasn’t for you guys, I don’t think a lot of us would know what’s going on,” said Kiefer, referring to WBEZ’s reporting on the outbreaks. “And it’s sad.”

Some of the families’ comments were relayed Wednesday to the governor’s office, which defended its efforts to address the home’s “ancient water system” and offered empathy to those interviewed on Tuesday.

“Our hearts are with the families of those who lost a loved one in the tragic outbreak in 2015. Our priority is, and has always been, to make sure those who live at the Quincy veterans’ home are comfortable and safe,” Rauner spokeswoman Elizabeth Tomev said in an emailed statement.

She said the state consulted with “national experts” in 2015 and emphasized “new operational procedures and clinical protocols” put in place following the deadly outbreak.

“We will continue to fight for our veterans as we move forward with building a new campus, committing the attention and resources that these heroes deserve,” she said.

Some of the families’ comments were relayed to the governor’s office for a response Wednesday, but there was none.

The families all seemed to share the belief that no one has yet been held accountable for missteps in the 2015 outbreaks and beyond, and there was broad consensus in support of a criminal investigation into the Quincy outbreaks launched last week by Democratic Attorney General Lisa Madigan.

“It was criminal negligence when you were withholding the truth and we, as family members, can’t make a decision on whether or not we would pull our family members,” Sprague said.

French said putting someone under oath may be what it ultimately takes to find the truth, he said.

But French said he never expects the governor to admit any role in the multiple tragedies in Quincy, including the awful circumstances underlying Dolores French’s death.

“I remember back when it happened, and I just chalked it up to a horrible accident. And part of me wishes that’s the way it ended because the truth is so horrific and unbelievable.”

Editor's note: This story has been updated to remove a reference to Tim Miller's voting record. Miller had told WBEZ he voted for Gov. Bruce Rauner in 2014, though public records don't reflect him voting in that election.