It’s a "dinner and a TV show" kind of night for Nerdette this week. We talk to Jane the Virgin actress Yael Grobglas about what it’s like to play your own twin and creating a villain who people love to hate.

Then Iron Chef winner and Chopped judge Alex Guarnaschelli joins us to help dive into Grobglas’ obsession with food. Guarnaschelli also gives us the details about craft services on the set of Chopped.

Here are some interview highlights. 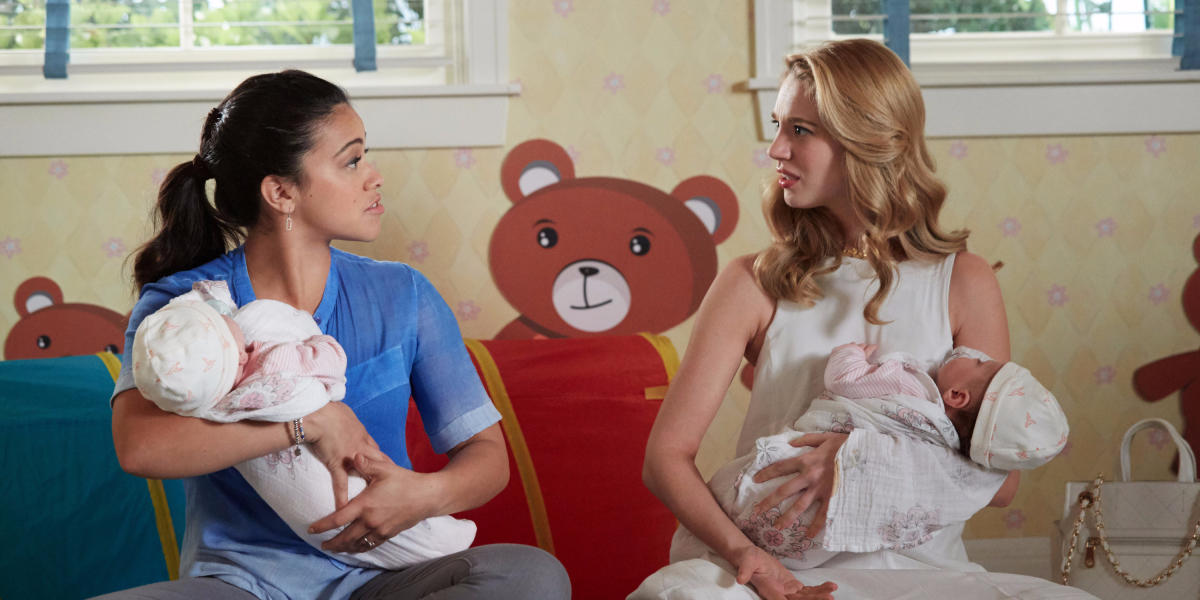 On the popularity of telenovelas in Israel, where she grew up

Yael Grobglas: Little-known fact is that many people in Israel love telenovelas. I didn’t grow up watching them, but many of my friends adored them. I would, many times, come over to a friend’s house, and they wouldn’t even greet me at the door because they’d be so into whatever was happening on the TV. So yes, I knew about them, but I wasn’t watching them myself.

Jane the VirginOn playing the role of Petra on

Grobglas: In the beginning, I was a little hesitant about taking on the role of a villain. As you know, shows can go on for seven, 10, 15 years, and I wasn’t sure that’s how I wanted the world to see me. So I got on the phone with our incredible creator, Jennie Urman, and had a conversation with her about what she had in mind for Petra.

And that’s when she explained to me that she’s actually going to be extremely interesting, and people are going to love her at one moment and hate her the next, and I loved that idea. We took it from there, and she’s been true to her word. Petra’s gone on this crazy adventure. I would have never guessed that this is where Petra is going, but it’s been fascinating.

On her inspiration for Anezka, Petra’s identical twin sister

Grobglas: (Urman told me), ‘She has a twin sister, her name is Anezka, and she’s a ferocious eater. She yelps when people get near her. She scratches people in the face.’

So Anezka has been based on my cat, Pablo, who gets a lot of what I call ‘getting the fear.’ When anything happens, anybody moved a foot or pulls a chair, he yelps and stares at you. Or he’ll scratch you, just out of fear. So, that was Anezka. I was raised with cats, so they make sense to me. I probably understand cats better than humans, anyway.

On whether she’d be game to play a triplet

Grobglas: Actually, I kind of have a secret dream of some skinny dude showing up with a mustache, being played by yours truly. Just kind of like, pale skinny dude from the Czech Republic. That would be great.

Alex Guarnaschelli on the TV she watches to unwindIron Chef 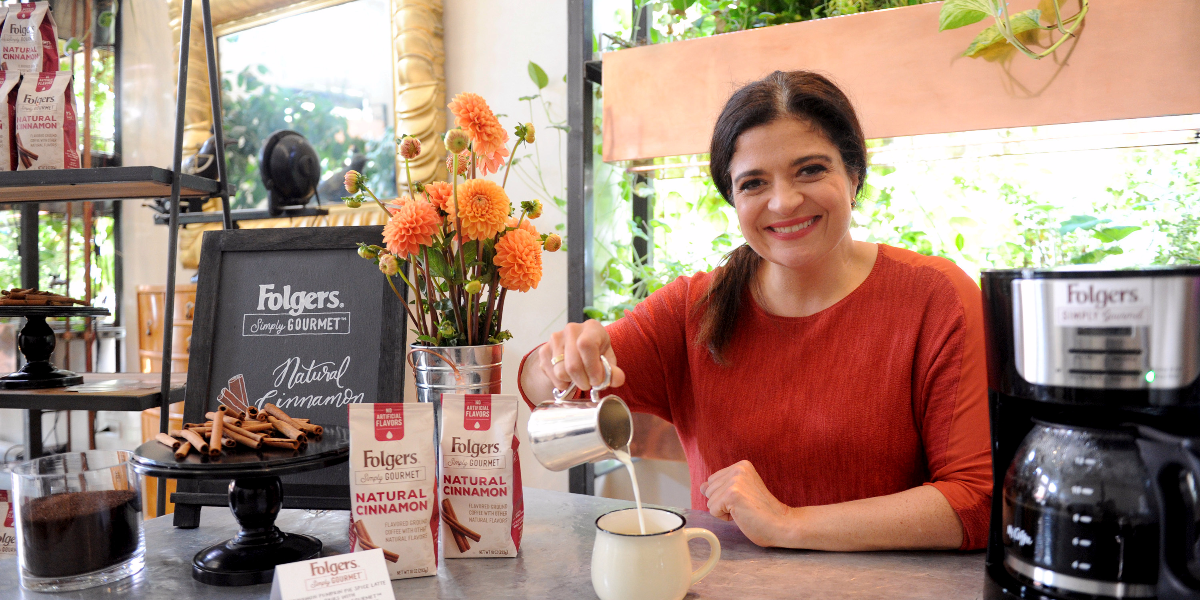 Alex Guarnaschelli: I do watch competition cooking shows sometimes, although I don’t at all find it relaxing. I do it more as a study in my accidental field of expertise.

As far as relaxing shows, I like car racing a lot. I can watch people go around and around on a track in a multi-million dollar piece of metal, and that I find therapeutic.

I also watch a lot of mystery shows on PBS. That’s my mother’s fault. I grew up with her watching these women weeping on big beautiful English landscapes. I also watch some super trashy stuff. Like, I can really get lost in something like The Hills. I love Billions on Showtime.

So, I guess if it’s either homicidal or sad, sign me up.

On the myth that good cooks can’t bake

Guarnaschelli: It’s mostly science when you’re baking. You either get it right, or it doesn’t work. With cooking, you can fail just as easily, but you have more opportunity to repair something that goes off the rails.

On the best weeknight French dishes

Guarnaschelli: I definitely think you want to go with the simple stuff — most of all, you don’t want a sink full of dishes. I love quiches, and I love omelettes, and I love egg work because I think you get so much magical taste and texture from eggs.

I love to make a crustless quiche, which is essentially just a quiche batter whipped together. I usually do something super French, like some sauteed leeks or sauteed mushrooms on the bottom. It’s so underrated, a quiche. I feel like we really don’t think about it.

And I love an omelette for dinner. Just some eggs! I love using seasonal things like spring onions, or ramps, or garlic scapes, or garlic chives just thrown in the middle with a little bit of super barnyardy gruyere cheese. I think an egg is a really quick way to get to France on a weeknight that’s not too overwhelming.

I also love some cooked lentils with a little sherry vinegar and black pepper, and a quickly cooked chicken paillard with just a smear of mustard. Sometimes just a little vinegar, mustard, and lentils, and you’re in the middle of a French bistro.

Guarnaschelli: Yeah, it’s stressful for them. How do you feed Chopped judges in between takes? The craft services are amazing. The thing that’s hard for me is they’ll have a lot of really delicious healthy stuff, but they’ll also have naughty stuff. And it comes down to making good choices. Then it’s my fault, and I have to get upset, because I want to blame craft services, but I can’t.

We’ll have an array of fresh fruits, cheese and crackers, cereal, an omelette station. And sometimes when the food is complex on the plate and you’re judging, and you go to craft services looking for something to make you believe and love again. After you’ve had an anchovy tail sandwich with bananas and gummy candy, you want something that reminds you that the world is still a good place. And that’s a big responsibility for craft services to have. Most of us just eat half a jar of peanut butter. Once I see that jar of peanut butter, I’m dead in the water.

This interview has been edited for brevity and clarity. Click the “play” button to listen to the entire conversation. This podcast was produced by Justin Bull.