﻿The 14 candidates for Chicago mayor have been logging dozens of hours over the past few months at mayoral forums, telling voters about their views on everything from pensions to preschool, from neighborhood development to public safety.

But they are not alone.

Chicago voter Ronald Jackson has also been attending all those forums — 32 of them at last count.

With a wide open seat and no anointed winner ahead of election day next Tuesday, Feb. 26, Jackson is determined to make the most of this historic moment.

Last Saturday, he was at the DuSable Museum of African American History; it was his fifth forum of the week, his third in 36 hours.

“I have done this because I believe that it is important that interest from the community is shown,” he said. “And the best way to do that is to actually show up at the polls, make sure that we are educated as to what these candidates have in store for us.”

That matters, he said, because “the city of Chicago has the advantage right now, of making a large, I mean, humongous change.”

Jackson, who lives in Hyde Park on the city’s South Side and gives his age as “at least 55,” explained that he has a strategy for showing up at the forums and getting noticed.

“I try my best to sit as close to the front as possible, to make sure that the candidates that are sitting on the platform can look down and notice that somebody is looking up at them.”

Then there’s his flashy outfits. At the DuSable forum, Jackson was dressed head-to-toe in black and gold. A fur coat with a lapel pin of the Chicago flag, black wraparound sunglasses and a black leather cowboy hat with a gold band. 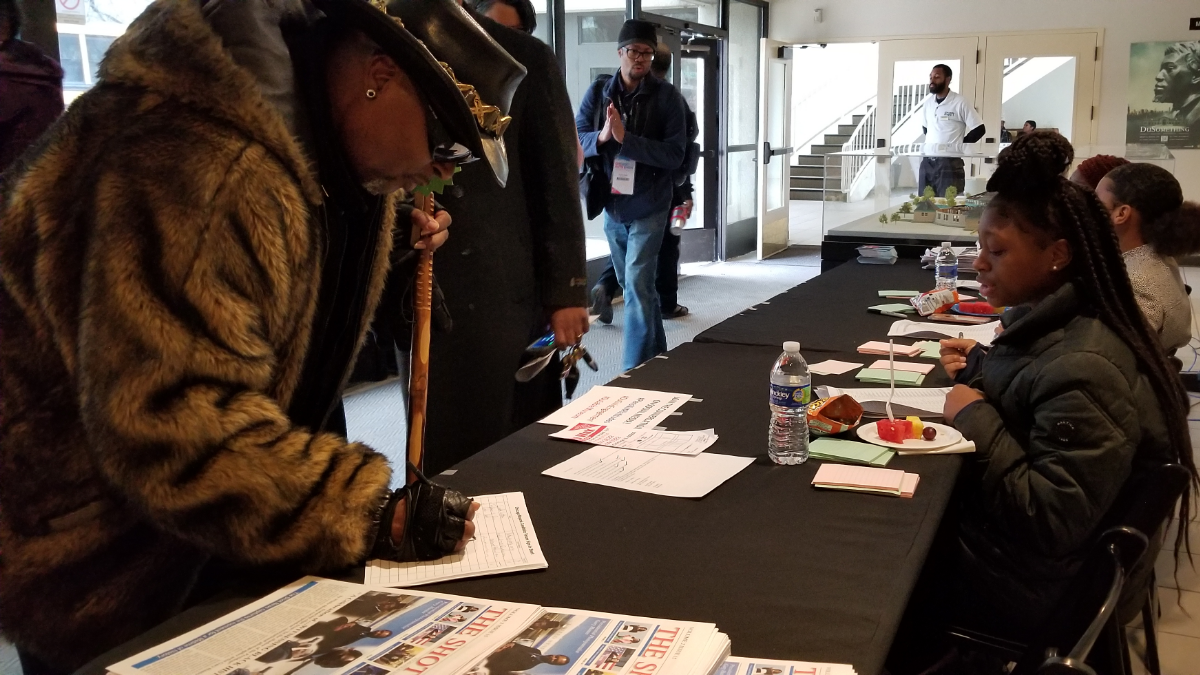 Jackson does not come to the forums to support any specific candidate. “I do not endorse, nor do I shake the hand of any candidate,“ he said. But there is an issue he thinks Chicago should pay more attention to: mental health.

Candidates have started to take note of Jackson, in part because of his outfits, but also because he made a handy tool for giving feedback to candidates.

“I created my own little paddle,” Jackson said. It’s about the size of a ping pong paddle with “red on one side … lime green on the other.”

Candidates get green if Jackson likes what they say and red if he does not. Any negativity, any talk about another candidate, and he raises the red side of the paddle, high into the air. He also uses the paddle to indicate which questions he likes and dislikes. 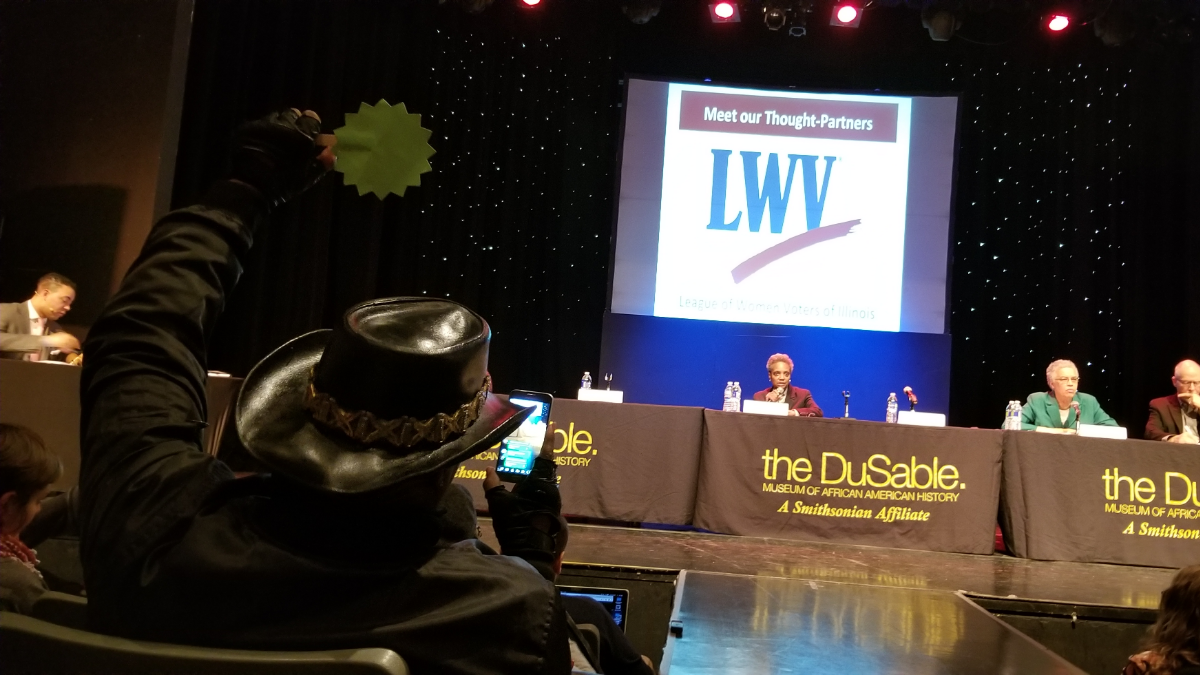 One candidate noted that with Jackson’s height, he looks a bit like the Statue of Liberty when he holds his paddle high in the air.

Jackson said he did not set out to attend so many mayoral forums.

“Matter of fact, after the first three, I remember saying, this wasn’t even worth listening to because it was basically redundant,” he said.

But then a friend told him she wasn’t sure who to vote for, but couldn’t make it to the forums. So Jackson made it his mission to help her and others. Now, in addition to his paddle, he holds up his phone so he can livestream to friends on social media. Each forum gets about 30 views.

Even with all that, Jackson said he is like many Chicago voters: undecided.

“I will stay undecided until the hour or the very minute that I step in that booth,” Jackson said. “On the way to the poll, which is a block away from my home, I will take into account everything that I have heard.”

With hours upon hours of information, no one can say Jackson didn’t take his role as citizen and voter very seriously.