Juan Mendez has a four-hour drive into work every Monday morning.

He starts his commute at 2 a.m. He lives in Indiana with his wife and children but works in Batavia, Illinois. He stays with his parents during the week in West Chicago, Illinois and drives back home to Indiana every weekend.

Mendez said he wishes he could move back to Illinois, but the property taxes and cost of living make it impossible.

“It’s a really tough sell to tell my wife. I know we’ve been living in a really nice home with four bedrooms and two-and-a-half baths and now we’re going to go back and find something a lot smaller and downsize. That’s not something you typically equate with a promotion,” he said.

Mendez grew up in the Western Chicago suburbs but he moved to Indiana for college and never left. When he got a job in Batavia Illinois, he said he wanted to move back but the cost of living in Illinois is too high. The Illinois native is part of an ongoing trend.

Illinois has lost population every year since 2014. In all, the state’s population has declined by more than 157,000 in that time.

A new analysis of U.S. Census Bureau data by WBEZ shows an increasing number of people leaving Illinois for other states with fewer people migrating to Illinois from other parts of the country. People moving between states is known as domestic migration, and Illinois’ losses in that way have deepened the past several years. 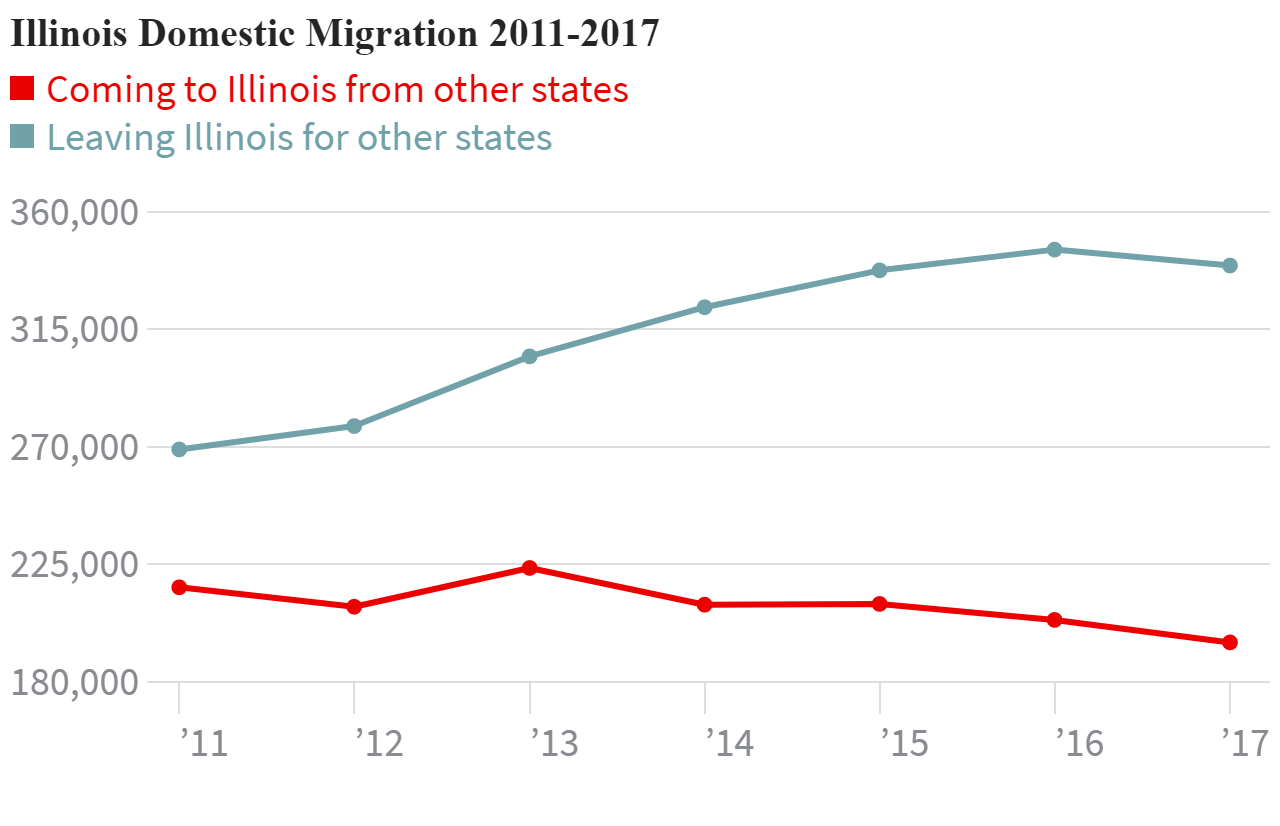 In 2013, Illinois witnessed a net loss more than 67,000 people to domestic migration. By 2017, that loss had deepened to more than 114,000, according to census figures. The states to which Illinois has suffered the greatest net losses in population between 2011 and 2017 are Indiana, Wisconsin, Florida, Texas, and Missouri.

In addition, the state is experiencing more deaths and fewer births. In 2011, the difference between births and deaths — something the Census Bureau calls “natural increase” — in Illinois was more than 60,000. In 2018, that natural increase had shrunk to just 38,000, according to the latest census estimates released last month. 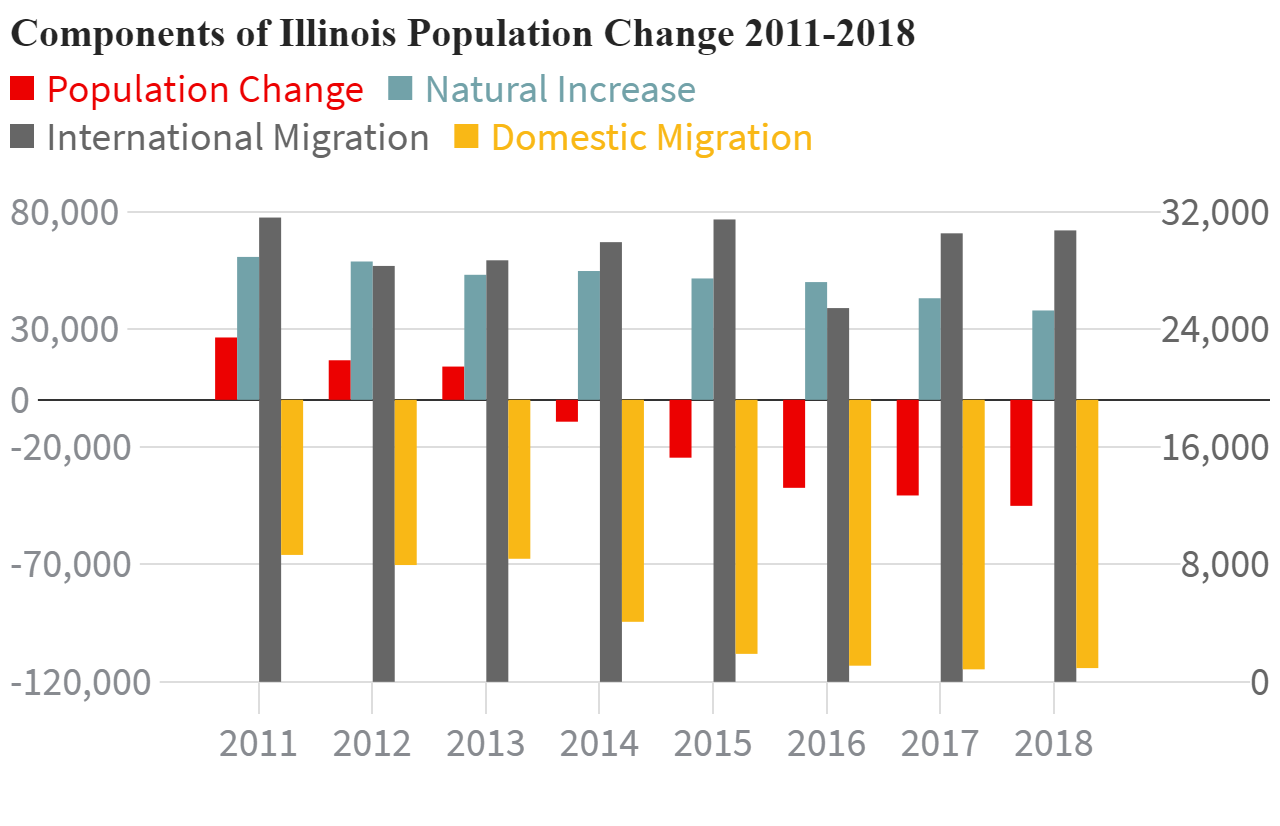 Ruy Teixeira, a senior fellow at the Center for American Progress, has been studying demographic shifts and said the residents leaving Illinois are within the “prime working age group” between 25 and 54 years old.

Teixeira said Illinois is the only state in the Midwest region to experience consistent population loss.

“Illinois is down there with West Virginia. That’s really the puzzle, why is illinois rubbing elbows with a state like West Virginia, which is generally viewed as being an economic basket case at this point because of the decline of its main industry,” he said.

In 2017, the most recent year available for state-to-state migration figures from the census, Illinois ranked sixth in total population but just 13th in the number of people migrating from other states.

Yen Duong grew up in Minnesota and said she always dreamt about living in Chicago. She enrolled in a PhD program at the University of Illinois at Chicago. But while she loved living in Chicago, Duong and her husband moved to Austin, Texas following the birth of her first child.

“The biggest thing was the ease of living with our young family. Now, we have two kids and a house with a yard. We couldn’t really see a way to do that in Chicago,” she said.

Duong said many of her classmates also moved to other states. And while her Chicago friends love the city, they often talk about leaving, too.

“From my experiences, the job prospects don’t seem great,” she said. “I still have friends in Chicago, but they talk about moving, too … to Denver or to Austin or somewhere else.”