When former President Barack Obama visited Chicago last week to unveil details about his namesake presidential center, he also brought up an issue on the minds of many South Side residents: jobs and contracts.

Obama and his wife, Michelle, have said they want the center, which is scheduled to open in 2021 in Jackson Park, to help transform the surrounding South Side black neighborhoods and uplift them from decades of housing and employment struggles. One way to do this is through hiring minority- and women-owned businesses, and Obama said his foundation will exceed city requirements.

Put that in writing, said a number of South Side community activists.

They are demanding that the Obama Foundation negotiate a community benefits agreement, or CBA, which is a legally binding contract to guarantee jobs and contracts connected to the center’s construction. Some community activists said a CBA can protect nearby residents from displacement and ensure economic development is inclusive. 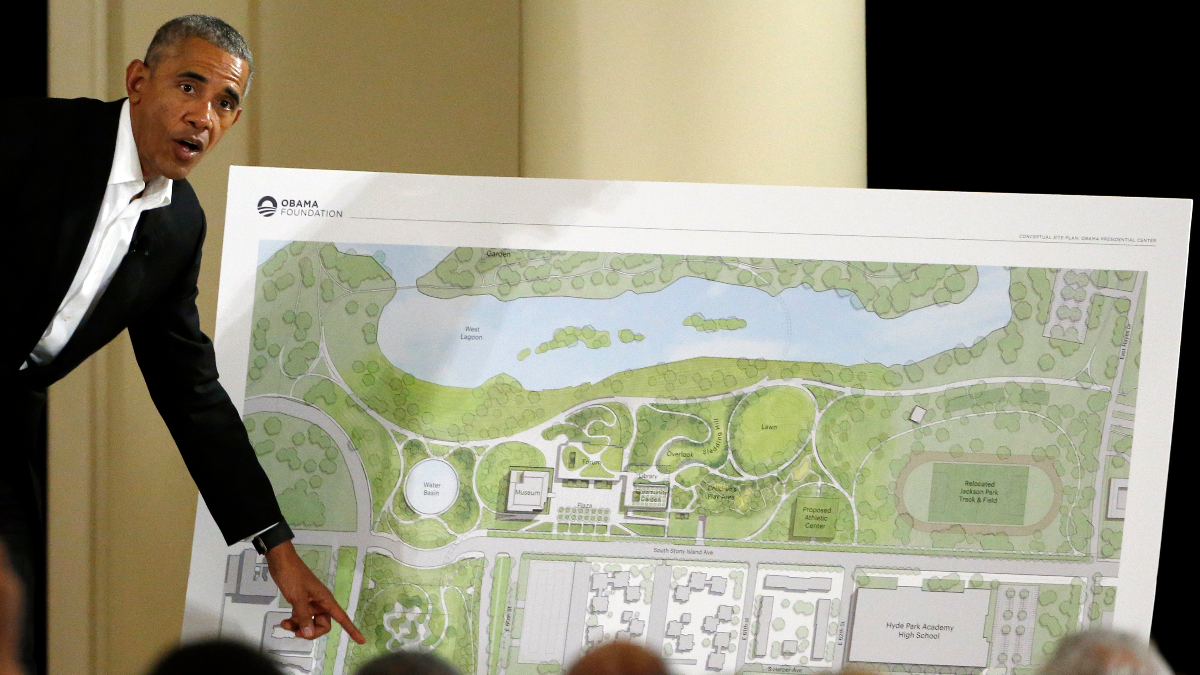 For residents of the nearby, predominately-black Woodlawn and South Shore neighborhoods, the presidential center is much more than structures, a leafy campus and a potential employer. The center could be the catalyst for massive changes in their neighborhoods, residents said, and they want some measures of protection against potential ripple effects, like higher rents. History has told them they must keep a vigilant eye.

The former president is regarded with goodwill among most residents clamoring for a CBA, but residents said they distrust the process and possible developers who are only looking to profit off of a quick Obama buck.

“What residents want assurance of is that there are protections against displacement,” said Jawanza Malone, executive director of the grassroots Kenwood Oakland Community Organization, also known as KOCO. The nonprofit is part of a broader coalition pushing for a CBA, and it lead similar efforts for a community agreement during the city’s bid for the 2016 Summer Olympics.

Malone said CBAs can guarantee jobs, but the benefits should be much broader. A CBA can also set up land trusts, for instance, to make sure that a certain amount of housing around a big new development remains affordable.

Obama has said part of the presidential center’s long-term mission will be training the next generation of leadership. But the center’s immediate impact on the South Side will be jobs and money.

But to a lot of neighbors, hearing that the former community organizer wouldn’t back a community benefits agreement is baffling. There’s also mistrust toward the city and the University of Chicago, both partners in the presidential center. 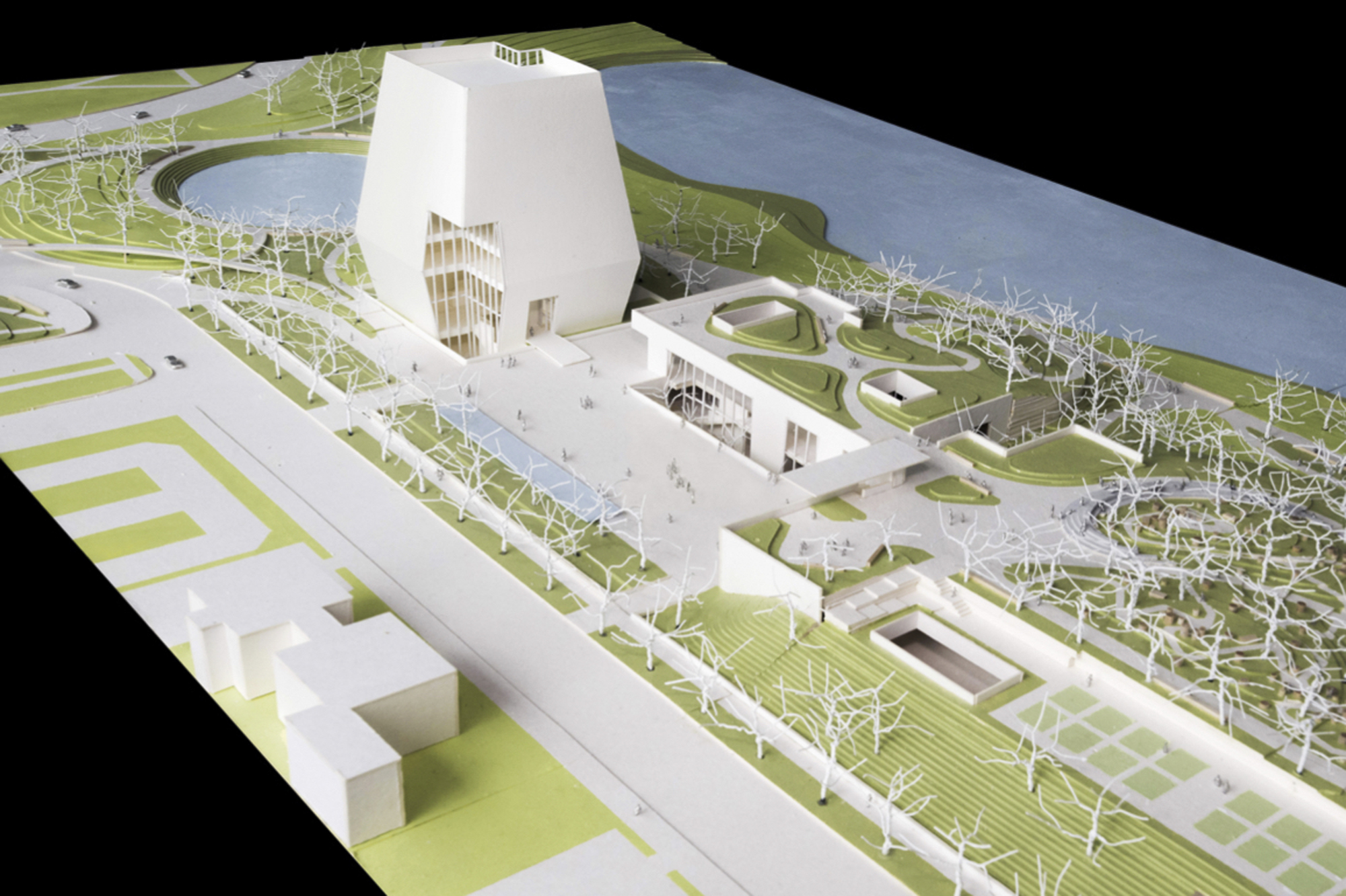 Some residents feel institutional black leaders, rather than community organizations, have an inside track with the foundation. One such leader is Rev. Byron Brazier of Apostolic Church of God in Woodlawn, whose church has been a powerful fixture for decades and owns quite a bit of land in the community.

He said a CBA isn’t the right tool.

“[CBA advocates] wanted also to make the library responsible for displacement and gentrification and things of that nature, and that may be a misapplication of a CBA because [the foundation didn’t] intend to develop commercial strips or housing,” Brazier said.

He said the Obama Foundation is just building a center; it’s not a developer and can’t impact the ripple effects of its presence. Brazier said communities have to independently decide what they want and pointed to his Network of Woodlawn, which is creating a master development neighborhood plan.

Michael Strautmanis, the vice president of community engagement for the Obama Foundation, said a CBA is “pretty narrow tool.” He said the the foundation is already forging ways to ensure black people get access to union jobs that have not always been open to them. A so-called “inclusion council” is tackling diversity issues and will publicly release audits on the foundation’s efforts to hire minority- and women-owned businesses, among other goals, according to a recent foundation report.

Still, Strautmanis said he understands distrust given how there’s been lack of investment in many of these communities. But he said he’d rather work with organizations rather than ironing out contractual language with dozens of groups.

In some ways the debate is heating up to be black grassroots vs. black establishment. The KOCOS vs. the Braziers. Strautmanis said there’s room for everyone at the table.

“You have to have grassroots leaders, grassroots folks participating in the organizations as decision makers,” Strautmanis said. “You also have to have institutions at the table who can harness their economic power and scope and scale to be able to help accomplish those goals. We’re going to bring all these folks together with us to try to take advantage of what we think is a once in a lifetime opportunity for transformative economic and community development.”

Natalie Moore covers the South Side for WBEZ. You can follow her at @natalieymoore.