There is no greater South Side staple than The Rink — a 87th street roller-skating rink that has been in the community for over four decades.

It’s also in one of the main scenes in this week’s episode of The Chi, “The Whistle.” But the skating isn’t the only thing going in circles. The characters’ past problems are back, and what happens next is a reminder that every action has a reaction.

Quentin opens up to Emmett about why he was in Cuba and gives him a little background on his family. We learn Sonny is Quentin’s brother, and Sonny takes after their father — a hardworking porter killed on the job.

Sonny followed after his father, but the death pushed Quentin in the opposite direction. It’s why Quentin couldn’t be satisfied with a job that just allowed him to make a living. Instead, he chose to run the neighborhood, and based on how he’s currently treated, was likely one of the neighborhood’s greatest kingpins. 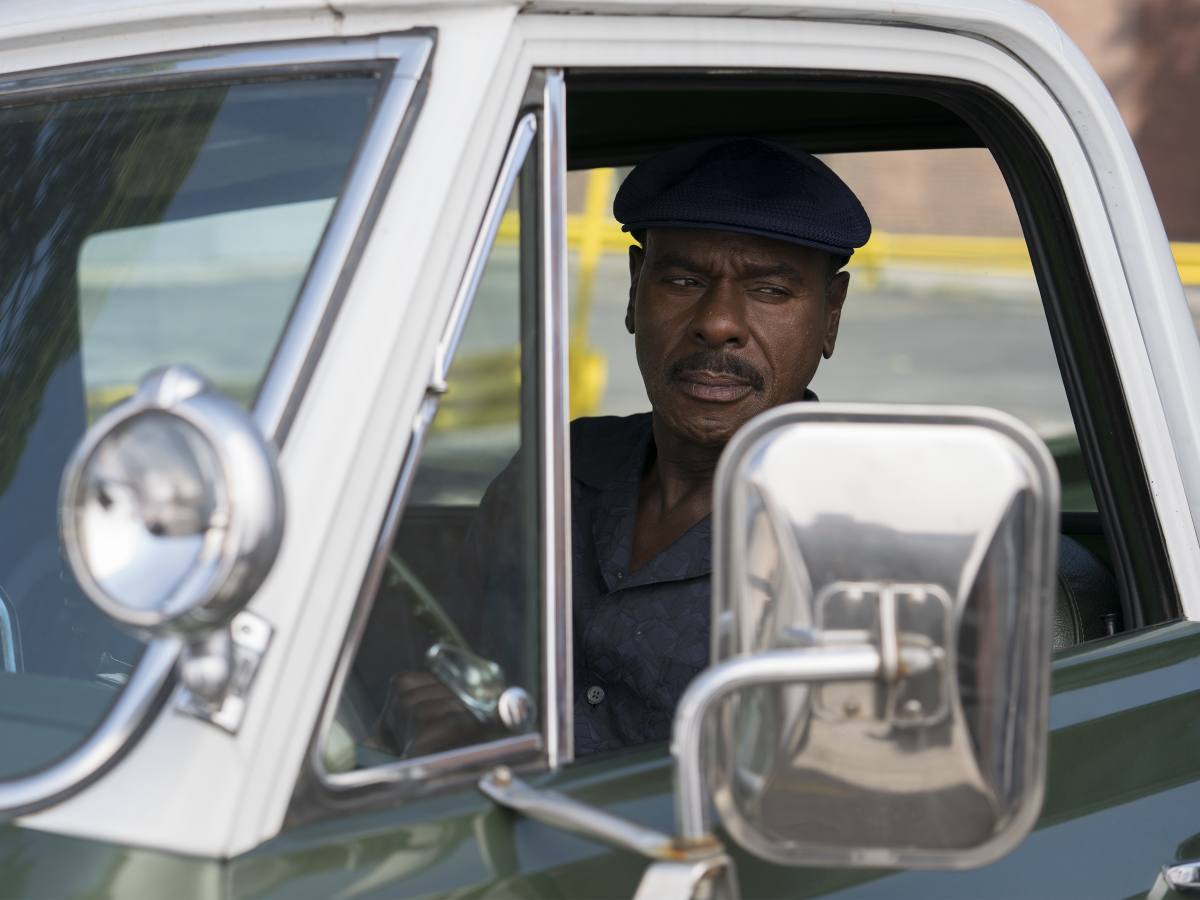 Detective Cruz is still working the case of Jason’s death, although it’s been closed, and all roads in his investigation lead back to a dirty cop — Detective Wallace.

Wallace is also connected to Trice’s gang. He gave Trice the shipping manifests to let his crew know where to find the ATF guns they stole from the rail yard and was at the gun buyback when Quentin showed up with boxes of them. 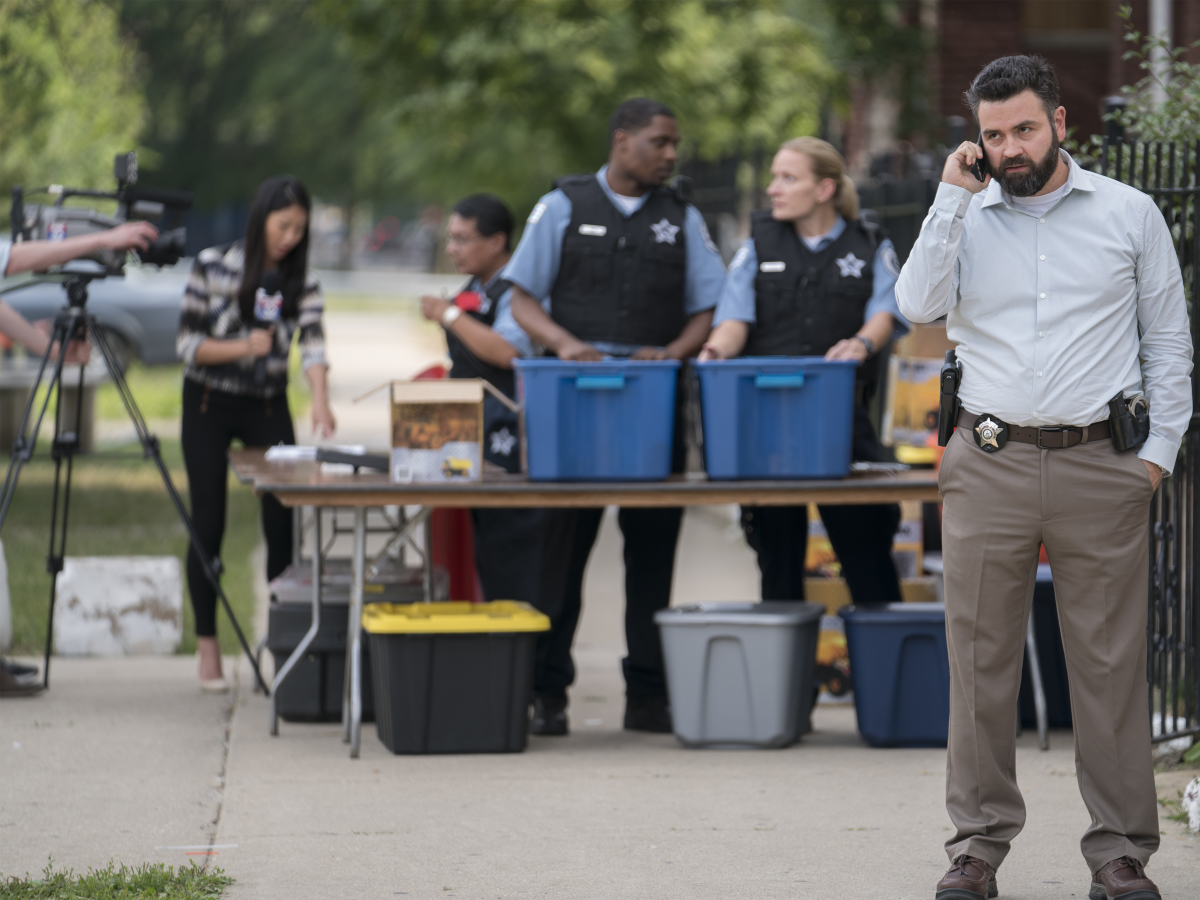 There are a lot of links here, and they haven’t all come together yet, but Wallace seems to be a common denominator in everything.

Here's a look at what else came back around in episode 7.

Quentin and Emmett both get unexpected surprises

Quentin is storing the guns he stole from Trice’s crew in a freezer at Sonny’s Chicken Pit. As a nervous Sonny downs antacid, Emmett walks in on their conversation. Quentin asks Emmett if he wants to make some cash. Emmett already owes Quentin money, but this job will pay his debt plus put some more in his pocket. 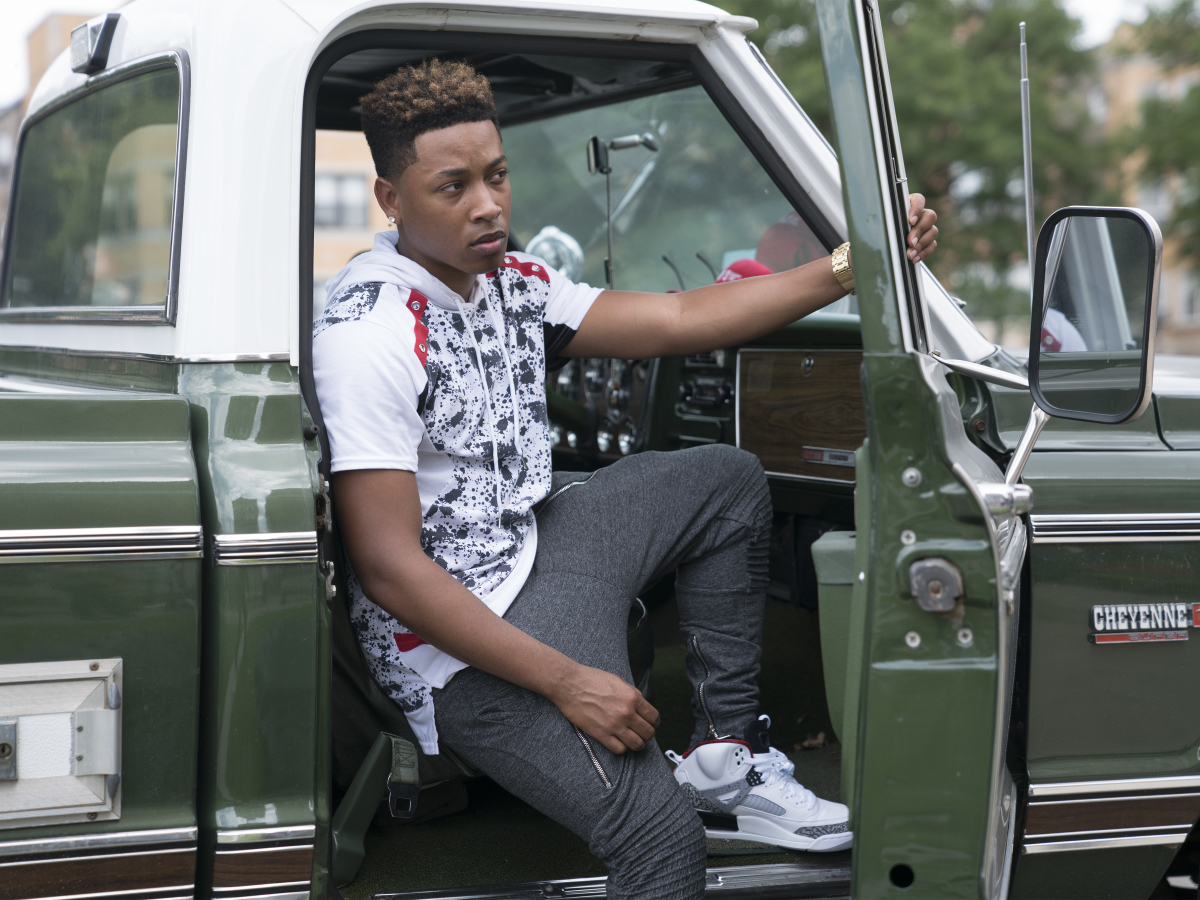 The job is to take the guns to a Chicago Police Department gun buyback at a local church. The police are giving people $100 in cash or gift cards for each gun they bring in. They tell Quentin that they weren’t expecting to receive that many guns and didn’t have that much money on-hand. Quentin replies that it’s OK: if they throw in a few desserts from a nearby table, they’ll call it an even trade. After the exchange, Quentin takes the cash, cards, and desserts to Trice, who’s at the barber shop getting a haircut. 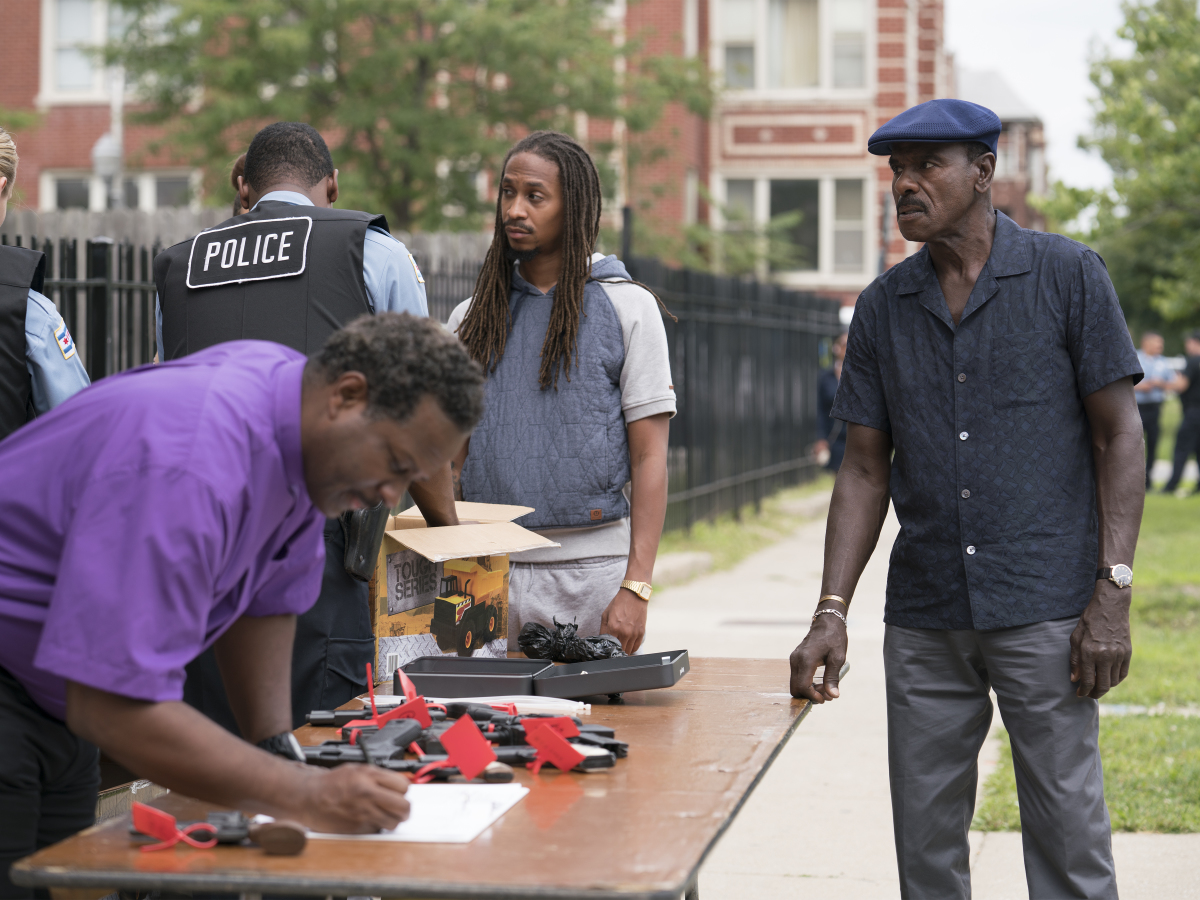 The scene is shot from outside the window of the shop, so we can’t hear what he’s saying. But it’s likely that he’s boasting about what he’s done. Basically, Quentin set up an elaborate plan to steal these guns from Trice’s crew and killed an entire stash house of people just to make a point — possibly that he’s one-upped the young gang leaders who work much differently.

But Quentin didn’t expect the kind of revenge that he gets. He arrives at Sonny’s to see his brother beaten unconscious and lying on the ground. He looks up to see Reg holding a gun and instructing him to take a seat. This situation is clearly not how he envisioned the night going. Reg, who’s beaten up by Trice in this episode for not being in the stash house when Quentin stole the guns, is asserting that he now has the upper hand.

Why sonny!?!? Sonny ain’t never did nothin to nobody lawd Jesus #theChi pic.twitter.com/McjJZBFkTb

The episode starts and ends in Sonny’s restaurant, but Quentin’s demeanor is much different. At the start, he’s the calm, confident version of himself that we’ve seen since he mysteriously started appearing on-screen in the first episode. But as the episode ends, he’s taken aback and a bit fearful.

We’ve seen other characters being threatened before, but until this moment, we haven’t seen what could possibly cause him to back down from confrontation. It’s also the very opposite of when Quentin threatened to hurt Reg’s brother, Jake, at the block party. (Trice also threatened to hurt Jake earlier that day.) 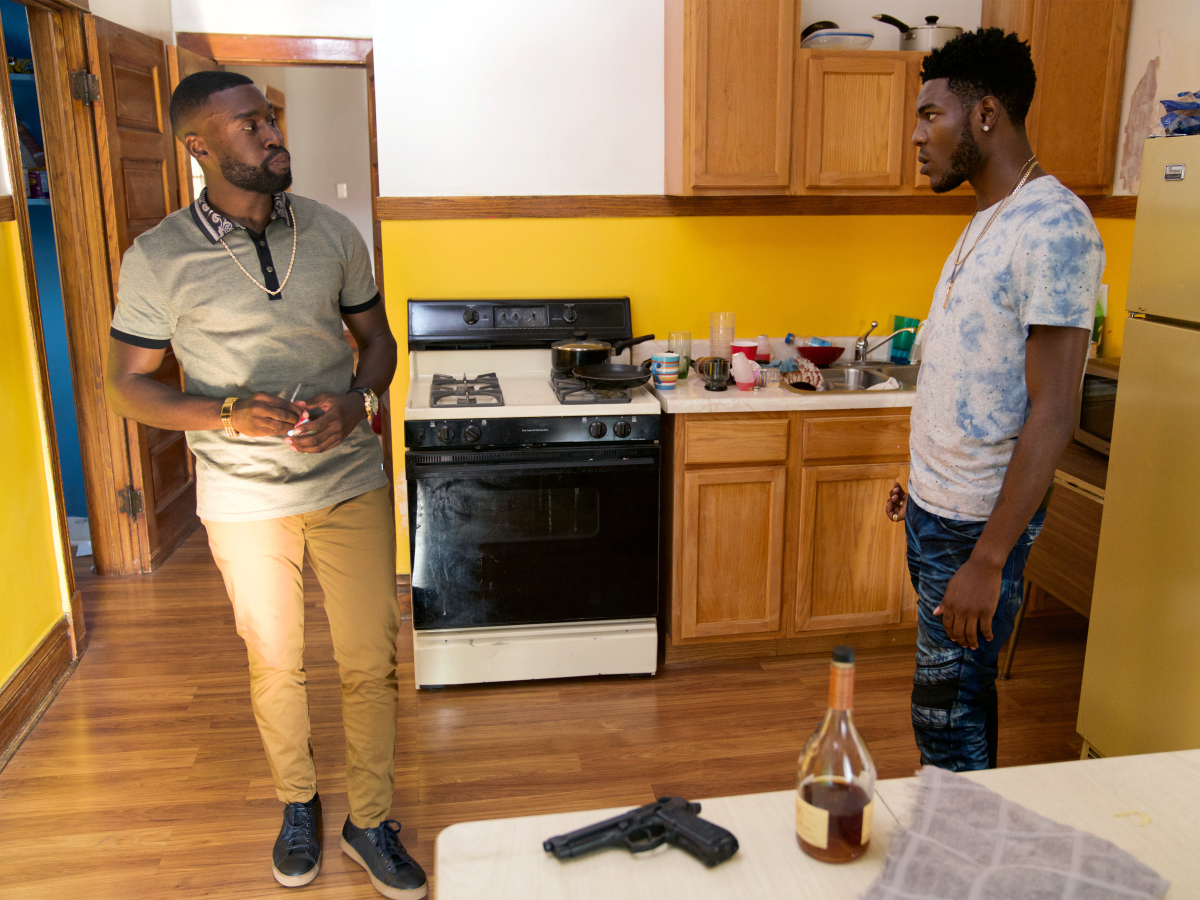 Quentin isn’t the only person who gets a surprise. Before heading to Sonny’s, Quentin paid Emmett for the day and dropped him off at the babysitter’s to get his son, E.J. Emmett has to give the sitter all of what he just made for the day so that she’ll take E.J. tomorrow. He just took a huge risk working with Quentin and now has nothing to show for it.

He walks home and arrives to his mother, Jada, crying on the couch. Her job found out that she’d taken supplies from them — the supplies she used to help Ronnie when he was shot — and fired her. And to make matters worse, E.J.’s mother, who’d left him with Emmett in the first episode, shows up saying she wants the baby back.

Kevin is back to being a kid

Kevin’s main focus in this episode is to impress Andrea — the girl at school he’s been chasing since the first episode. He drowns himself in Emmett’s cologne (that he found in his sister’s room), almost fights his friend Papa because he talks about her acting during their play rehearsal, and convinces his mom and her girlfriend to take him to The Rink, where Andrea and her friends will be after school.

When Kevin and friends get there, Andrea won’t skate with him when the DJ announces a couples’ skate, so his friends tell him to make Andrea jealous. He asks Andrea’s cousin Maisha, who has been bullying him all season, to go for a skate. It makes Maisha feel special. And Kevin defends her to his friends who start to talk badly about her. His plan works, and Andrea comes up to Kevin, apologizes, and gives him a kiss to make up for being mean to him earlier. But it upsets Maisha, who walks off sadly behind her cousin. 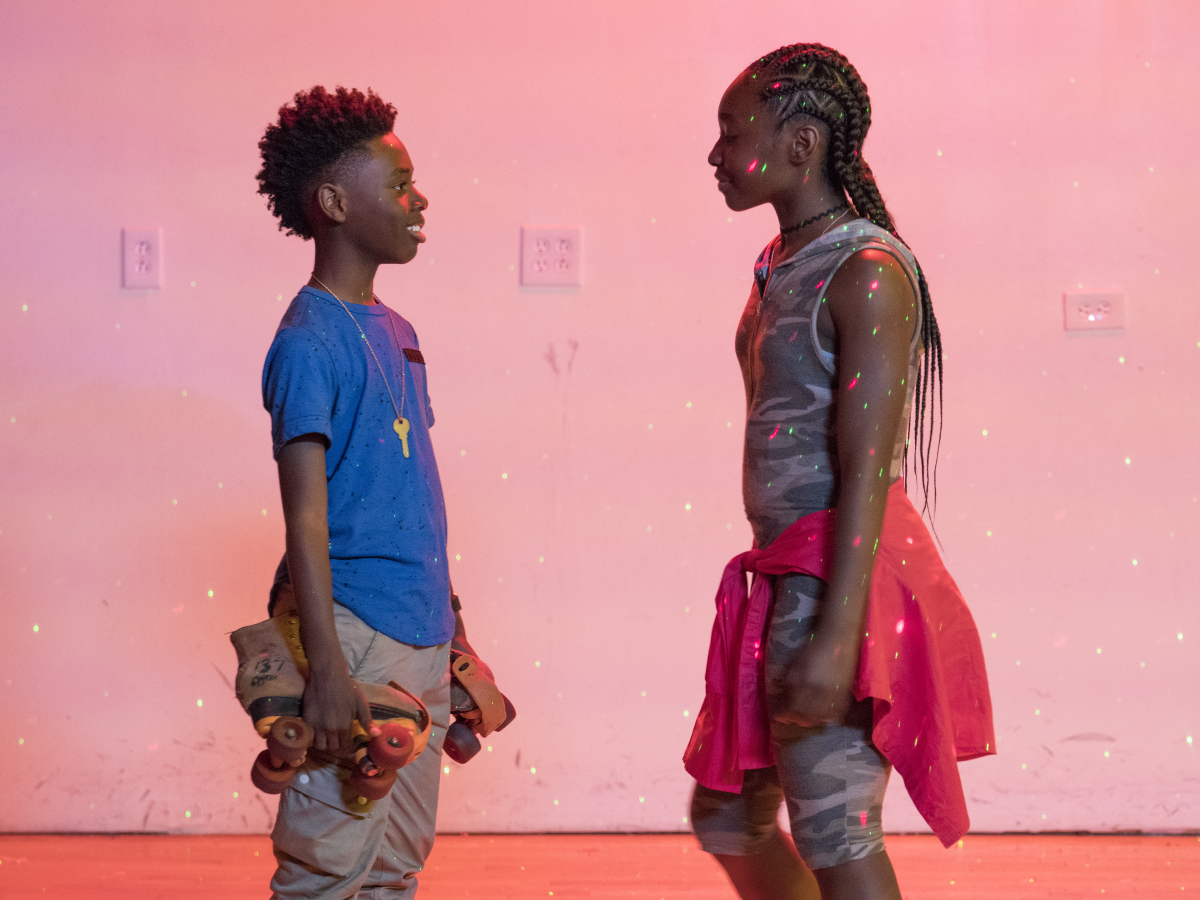 While at The Rink, Jake is unable to leave the gang stuff out of the night’s festivities. He mean mugs and flashes the gun on his hip at another kid from their school, who Jake says has been talking about his brother. Kevin and Papa, who say the kid has always been cool, beg Jake not to start any trouble today. It’s another reminder of how different his life is since being forced to join a gang.

Brandon’s kiss comes back to bite him

Brandon runs into his ex-girlfriend, Jerrika, at his mother’s house. His mother, Laverne, and her new husband, Greavy, have plans sell their house and have hired her as their real estate agent. They’re working on paperwork when Brandon comes in, and the two have an awkward conversation about him going by the house to get his things. 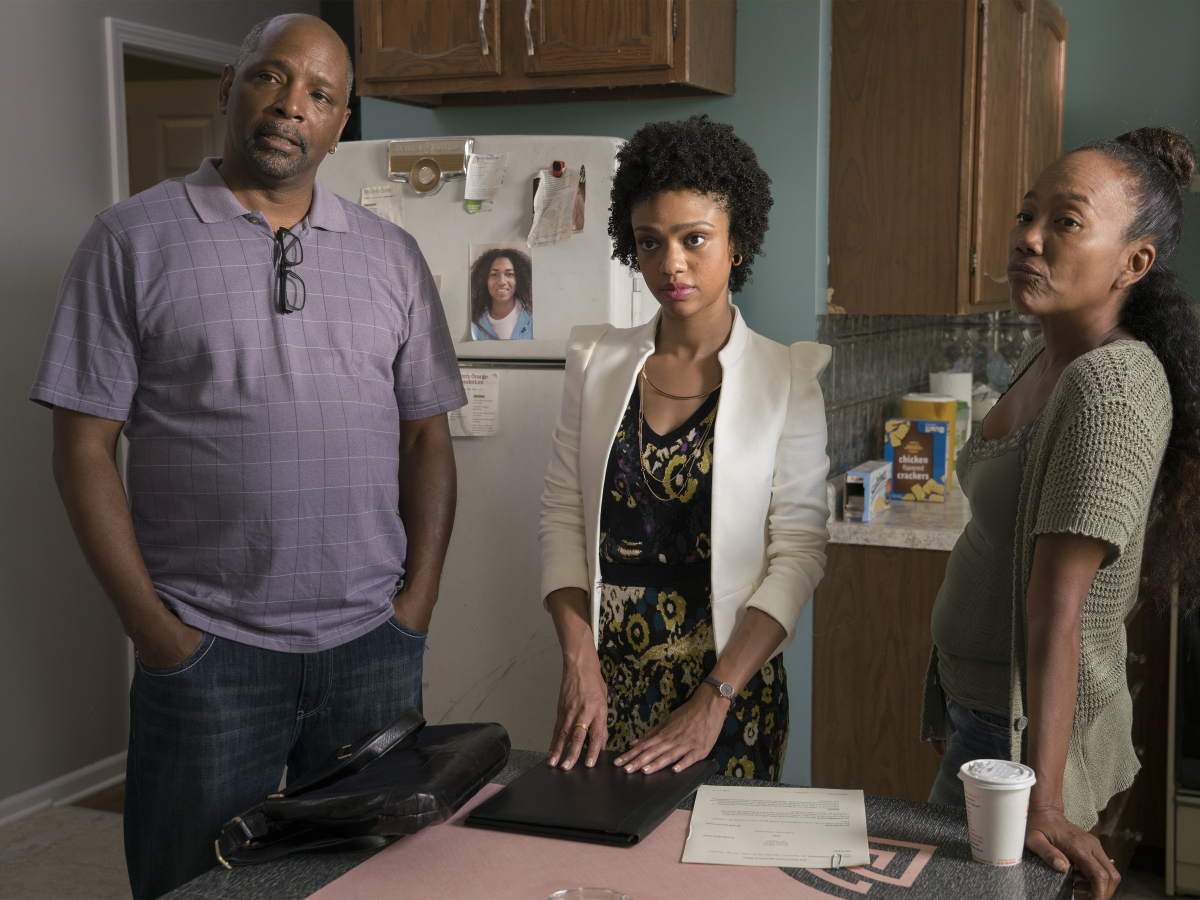 Later, Brandon’s boss, Chef, tells him that someone has stolen a box of fish from the restaurant and asks him to find out who the thief is. It’s Luis, Brandon’s closest friend there, and Brandon tells him he has to return it. Brandon admits this to Chef’s wife Sarah, who he kissed in the last episode.

Since the beginning of the series, Sarah has been Brandon’s biggest advocate in the restaurant, and Brandon has learned to trust her. But he finds that Sarah’s greatest allegiance is to her husband and their restaurant. When Brandon comes back with a box of fish to replace what Luis stole, Chef instructs Brandon to throw the fish out and tell Luis that he’s fired. Brandon says he won’t do that and quits.

He ends up at Jerrika’s house to get his things and he tells her what happened. Before their breakup, Jerrika was Brandon’s main support system, especially in his career. Talking to her — even just for a little while — might help him put things back into perspective again.

Watch Brandon & his friend try & have they own food truck.. maybe #thechi

Arionne Nettles is a digital producer at WBEZ. To share your comments and thoughts on The Chi, tweet her at @arionnenettles.