Amid the many modernist steel-and-glass buildings on the campus of the Illinois Institute of Technology stands a red brick Victorian that occupies nearly an entire block.

It caught the eye of a "What's That Building?" fan, who asked about the history of the "huge red brick building — maybe part of IIT."

It was built in 1893 to house one of IIT's predecessors: the Armour Institute of Technology. IIT was created in 1940 when the Armour Institute merged with the Lewis Institute, a West Side school. Students attended classes in the Armour building until it closed in the early 2000s. IIT sold it in 2017 and now a development group plans to gut the inside and turn the Chicago landmark into an apartment building.

That work hasn’t started, so the spot is vacant for now. But a look inside reveals a building still filled with hints of its history.

A tribute to the building’s namesake family

The most impressive detail may be the Tiffany stained-glass windows which illuminate a wrought iron staircase. The center window depicts a toga-clad hero among funeral lilies. The windows are a tribute to Philip Armour Jr. whose father, super-wealthy meatpacker Philip Armour, donated one million dollars to help found the Armour Institute. 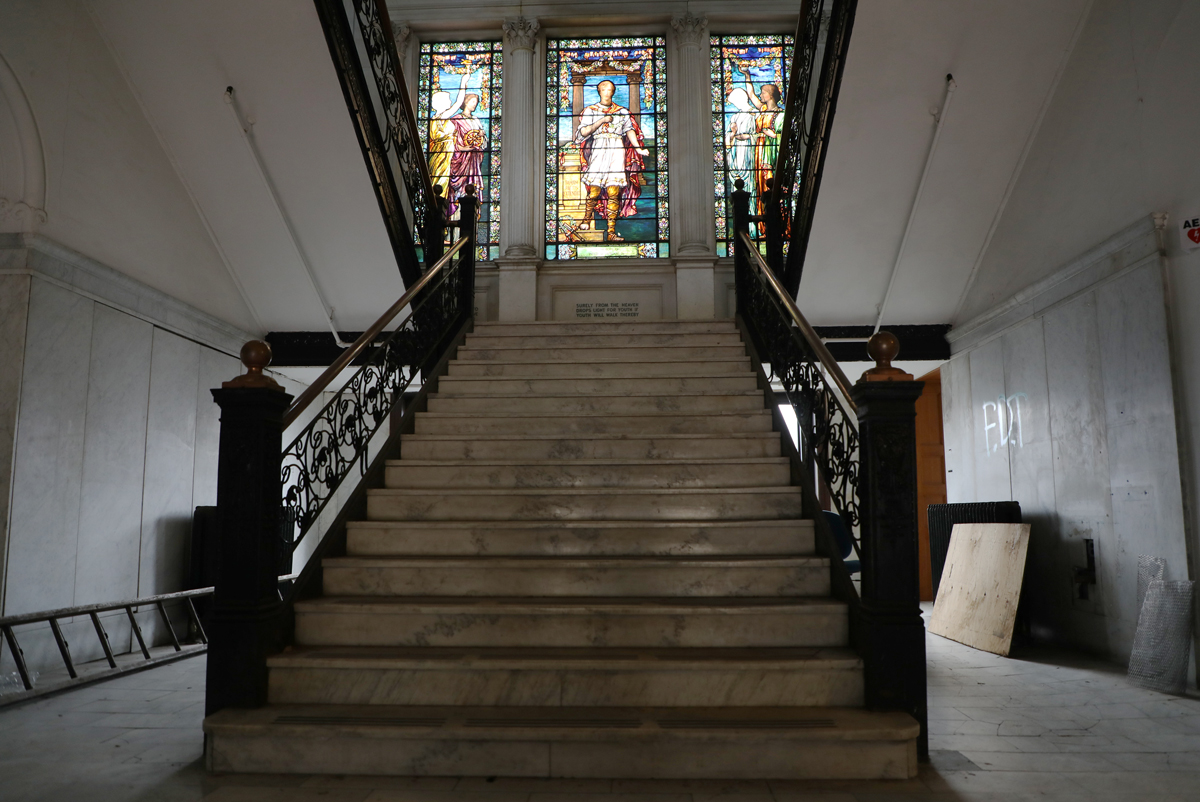 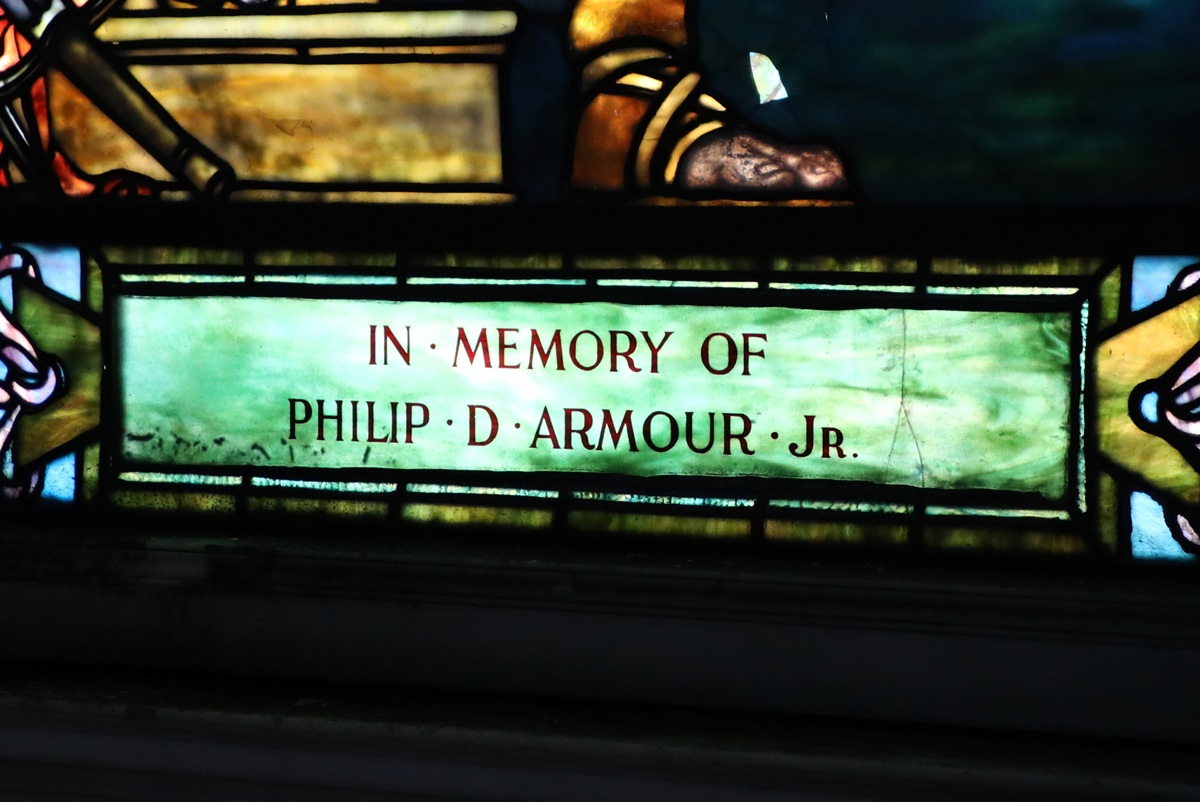 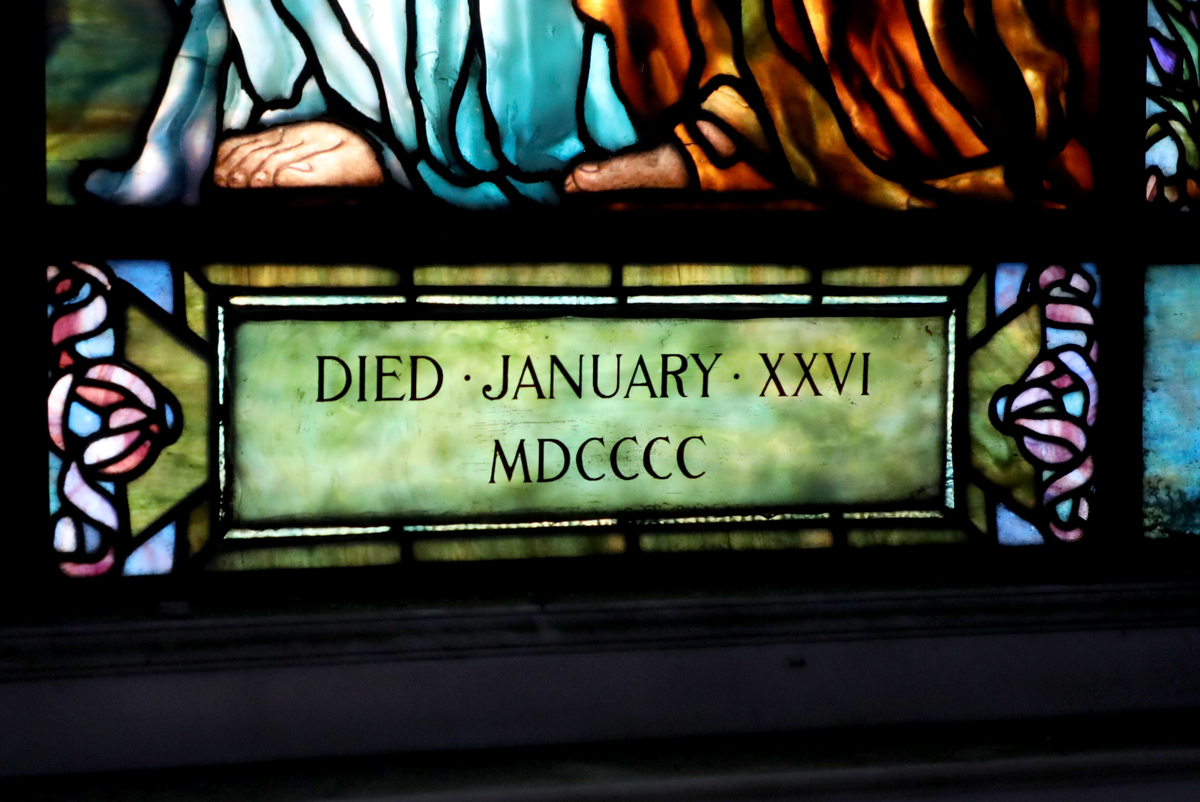 Ghian Foreman, a developer working on the building, said the windows and staircases will be preserved in the rehab.

﻿A plaque explains the origins of the Armour Institute﻿

In a sermon in 1890, Gunsaulus said that with a million dollars he could build a school that would teach people the knowledge and skills they would need in the rapidly growing industrial economy. Philip Armour Sr. happened to be in the audience and approached Gunsaulus with an offer to fund his plan.

The fact that engineers and architects studied here is evident in the abandoned classrooms. Leftover student drawings scatter the rooms. 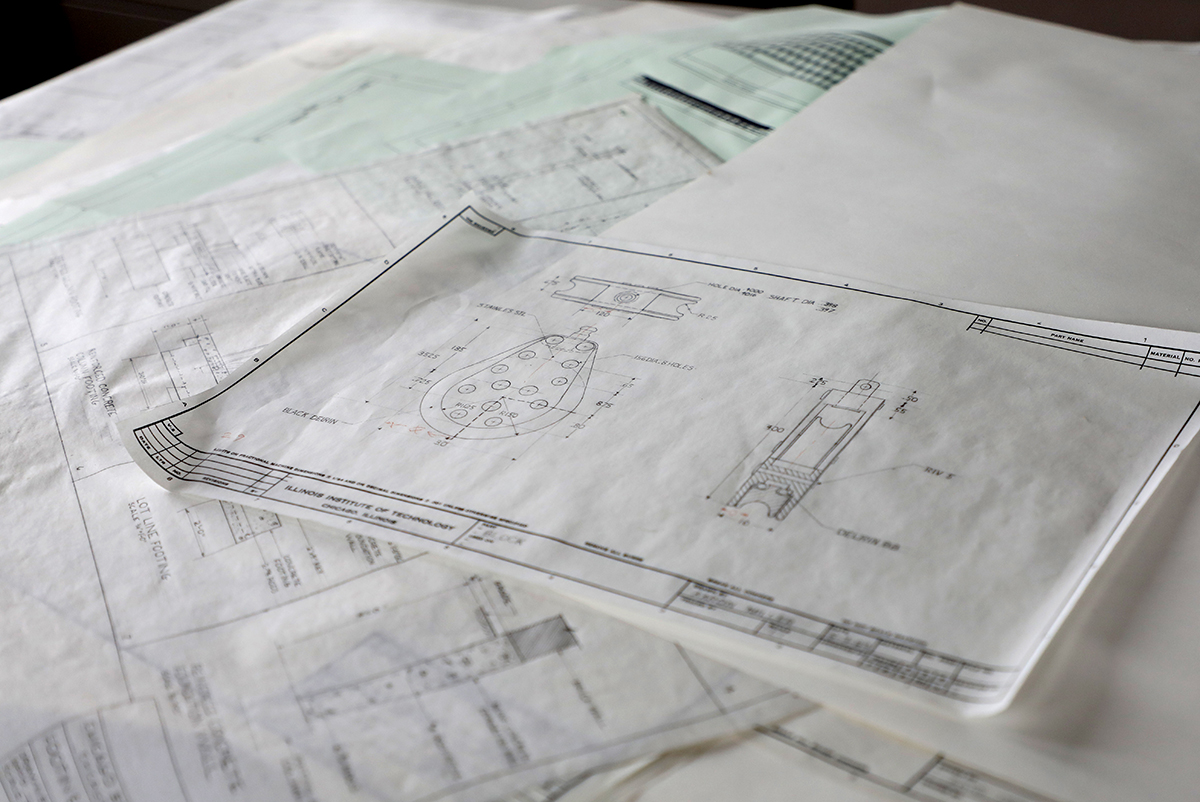 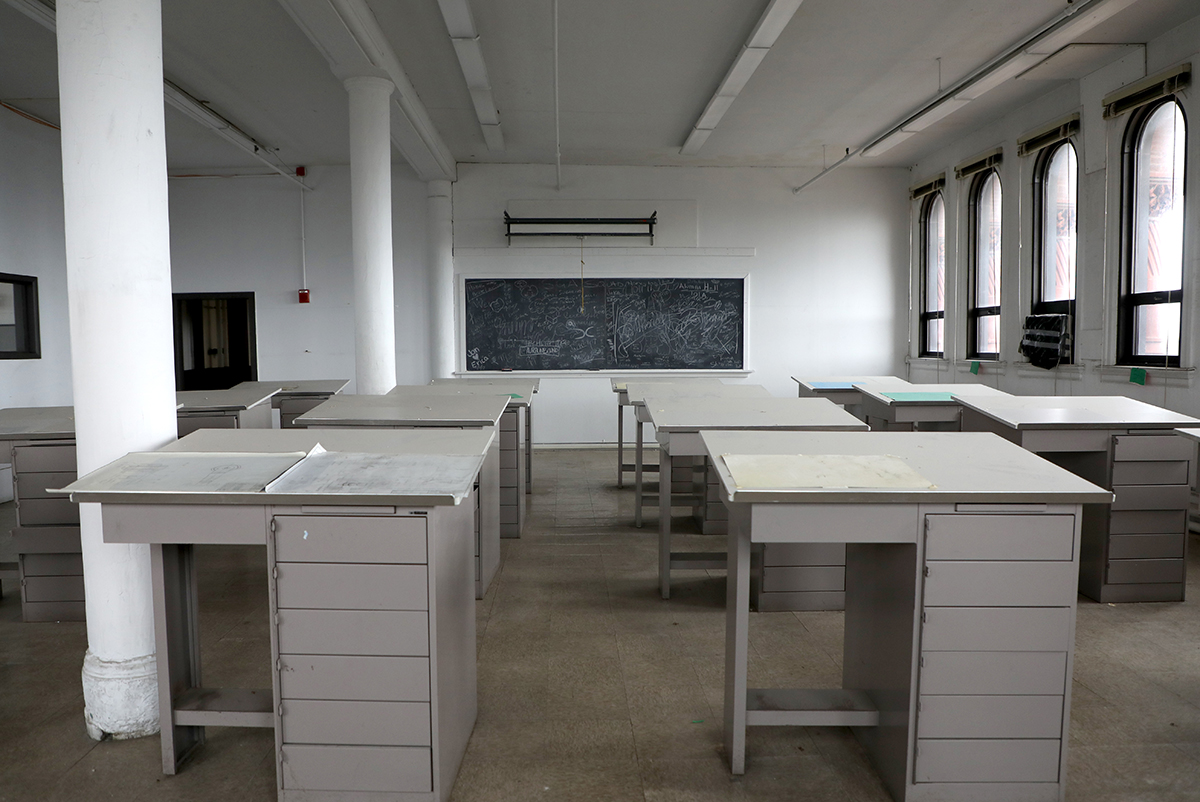 Chalkboards are filled with notes from former IIT students. 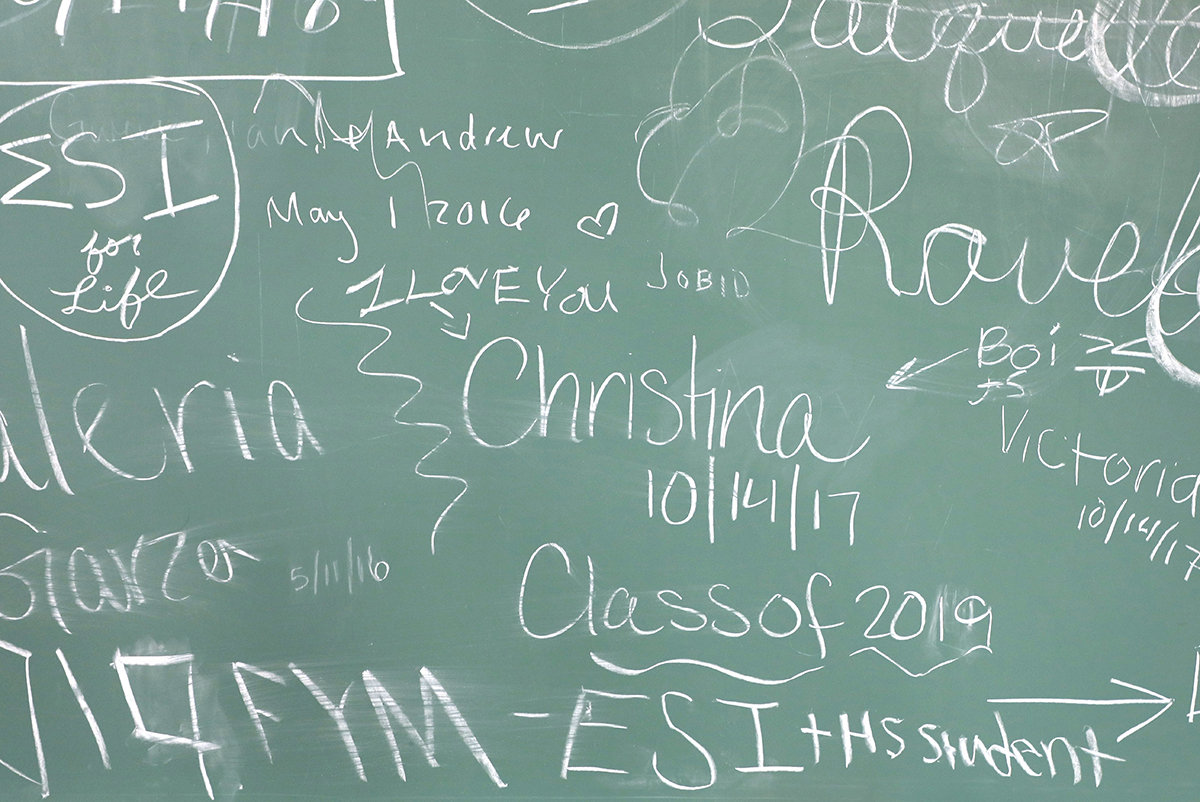 Remnants of a model railroad club

The attic was once home to the Illinois Tech Model Railroaders, a club that met from 7 to 11 p.m. on Fridays, according to a sign on the door. 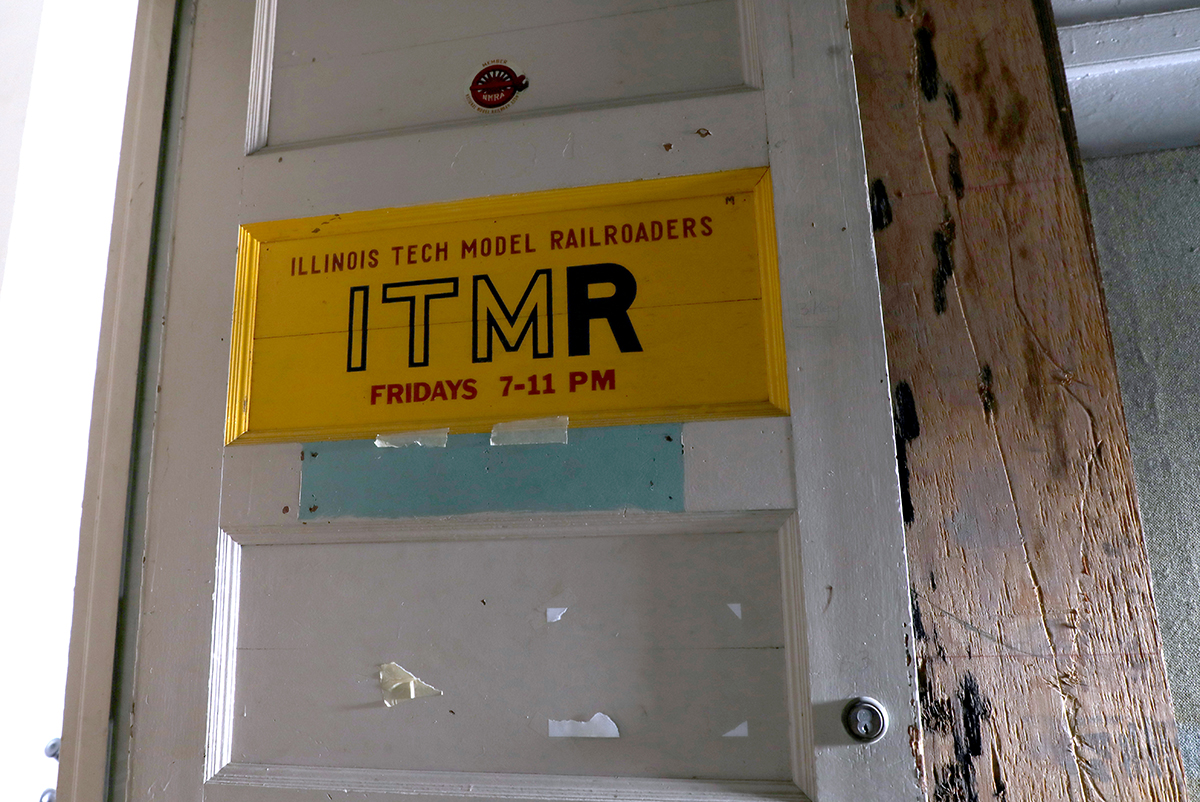 Most of their domain has been dismantled, but tangles of wires hint at the intricacy of their work. 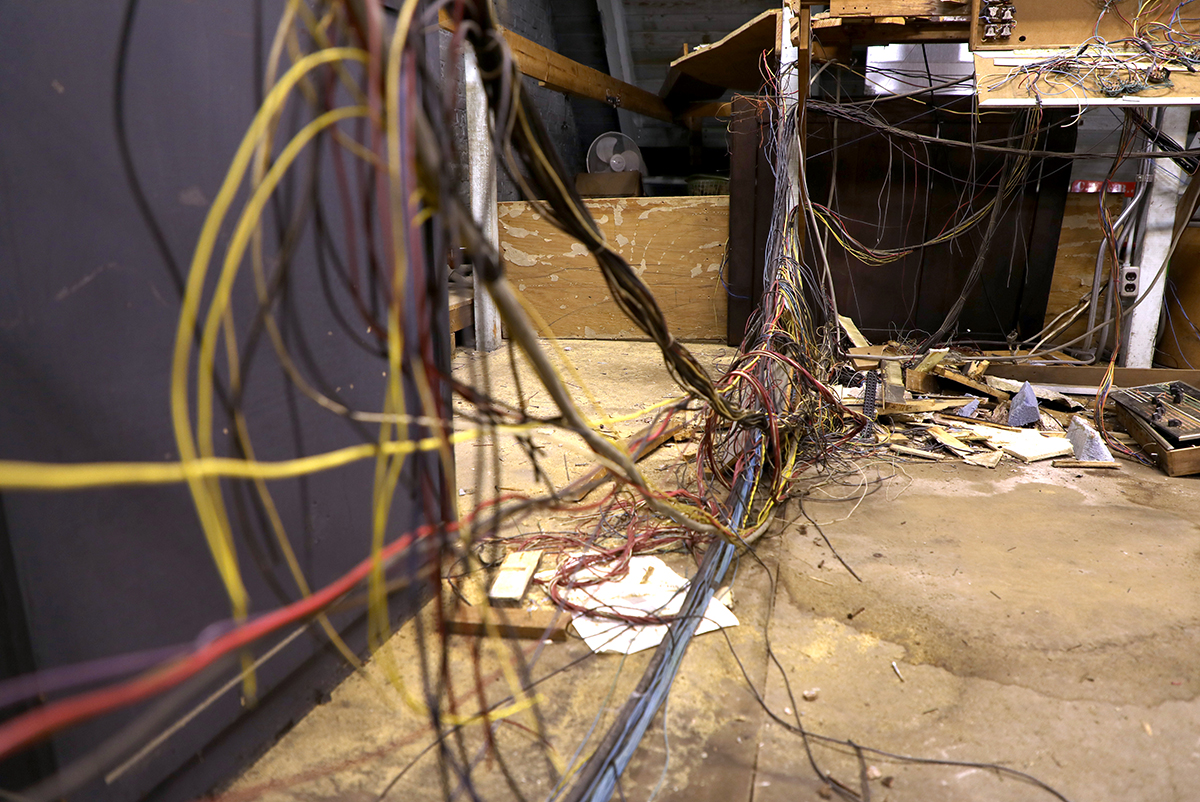 The leaning building of Armour

A series of fires damaged the Armour building over the years, including a 1950 fire that wrought significant structural damage on the south end of the building, according to the developer Foreman. That end of the building leans a little to this day. 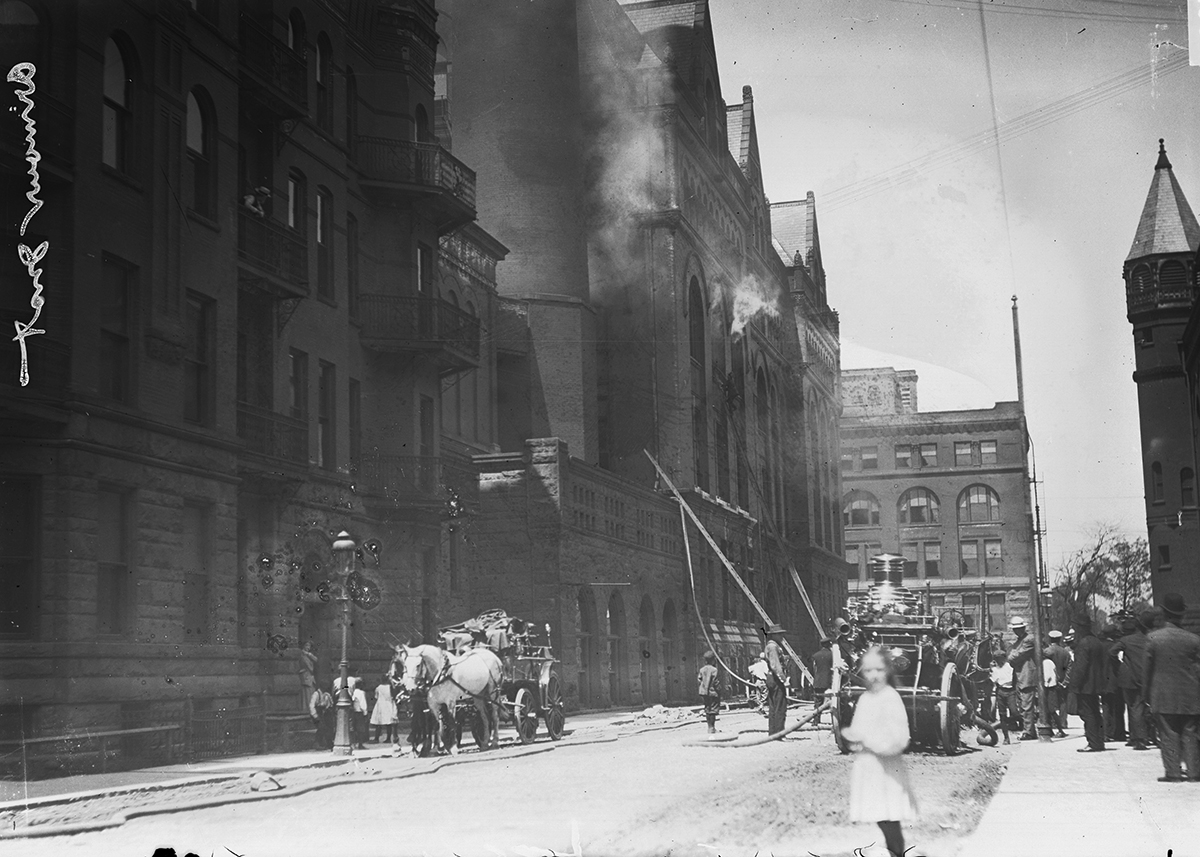 Repairing this tilt will be one of the first steps toward redeveloping the building, Foreman said, but it’s unclear when construction will start. He originally said he planned to have the transformation complete by August 2018. Foreman said there are two reasons for the hold up: He’s still waiting on the historic preservation tax credits to process, and he has two other historical South Side redevelopments on his plate.