The building we're talking about isn't haunted by ghosts — that we know of — but it is haunted by unanswered questions. Why is there a barely marked tomb in a busy park? Is anyone buried there? And if there is … how many other human remains might be lurking beneath pretty Lincoln Park?

This small stone building nestled in the curve of LaSalle Drive behind the Chicago History Museum is the Couch Tomb, one of the only hints to visitors that the southern tip of Lincoln Park was once the Chicago City Cemetery. 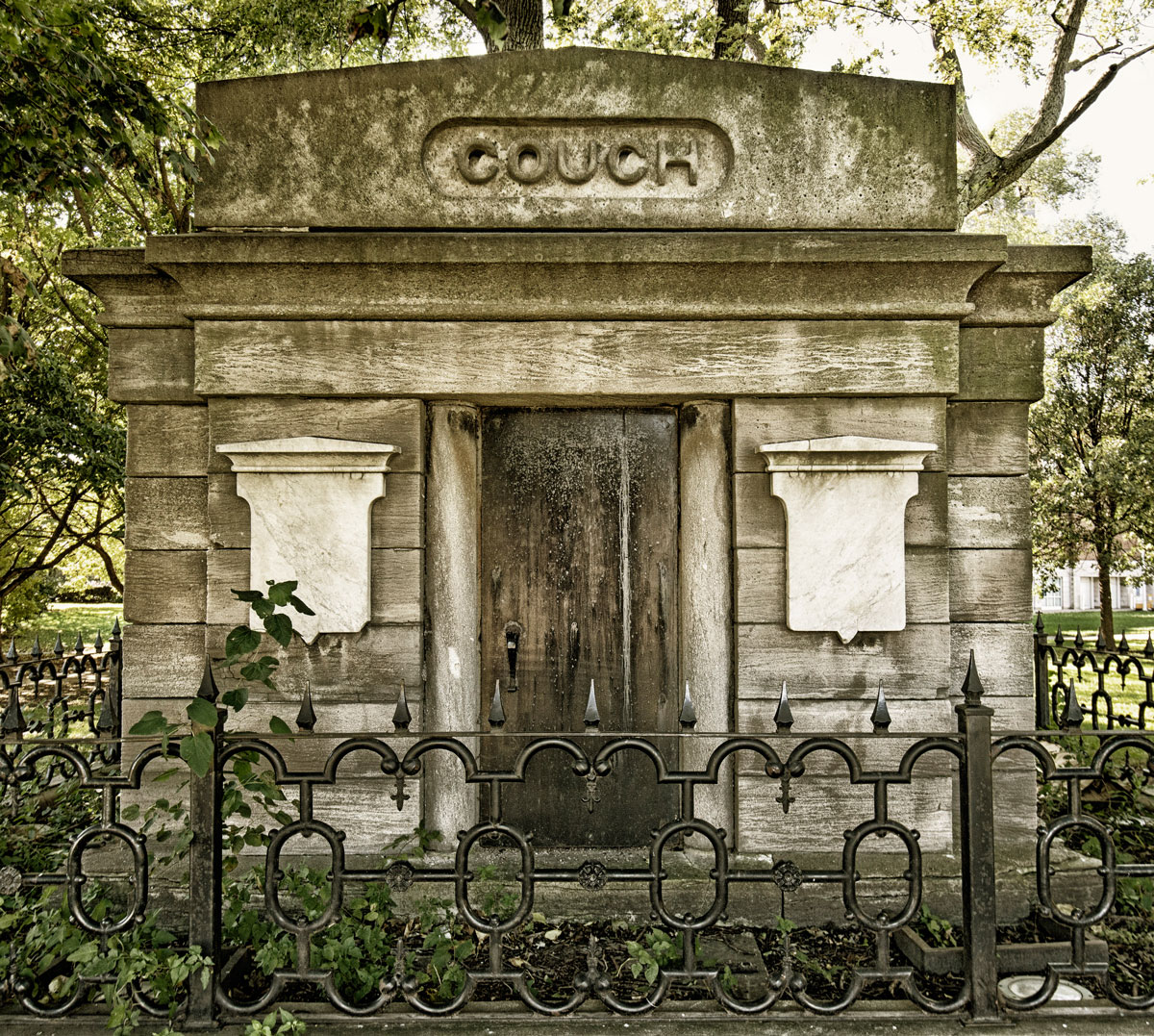 Just about the only thing that can be said about it with certainty is that it's a tomb. Nobody knows how many people were buried in it or if their remains are still there. It's also unknown why this tomb stands when nearly all other vestiges of Chicago's old city cemetery are gone.

Here's what we do know: The tomb was built in 1858 for Ira Couch, who had died the year before. 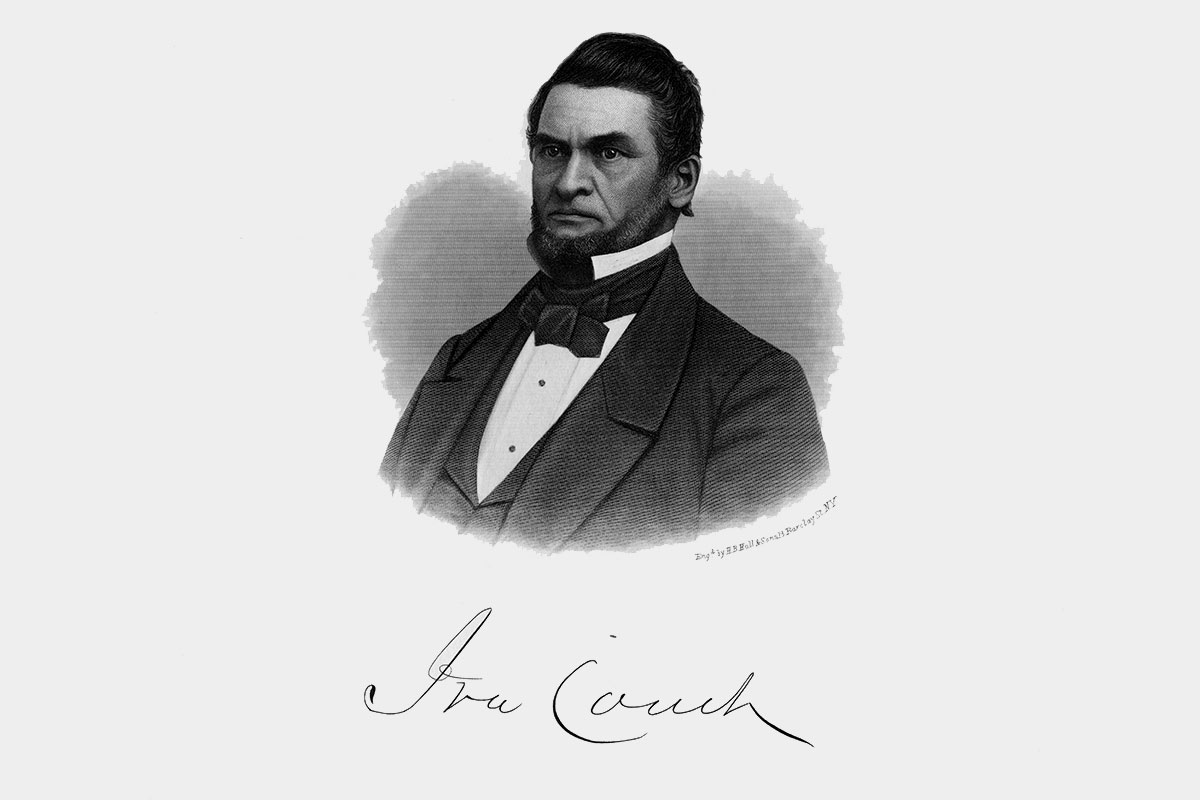 Couch was a prominent businessman who had arrived in Chicago in 1836 at age 30 and became the proprietor of Chicago's second hotel, the then-3-year-old Tremont House, on the corner of Lake and Dearborn streets. By the time he died 21 years later, Couch had sold the hotel and become a wealthy real estate investor. The architect of his grand hotel, John Van Osdol, also designed Couch's pillared, 50-ton Greek Revival tomb.

The most thorough research on what happened with the old cemetery was done a decade ago by Chicago artist and professor Pamela Bannos. Her meticulous research, which you can read here, suggests that at one time roughly 35,600 bodies were buried at the city cemetery and the adjacent Catholic Cemetery. 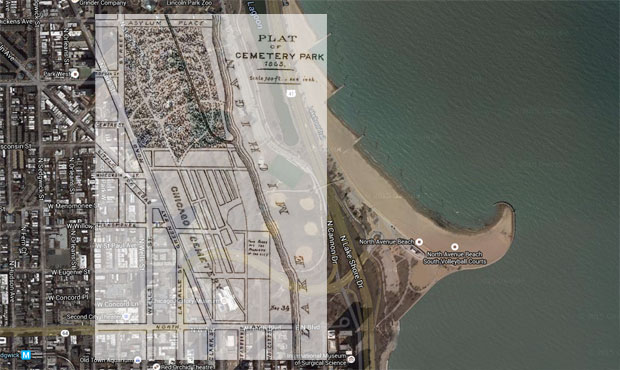 But just a year after Couch's tomb was completed, Chicago physician John Rauch started pushing to close the city cemetery and move the bodies. He believed contaminants from corpses, what was then called " miasma ", could leak from into Lake Michigan or bubble up into the air above the ground. This was in the same era that Chicago was trying to keep sewage out of Lake Michigan by reversing the Chicago River and digging successively deeper canals to carry it down toward the Mississippi.

The process of moving the thousands of graves out of the city cemetery began in the mid-1860s, but did not end before the Great Chicago Fire swept through the cemetery in October 1871. According to an article from the era , "the flames had even made havoc among the dead, burning down the wooden monuments, and shattering stone vaults to fragments, leaving exposed many scores of the remnants of mortality that had smoldered for years in oblivion." 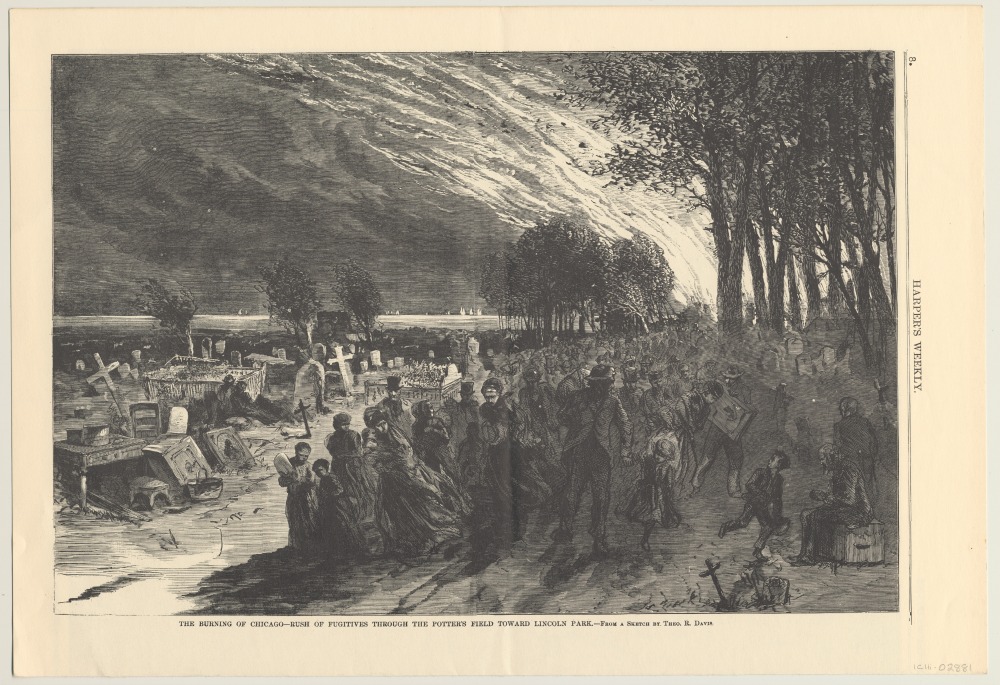 pan>around 12,000 bodies – about one-third — may never have been dug up and moved, as city ordinances required. Some were forgotten after their markers were wiped out in the fire, some were left behind because transfer records were fudged, and others for other reasons.

Why did the Couch Tomb stay?

Researchers haven't been able to make a definitive decision about why the Couch Tomb was allowed to stay as the land became a park. Most historians have come to the conclusion that it may simply have been too expensive to move. 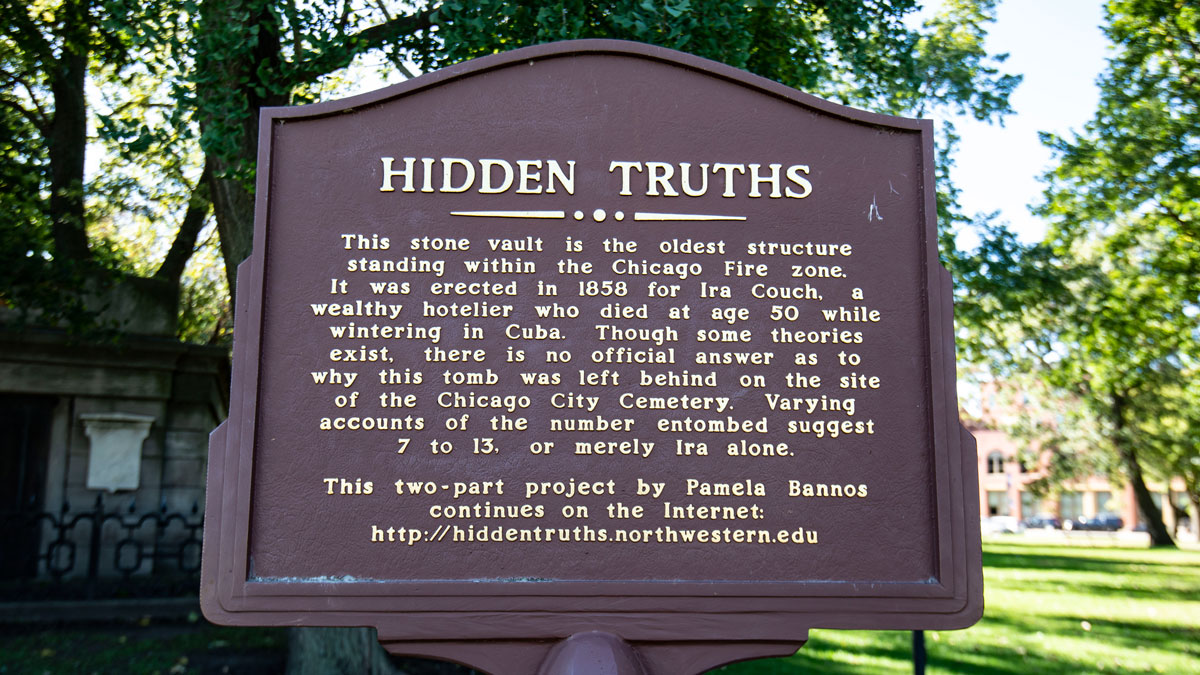 So it remains, hidden by branches and shrouded in mystery. The two blank marble plaques that flank the door intensify the mystery of the Couch Tomb: We don't even know precisely who was buried in the Couch family vault other than Ira. Or if anyone was.