When a judge in Chicago handed down a less than seven-year sentence to the police officer who killed Chicago teenager Laquan McDonald, anti-violence activist Kina Collins was already in the throes of her next plan.

“I was not satisfied,” Collins said. She felt like City Hall had been complicit in hiding from voters the details of Laquan McDonald’s death.

Collins formed a coalition of neighborhood groups called Brand New Council. And they are working to get young, progressive candidates of color into office in Chicago. They’re knocking on doors, registering people to vote, and sending postcards to get people — particularly young people — to the polls in the Feb. 26 election.

“We really need to get to the root, and a lot of the root of why black and brown Chicago and young people cannot elevate in the city of Chicago is because we have those same elected officials selling us out in the regular session in City Council,” she said.

Collins is hoping to piggyback on historic momentum the country, and Chicago, saw during the November 2018 midterm elections.

“Millennials — we are the electorate,” Collins said. “. . . And I do predict, just like we saw in the midterms, that we’re going to see a huge wave of millennial voters and voter turnout.” 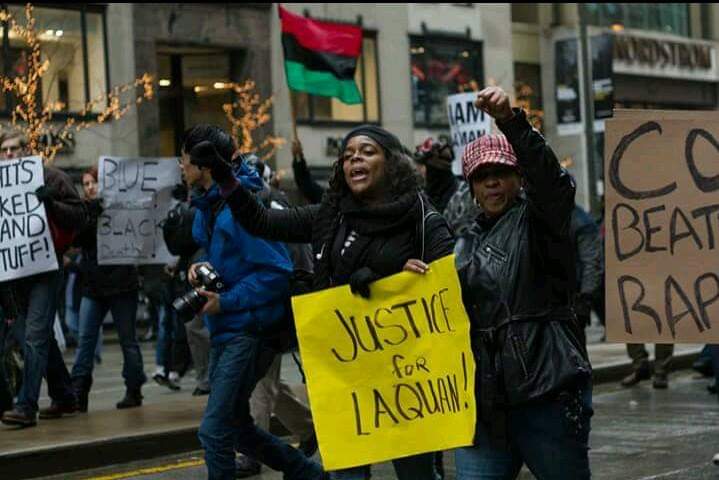 Chicago saw a surge in voter turnout during the 2018 midterm elections compared to the previous midterms in 2014, and that increase was most prominent among young voters.

The group between the ages of 18 and 24 saw a 95 percent increase in voter participation.

And millennials, between the ages 25 and 34 years old, comprised the largest number of voters among all age groups, with an 88 percent increase over the last midterm elections.

“Young people are really on fire right now,” said Kei Kawashima-Ginsberg, executive director of the Center for Information and Research on Civic Learning and Engagement at Tufts University.

The center’s most recent survey of young people showed that cynicism about politics right now is actually a motivator for young people to get out and vote.

Candidates like Will Calloway, an activist best known for his work to get the video of Laquan McDonald’s killing released, want to use the motivation of young people to advance their interests.

He’s now running for alderman against an incumbent who was elected to City Council in 1999.

“We’d done everything. We’ve marched, protested, done economic disruptions, Black Friday protests,” Calloway said. “I think I’ve done everything in my power to change what I could from the outside. Sometimes to change something, you have to change it from within.”

Calloway has secured the endorsement of Brand New Council, which isn’t exactly an easy feat.

The 16 candidates the group has endorsed so far had to apply and sign on to requirements like term-limiting themselves, vowing to push for an elected school board, and creating a youth advisory board within the ward they’d represent.

Brand New Council is targeting a handful of wards on the South and West sides that Collins thinks have been most negatively impacted by some government decisions.

While it’s hard to measure the force of the coalition, Collins is already counting this election season as a win because of the all the progressive candidates of color she’s been able to work with.

That’s a sentiment that resonates with 22-year-old Devonta Boston.

“I actually just registered to vote this year, because before, I really didn’t believe in it and I was really against it,” he said.

Boston said he made the decision to vote for the first time ever this year because there are more people like him, even some of his own friends, who are running for office this time around.