Over the years, he’s saved money in hopes of opening his own business.

That’s Eduardo’s American dream — the one that ultimately brought him to Chicago almost 20 years ago. Eduardo was just 18 years old when he migrated to the U.S., without a visa, in search of employment to help his siblings.

It was his dream to open his own business to secure a prosperous life for his family — the one he left behind in the impoverished state of Guerrero in Mexico and the one he started here in Chicago. Eduardo met his wife, Erika, here, and they started a family. They have four children, and they’re expecting a fifth. Erika is pregnant. They are all citizens, except for Eduardo.

Two months ago, Eduardo made that dream come true when he opened a small restaurant on Chicago’s South Side. 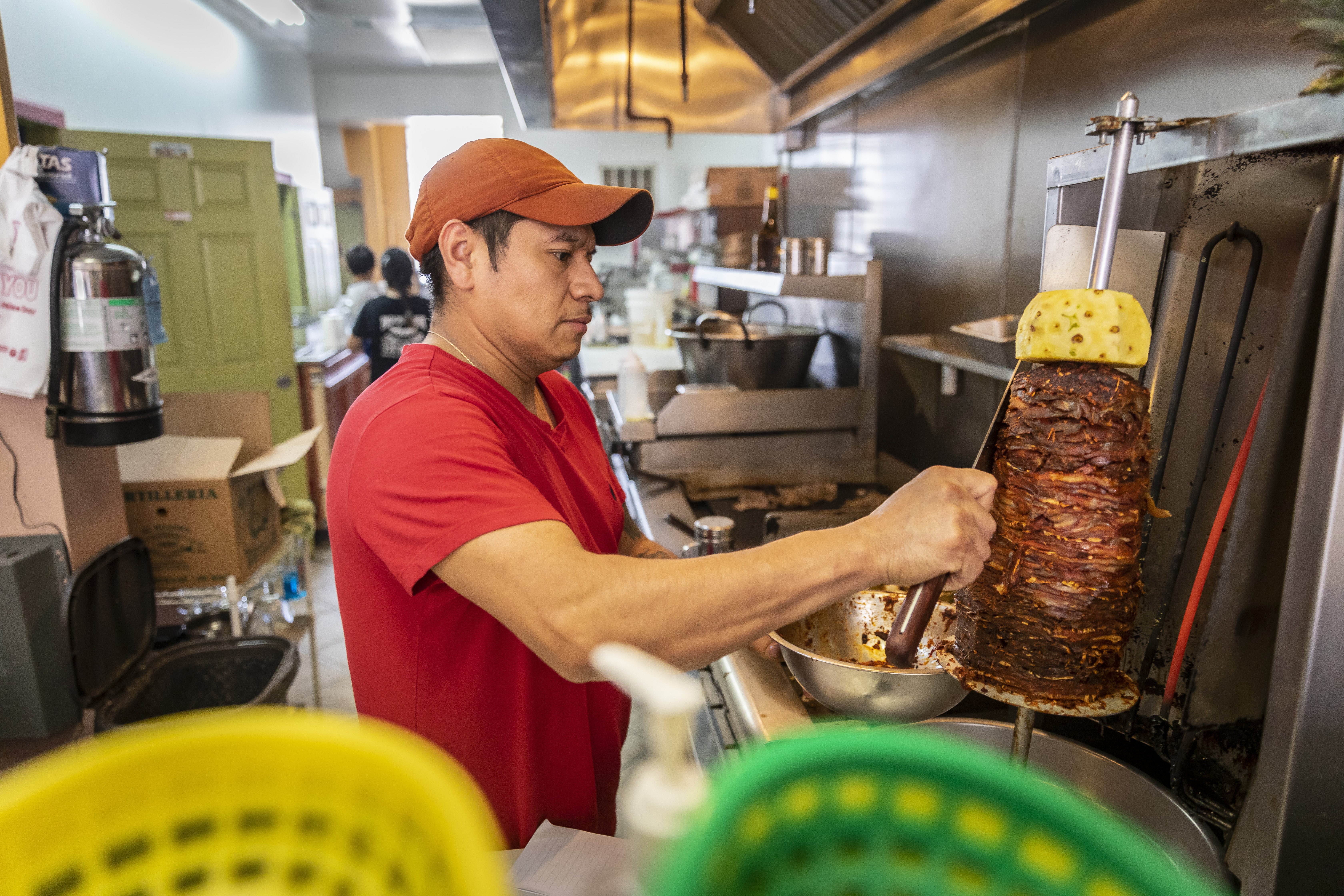 But the threat of immigration raids in Chicago this weekend has Eduardo afraid of losing his family and business. He is undocumented and declined to have his last name used for this story, for fear of being deported.

“We just started this small business. This is for my children’s future,” Eduardo said in Spanish.

“But starting it now during this difficult time for immigrants is a little intimidating.”

Since President Donald Trump announced, and later postponed, immigration raids in major U.S. cities, Eduardo’s family has been terrified. Over the last three years, Trump has followed through on many of his tweets announcing new immigration policies, including the Muslim ban.

If Eduardo is arrested by immigration officials, Erika will be in charge of running the business. That’s too much for her, she said.

“I would feel a lot of pressure,” she said. “Since we opened, I’ve started learning. And I try to learn. But if it’s hard for him, it will be hard for me, too. But I don’t accept it. I tell him, ‘Don’t worry, nothing is going to happen.’ ”

Eduardo doesn’t agree. He wants her to be ready to step up because, if he’s deported, he doesn’t want his children to move with him back to Mexico. It would be selfish, he said, to take his children to a state with few educational opportunities. 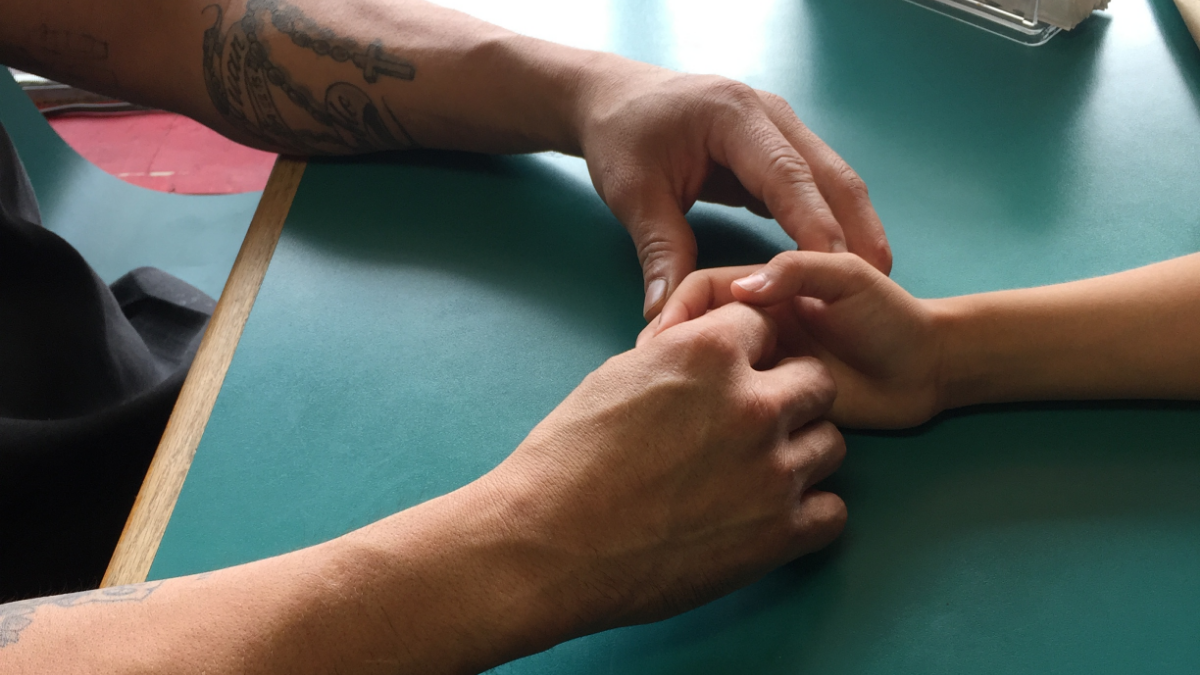 The threats of mass immigration raids are also impacting immigrant businesses in Chicago. Eduardo said business at his restaurant has slowed down a lot since Trump’s tweets threatening raids. Business owners in the Little Village neighborhood also said that sales have decreased dramatically in the past few weeks. The largely Mexican neighborhood on Chicago’s Southwest Side is home to the city’s second highest-grossing retail district — trailing only the Magnificent Mile. Normally, street vendors and customers fill the two-mile stretch along 26th Street.

Lourdes Padilla is a waitress at a restaurant in Little Village.

“Regularly, around lunch time, there’s more people in the restaurant,” Padilla said in Spanish. “And now, it’s noon, and I only have one table. We hope it gets better because the businesses here are slow. Maybe people are afraid to come out.”

Advocates said there’s a reason immigrants are afraid. While Chicago and Illinois have been labeled as sanctuaries, federal agents can still arrest and deport immigrants. 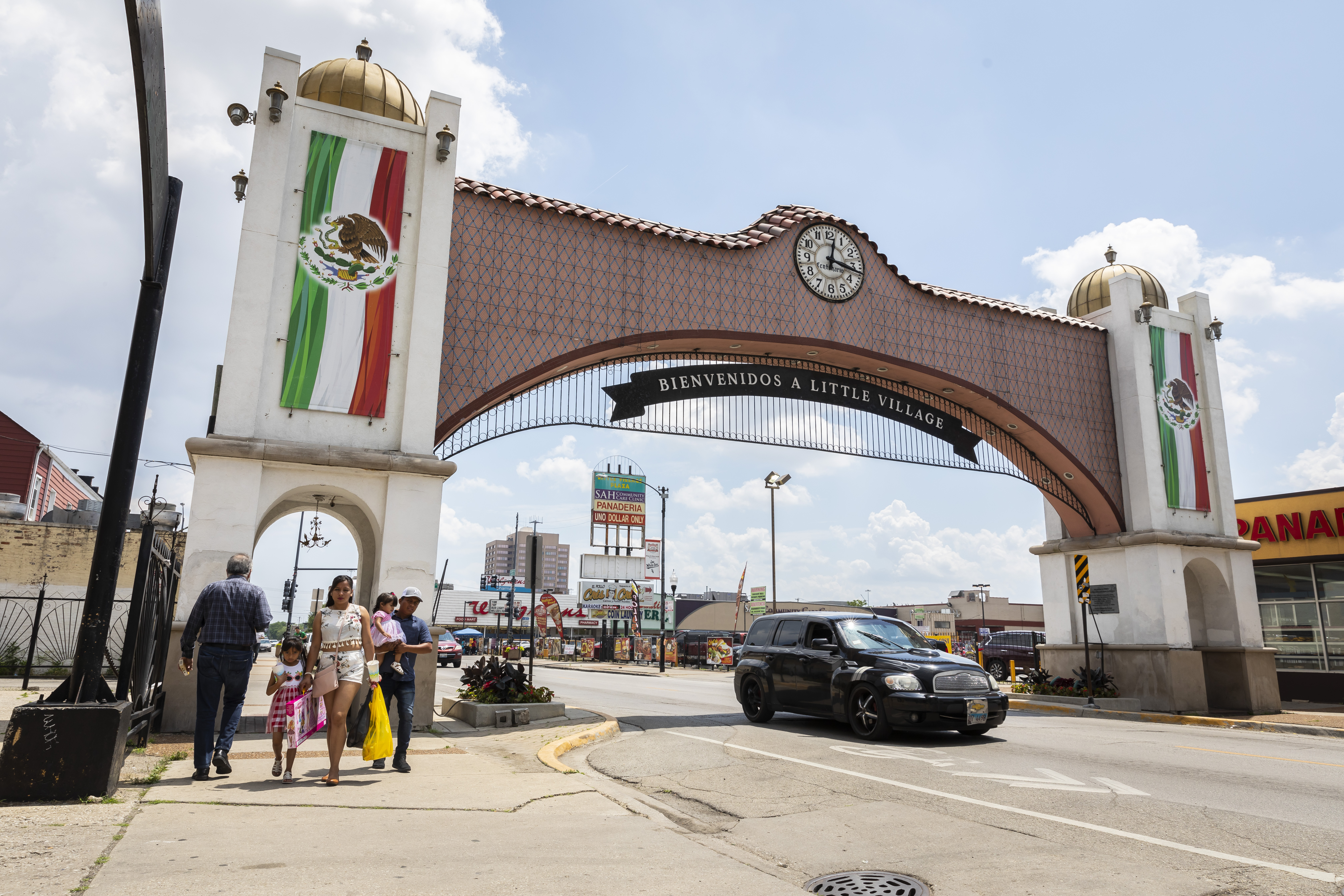 During a recent “know your rights” workshop at the Mexican Consulate on Chicago’s West Side, the message was clear: City ordinances and state laws only limit federal access. Immigrants should be prepared and should know the best way to interact with immigration enforcement agents.

Estela Vara, an immigration activist with PASO West Suburban Action Project, led the workshop. First rule: don’t open the door. She told the audience they should never open the door to immigration officials because they could arrest other people in the house.

If immigration officials have a warrant, Vara said to check and see if it is signed by an immigration judge. In that case, tell the officer to back away from the door, Vara said. Then exit the house through a different door before the officer gets in, she said.

If an immigrant is arrested, Vara said that they should never answer questions.

She encouraged immigrants — including those who don’t speak English — to memorize this statement: “I wish to remain silent, to exercise my right to remain silent and to refuse to answer any questions.”

But long before a federal agent knocks on their door, immigrant families should be preparing, said Ruth Lopez-McCarthy, managing attorney for the legal protection fund at the National Immigrant Justice Center (NJIC).

Lopez-McCarthy said parents have to think about short-term guardianship and to make sure that other legal paperwork are in order. She said immigrant families should also update their emergency contacts and their children’s school forms. They should also memorize an emergency contact number in case immigration officials make an arrest.

“We call these preparedness. The idea there is that you begin to have a conversation with your family and those around you,” Lopez-McCarthy said. “Make sure that you’re preparing. You’ve got all the emergency contacts updated, and you’ve spoken with family members, individuals who have status and who can take your children.

Lopez-McCarthy said immigrants should always request an attorney if they are detained. She said NIJC provides attorneys and that immigrants should call (312) 660-1370. Chicago residents qualify for free services.

Even without large-scale raids of the magnitude Trump has recently promised, immigration enforcement actions have been routine during his tenure, advocates said.

Last month, officers with U.S. Immigration and Customs Enforcement arrested 45 immigrants in Illinois. In total, 140 immigrants were arrested in a five-day “enforcement surge” conducted in six Midwestern states, according to a department press release.

Advocates said that undocumented immigrants are at risk — even those who have not received orders to leave the U.S.

When federal agents pursue immigrants with removal orders, it’s called “targeted” enforcement. However, during those targeted arrests, agents also arrest other undocumented immigrants that might be living in the same house. Those arrests are labeled “collateral.”

“If they go to a home looking to detain one person and they are allowed to go into that home, they will interview everyone. And whoever presents invalid immigration status, they will be detained and put in deportation proceedings,” said Rodrigo Baez, counsel of protection with the Mexican Consulate in Chicago.

He said they are taking Trump’s threats seriously.

“We have seen a rise of these numbers of collateral detainees,” Baez said. “It is just a consequence. The causes or the reasons could because there are more people detained. It could be a consequence of operations of targeted enforcement.”

The Mexican Consulate has a number nationals can call, 855-463-6395, to get more information. They also have an app, MiConsulMex.

Correction: A previous version of this story provided an incorrect name for the Mexican Consulate's app.