Before he managed to kick his gambling habit in 2014, Chris — a 62-year-old lawyer and grandfather — saw a good chunk of his retirement account disappear at the craps tables of Rivers Casino in Des Plaines.

“I estimated that I lost somewhere between $600,000 and $700,000,” he said last week in the living room of his house in Chicago’s Portage Park neighborhood.

With help from his gambling-addiction counselor, Chris says he hasn’t gambled in five years and is confident he will resist the temptation of all the new opportunities to bet that Illinois lawmakers approved this month.

But Chris and other recovering gambling addicts say they fear the impact the expansion will have on others who are still hooked. And they say more gambling opportunities inevitably create new addicts.

A review of Springfield’s 816-page gambling bill by ProPublica Illinois and WBEZ found that the number of state-sponsored gambling “positions” — seats to place a bet inside a casino, bar or racetrack — will jump from almost 44,000 to nearly 80,000.

“There’s going to be gambling on every corner,” said Chris, who asked that his last name not be used in this story to spare his family embarrassment. “I’m a [Chicago] Bears season-ticket holder. I’m going to be able to bet on the Bears before the game. It’s crazy what the expansion is doing.”

Democratic Illinois Gov. J.B. Pritzker has indicated that he will sign the gambling bill. The first-term governor and lawmakers say they hope to shore up the state’s battered finances and pay for long-overdue capital projects with hundreds of millions of dollars a year in new revenue from gambling, though revenue projections of 2009’s gambling expansion fell short.

But Pritzker said he has not ignored the state’s gambling addicts and budgeted $6.8 million in the coming year to fund programs that could help them cope with their habit.

“We’ve very much focused on that,” Pritzker said last week when asked about the impact of the expansion on gambling addicts. “We’ve got to make sure that those addiction treatment and therapy opportunities are all over the state, wherever there may be people who have a gambling addiction problem.”

In February, a ProPublica Illinois-WBEZ investigation found the state had failed to address the issue of gambling addiction in any meaningful way, even as lawmakers approved a huge gambling expansion a decade ago.

Illinois is one of only a few states that have chosen not to track the rate of gambling addiction. Now, though, Pritzker administration officials say they plan to conduct a statewide study to measure addiction — the first such study in nearly three decades.

The $6.8 million that’s been set aside to help with gambling addiction was part of the budget that lawmakers also approved this month.

The amount would represent an increase of more than 750% compared with the roughly $800,000 a year that Illinois had been spending to help compulsive gamblers.

There currently are 10 casinos in the state, but the opportunities to bet grew exponentially when lawmakers and then-Gov. Pat Quinn, a Democrat, legalized video gambling machines in 2009.

Now there are 7,000 places that have as many as five video gambling machines each in 1,000 towns across Illinois. The total number of machines outside of casinos has surpassed 31,000, and gamblers have lost about $5.8 billion at the devices, state records show.

When they legalized video gambling, lawmakers promised they would provide $1.5 million a year for addiction services. But they quietly removed the provision of the bill that guaranteed the funding.

And much of what was allocated by Springfield has gone unspent, meaning the amount of state dollars going to agencies that serve addicts has actually decreased in recent years, ProPublica Illinois and WBEZ reported in February.

Pritzker said last week that he was well aware of that sad track record as his administration crafted its first budget.

“There were not a lot of dollars for [gambling addiction programs] in prior budgets,” Pritzker said. “We’ve expanded it. But in prior budgets, you know, it’s only about $1.5 million, and they weren’t even spending that.” 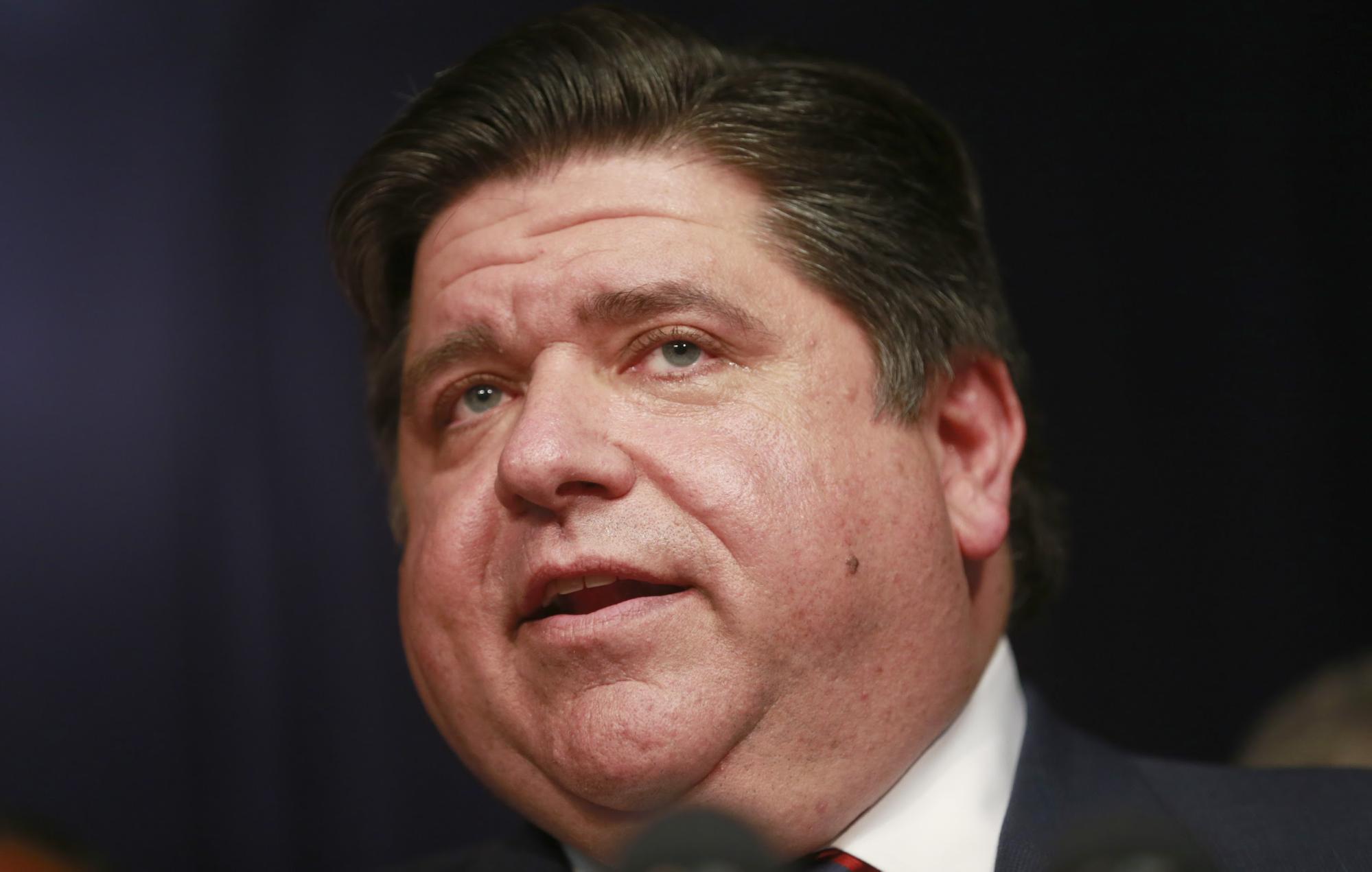 www.weknowthefeeling.org">www.WeKnowtheFeeling.org. Those seeking help also can call the state’s hotline, 1-800-GAMBLER, or text ILGAMB to 53342.

When he finally managed to quit betting, Chris, the recovering gambler from Chicago, went to a rehab center in Louisiana and then spent a month at a suburban Maywood treatment center called the Way Back Inn.

The group’s executive director, Anita Pindiur, said she and other advocates for compulsive gamblers were often frustrated when the administration of former Republican Gov. Bruce Rauner restricted the disbursement of grant funds that lawmakers budgeted.

Pindiur said she is excited about the funding increase in the new state budget, and she has lots of ideas of how the money could be put to the best use.

She is one of only 63 people in the entire state who are credentialed as problem and compulsive gambling counselors, according to the Illinois Certification Board.

Like Chris, Pindiur is wary of the state’s plans to expand gambling. “I don’t think we have enough trained professionals to deal with the potential problem that might be coming,” she said.

With the state’s casinos, problem gamblers often can try to control their habit by putting themselves on the Illinois Gaming Board’s “self-exclusion list.” Anybody on the list who gets caught in a casino faces arrest and the confiscation of any winnings.

The new gambling bill calls for the creation of a self-exclusion list for sports bettors, too.

But there still is no self-exclusion list for people who bet at the state’s 7,000-plus locations of video gambling machines. Internal gaming board memos obtained by WBEZ and ProPublica Illinois show state officials expected video gambling — which some experts say is so addictive it’s called “the crack cocaine of gambling” — would increase the number of problem gamblers.

But state officials feared that creating a self-exclusion list for video-gambling places would generate pushback from industry interests and lawmakers who would not want revenue from the machines to decline, the internal memos show.

Of the $5.8 billion generated by video gambling in Illinois since the machines went online, about $4 billion was kept by private investors in the machines, and nearly $1.8 billion has gone to state and local governments, according to a ProPublica Illinois-WBEZ analysis of gaming board records.

‘I have to worry about myself’

Many problem gamblers rely on support groups run by Gamblers Anonymous. On June 3 — a day after the Illinois Senate approved the expansion — seven recovering addicts met at a Gamblers Anonymous meeting in a tiny Methodist church in Loves Park, near Rockford.

The Rockford area has nearly 200 betting locations with a total of 900 video gambling machines, some on the same street as the church. And now, thanks to the new legislation, the city is in line to open a new casino with 2,000 more positions.

One member of the Gamblers Anonymous group in Loves Park drives an hour each way to get to the meeting.

A woman who was there last week said she had managed to avoid gambling for more than 20 years.

But Will, a retired worker at an auto plant, said he has been “free from gambling” for less than 14 months.

Will said he was focusing on keeping himself accountable rather than thinking about what happened in Springfield, though he had heard about the approval of a Rockford casino.

“I don’t care how much gambling comes to Illinois, as long as I’m not gambling, you know?” Will said. “I have to worry about myself.”

“To say I’m not going to gamble anymore puts a lot of pressure on me,” he said. “It’s a day-to-day reprieve.”

He added: “Some people can gamble, but I have a problem with myself gambling. Yes, it would be a lot easier if it wasn’t in the community and you had to travel. It’s going to become a problem for people like myself, if they’re actively gambling.”

Dan Mihalopoulos is an investigative reporter for WBEZ. Follow him at @dmihalopoulos. Jason Grotto is a reporter at ProPublica Illinois. Follow him on Twitter at @jasongrotto.