A group of teachers at Chicago’s Old Town School of Folk Music announced Tuesday that they filed a petition to form a union.

Teachers, students, and supporters rallied in front of the music school’s main Lincoln Square campus. The Old Town Teachers Organization (OTTO) said the Illinois Federation of Teachers is assisting with organizing efforts. OTTO filed a petition with the National Labor Relations Board, or NLRB, on Monday.

Old Town’s acting executive director Rashida Phillips said in November that enrollment in music classes at the school have been trending downward over the last five years. Phillips said those classes are “the bread and butter” of the organization, and the school needs to fill a budget shortfall this year.

OTTO speakers said Tuesday that teachers should be at the table when programming and curriculum changes are made at the school.

“Together as a collective group, we will ensure that our knowledge, talents, and voices are valued and incorporated by an administration we can partner with in order for us to do the important work we all believe in,” said Lindsay Weinberg, a piano, guitar, and voice teacher.

Chris Walz, a teacher at Old Town for 22 years, said there have been talks throughout the years to unionize, but those plans really picked up steam in October 2017. Walz said representatives from the teaching staff came to management several times to discuss options for working together outside a union structure.

“There were smaller groups of teachers and administration, a compensation specialist was brought in to on the question of wages,” Walz read from a statement. But, he said, “with every meeting, we gained no ground.” 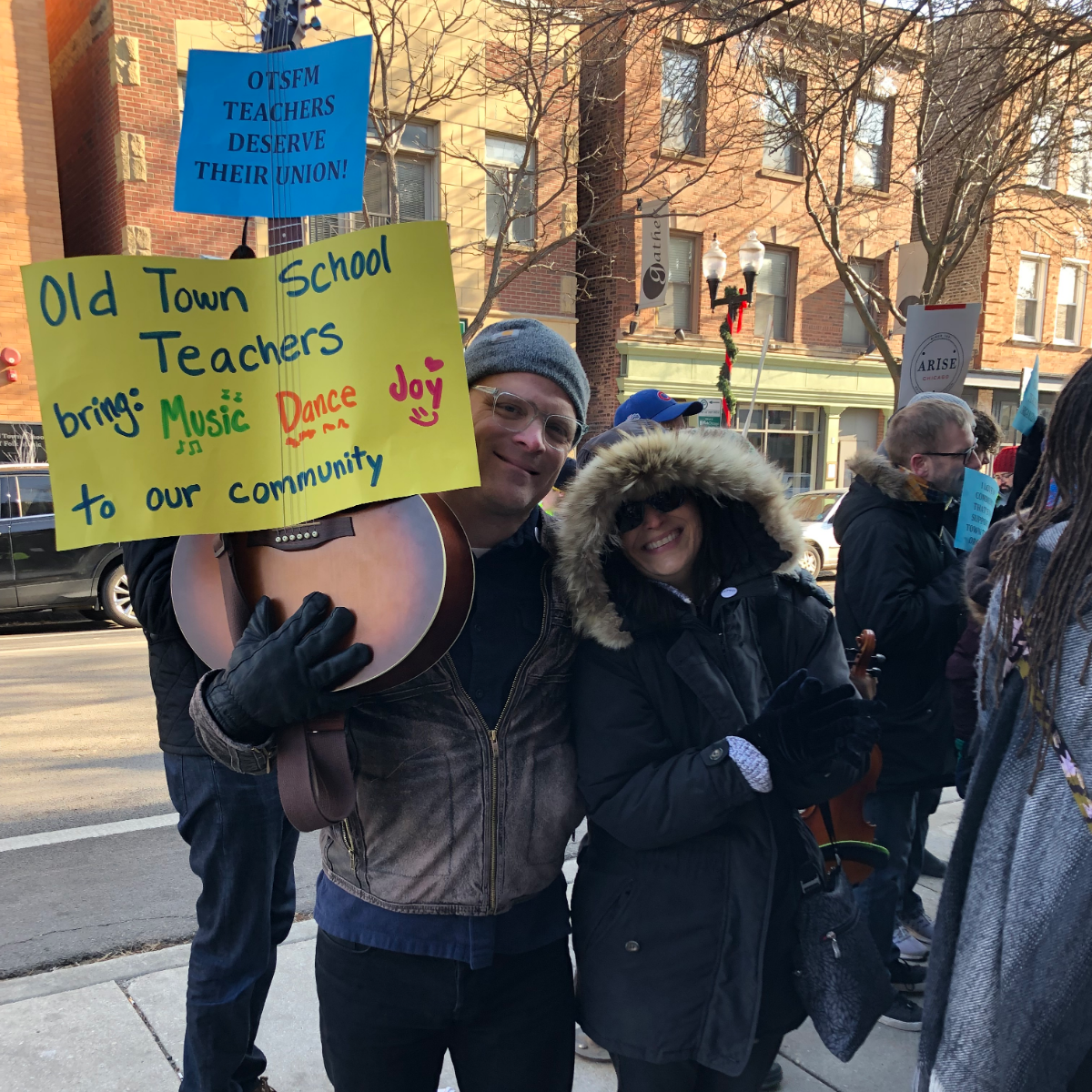 Walz didn’t specify what demands teachers are making of Old Town administrators, and said they are at the start of putting together a contract. Teacher Lindsay Weinberg pointed to a sign a member of the group was holding that read, “It’s Simple: Listen to the Teachers!”

Weinberg noted, “A big part of this is teacher voice,” and said previous discussions with the administration about how to increase enrollment and market classes have not been implemented.

In a statement, Old Town School of Folk Music said they received the teachers’ petition filed with NLRB and are reviewing it. It went on to say: “We recognize and respect the teachers’ right to organize and are committed to staying neutral as we move through the process set forth by the NLRB.”

Carrie Shepherd is a reporter for WBEZ. Follow her @cshepherd.